INTENSE BMX teams up with UCI and the World Cycling Centre 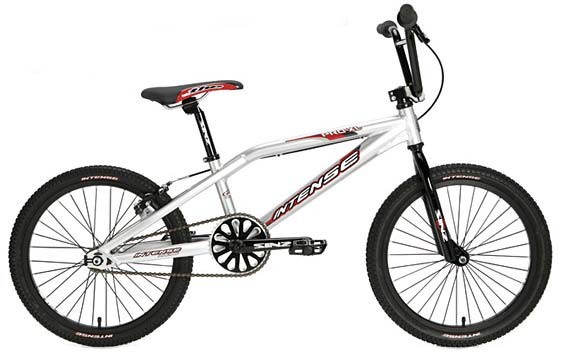 UCI is pleased to announce Intense BMX bicycles as the official BMX bike supplier for the World Cycling Centre in Aigle, Switzerland. The World Cycling Centre is the premier BMX and cycling training facility in the world, with a newly constructed Olympic BMX track. “We are excited to have Intense BMX onboard. We have the most advanced BMX training facility in the world, and we would only settle for the very best when it comes to supplying our BMX bikes” says Johan Lindstrom, UCI BMX Sports Coordinator.
Read more
News 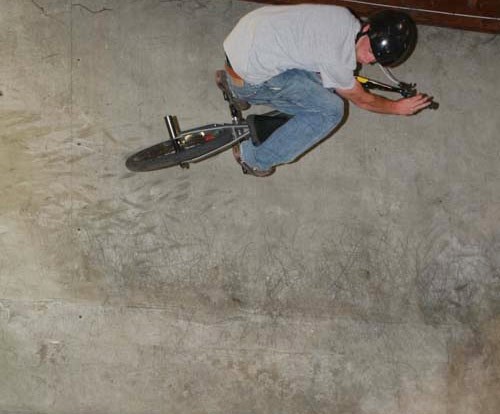 We are having the Free Flow Tour Contest Here at Ramp Rats on July 1st. Its only $10 to enter and there are a ton of prizes. The grand prize is a trip to Orlando to ride in the Fee Flow finals and possibly riding against the best in the world like Dave Mirra and Mike Spinner. It's 21 and under only and the JR. class is 15 and under. Sign ups start at 10 am and the contest starts at 1pm. We have a new set up as usual at RR and it should be a good comp. Last year we had the most BMX riders in the whole country. I want to keep that title again this year so come out and ride. It's Jam format so just ride and have fun with your buddies.
Read more
Racing 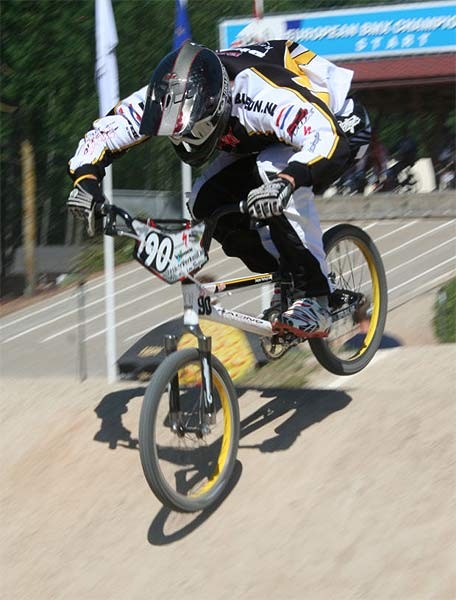 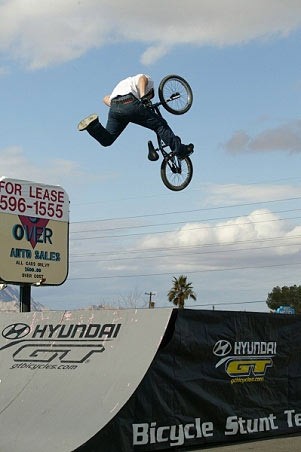 First and foremost I want to thank everyone who has helped in passing this message along. The initial flood of responses warranted a phone call from PayPal to make sure we were expecting the participation we got! We have received a ton of emails today and the money is starting to come in from all over the world! The immediate goal is to help with living expenses for the next six weeks as Stephen’s family from Great Britain and his wife and children will likely be staying in Baltimore MD for the next six weeks. This will no doubt be something that needs our help for a very long time.

Remember there are three different ways that you can help immediately. All proceeds will be given directly to the Stephen Murray Family.

1) Email This email address is being protected from spambots. You need JavaScript enabled to view it. with the dollar amount you would like to contribute. You will then receive an email back with the
Read more
Interviews

French Invasion; Bibi will be representing France in Canada 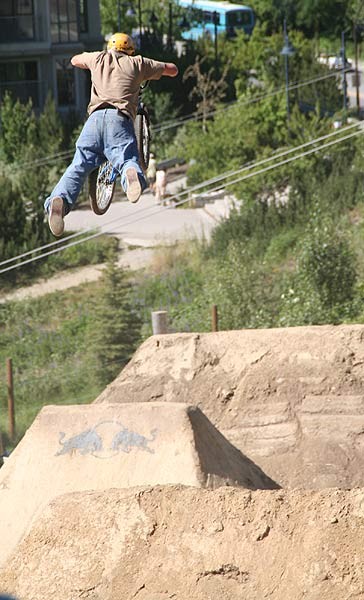 Jay Miron offered Bibi a ride at the 2000 X-Games in San Francisco. Bibi didn't know what had just happened to him. His hero asked him to ride for him. Since then Bibi has been around. He has his own model at MacNeil too. Riding for Macneil has its perks when the boss puts on international (invite only) contests. Bibi isn't complaining, he never is. Are you sure he's French?

1) What does the Elevation comp mean to you?
Hopefully it mean big jumps, a good time with good friends and why not some new ones, good partys, the sushi village, for me seat and see the other good riders...and tons of other good stuff.

2) Do you fancy riding real trails going down a hill?
Fancy mean funny??? oh yeah, if it’s not too dangerous I’ll like that. I like to be scared and riding fast.

3) Have you seen photos of the 2007 dirt jumps yet?
I saw some videos of Nick and it looks really dope. But I know Nick, he is really good and smooth, so it looks easy, but when you are on the top, it’s not the same
Read more
Racing 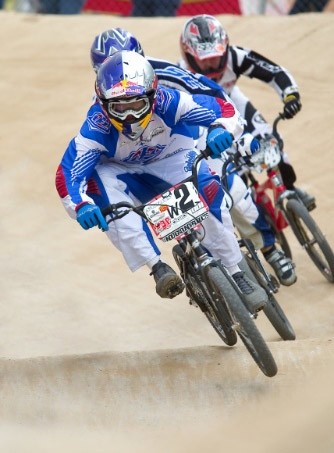 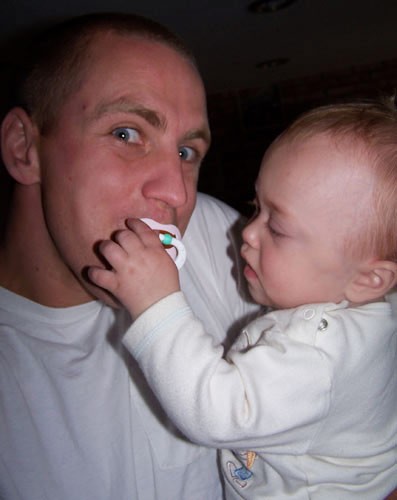 Stephen Murray is a BMX Athlete that could use help from the BMX community. Stephen is a professional dirt jumper that is well known for his amazing tricks like double back flips, 360 back flips, turndown back flips and so much more. Stephen Murray came to the United States from New Castle Great Britain over 10 years ago with a dream of riding with the best athletes in the sport. He came over here originally as a BMX racer but quickly took to Dirt Jumping and Freestyle in the scene of Huntington Beach and Sheep Hills.

2001 and 2002 marked the biggest year for Stephen Murray of his career. He won the Gold Medal in Dirt Jumping at X Games and back to back wins at the Gravity Games, the two biggest contests at the time.

Stephen is quoted on his own riding style, “I go 110%, go big and send it!” (EXPN.com)
Read more
Reviews 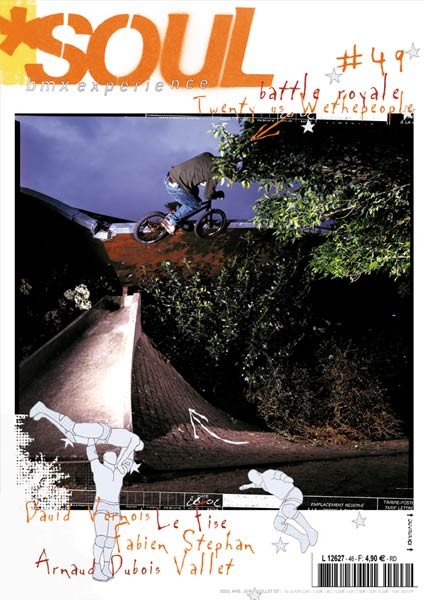 We received the new Soul BMX magazine from France today. On the cover: Jersey pocket air to axel stall on a roof by our french superman Jerome Gauthier! 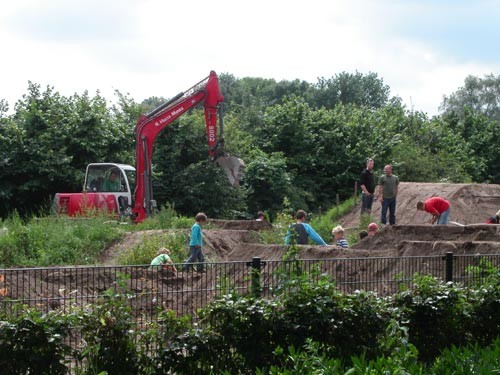 Masterbuilder JD SENNID and the GENERAL LEE have changed the famous SUGARHILLS trails in Aarle-Rixtel last weekend. Together with a lot of locals and a bulldozer provided by the city of Laarbeek they worked their ass off to make new lines. You can find 2 big jumps right from the higher/steeper starting hill and going to a big berm coming back with 4 jumps with all kinds of transfer posibilities ending in a big berm/pool and a wall ride. Of course it is not ready yet but if you come over with a shovel it will be ready sooner so don't be lazy and help the SUGARHILL locals to make the trails better than ever before.
Read more
Bizznizz 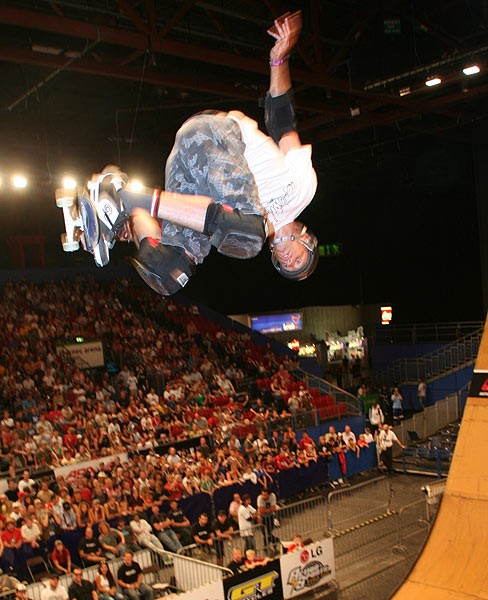 Dynacraft BSC, Inc., the U.S. bicycle distributor, entered into an exclusive licensing partnership with skateboarding legend and action sports pioneer, Tony Hawk. Under terms of this agreement, Dynacraft will develop several new lines of bicycles under the "Tony Hawk" brand. The line will debut at this year's Interbike show in Las Vegas at the end of September and be available in retail stores beginning Spring 2008.

The deal was brokered by IP Chemistry, a division of the Dimensional Branding Group. Dynacraft is planning two different series of "Tony Hawk" products designed for its many clients. "The Tony Hawk HuckJam Series" will be created for Dynacraft's mass merchandise customers. "The Tony Hawk Signature Series", being developed by Dynacraft's recently launched Specialty Retail Group, is for sporting goods chains and other specialty retail customers.
Read more
Page 4643 of 4932