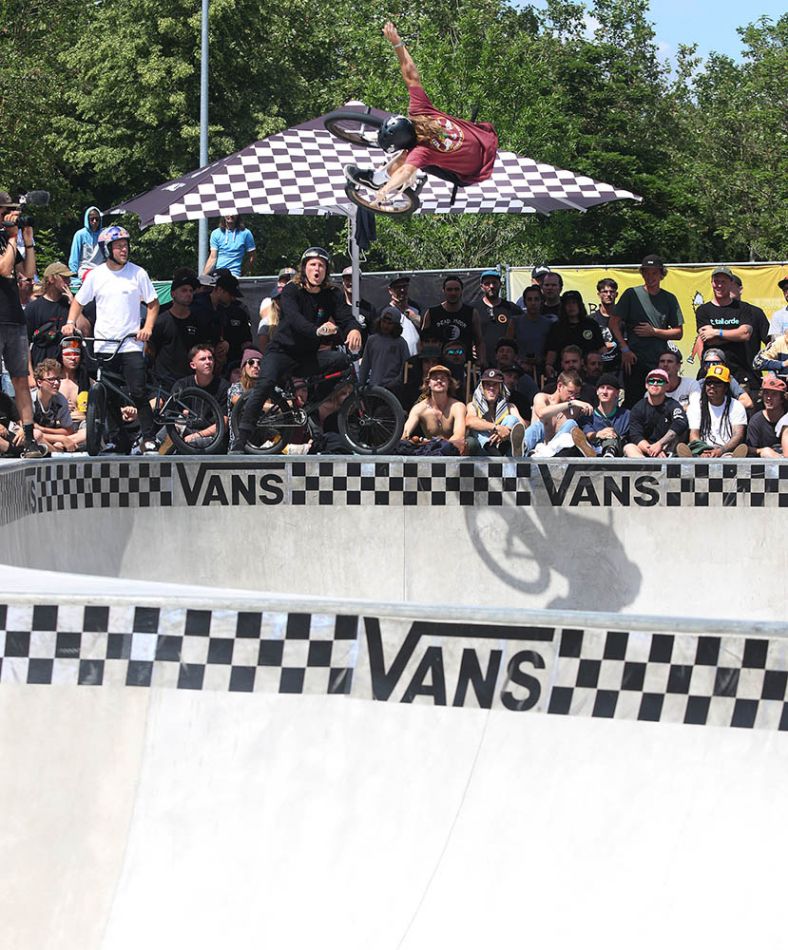 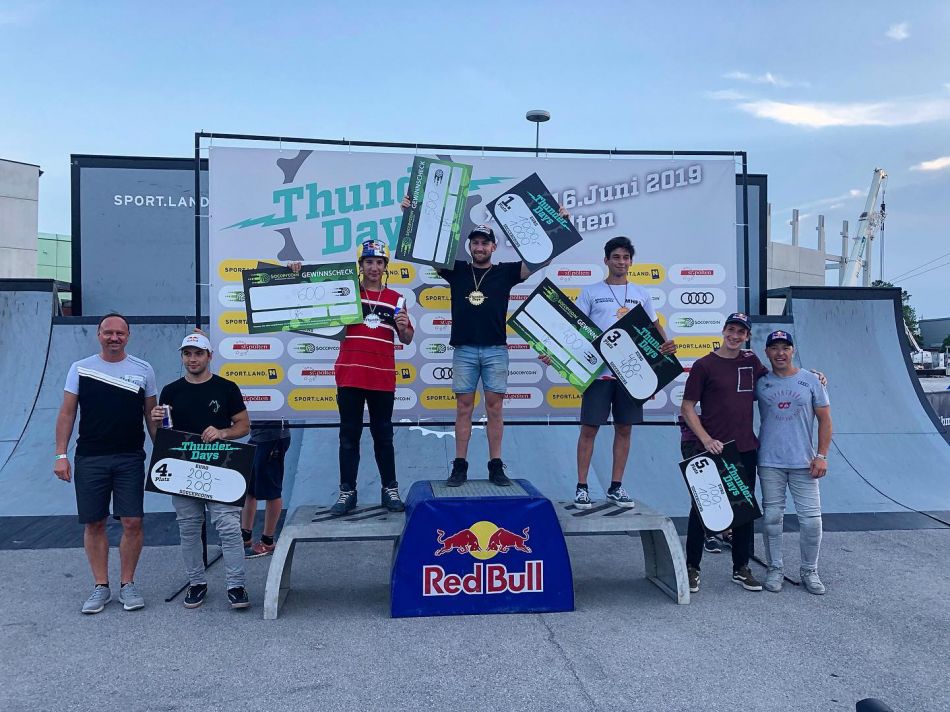 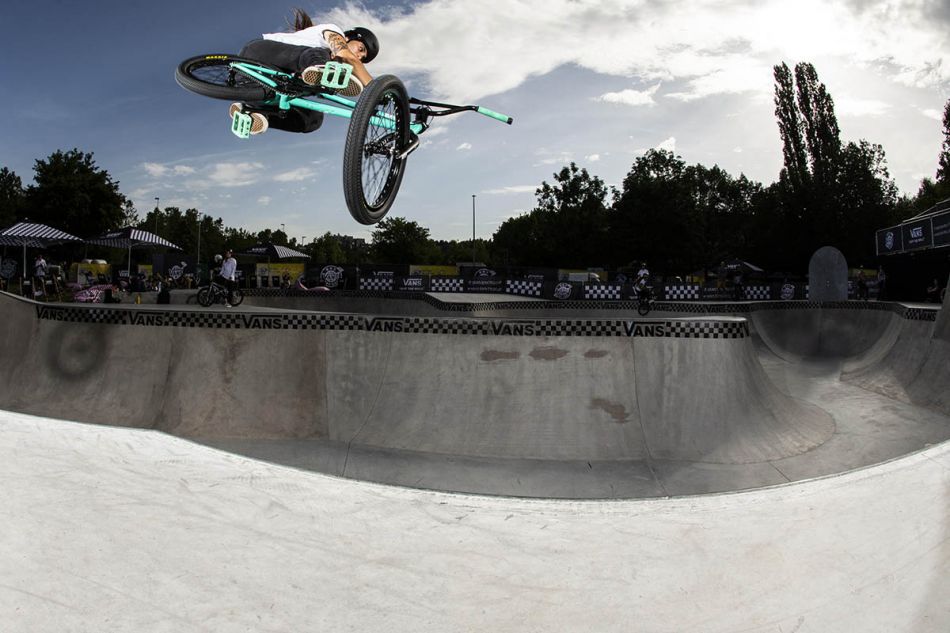 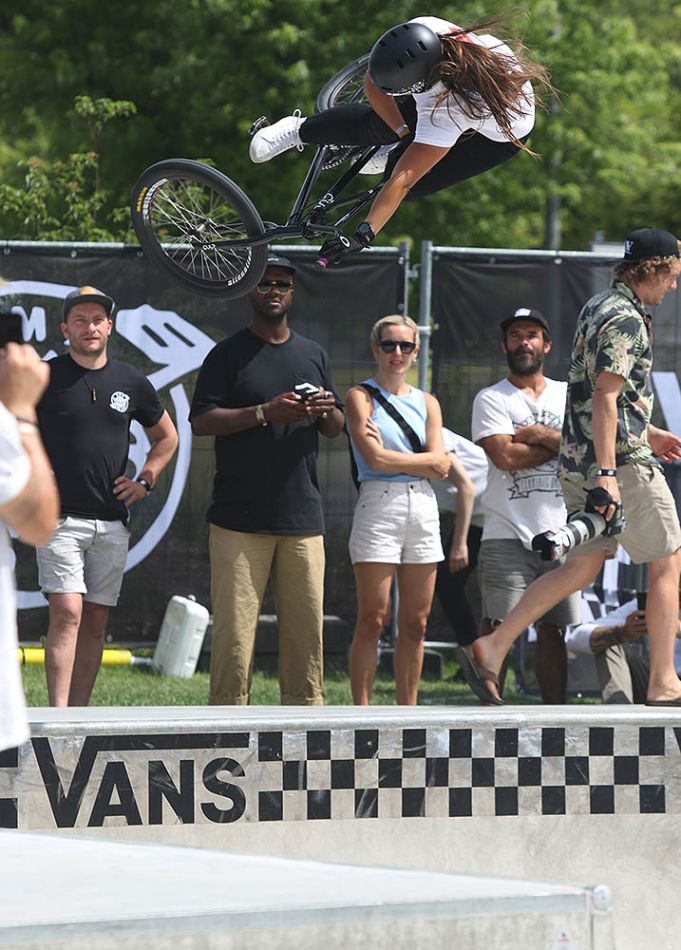 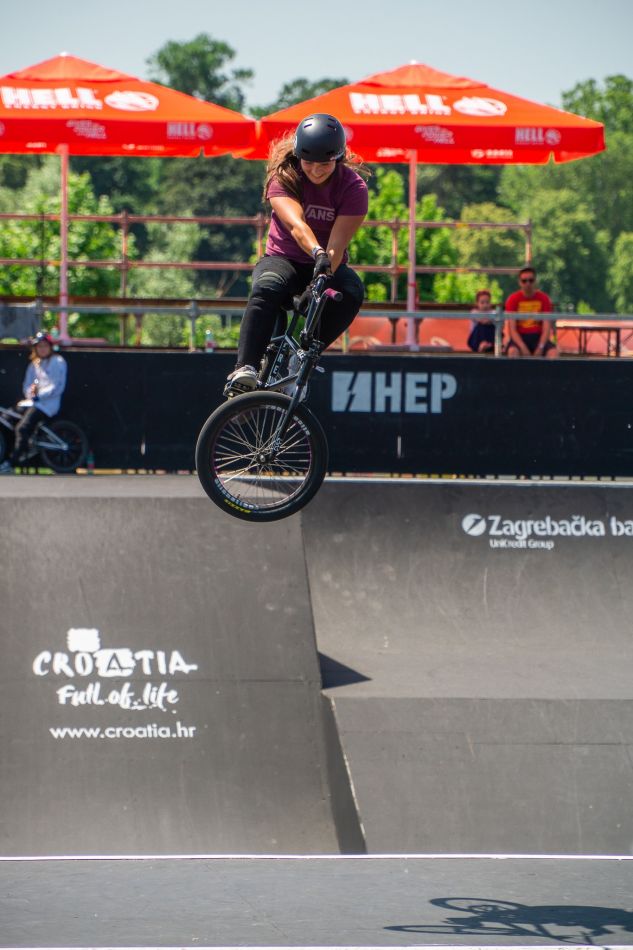 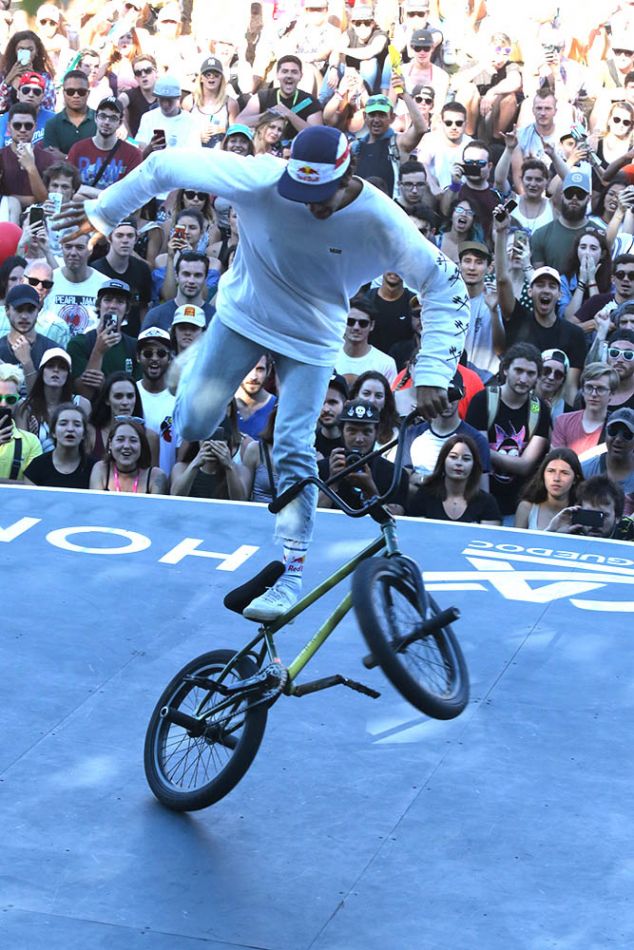 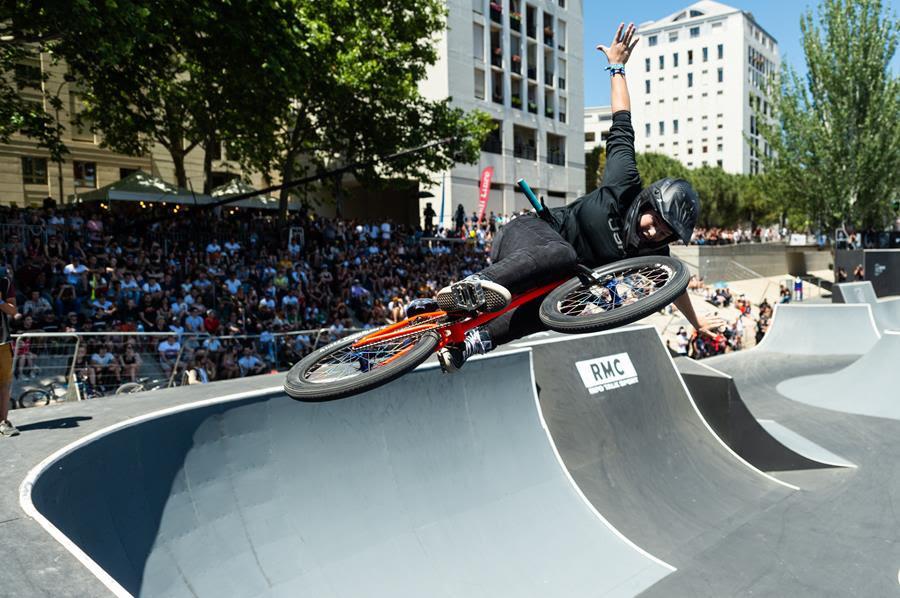 Over 125,000 people packed the banks of the River Lez today for an epic day of action sports.

UCI BMX FREESTYLE PARK WORLD CUP FINAL - WOMEN:
Everything was set for an exciting hour of BMX. The sun was up, the wind was down and the crowd were ready to see the amazing progression of the BMX Women's community. The panel of judges were looking for style, amplitude and tricks, and they were not disappointed. Once again Hannah Roberts was unbeatable. She did not make any mistakes, she completed a perfect run, starting with a whip on the spine, and ending with a flair. Two tricks among others that she is the only woman to master so well. In 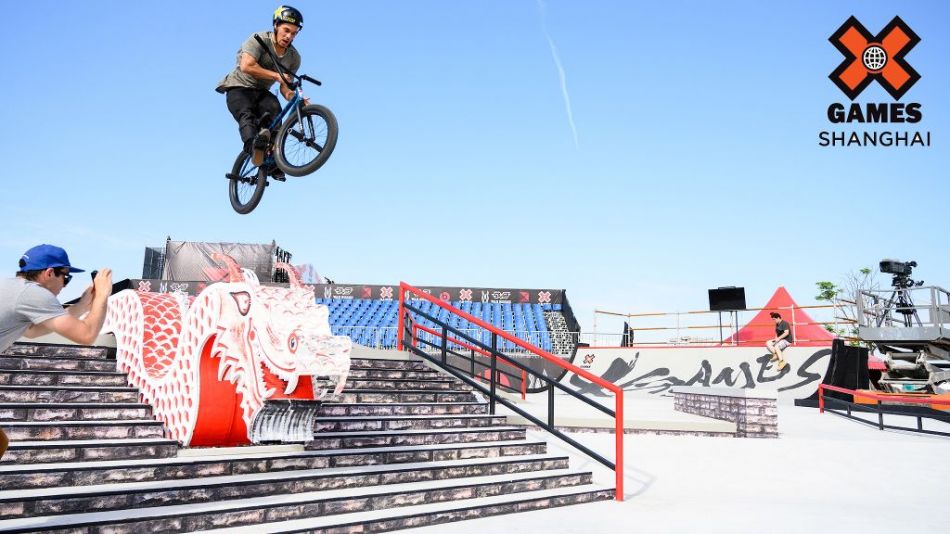 X Games Shanghai closed out with a another day filled with Skateboard, BMX and Moto X competitions, along with musical performances and interactive activities including drone and go cart racing in X Fest. The action kicked off with BMX Street, where American Garrett Reynolds reclaimed his spot atop the podium and earned his 10th gold in the discipline and 13th medal overall. Reynolds threw down a toboggan 360 and truckdriver, both over the dragon feature on the course, along with a downside 180 tailwhip to fakie and a hopover smith grind on the rainbow rail. Reynolds edged out German rider Felix Prangenberg (85.00) who took silver, and X Games Minneapolis gold medalist Chad Kerley (84.00) took home the bronze. 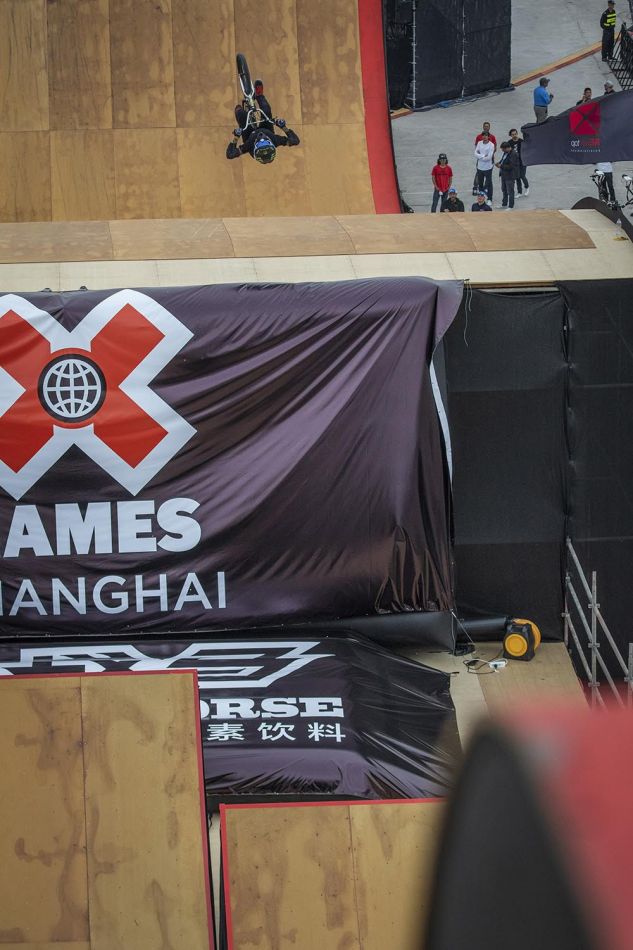 Monster Energy congratulates team rider James Foster on a strong bronze medal finish in BMX Big Air at the inaugural X Games Shanghai 2019 today. In a boundary-pushing Big Air session on the giant Mega Ramp that drew massive crowds at the Shanghai International Tourism and Resorts Zone, the 33-year-old from Redlands, California battled the world elite of big ramp BMX freestyle riders to claim his sixth career X Games medal. The first-ever X Games Shanghai 2019 brings the biggest names in BMX, skateboarding and freestyle motocross together for an action-packed weekend. The world’s premier action sports spectacle reaches audiences in China and millions of viewers across the globe via live broadcasts on ESPN and partner networks.

Speaking of spectacle, it hardly gets more spectacular than BMX Big Air. Towering over the X Games event village at a total height of 73 feet, the Big Air ramp proved a crowd magnet on Saturday. Starting from a 59-feet roll-in, BMX riders sent their best aerials over the kicker gap in the structure’s middle – optionally clearing a 50-feet or 63-feet gap – before finishing their runs with massive aerials on the 27-feet quarterpipe. Each rider received four runs to post a high score – composed of the gap and quarterpipe aerials – in a final session featuring ten athletes from three countries, including six American riders, three Australians and one Brazilian.

Monster Energy’s Foster came into the event as a podium threat after winning back-to-back gold at X Games Minneapolis 2017 and 2018, plus silver at X Games Sydney 2018. But past achievements held no

Results of THE CASH JAM OF WINTERTHUR 2019 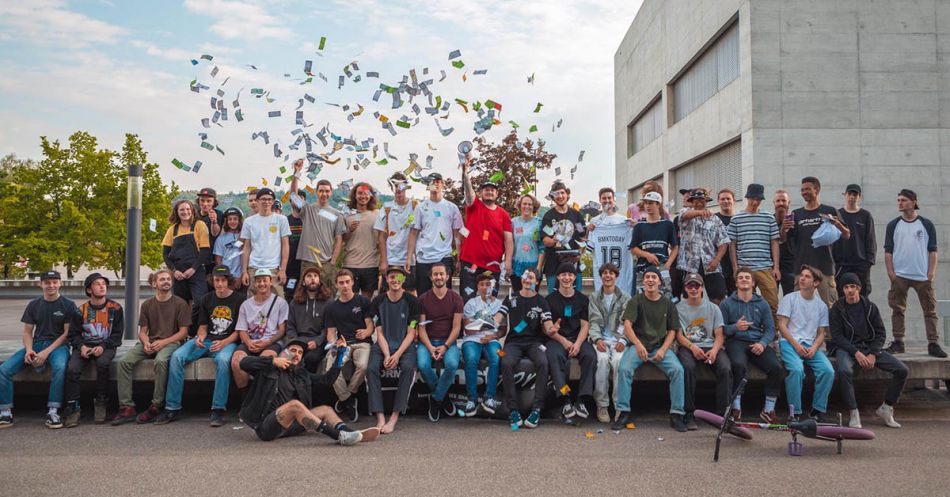 THE CASH JAM OF WINTERTHUR 2019 took place recently and here are the names of the winners.
Enough cash for these riders. The results:
1. Jeffrey Oehri
2. Matthias Hilber
3. Marcel Wacker
4. Ellis Oswald