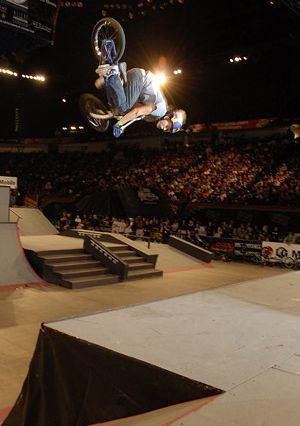 Once the doors opened to the public at six, the action remained on the street course for BMX prelims. The field was divided into two heats of ten, both extremely competitve. Riders were scored in a two-run, best run counts format. In the first heat, 17-year-old Garrett Reynolds threw down a solid score of 87 in his first run. Second run he proved it was no fluke, matching his first run score. His 87 would hold through the first heat as the high score. When the next ten riders took to the course, Reynolds's score would prove tough to beat, that is, until Daniel Dhers dropped in. With his smooth and powerful style, Dhers linked together banger after banger to post an 88, and finish the day qualified in first. Local boy Morgan Wade qualified in third. His runs were so powerful, that even a fall on a giant gap to rail was barely apparent in his score.

You might not be surprised to read that Daniel Dhers qualified first in the BMX Street Prelims here in Dallas, putting him in his favorite position as he heads into Saturday's Finals event at the LG Action Sports Championships.
Read more
News

17 November next will see the re-opening of the Flair BMX Shop in Hamburg. The new owners (Kay Wiewel and Marcin Stypulkowski) will throw an opening party with 30kg bunny hop contest, beer and fun. The address is: Flair BMX; Herderstr.75, 22085 Hamburg, Germany. Tel:040-2 505 202.
Read more
News 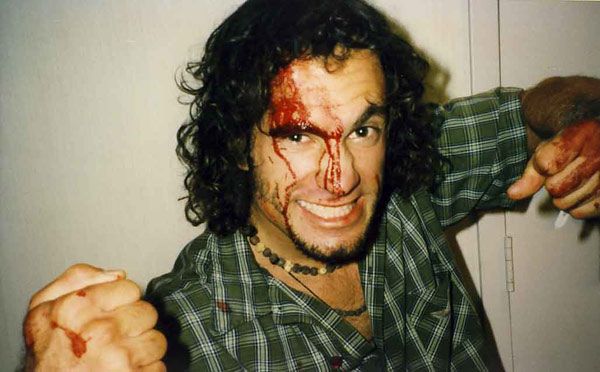 Home Invasion Robbery August 28th, 1995
Actual Journal Entry: “I went & bought ceramics supplies for my ceramics class. Then I got an oil change. At night, I just worked on both of my bikes in the garage. While I was out there, four guys crept up with guns pointed at me & shut the garage door behind them. Shit! They taped up my hands & feet & mouth. Then they took me inside. They took Brian Foster upstairs to find XXXX’s weed & money. He couldn’t find it. They hit Brian in the head a couple times with the gun.
Read more
News 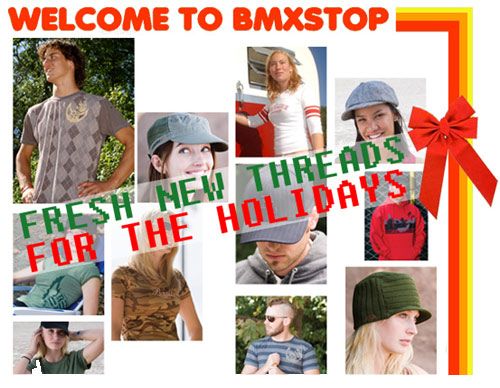 Your online source for Retro BMX decals and BMX Clothing and Collectibles has just been updated with a wide assortment of shirts ‘n hats from companies such as REDLINE and PRYME. Just in time for the Christmas shopping spree, you can get your lil’ or extra-large BMXer some of the latest threads from their ’08 Fall Collection – including the popular new Cotton Beanies w/ visor, herringbone cap and the Redline flex fit hats in either blue-pinstripe or solid white. Also freshly added are new zipper-front hoodys and a wide assortment of guys and gals t-shirts.
Read more
News 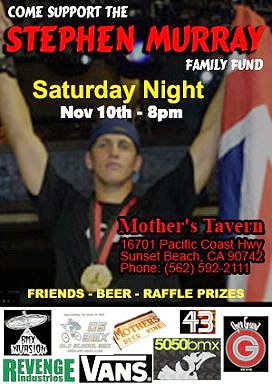 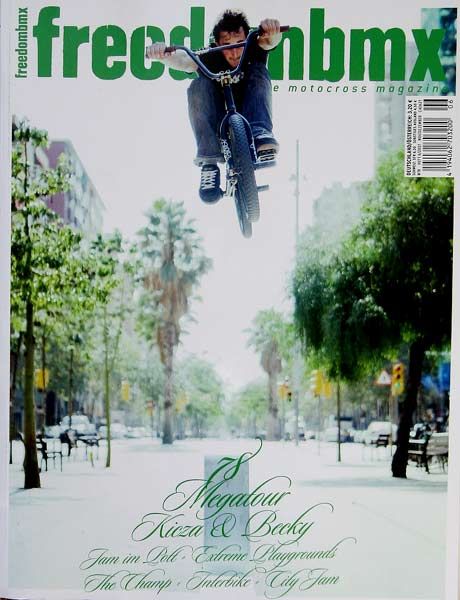 When Freedom 78 dropped on the floor we heard a big bang. Wow, this must be the biggest issue ever! We opened up the plastic bag and noticed that it had two catalogs inside, one from Sport Import and one from La Finca. This kind of catalog distribution has become popular because you know that if someone subscribes to a magazine, he's a potential customer. Anyway, even with both catalogs removed we have some weight in our hands with the 78th Freedom issue that features Robin Fenlon on the cover. "Flat is Dead" is a T-shirt that must be in the running for T-shirt of the year together with: "That is a dope T-shirt" from T1. Lowcash show the shirt on page 7 where colleage Matti explains why flat is dead. They're both flatland riders in case you did not know.

The 100 pages are filled with:
Read more
Interviews

Scotty Cranmer has been putting out some amazing riding web videos in 2007. We have another web video for you but this time Scotty is not on his bike (except for the three wheeler roll back) but he talks about his bike shop and shows his new resi-ramps.
Read more
Pin*up

Studio shots today of Posh spice on a lowrider. Seriously. 21+

Enjoy these while it lasts. Looks like they're pro pics and not the usual late night party pics with a BMX bike in the corner. We'll be asked to take these off soon so you better hurry up. 21+. Thanks for the link Matt.
Read more
Racing 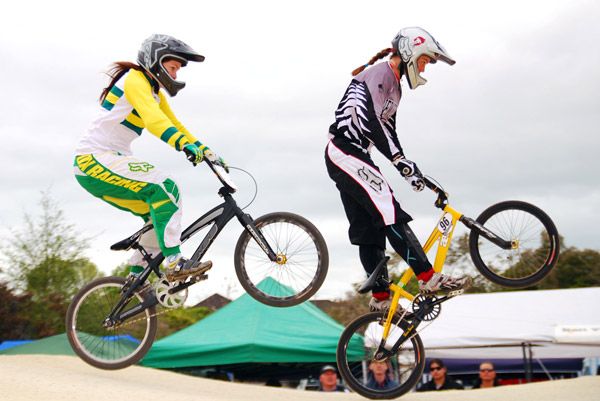 Many people might not know what, who and where ABD is from. ABD stands for Avanti BMX Development. Avanti is a bike major bike player in New Zealand and Australia. They have a very strong product line, combining rider feedback with the experience and knowledge of a development team to produce a range of innovative bikes taking on the world. Looking at how the company started was from the boom of BMX in the 80's. The name Supersport was a well known name in BMX, with a BMX team of riders travelling the country promoting BMX.
Read more
Reviews 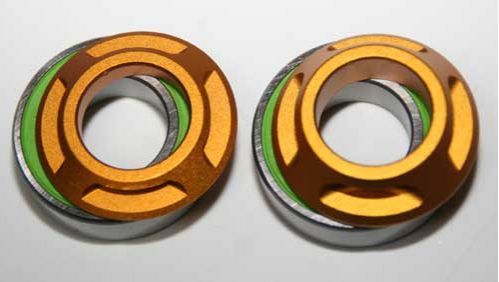