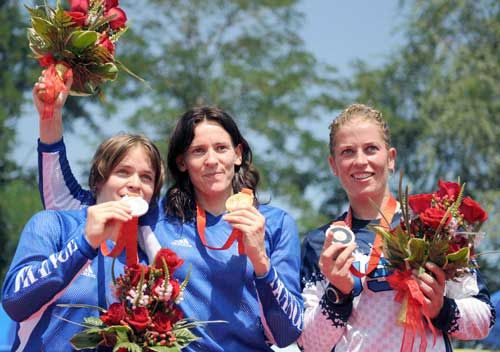 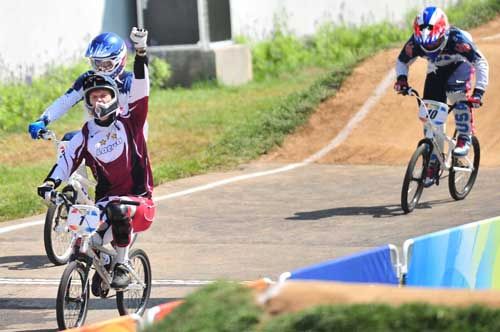 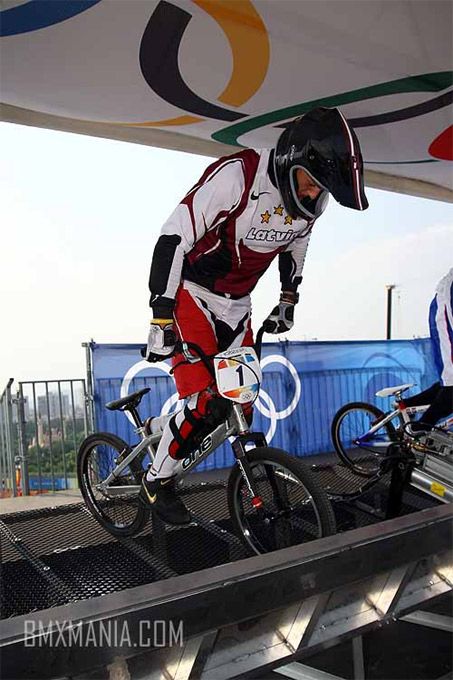 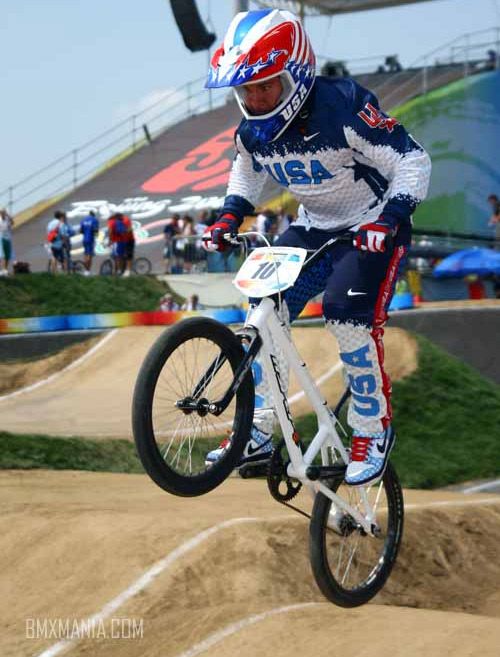 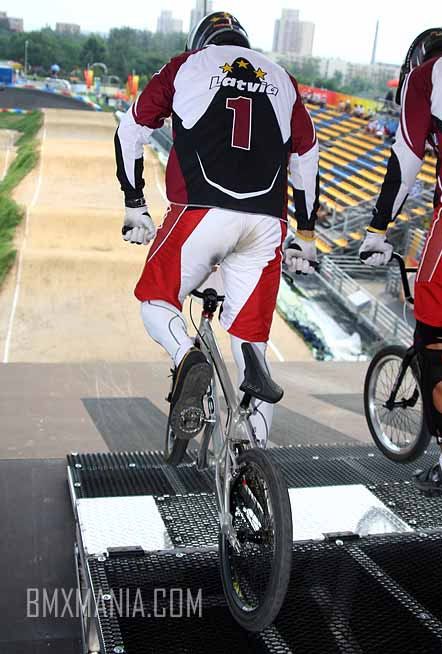 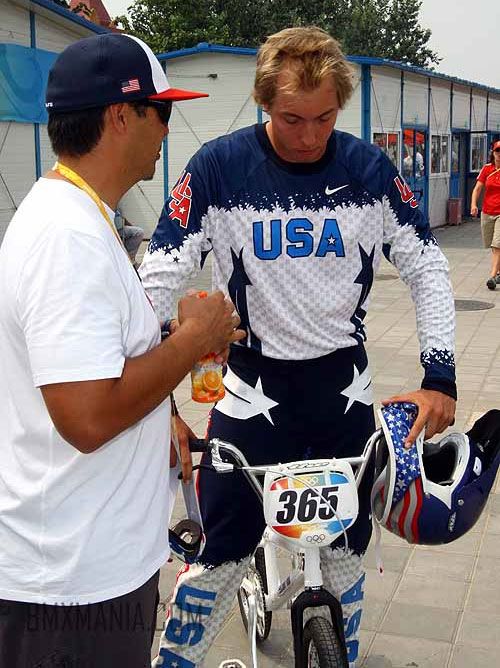 The Dutch riders had some bad luck. Lieke Klaus rode over Reade's legs in the first turn while being in third but lost her speed to finish 5th. Raymond van der Biezen crashed in the first turn where Marc Willers went out of control. Best finish was of Rob van den Wildenberg who got third in the other semi. The girls have lined up for their second race already.
Read more
Racing 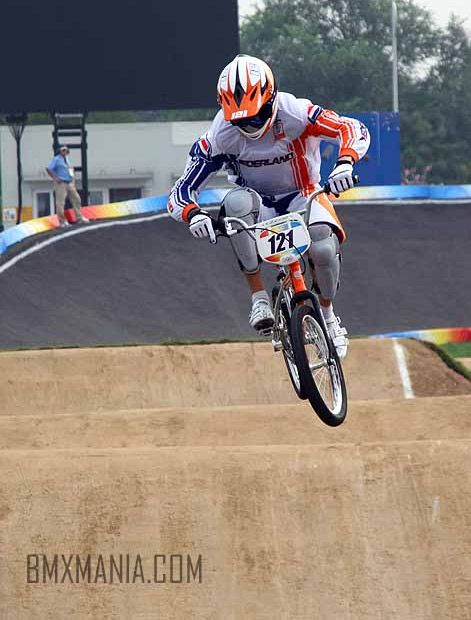 Raymon was flying in the time trials and did well in the first two rounds of the quarter finals. In quarter final number three he crashed in the first turn while in the lead but got up quick enough to finish fifth which transfered him into the semis with 10 points. With the NOC providing wireless access in the Olympic village for their athletes, the answers to the questions came in quickly.  Just moments away from the next round we caught up with Raymon.
Read more
Racing 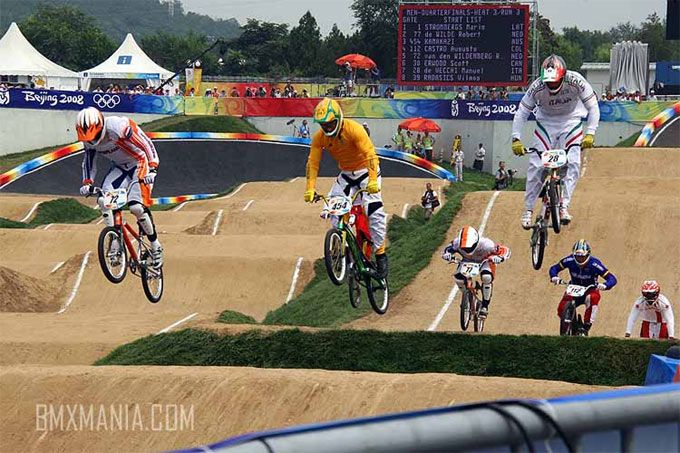 Not sure about you but I've been getting up at 3am the last two days to watch the Olympic BMX race live on TV. Heavy rain tonight was the reason to postpone the final events until tomorrow so tonight it's back up again at 3am to watch the Olympic Games live on TV. We managed to get in touch with Rob van den Wildenberg, one of Holland's semi-finalists who answered a few questions for FATBMX while waiting for his semi-finals tomorrow.
Read more
News 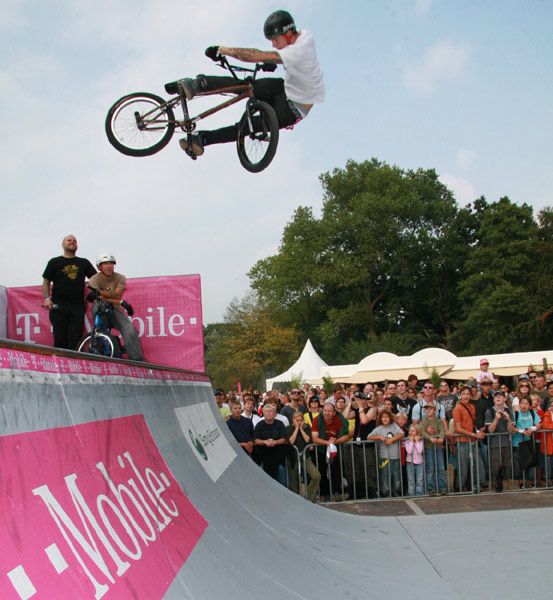 While the BMX speed racer contemporaneously ride for olympian gold in Peking, two-time BMX world champ Dave Osato (CAN) will compete at one of the most important and international BMX miniramp contests in Hamburg. A total of 50.000 Dollars can be won. Anti-Flag, Pennywise and Mando Diao will perform, MTV will broadcast from 8 p.m. on and MTV madame Hadnet Tesfai will host it. On that 24th of August tickets will still be available at the box office!

The world’s best BMX speed racers will be acclaimed in Peking, but the best BMX miniramp riders will have their moment to shine at the T-Mobile Extreme Playgrounds. Here’s the list of the top pros taking part on Sunday:
Read more
Racing

A lap around the Olympic Track with Mike Day (Team USA)