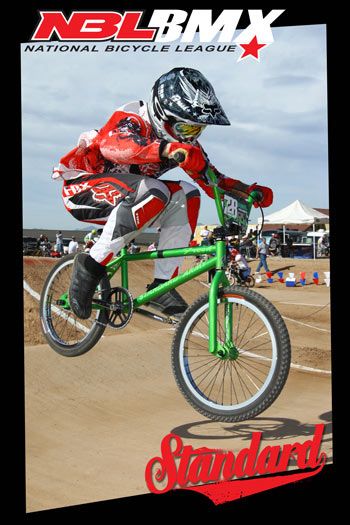 The National Bicycle League (NBL) is proud to announce the formation of a new national level partnership with Standard Byke Company. The Standard brand has earned a loyal following in both racing and freestyle over the past two-decades and their renewed commitment to racing is good news for fans of high quality products and rider-owned companies. Standard is one of only a handful of rider-owned companies in BMX and they continue to forge new ground in all areas of development and production. Rick Moliterno’s company has very recently taken over full control of production and manufacturing at their new factory in Davenport, IA. This will translate into a range of improvements to their already solid line of 125R race frames and forks plus a bundle of new products to compliment their American-Built line.

Moliterno, who has deep roots in bicycle motocross, is eager to see the racing side grow and the new partnership comes at a perfect time as the sport nears its Olympic milestone.
Read more
Racing

Team USA movies brought to you by GT Bicycles

It took a while but team USA has got their act together now to conquer the gold at the first BMX Olympics in Beijing, China. Not only did they build a replica of the Olympic BMX track in California, they hired coaches and put them up in housing close to the track. The following four movies will give you an idea of what's going on down there. Interviews with Mike Day, Randy Stumpfhauser and Jill K.
Read more
Racing 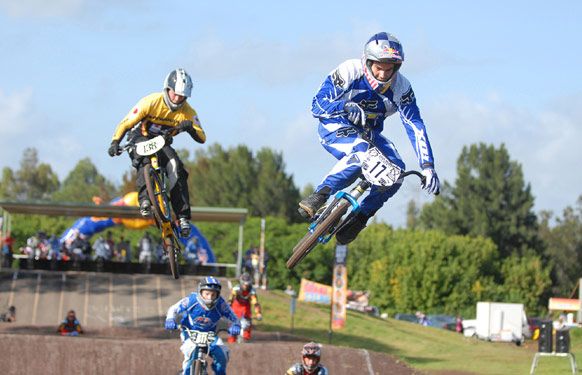 Two Queenslanders have stamped their claim on a spot in Australia’s first ever BMX team to compete at this year’s Beijing Olympics.
Krystal Cranfield originally from Gladstone rode strongly to win the tenth round of the UCI Oceania Series in Penrith today. Fellow Queenslander, Jared Graves from Toowoomba repeated his win yesterday to finish in front of New Zealand’s Marc Willers.
Read more
Racing 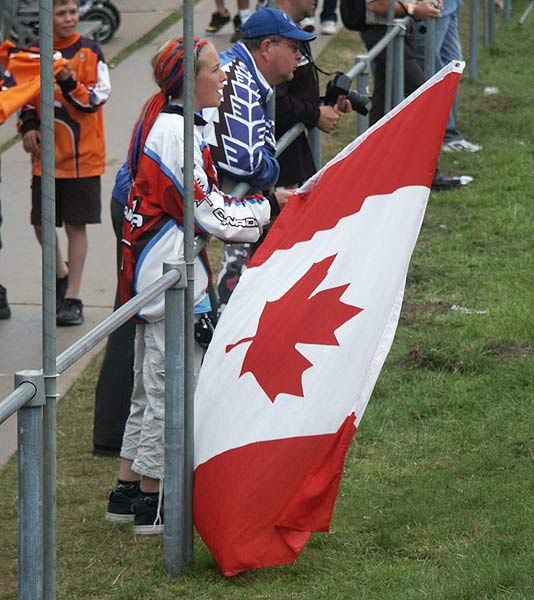 In about 30 days the BMX world will converge on a brand new venue for the 2008 edition of the Great Northwest Nationals. The event, presented by Team BMX Oregon and the Oregon Sports Authority, will be held at the Hooker Creek Event Center in Redmond, Oregon April 4-6, 2008. This entire facility is spectacular and the arena will be one of the best ABA will visit all year. The Hooker Creek Event Center, a multi-purpose indoor arena, is the largest of the buildings at the Fairgrounds that constitutes some 279,000 square feet of space under one roof. The space will allow for a great track with tons of bleacher seating.

Australia’s BMX riders increase their chances at the Olympics 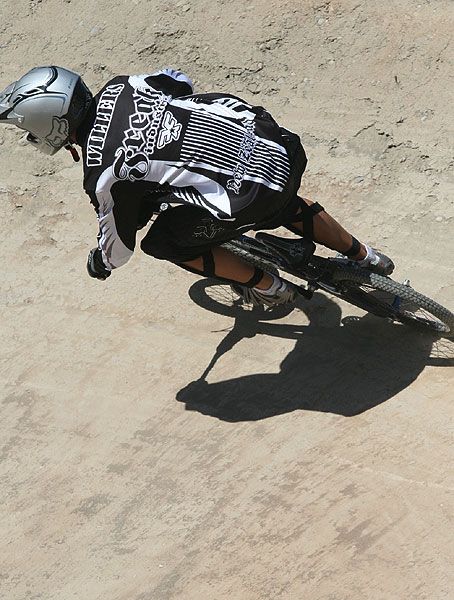 Queensland’s Jared Graves and Perth’s Nicole Callisto both improved Australia’s chances of taking the maximum number of BMX riders to the Beijing 2008 Olympics. By winning ahead of competing countries New Zealand, China, Japan and Hong Kong today in Penrith, the Australians gained valuable UCI points from this Oceania Round 9. Former mountain bike rider, 25 year old Graves, got an early lead on New Zealand’s Olympic hopeful Marc Willers. Close contact in the first turn between Willers and Penrith’s Luke Madill gave the kiwi second place. After getting an unlucky outside starting lane Madill was still content with third place on his home track.

Graves saved some power throughout the earlier heats but in the final it was not all easily sailing. “It was a bit of a shady lap in the final. I had a few moments but I had a good start and held it from there,” explained Graves.
Read more
Racing 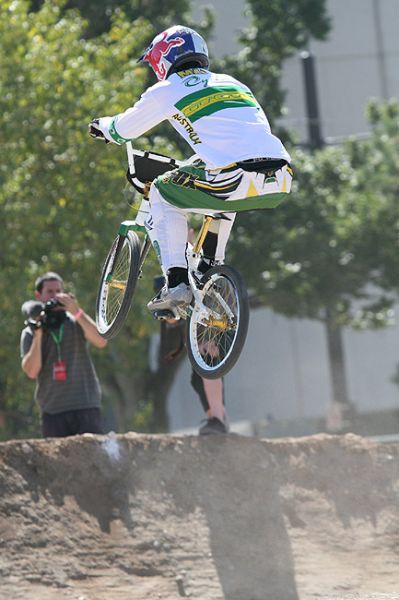 BMX racing heats up this weekend with the UCI Oceania final two ranking rounds in Sydney at Penrith. The vital international points up for grabs on Saturday and Sunday are the incentive for other countries apart from Australia to compete. Riders from New Zealand, Japan, Hong Kong and China have all got riders hoping to make the finals on both days and secure UCI points. The incentive to improve nation’s rankings comes from the qualification criteria set down for the Beijing 2008 Olympics Games in August. Australia are hoping to qualify the maximum number of riders allotted which is three male and two female riders.

Currently in the men Australia is ranked in the top three however it is the women’s current standing of four. According to National BMX Assistant coach, Wade Bootes, his focus will definitely be on the women’s racing. “It’s important for all the girls to keep high. For this weekend, it means they need to be one to four and it doesn’t matter which way. The girls just have to ride safely and not crash or put people into last.”
Read more
Racing

Starting with the Gator Nationals in West Palm Beach, Florida, pros will have the chance to race three big NBL weekends over the next two months. That means six big races with big cash payouts and points, plus all the 2008 NBL Pro races feature Pennant pre-races, UGP Opens, BAWLS bunny-hop contests, and much more. 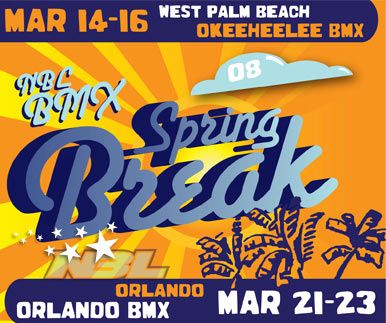 It's Spring Break in Florida and everyone knows what that means - Back-to-Back NBL National weekends at two of Florida’s finest tracks. The festivities kick off March 14-16 in West Palm Beach at Okeeheelee BMX for the Gator Nationals and then things get even hotter in the Sunshine State when the NBL National Series heads up north to the Orlando BMX track for the Easter Classic, March 21-23. The Gator Nationals will be held at the awesome Okeeheelee BMX Track in West Palm Beach (okeeheeleebmx.com), and features two War-Of-The-Stars Pro events and the last two UCI Continental Series races of the season.
Read more
Racing 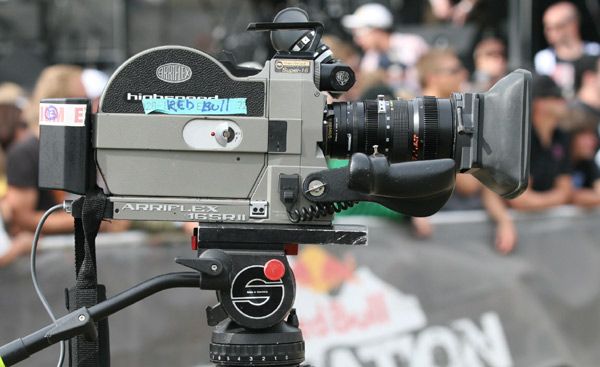 BMX Australia is pleased to announce that we have secured SBS television to air a one-hour show on Sunday 4 May 2008 covering Adelaide UCI Supercross and National BMX Championships. The time is yet to be confirmed. SBS will film and produce the National Championship elite categories package and will be receiving a Supercross package from the UCI to air in a back-to-back format. Final format is not known but it is likely that the show will also include
Read more
Racing 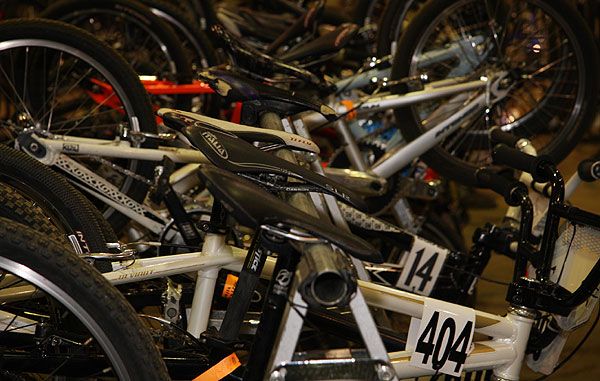 The American Bicycle Association and ABA National Series Sponsor Fire Magic Premium Grills are excited to announce the 2008 Fire Magic Grill-off Series heating up a national race event near you. Competition is open to all individuals, groups and teams in attendance and will take place on Day One (Saturdays) at nine (9) designated outdoor national race events throughout the season. To enter, participants are required to prepare on-site, and with their
Read more
Page 475 of 522