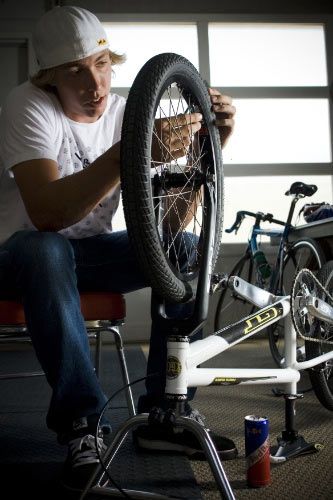 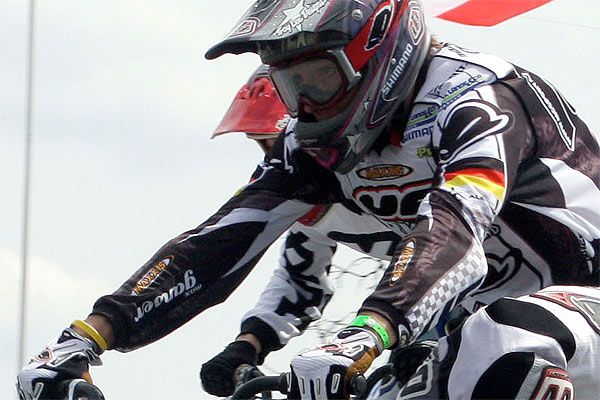 Lucie Meerholz, the 12 year old daughter of Dutch Distributor FritsBMX, joins the Formula European Trade Team. Lucie is one of the talented young Dutch girls going fast and jumping smooth. She is a former European Champion with 5 Dutch National Titles on her name and numerous podium finishes in the big international races. Lucie is training hard on her custom made Nucleus bike in order to rock the Formula colors in Europe in 2009.

"Cyclecraft" is back!!! After an almost 10 year hiatus from the world of BMX racing, CycleCraft Bicycle Company is back. 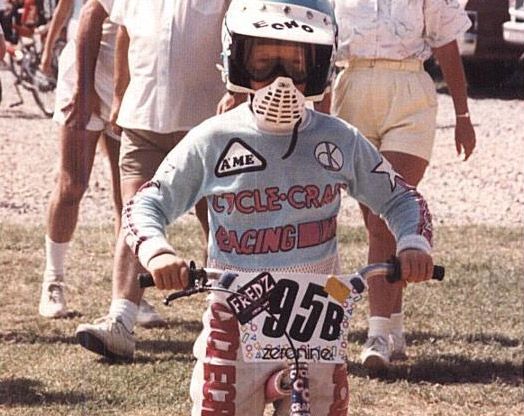 On September 4, 2008, three investors from Central Florida, Patrick Deats, Ed MacKenzie, and Darin Moore purchased all physical and intellectual assets of the company from Terry “Shag” Shaughnessy. Shaughnessy had been the owner, heart and soul, and visionary for the company for the past twenty years.

Now it is time for this new group of equally motivated owners to reintroduce this awesome brand and bring CycleCraft back to a place of prominence in the BMX community.
Read more
Racing 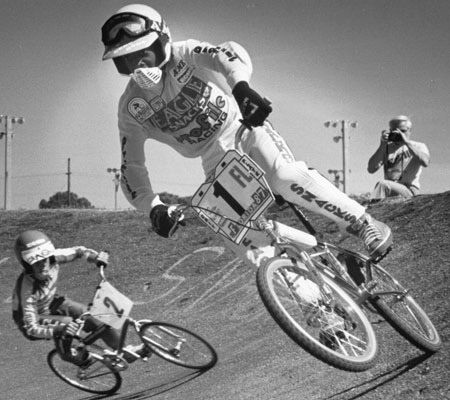 Percy Owens (NBL/ABA Masters/Vet Pro Racer) has rejoined the Profile Racing Factory Team. The longtime Profile racer left to venture out and accepted another Pro deal about two seasons ago. Owens commented that while he was away he never felt comfortable in the jersey he wore. Percy will be wearing his old jersey during the ABA's Disney Cup this weekend (10/17 - 10/19). Profile’s new jerseys will debut at the NBL’s Christmas Classic in December so be looking for Percy’s name on the shoulders above the vintage Profile logo on the back. Owens has won them all including a World Championship and numerous National and State Championships.
Read more
Racing 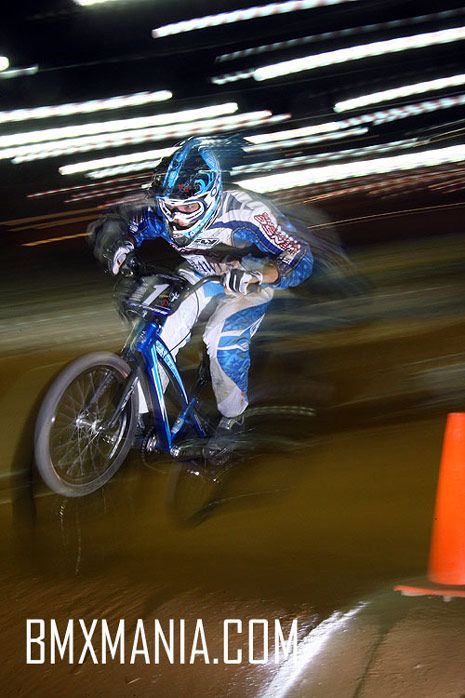 The ABA held its last National weekend before the Grand Nationals in Orlando, Florida this past weekend. The Disney Cup / Fall Nationals were held indoors and the track built by the ABA crew was one of the best of the 2008 season. With 3 days of race action at the Disney Cup, this gave all the riders a last chance to gain valuable points towards the ABA end of the year titles. Intense BMX/Bawls Guarana Pro team riders Danny Caluag and David Herman both wanted to gain points: for Danny it was to extend his current points lead in both AA Pro and Pro Cruiser and for David, he wanted to try to catch up to Danny as he sits in 4th in the AA Pro points.

For Danny, a win the Pro class was the only way for him to gain points in AA Pro. With a tough groups of AA Pros in attendance, it would be a tough battle, but the current ABA #1 Pro is used to racing the worlds best racers and coming out on top, and on day #2, he did just that in the AA Class. This would Danny extend his current lead by 90 points and give him a little bit bigger cushion over the comp.
Read more
Racing 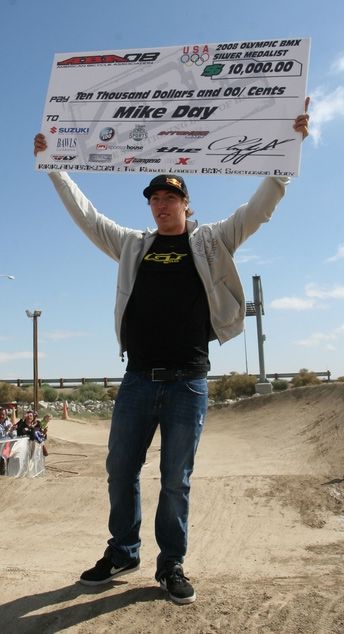 With the ABA BMX Golden State Nationals at AV BMX in Lancaster, CA. now in the record books. It was great event for sure!! Jerome Ferree and his top notch crew did an awesome job on the track and the weekend. Even 2008 Olympic silver medalist Mike Day made the trip up from his home in Valencia, CA. right down the street for his "Special Recognition" form ABA BMX for his efforts on Team USA at the 2008 Olympics. BMX super- hero, Cru Jones (Bill Allen) even stopped by to check everything out over the weekend. Mike "Redbone" Redman was more then stoked to do some interviews for the fans of both Mike Day and Cru Jones. It was pretty entertaining to say the least!  The Disney Cup/Fall Nationals are coming up this weekend. This weekend is a BIGGIE for all ABA BMX Title contenders. With three Nationals and three national scores still on the table at the Disney Cup/ Fall Nationals, you can bet every one will be out in full effect. With everyone thinking about ABA BMX Title bonus checks and those 2008 fuel injected Suzuki RMZ-450's, the Disney Cup weekend is THE last event before "The Greatest Race on Earth", the ABA Grands! If that's not enough, the bigger then normal team payouts, the Disney Cup/Fall National overall bonus $$$ and not to mention the ever popular Disney Cup winners for the three day overall winners things should get real interesting.
Read more
Racing 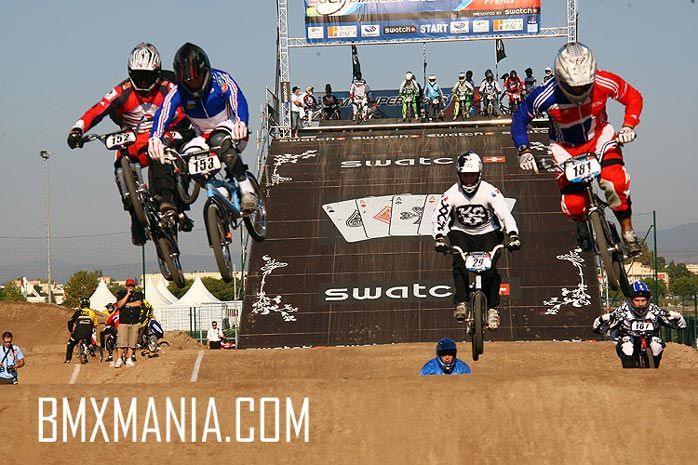 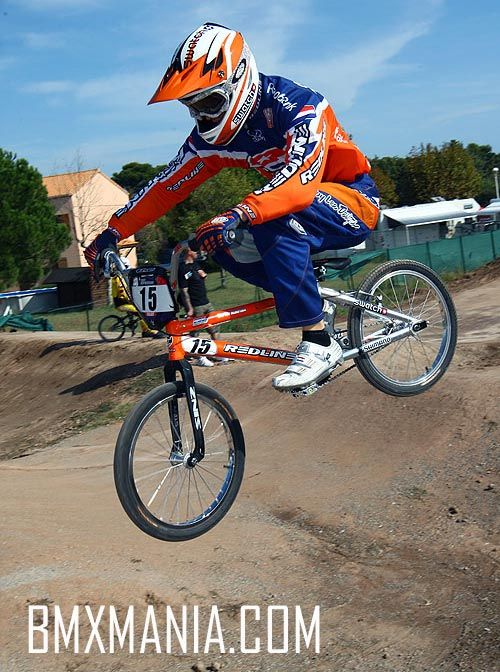 As with every UCI Supercross race it starts with a one lap time trial. The rider with the fastest time gets to pick the gate position. Also the time trial results determine the moto sheets so it does make sense to give it a good shot. Donny Robinson is currently leading the World Cup series after SX rounds in Madrid, Adelaide, Copenhagen and Salt Lake City. Americans Kyle Bennett and David Herman are in second and third respectively followed by Maris Strombergs, Mike Day and Raymon van der Biezen. The race in Frejus is going to be an important one. The time trials results look like this. Olympic Silver medalist Mikey Day is on it again. 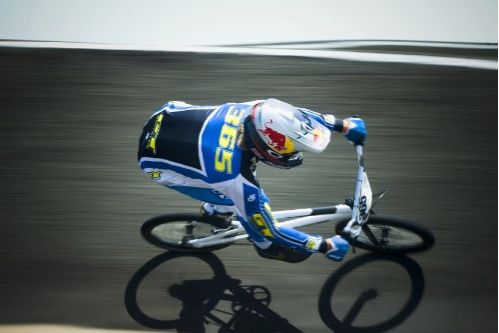 A new BMX track and learn to ride program for disadvantaged youth was launched today at Sydney Olympic Park by Minister for Planning Kristina Keneally. The Monster BMX Track is a free, open-air facility that makes the increasingly popular sport of BMX available to all – from occasional riders to the elite.

The track was jointly funded by the Federal Government, the NSW State Government and Auburn Council. ‘Today is a great
Read more
Racing 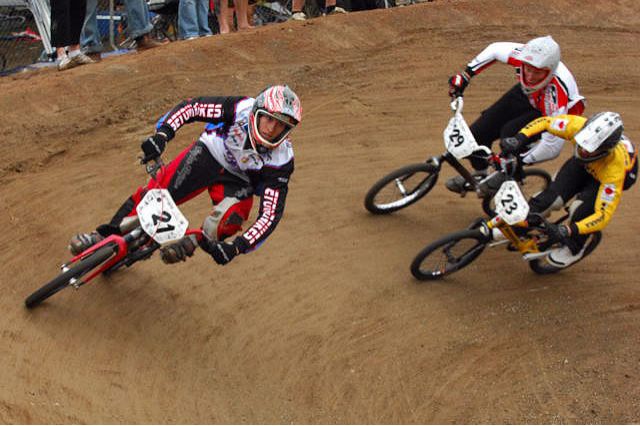 Billy Jolliffe (Tamworth/Lake Macquarie) claimed the New South Wales State BMX Championships beating famous BMX Olympian, Luke Madill (Penrith) in a difficult final. In Madill's first race after bowing out before the finals at the Beijing Olympics, it was another unlucky day. The 22 year old Joliffe from Camden Park won after touching handlebars with Madill in the first berm resulting in Madill crashing to finish in eighth place.
Read more
Page 518 of 582