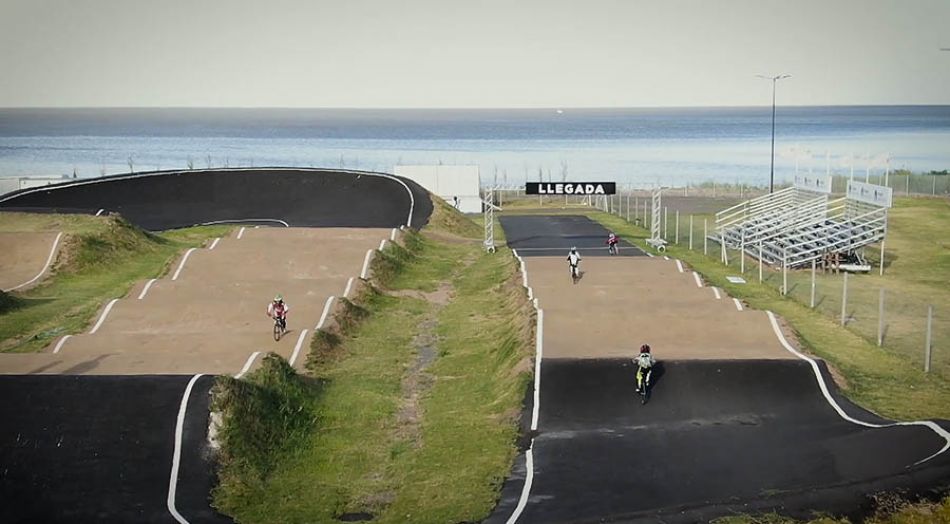 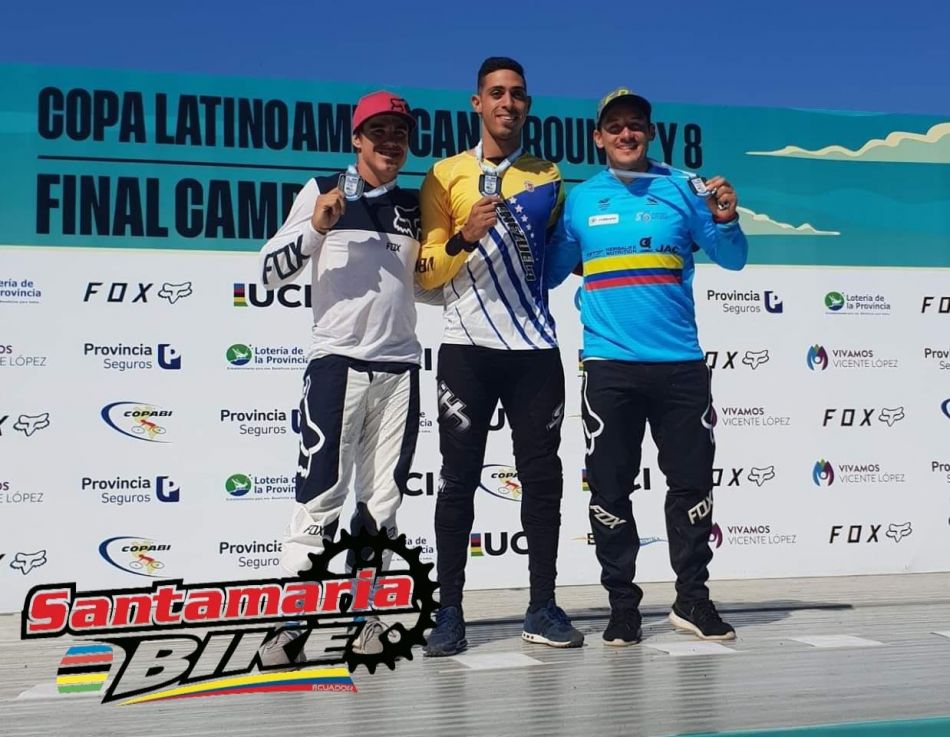 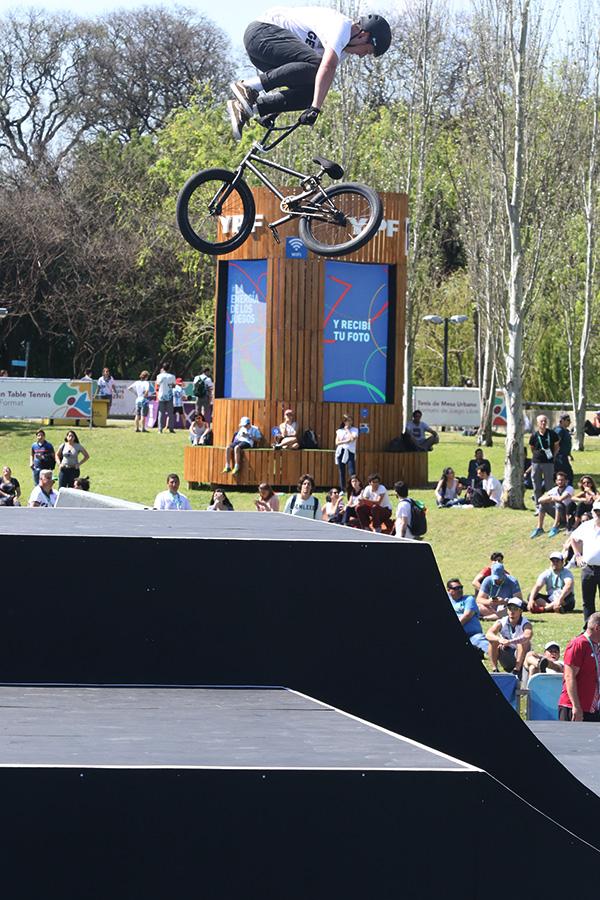 During this week Olympic gold medals were handed out for BMX Freestyle Park in Buenos Aires, Argentina. The Youth Olympic Games had a mixed BMX Freestyle event on the schedule which started with a Seeding and Qualifying phase on Wednesday, followed by a big and small final on Thursday. Qualifying for the Youth Olympic Games happened last year already during the UCI Urban World Championships in Chengdu, China. 8 Men and 8 women got a spot to perform at the YOG which was a first in BMX Freestyle. The riders became part of their national Olympic squad for the games and represented their country and welcomed the support from all corners. Hurricane (FISE) had built up a basic Park course at the Urban Park in Puerto Madero for the 17-18 year old athletes.

After qualifying on Wednesday 10 October it looked like the battle for gold would be between Germany and Argentina. But with Germany in first position in both Men (Evan Brandes) and Women (Lara Lessmann) in qualification, it was up to Argentina (Iki Mazza and Agustina Roth) to shine during the finals. The top four in each gender made it to the Big final. Those who finished in postition 5-8 in qualifying were stuck in the small final and would only battle for those available places in the ranking. Men and Women rode separately. Each rider scored points and the points of the team mates were added up to form the final ranking of the competition. 15 points for a first place, 10 for second, 8 for third, 6 - 4 - 3 - 2 - 1.  In case of a tie, the highest rank would count. If that would still be the same, both teams would get the same spot. 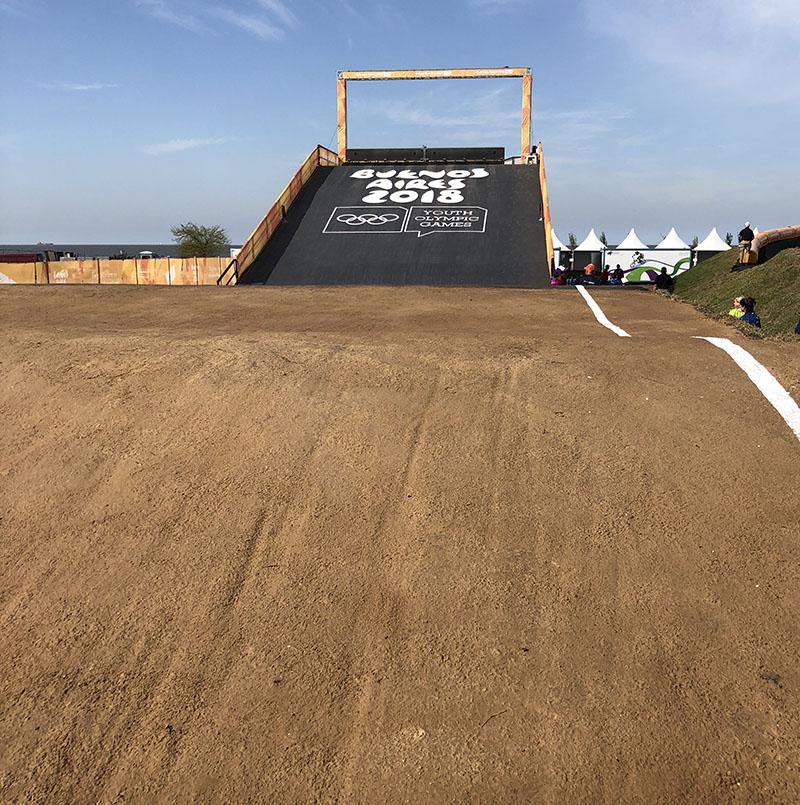 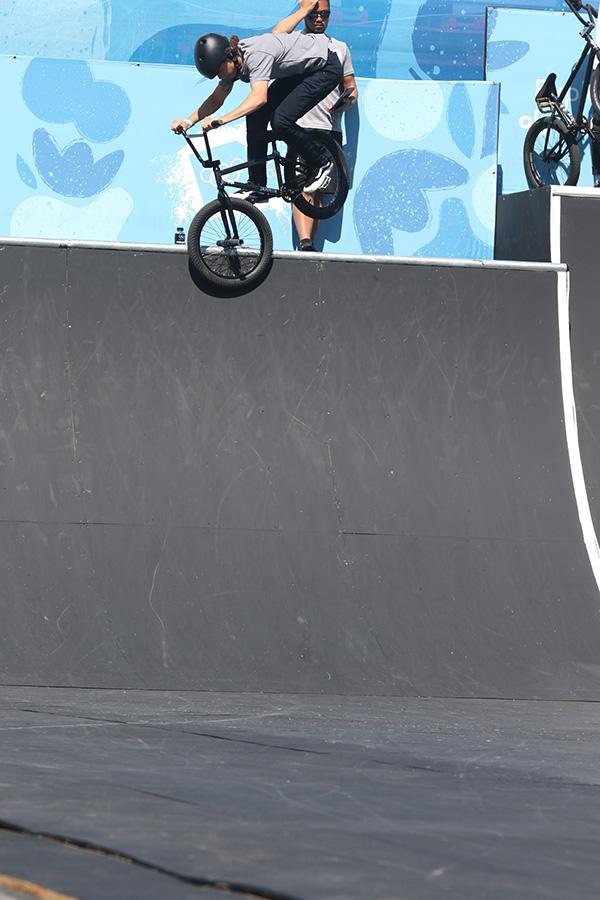 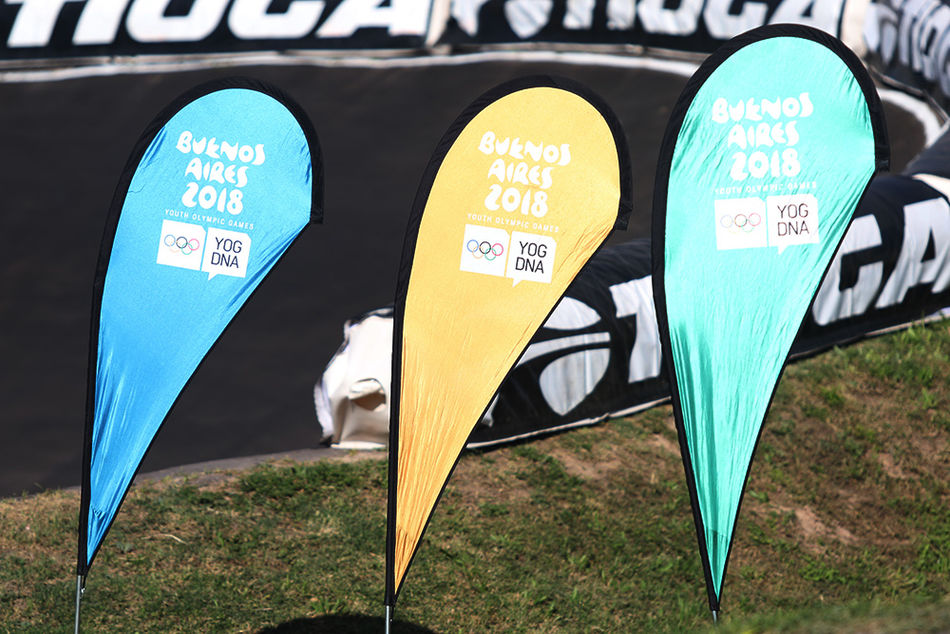 Youth Olympic Games qualification process takes place in Chengdu, China. Who will go to Buenos Aires? In 2018 the Youth Olympic Games will take place in Buenos Aires, Argentina from 6-18 October. BMX Freestyle Park is part of it. To qualify your nation for a spot to ride at the YOG, you will need to participate at this year's UCI Urban Cycling World Championships in Chengdu, China (8-12 November).