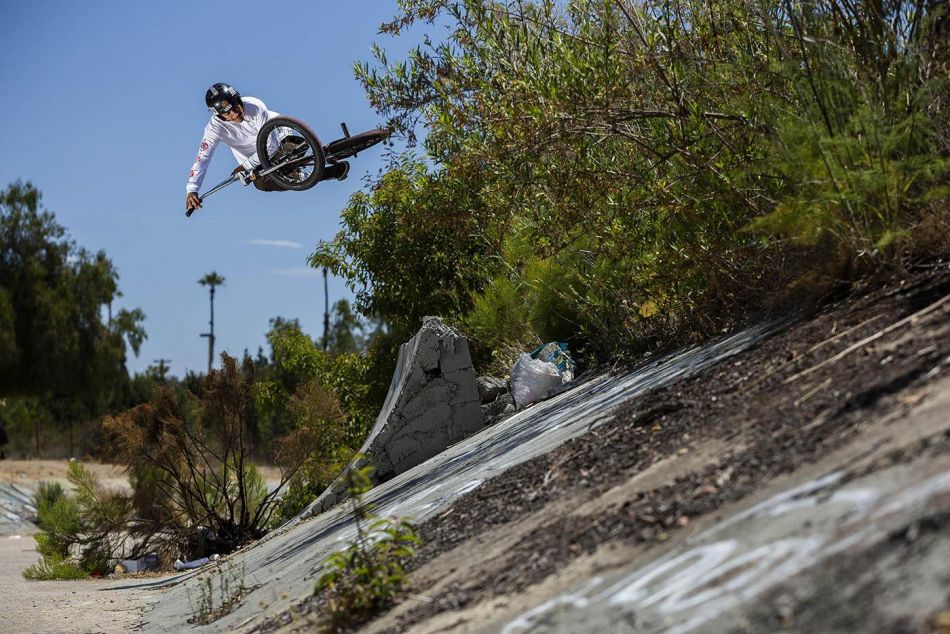 Vans, the original action sports brand and advocate for creative expression, is proud to welcome adaptive BMX rider Julian Molina to the Vans BMX team. Hailing from Andres, Colombia, Julian has been inspiring the world through BMX for years. At age 7, while riding a skateboard, Julian was hit by a bus sustaining a severe break to his leg. The injury worsened and as a matter of life or death, Julian’s leg had to be amputated. Years later, Julian discovered BMX, which turned his life around in the way of 360’s, flips and whips. His first bike was purchased with his own hard-earned money, saved from selling candy, and since then has become like a true extension of himself.

Becoming a part of the Vans family holds a deep meaning for Julian: “More than something monetary 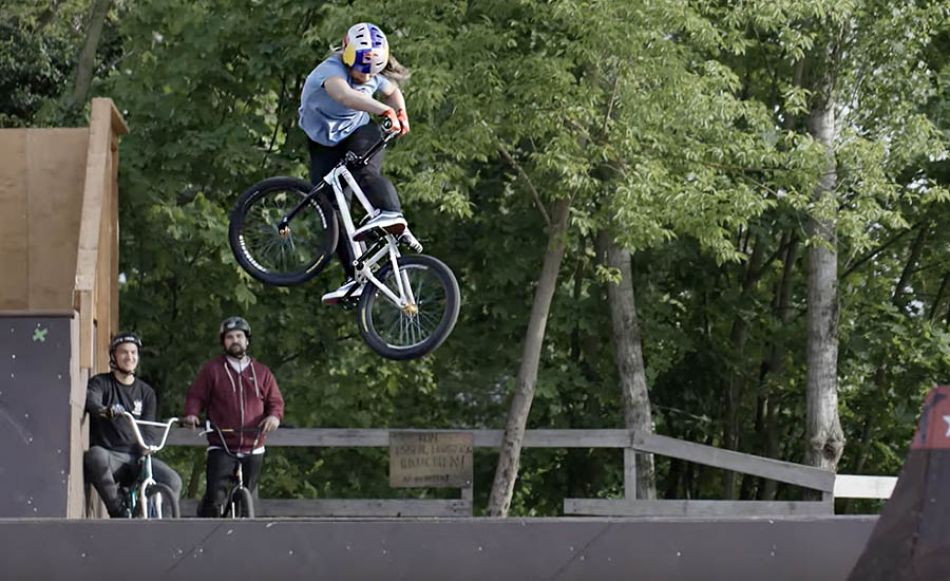 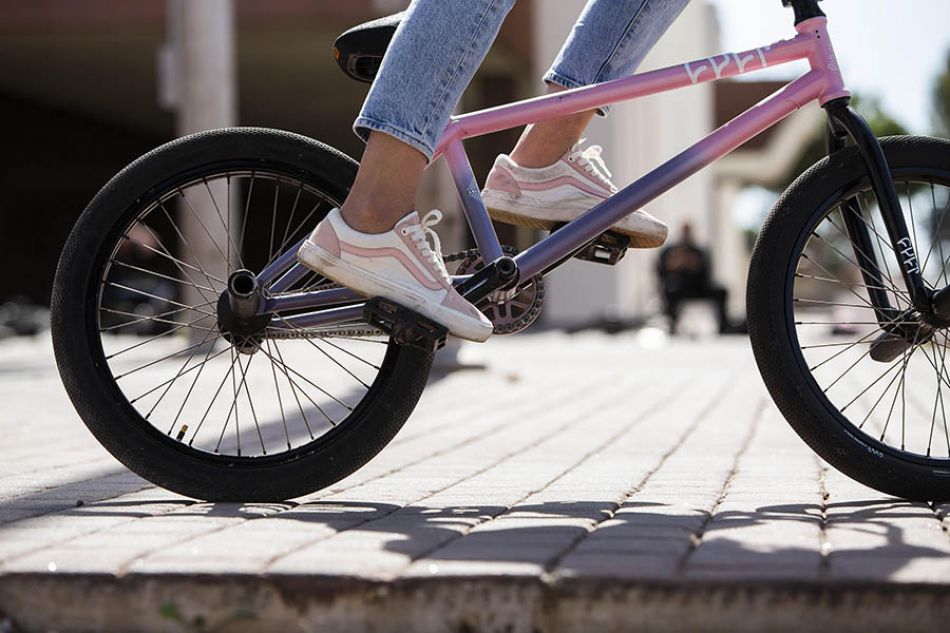 Vans BMX Presents Angie Marino’s Enjoy The Ride, to serve as an inspiration for BMXers everywhere with it powerful message: Ride because you love it, no matter who you are. 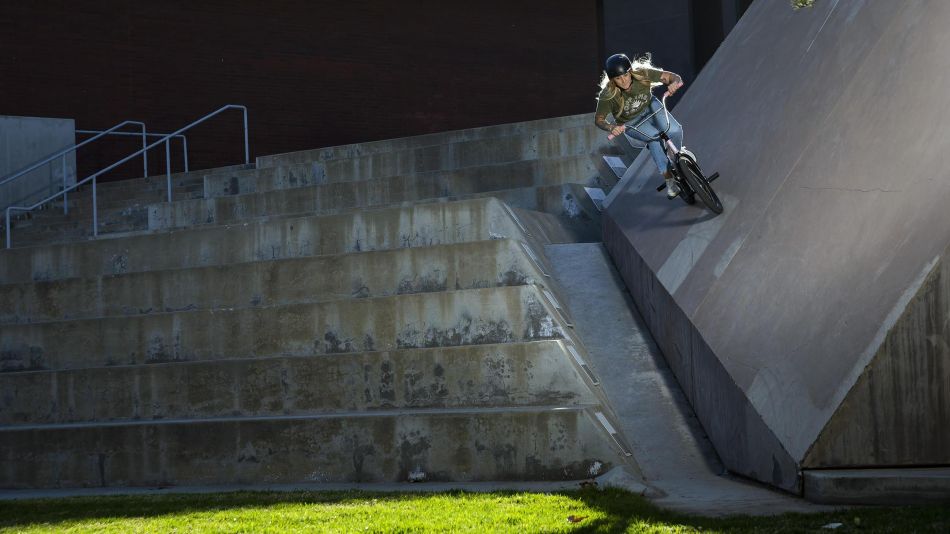 Vans is proud to announce Enjoy The Ride, a new high-energy edit highlighting Vans team rider Angie Marino. Serving as an inspiration for BMXers everywhere, Angie’s dedication and fierce drive to go further hits home a powerful message: Ride because you love it, no matter who you are. Getting creative while parks were closed and contests were cancelled due to COVID, Angie took to the street to explore a different side of BMX, strengthening her skillset as a more well-rounded rider and further establishing herself as a BMX powerhouse.

“A long-term video project has always been something I’ve wanted to do, but just haven't had the time 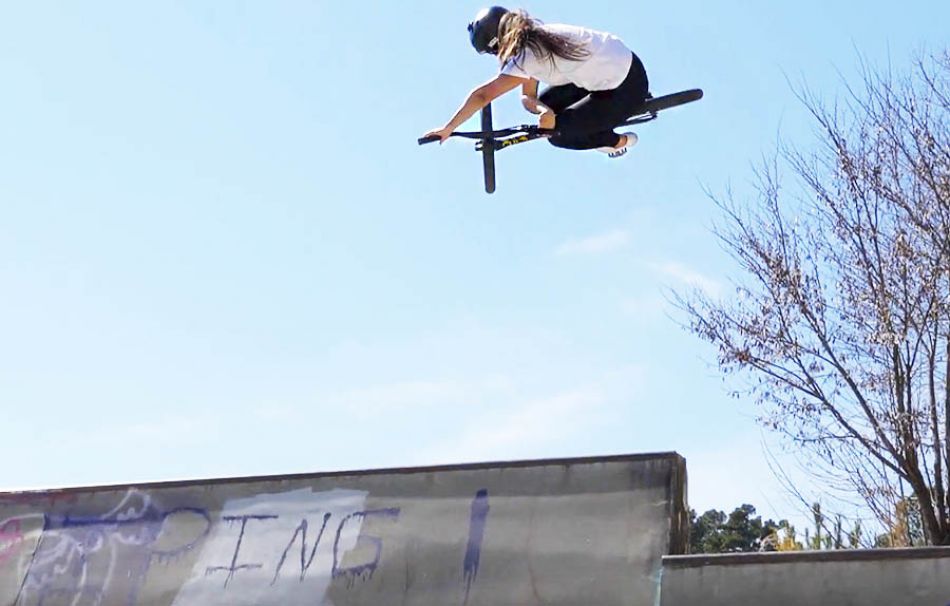 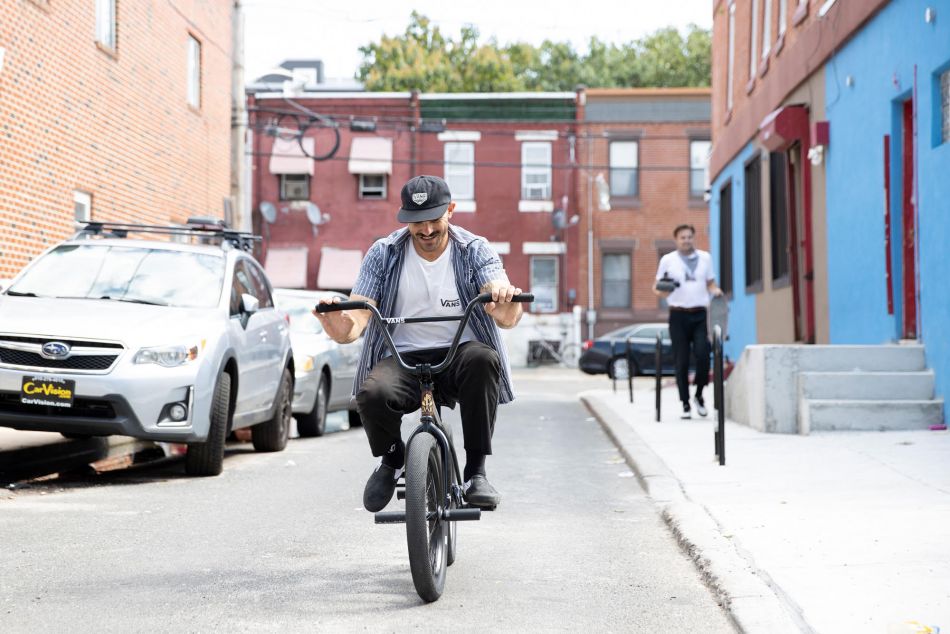 The first time Vans BMX's Dakota Roche had the opportunity to ride Philly was 13 years ago and since then, it’s held a special place in his heart. Although Dak grew up on the west coast, he has always had a love and fascination with the style of spots on the east coast. 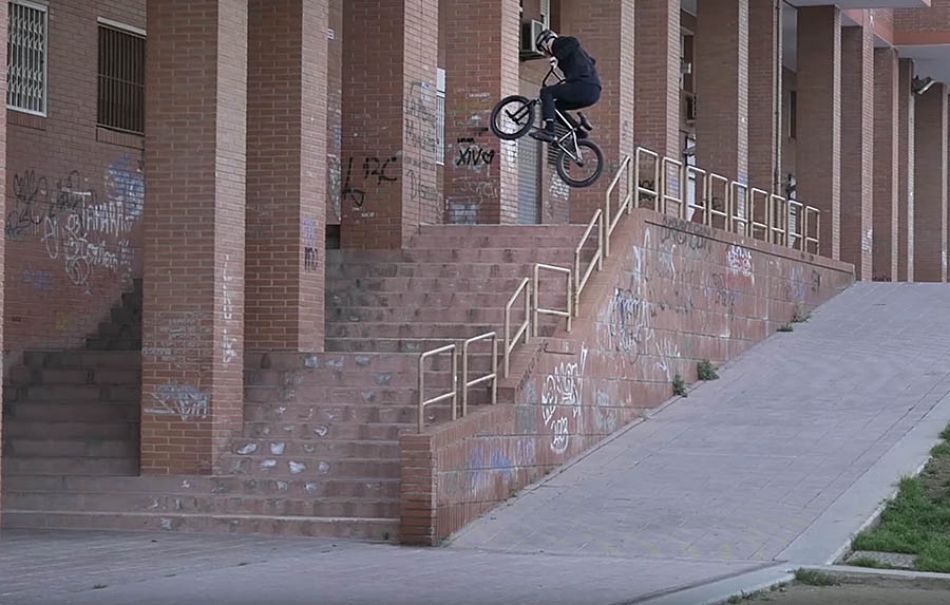 Back in June of 2019 Dennis Enarson set out to make the part of a lifetime; something he and the BMX community would be proud of. The goal was to capture BMX riding that lives on throughout time. He spent 8 months hammering away at his goal. This part was 90% complete before Covid hit and shut down plans for filmmaker, Rich Forne, to come out from Spain to San Diego to get Dennis’ last few bangers. Instead the two finished editing the part from other sides of the world. 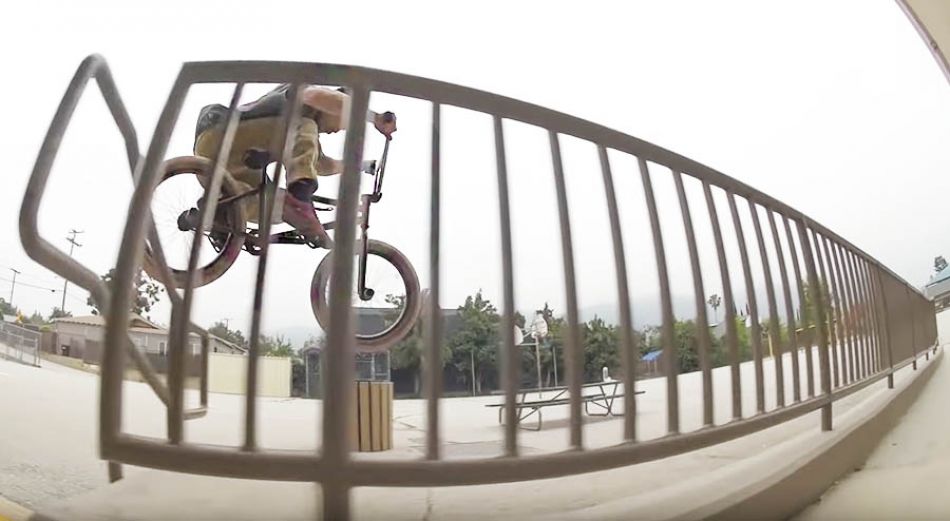 SHIMMER AND HAZE: A Vans BMX Behind The Scenes Experience with Ty Morrow

Ty Morrow worked hard for his signature colorway in 2019 and he worked even harder on his epic last part for the Vans BMX feature “Shimmer.” Between injuries and LA traffic windows this final Behind The Scenes segment of “Haze” shows you what it takes to put together a Ty Morrow video part. 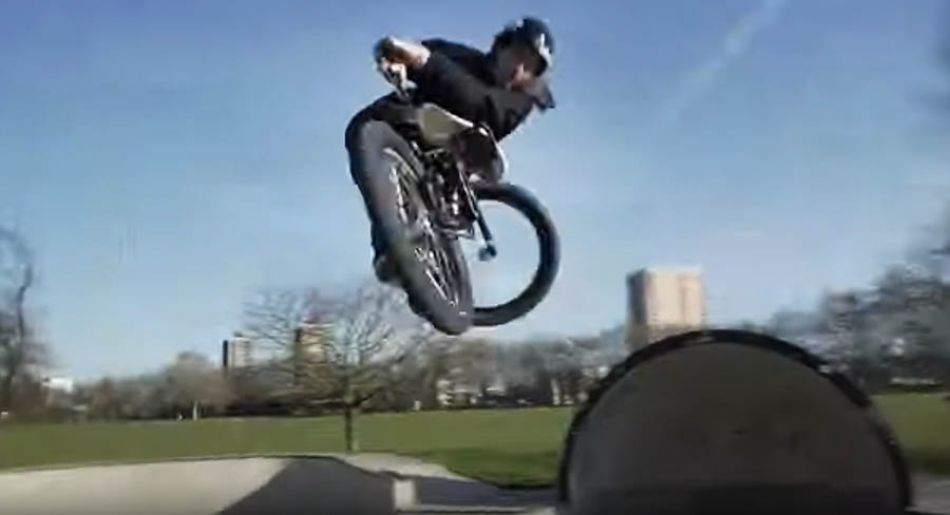 Sometimes things slip through the net and that's exactly what happened with this one. During the Vans BMX Support Group tour in Europe and UK the crew spent the afternoon at Victoria Bowl in London before heading to the House Of Vans and our man on the ground Antoine Sabourin was there to capture all the good stuff from Kevin Peraza, Sergio Layos, Kevin Kalkoff and more. Better late than never! That last line from Peraza is bonkers... 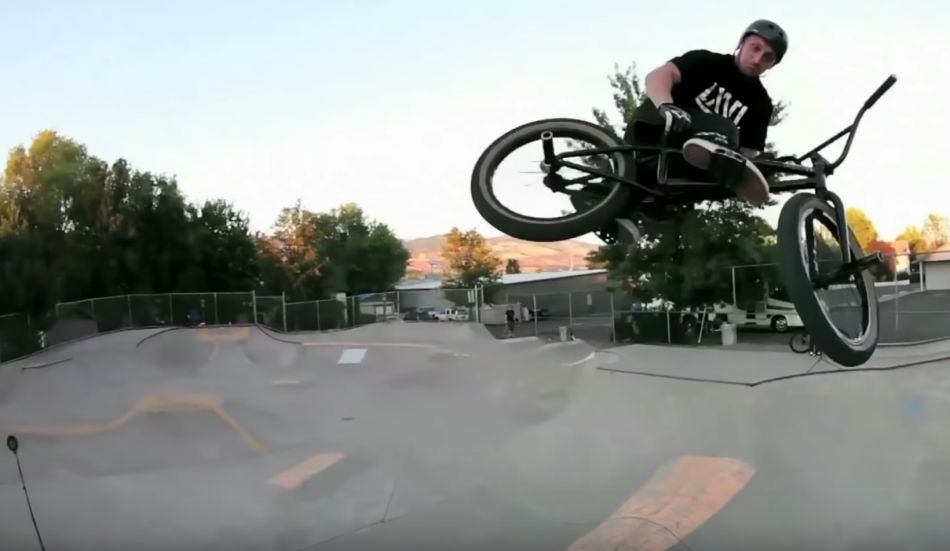 ​Ben Hennon has been there and done pretty much all of it, and made it look fun every step of the way. He recently stepped away from being a Pro BMX rider so Vans thought it only right to celebrate ten years of partnership and edited together some of the best moments they've had together along the way. Whether it was touching the roof at contests or ripping his local setup, everything has always been 100% with Ben.