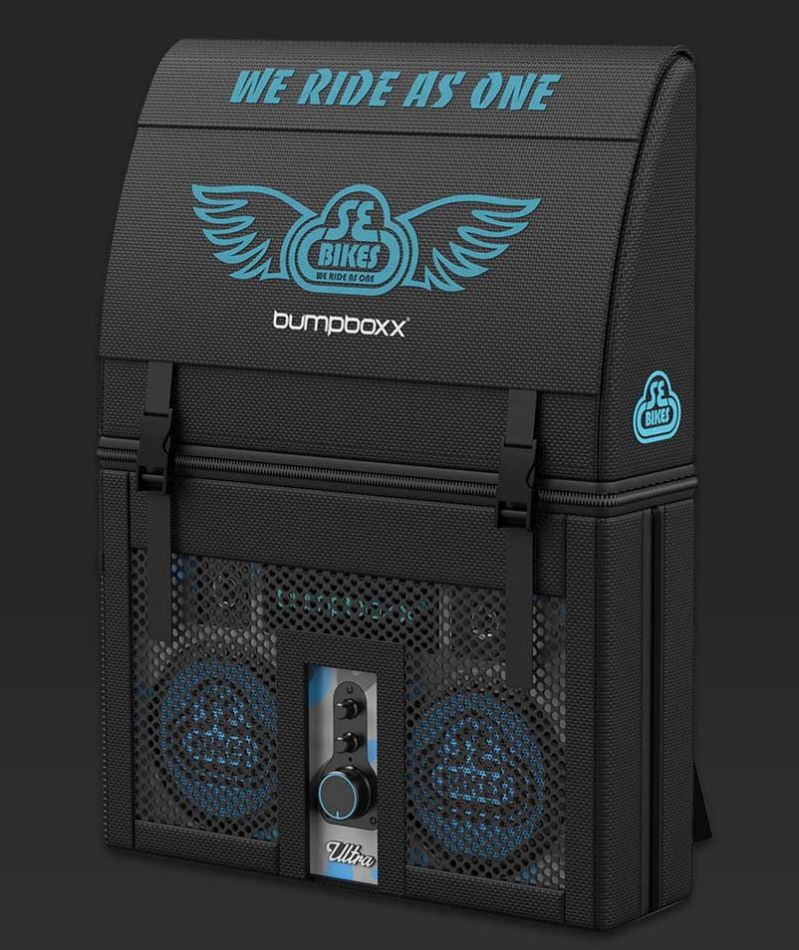 You’re going to be ready to rock the block with the new SE Bikes Bumpboxx! This super portable model features a boomin’ bass radiator on the backside, and the Bluetooth and USB features make it easy to blast your tunes on the go. And get this: the SE Bumpboxx comes with an awesome SE backpack with ventilated areas for the speakers so you can crank up the volume while carrying the Bumpboxx on your ride. The backpack has several separate compartments to hold all kinds of other goodies. With this on your back, you’re a mobile music machine! 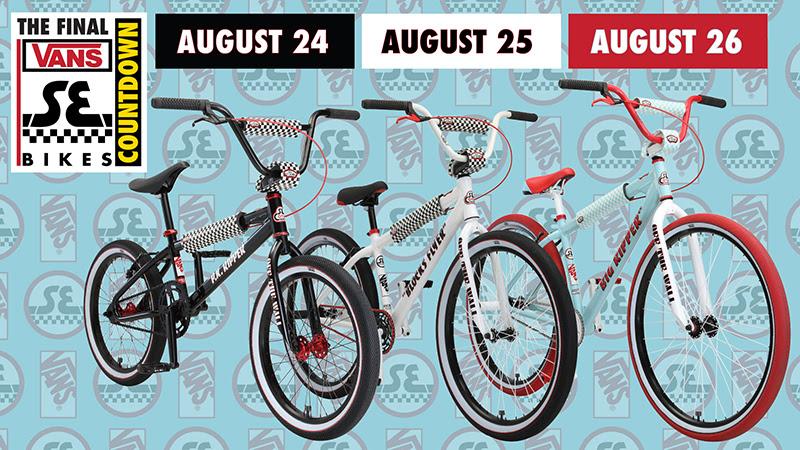 It’s almost time... This week, the long-awaited Vans PK Ripper, Vans Blocks Flyer, and Vans Big Ripper will all be dropping! The ultra-limited-edition Vans PK Ripper Looptail will be available EXCLUSIVELY on SEBIKES.com on Tuesday, August 24 for sales in the USA. That’s right, if you are in the USA, the SE website is the only place to order this awesome bike. 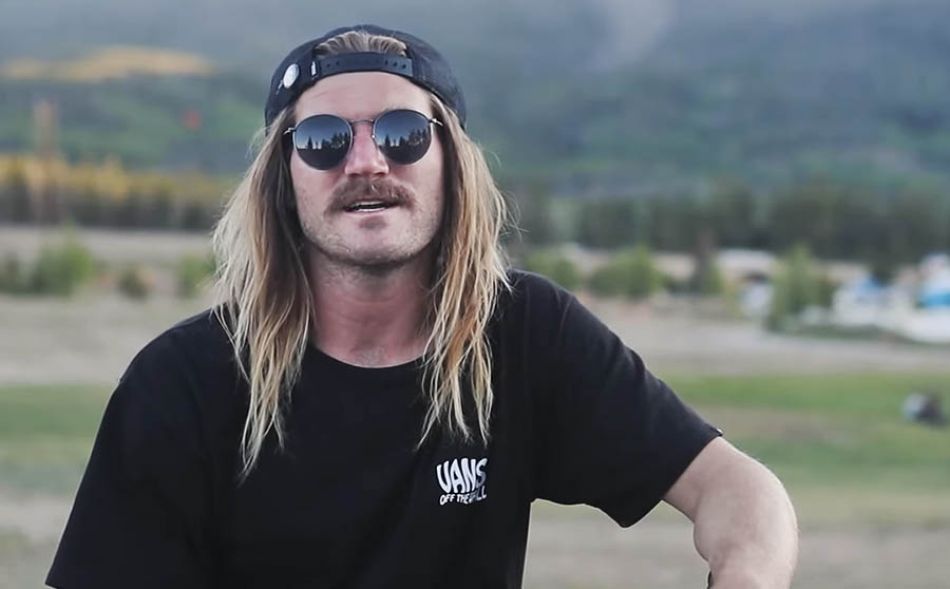 With so much change and movement in the world, it’s hard to believe that a pro BMX rider would remain sponsored by the same company for over a decade. But that’s exactly what @krisfoxbmx has done with SE Bikes! In order to celebrate the 10 year anniversary, we sent Kris out to Colorado to ride fast and get loose in the deepest bowls that state has to offer. The end result was a good ass time on his bike with great friends. And that’s what it’s all about! 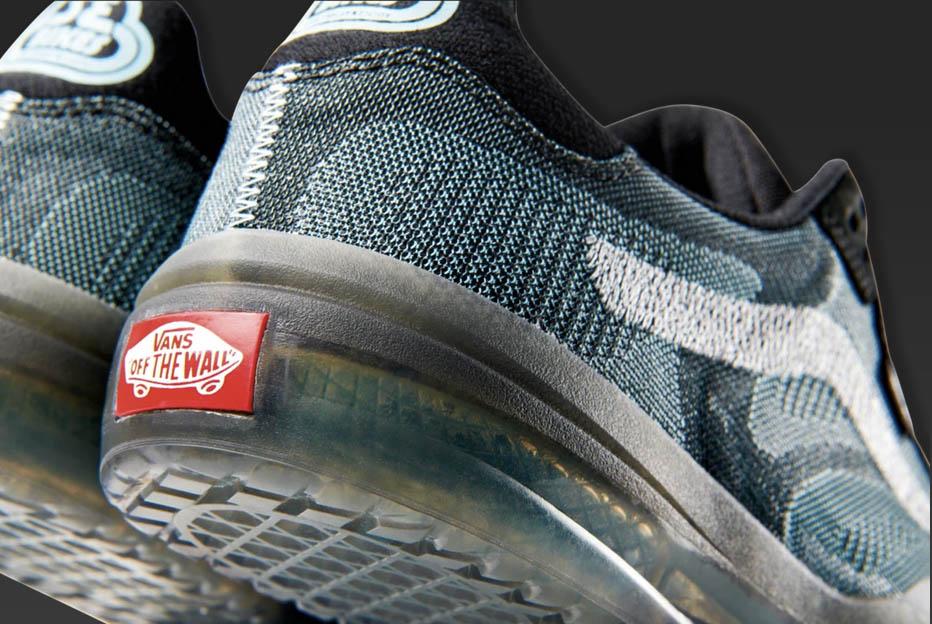 Vans x SE Bikes is back with a drop of new shoes and apparel to add to this awesome collaboration. These items are AVAILABLE NOW at SEBIKES.com, as well as from VANS.com or your local Vans retailer. Get yours before it's too late! Honoring a legacy that is both innovative and timeless, the Vans x SE Bikes EVDNT UltimateWaffle builds on a brand-new revolutionary lifestyle silhouette that is sure to be loud and clear in both style and function. Using the unique UltimateWaffle construction, this new model features a translucent outsole that combines a built-in UltraCush™ insole with an internal stabilizing shank for more cushioning, durability, and support—all while offering a unique “what you see, is what you get” look and feel. 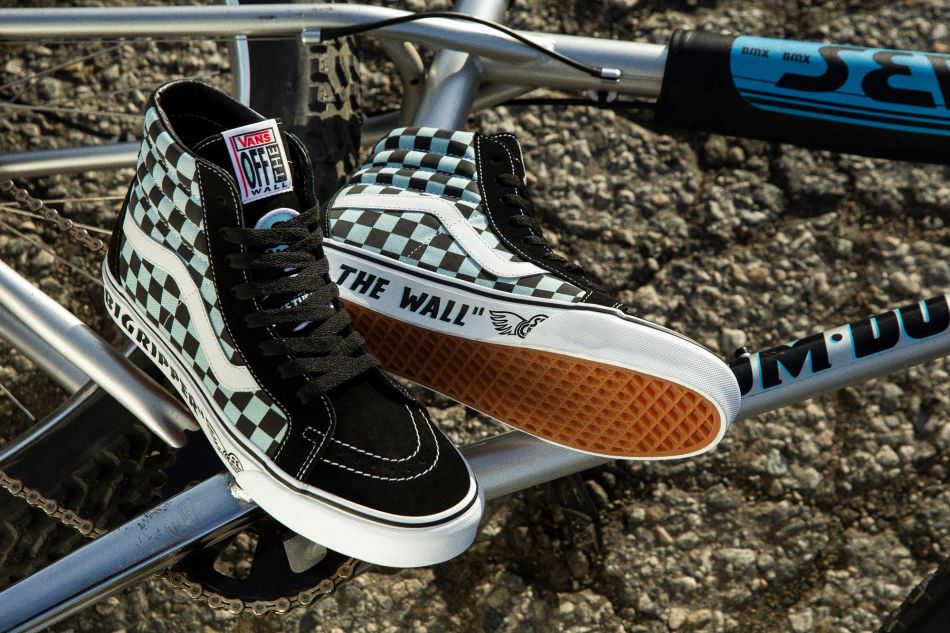 This July, Vans and SE Bikes reunite to celebrate all things rad on and off two wheels with a second collection of footwear and apparel. The legendary BMX brand and Vans come together to celebrate “Off The Wall” bike life culture with the debut of a special colorway of the EVDNT UltimateWaffle™ and Sk8-Hi® Reissue. The Vans x SE Bikes collection is available to shop now with the EVDNT UltimateWaffle™ coming this August.

SE Bikes launched the world’s first 29” BMX bike, the Big Ripper in 2009 which took the retro BMX world by storm. The Big Ripper has gone on to become the #1 bike in the Bike Life scene and serves as inspiration for the second Vans x SE Bikes collection. Driving heritage and progression, Vans and SE 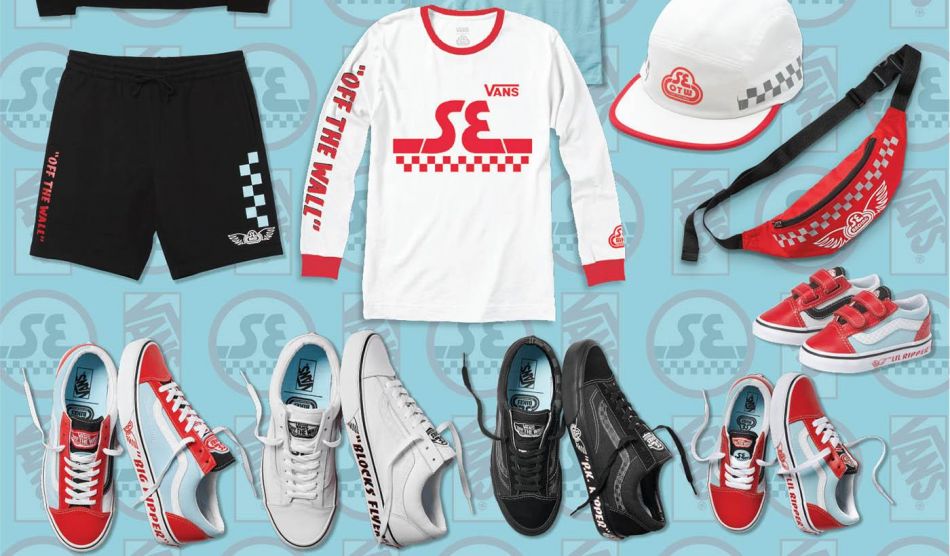 Vans, the original action sports footwear and apparel brand, has become known for its collaborations with like-minded leaders in the action sports industry.

This season, we have partnered with the legendary company for a collection that celebrates Bike Life culture and honors both brands’ legacies.

These items are available from SEBIKES.com as well as from VANS.com or your local Vans retailer. 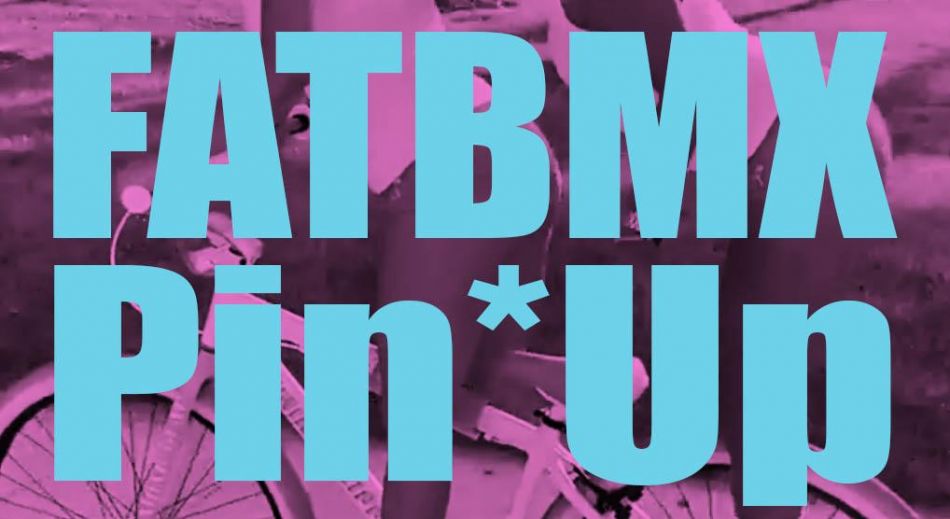 Summertime! Enjoy that bike ride. Make it more fun by giving your best friend a ride on the back pegs. Feel the wind, cruise along the water, love the vibe. Two is better than one in some cases.

PSSST! We’ve got some top-secret information for our loyal FATBMX visitors, like yourself. You guys are getting first dibs to order these limited-edition City Ripper jerseys! We are providing you with a secret link to scoop one up before the masses. These awesome basketball jerseys will be posted to our website tomorrow for everyone to view and order. But you guys can order them NOW before everyone else! There are only 350 of each City Ripper jersey available. So, if you want to get one, you better click that secret link below because by tomorrow they might be gone! 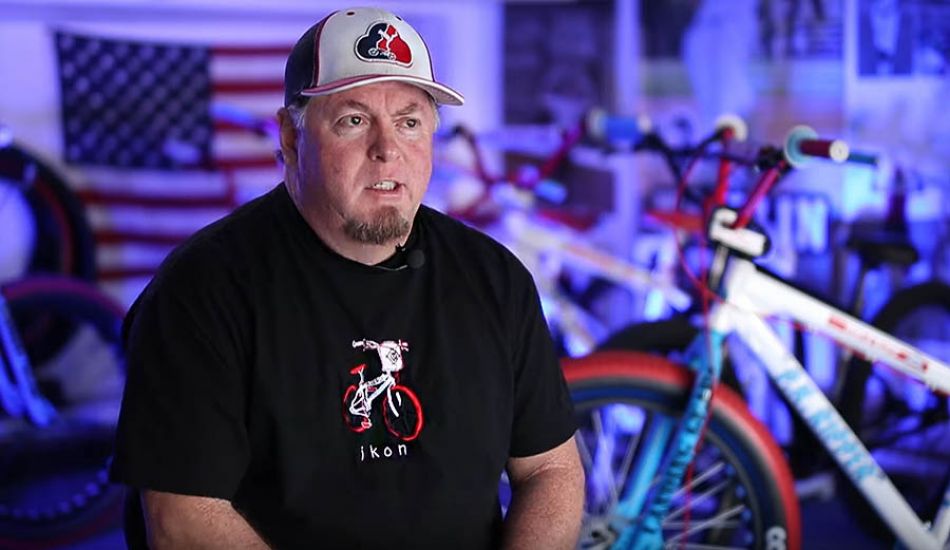 Stories from a BMX Legend: Mike Buff by SE Bikes

SE Bikes is proud to present this awesome video: “Mike Buff in His Own Words”. Buff was one of the original pioneers of freestyle BMX in the early ‘80s. He toured the country with the BMX Action trick team, performing shows introducing freestyle BMX to the world. 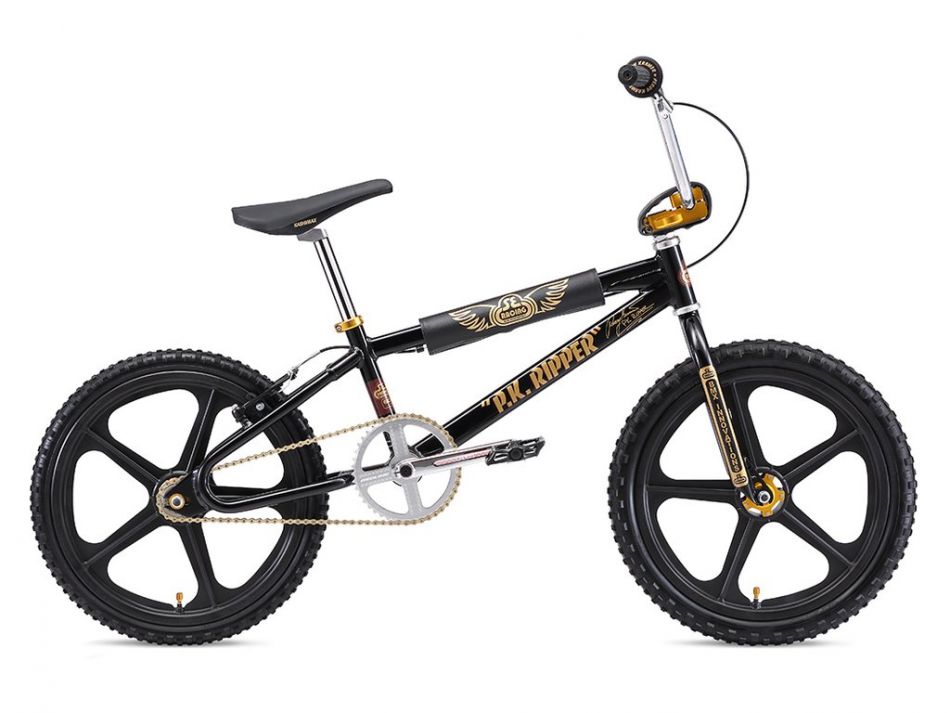 Head Sport, the Austrian firm best known for its skis and tennis rackets, has acquired Advanced Sports Enterprises (ASE), the parent of Performance Bicycle and cycling brands including Fuji, SE Bikes, Kestrel, and Breezer, for $21.5 million at a bankruptcy auction. Advanced Sport Enterprises, parent to BMX brand SE Bikes, as well as other marquee brands in the cycling industry, such as Fuji and Kestral, filed for Chapter 11 Bankruptcy protection on November 16. The company was heavily invested in retail, via its Performance Bicycle shops, which operated in 19 states, with over 100 locations. The retail bicycle business is definitely not what it used to be– and that, coupled with being admittedly undercapitalized, led to the circumstances that precipitated the filing.

Last week, an auction was held in order to sell off key assets of ASE, which reported liabilities of over