Bike360 is located in Tuscany in Ponte Buggianese, between Firenze and Pisa. The bike park covers a massive area of 60,000m2 dedicated to all things bike, with a cyclo-cross race track, freeride tracks, dirt jumps, a drop zone, two camps for training and an MTB school. The Velosolutions Pump Track there is 250m in length and is one of the largest pump tracks in Italy. The track itself is certainly one of the most technical and challenging made in the country and is sure to make for a massive day of racing.

What a way to kick off the next round of racing for Europe. It was fierce battles all day long amongst the top 4 in both the Women and Men's categories. In the Women's category @kmadarasova took the win securing her ticket to the World Championships against fastest qualifier @christa_vonniederhaeusern with 0.008 difference in a nail biting final run.

@alessandro_bassii took the honours against against @mattiacosterman after a small mistake 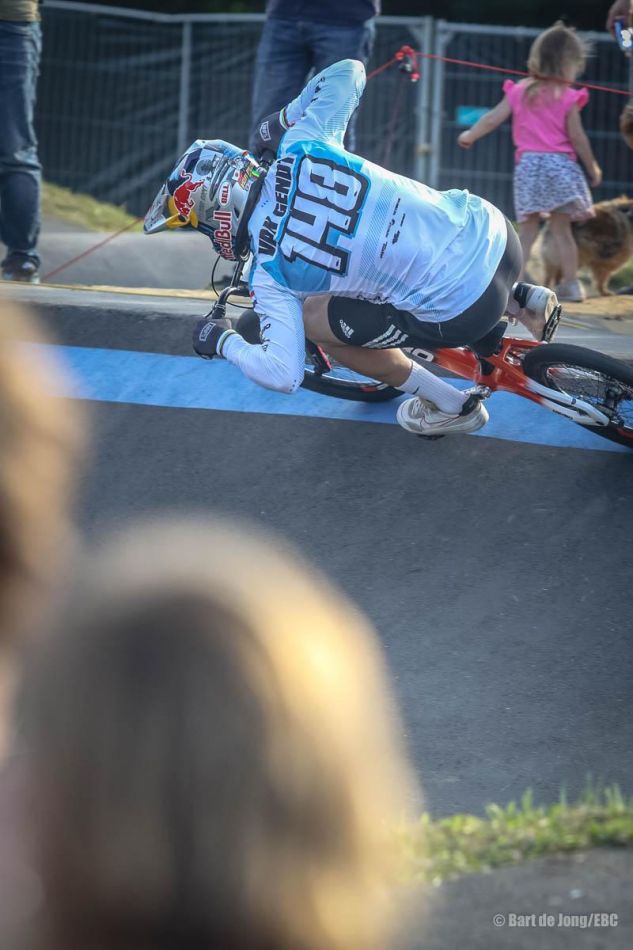 Pump Tracks are all the craze. Instead of leaving it up to the users to figure out what to do with it, Red Bull, in association with Velosolutions, have set up a worldwide qualification system for the World Championships which will be held in Lisbon, Portugal mid October. Litterally tons of qualifying events worldwide have taken place already and on Saturday 18 September it was Holland's turn to find out who would go to the Red Bull UCI Pump Track World's next month. These qualifiers are open for any rider (17+) to enter and with time running out, Eddy Clerté took the Dutch opportunity to try qualify for the big one in Portugal 16-17 October 2021.

It's a big mix with BMX as well as MTB riders setting a time at the beginning of the race. The goal is to set a time fast enough to make it to the top 32. There's a second opportunity to if you could not set a quick enough time in your first run. Once the 32 fastest riders are selected, it's a head-to-head system afterwards where the first place qualifier races the rider who qualified in 32nd, number 2 races number 31, etc. After each phase half of the riders make it to the next round until 2 are left for the final race of the day.

This was the first Pump Track race I've visited and I was wondering how the start of the time trial and the start of the head-to-head phases would go. In fact, there is no starting gate, and the riders all have their chains on the bike. Basically it's a rolling start where you can gain as much speed as you like