Spot your favorite riders in this drawing 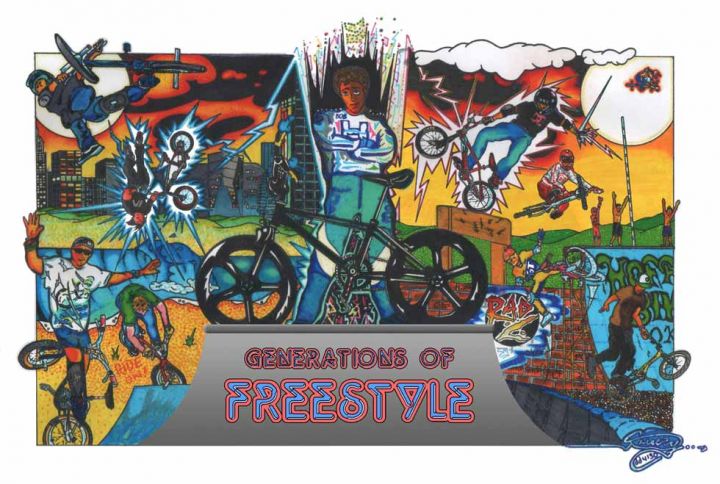 We are not sure who are all the riders in this Generations Of Freestyle drawing but we can spot Dennis McCoy in the top left corner, Ryan Guettler a bit below doin his signature superman-no-footed cancan flair, Dave Mirra is doing that lawnmower, Bob Haro is standing in the middle as the godfather of BMX Freestyle. Josh White makes it on his pink GT and we actually have to guess on the four remaining riders. That might be Chad DeGroot on your right riding flatland, what are your guesses?
Read more
Bizznizz

Koxx and Resurrection BMX now has a UK importer and website where you can browse the products. K-124 UK are currently getting a dealer network together and should have the products in store for the Christmas season. Resurrection UK will be sponsoring a young local park rider called Conan Burke and a dirt rider from the South East called Martyn 'Digger' Wetherelt for the 09 season.
Read more
Freestyle 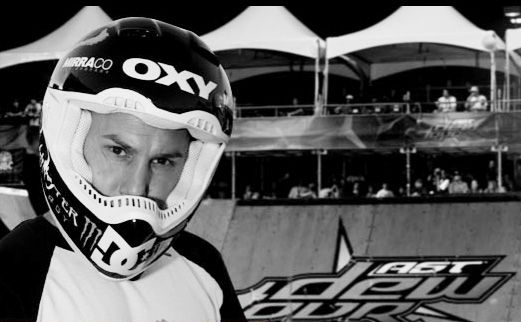 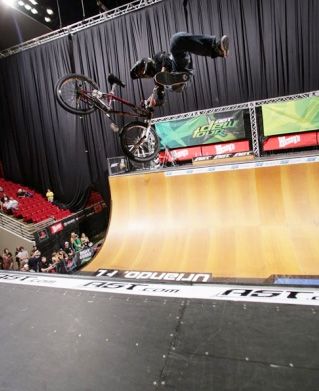 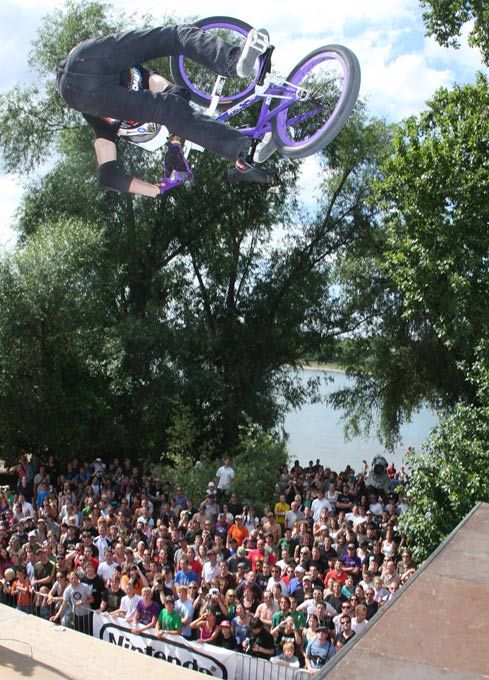 The AST Dew Tour begins its fifth and final event of the season on Thursday, October 16 with the PlayStation® Pro at Orlando's Amway Arena. The five-city tour also includes stops in Baltimore, Cleveland, Portland and Orlando. Currently in its fourth year, the AST Dew Tour is the most watched and attended action sports property in the world. Attendance for the 2007 AST Dew Tour totaled 280,000 and an average of 41 million viewers tuned in via NBC and USA each year. The top athletes in the world will take part in this year's Tour, all competing for the highly coveted Dew Cup that will be awarded in Orlando at season's end to champions in each of the six disciplines. 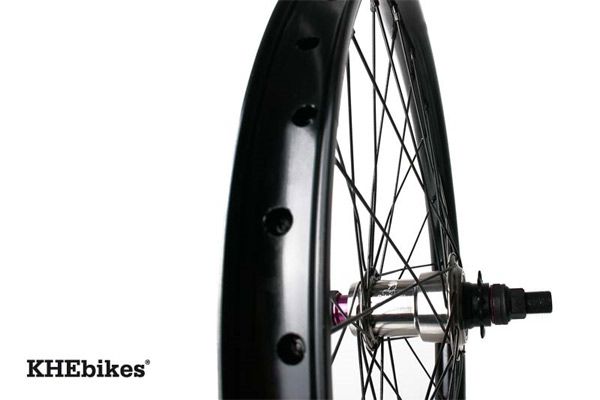 This is the new KHEbikes lightweight freecoaster wheel for flatland/Street use. It consists of our lightes parts, like the KHE Geisha light hub (with crmo studs and crmo nuts), the new 36H BIG-V rim and the famous DT SWISS spokes (now in BMX lengths by KHEbikes).
For brakeless use only.
The total weight is only 1000g / 35.273oz.
Read more
News 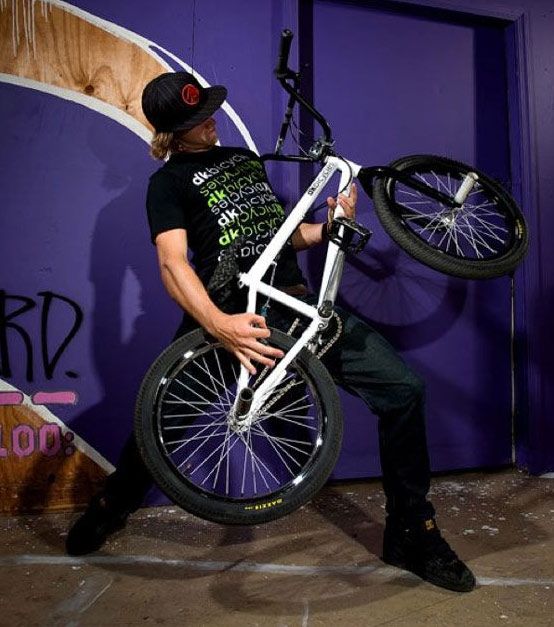 The AST Dew Tour announced Drew Bezanson as the winner of the PlayStation® Pro Moment Award from Salt Lake City's Toyota Challenge. Voting began on Monday, September 15, the day after competitions ended. Fans could view the videos at AST.com or on V CAST Videos from Verizon Wireless and vote online at www.AST.com or via text on Verizon Wireless until Friday, October 10. Fans selected Bezanson for his impressive double truckdriver drop-in off the top of the curved wall ride during the BMX park Finals.

"It's amazing to be chosen by the fans for the PlayStation® Pro Moment," said Bezanson. "I'd just like to thank everyone who voted for me and send a big thank you to the fans for watching the Dew Tour."
Read more
News