ON THE COMEBACK: BUBBA HARRIS interview by gOrk 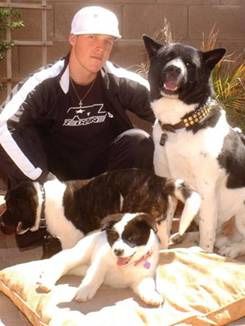 On August 20th, Redline’s BUBBA HARRIS was in Beijing, China – tearin’ it up on the official Olympic track. In practice, he looked to be the guy to beat; as he breezed thru the course and set the pace. But during the first run of his time-trial, disaster struck. Coming out of the second turn on a TT-winning split time, Bubba wobbled at the entrance of the rhythm section and was launched sideways. With his left foot still clipped in, he landed to his right and tumbled down the steep side of the jump, coming to rest in the infield with his left foot completely dislocated from his ankle. Now, 70-some days later, the 3-time ABA No.1 Pro is back on his foot, riding and training, and getting ready for what we predict will be the Greatest Comeback in BMX history. Since Bubba’s injury and healing process has been off the BMX radar these past two months, Redline thought this would be a great time to catch up with Bubba and see how the road to recovery is coming.
Read more
News

Kimarie and her friends are on it 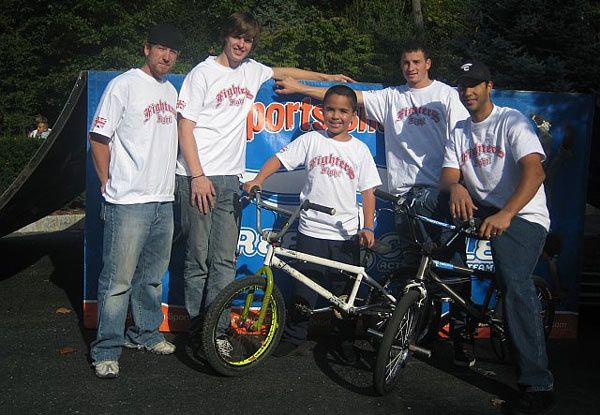 I'm sure you have all heard me talk about my good friend Joumana Kidd. At the very last minute, when we were told we could have a booth with Stephen's merchandise, she flew in all the way from New Jersey to SLC Utah to help out for 3 days and has been a huge supporter of bringing awareness to Stephens fund. This past weekend her son "TJ" had his 9th birthday party. TJ wanted a bmx party so Joumana hired bmx team to put on a demo. Her gift bags consisted of "Stay Strong Stephen Murray shirts, wristbands and VANS stickers.
Read more
Reviews 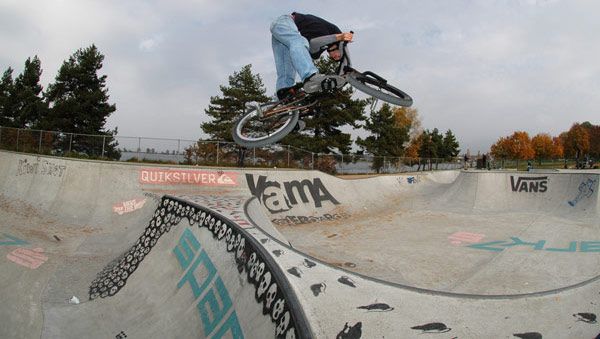 Jean Marie Baertsch has been out of action since he broke his foot in the pro minramp contest at the 2007 Rebel Jam. Dealing with an injury sucks but JMB is back on the bike. He recently put a new bike together and has been hitting up some spots where he can get his flow back. Here's what his bike looks like:
Frame: Mirraco Fivestar
Fork: Flybikes Pantera
Read more
News 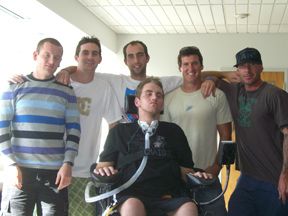 I would just like to share my happiness with you that after 130 days Stephen is vent free, oxygen free and trach free! Last night they took out his trach and so now all we have to wait for his the wound in his throat to heal. The relief of him not being dependant upon the ventilator is unimaginable. It's better than winning the lottery!

Next step............movement. If I say so myself I have a remarkable son who will defy all odds and amaze us all.
Read more
News 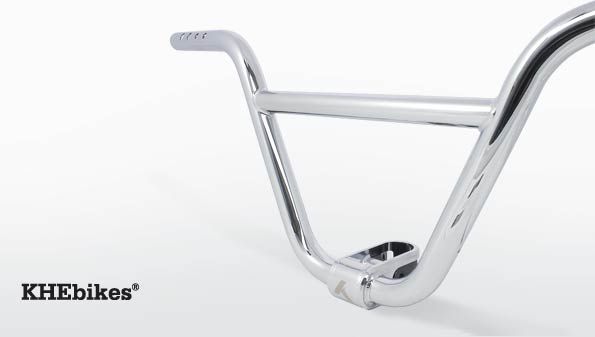 KHE is not afraid to put new things on the market. Their new product is the BarStem combo. Read more about it here:
We want to give you an insight into our laboratory:
The next level of handlebars. Our vision was to create the lightest and purest handlebar and stem possible, so we reduced the stem to its own function: to hold the handlebar tight. The outcome:
The handlebar/stem combo.
Read more
News

SNAFU BMX IS PROUD TO WELCOME MARYLAND ORIGINAL BRAD SIMMS TO THE TEAM! 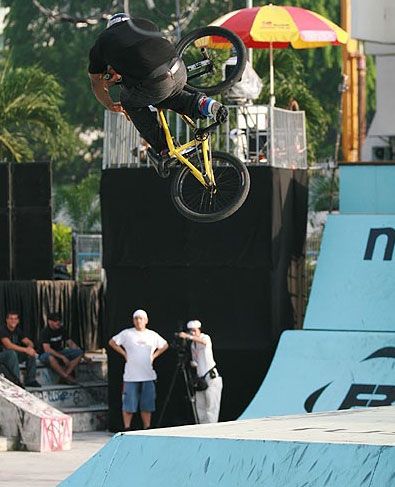 Brad Simms has joined the SNAFU BMX Pro Team. Brad calls Maryland home but this East Coast native travels more in a year than most do in a lifetime. Brad is one of the hardest working riders we know. This past year, BMX has presented many possibilities and Brad has taken on them all. Despite having the worst luck with the airlines, Brad still remains excited and eager to take advantage of any opportunity that BMX throws at him.

"Brad has more talent than what people think and his mission is to get it out there. I'm glad to be on another team with him to have more chances to hang out with him." said Jeremie Infelise SNAFU BMX PRO RIDER

A while back we were asked to send copies of old BMX magazine covers to Vans as they were working on a special Syndicate project. It wasn't hard to find people riding Vans shoes on the covers of BMX Plus!, BMX Action, Freestylin', and R.A.D. It was the only shoe you would wear if you were a BMX-er or skateboarder.
Read more
Reviews 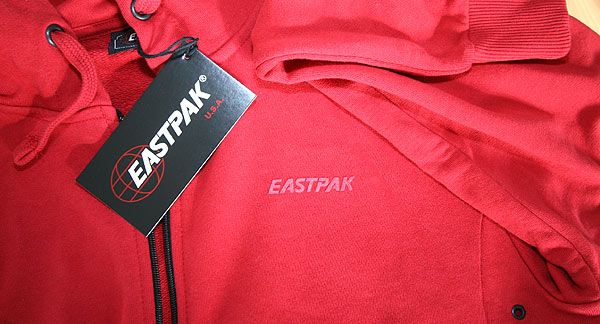 Eastpak has been doing a lot for BMX over the years. They sponsor a killer team, they do road trips, Eastpak advertises in the BMX media, they sponsor the big events and hook up the smaller gigs with goodies whenever they feel like it. You probably know Eastpak from their strong bags with years and years of warranty but they have also started to make more than just T-shirts. Jackets, longsleeves, shorts, polo's, hoodies, pants, the list goes on and on.
Read more
Pin*up

Old school BMX lovers will like this one. If the girls are not to their liking, at least it's got the all green Skyway Street Beat bike. Let's make this a 18+ FATBMX pin-up. To be considered old school you have to be over 18 anyway......Thanks to JT.
Read more
Pin*up