Olympic BMX first in Australia “Luke’s Track out the Back” 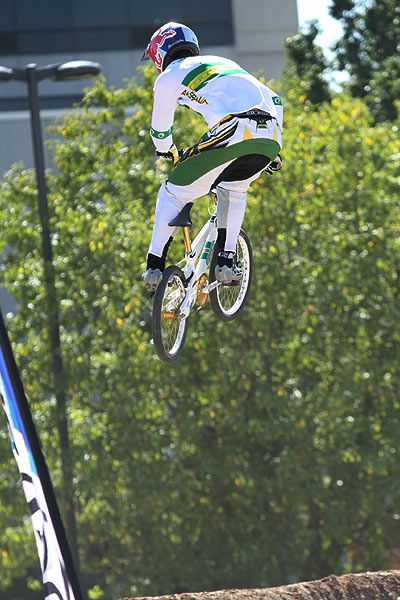 With only 136 days to go before the Beijing 2008 Olympics, the first Olympic sized BMX track has been built in Australia. Luke Madill from Penrith, west of Sydney had built a replica of the track he is hoping to race on in Beijing in August when the sport is included for the first time as an Olympic sport. Madill is no ordinary BMX rider, currently on the High Performance Squad, and ranked fifth in the world, Madill is hoping that having his own training venue will give him the edge.

It has taken Luke, his father Roger and track builders Brett Barnes and Geoff Cartwright over six months to complete the track which features an 8 metre high start ramp. Madill’s track replicates the track riders will race on at the Beijing Olympics in August. It has the same start ramp height, slope and all of the jumps are identical. This track is half the width but every other feature of the track is the same. 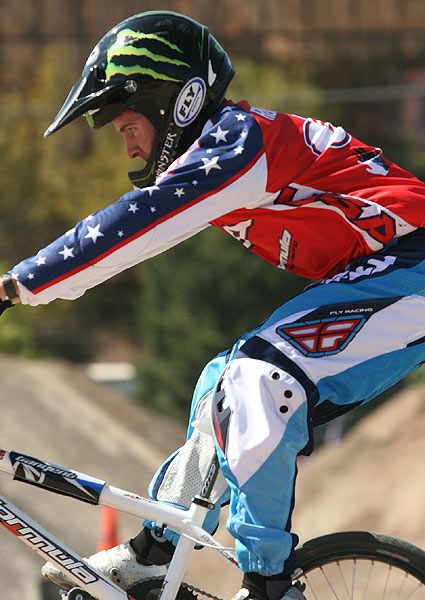 Following the intense race action and some unexpected results at the NBL Gator National, the chase for the NBL War of the Stars Pro series titles is closer than ever. Redline’s Bubba Harris pulled off a comeback win on Day 2 to tighten the Elite Men’s standings led now by Hyper/HP’s Donny Robinson and Raceplace.com’s Stephanie Barragan dominated her main to take over the lead position in Elite women. In Master’s action, Formula’s Tim Dinger clawed his way into 1st overall with a solid 2nd on Day 2 behind Free Agent’s Dale Holmes. Haro’s Logan Collins raced his way into first place overall in Super-Ex with a solid weekend but has Raceplace.com’s Warren McDow with in striking distance. 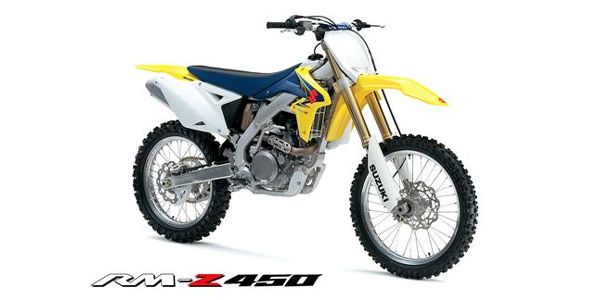 How is your country represented at the Olympic Games? 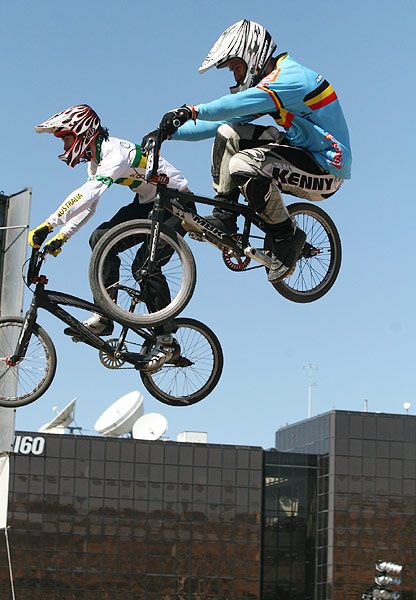 Countries are gathering points at all UCi points races to get as many Olympic spots for the 2008 Beijing Olympic Games. Here is the latest status on the overall ranking:
Qualified for three riders:
1 USA 590
2 Netherlands 410
3 Australia 407
4 Colombia 376
5 Latvia 358 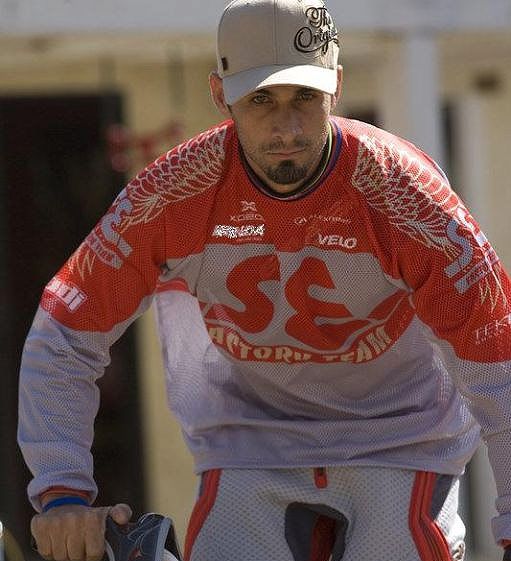 The SE Racing FACTORY TEAM is getting a cool new look this year. That’s right; the entire WORLDWIDE team will be rockin’ all new red & grey team jerseys, courtesy of Hot Shoppe. These jerseys will not be for sale to the public. You will only see the FACTORY TEAM riders rockin’ them on the track. Be on the lookout this spring for these jerseys on team riders in the USA, Australia, Japan, France, and the England.

If you are really diggin’ the new design, take note that SE will be offering the same style jersey, but in the traditional SE colors. The blue/brown/tan jersey will be available for sale later this spring. Keep an eye on SEBIKES.com for further info & product releases.
Read more
Racing 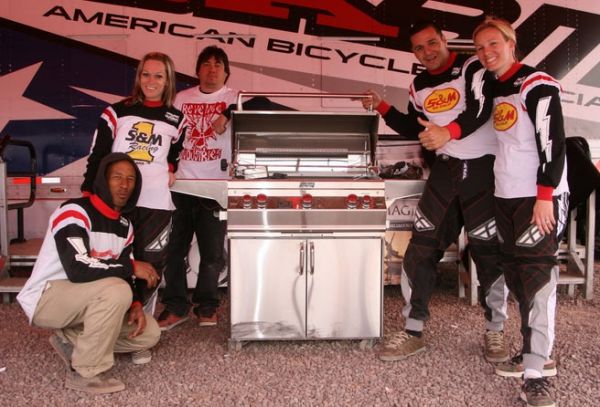 The first of nine Fire Magic Premium Grills Grill-Off Series kicked off this past weekend the ABA BMX Winter Nationals event in Phoenix, AZ. The turn out for the weekends events was excellent. The new track layout, the perfect weather, and the stiff competition were second to none. The Fire magic Grill-Off was a HUGE buzz in the pits and everybody was ready to show case their secret recipes for the judges. With well over an impressive 30 entries, the judges had to narrow the Grill-Off field down to just the top five best of the best dishes. And believe me, it was hard, everything looked and tasted sooooo good!
Read more
Racing 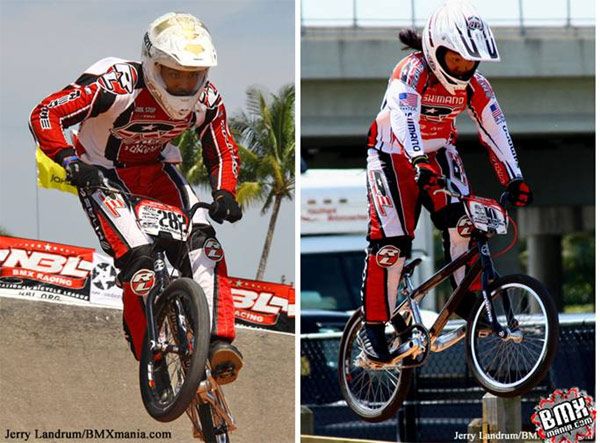 In what could only be compared to a roller coaster at Disney World, Bubba Harris’ weekend in Florida was definitely thrilling, with lots of ups and downs, and finished up on Sunday with a big smile - and the thought of “let’s do it again.” FRIDAY: In the motos, Bubba was lookin’ close to his old self, making passes to the front and working the dog-legged last straightaway rhythm section like he owned it. Passing riders on the outside line; while most chose the shorter, inside route. But Harris is still lacking power out of the gate, and he’s the first to admit it.
Read more
Racing 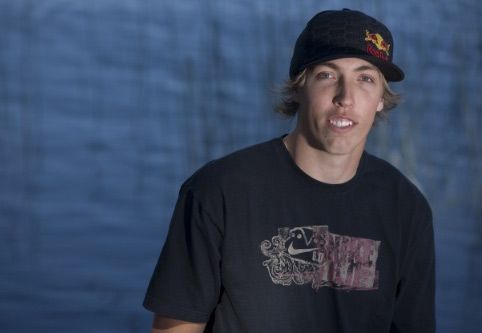 Open Dutch MX Championships round one, Gemert, NL. By BdJ 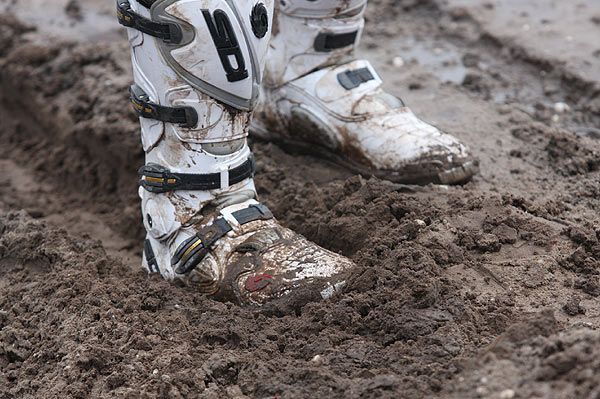 A few weeks ago I rode my dirt bike for the first time again after two and a half years off the KTM. I had a few crashes, some hospital time and a crooked bike so it took a bit to throw a leg over the buddy seat again. I survived, the bike survived and it was good fun. The opening round of the Open Dutch MX championship series took place in Gemert today. With half the GP riders there we had to go take a look even though the weather report was terrible (and they were right this time). Time to see how it is supposed to be done.
Read more
Racing

Behind bars. Team Australia on their way to the Olympics

Trailer first. Full length video at the end of the year. Featuring Khalen Young, Luke Madill, Jamie Gray, Glenn Codega and Jared Graves and their competition. The Aussies are getting ready for the Olympics. Feel the pressure, taste the motivation, listen to what they have to say:
Read more
Page 474 of 522