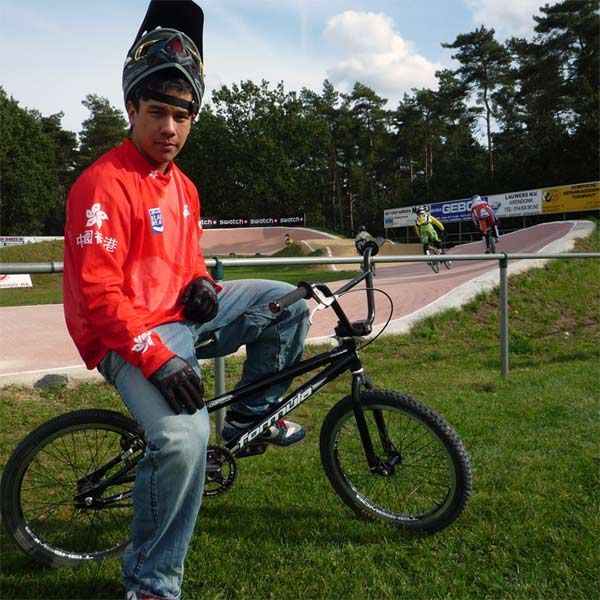 In Elite Men, we added Steven Wong to our Team, Hong Kong national Team member and living in Belgium. He will represent the Team riding the European Season combined with several big races in Asia. Steven is already flying around the track on his new black Formula Nucleus bike. He's doing some Belgian and Dutch National races to stay in shape for the Asian Championships mid November. Steven can win this title for the 3rd year in a row. 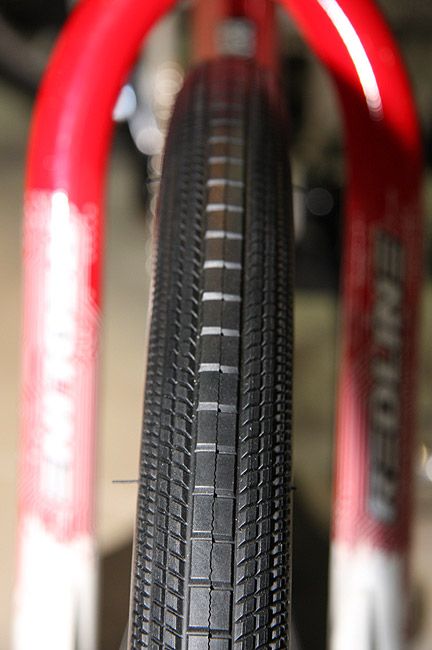 Only one month after the Olympics the first national event was held in Australia today with what could be the next group of London 2012 Oly mpic hopefuls. The first round of the Hog's Breath Café National series in Cairns saw three local champions blitz today men's divisions. Former World Champion, 25 year old Ronnie Dugdell (Cairns), won the elite while fellow Cairns riders Kurt Nicholls and Joseph Costa won the junior Probikx and 16 Boys Champbikx races respectively making it a Cairns trifecta.

Dugdell, a 25 year old boilermaker, was rewarded with a win after yesterday claiming a state title in cruiser class. Second was Olympic hopeful, Townsville's Todd Pascoe. "I felt a bit tired this morning but after I got warmed up I was right," admitted Dugdell. "I've always wanted to race Todd (Pascoe) and today I got my chance."

Dugdell lined up with Pascoe in the motos with no clear leader until Dugdell beat Pascoe in the semi-final. A quick start and the added
Read more
Racing 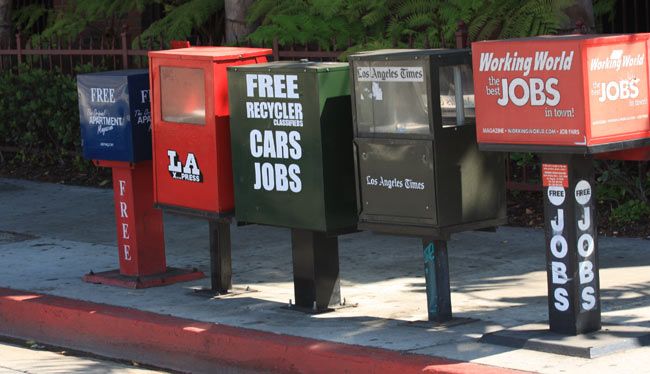 This summer the first-ever “Bomb Down Broadway” BMX race was held in NYC. Backed by Zoo York and Skavenger, a hundred or so BMX dogs converged on Union Square for the start of a completely no-holds- barred race through the streets of New York. While the X Games and Dew Tour are all about who can pull the sickest tricks on manufactured obstacles, this event kept it real and took BMX back to the gritty streets. The rules were simple - whoever could ride from point-A to point-B the fastest without getting crushed by traffic or
Read more
Racing 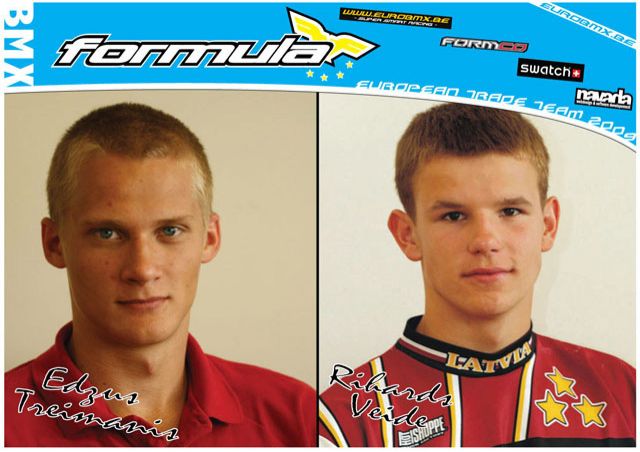 Formula will be present at the European Championships Races with the brand new Formula European Trade Team. Last weekend our Team Manager traveled to Latvia, home of the first Olympic Gold Medal in BMX, to sign our first riders for the new 2009 European Formula Trade Team. Edžus Treimanis (Elite Men) and Rihards Veide (Junior Men) will be riding for Formula next season and proved to be a good pick.

The American Bicycle Association is proud to announce this year’s inductees to the ABA BMX Hall of Fame. 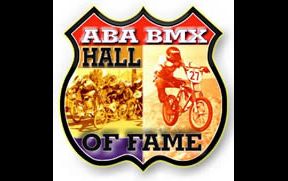 The ABA is in its 31st year of operations as the largest BMX sanction in the world. The ABA BMX Hall of Fame began in 1985 and is now in its 24th year. The annual ABA BMX Hall of Fame Banquet takes place in Tulsa, Oklahoma at ABA's host hotel, the Crowne Plaza. This event is the first of many great events over the ABA BMX Grands weekend and takes place on Wednesday November 26th 2:00pm. Seats are very limited to the first 200 people so be sure to get there early!
Read more
Racing 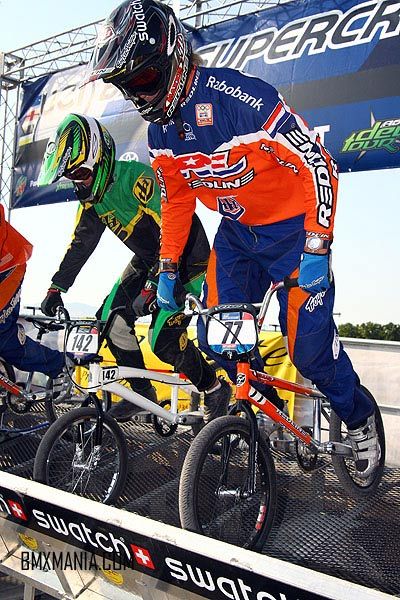 Also this year the UCI Supercross made its way to SLC for a round of their World Cup series. The dirt jumping was taking place right next door of the racing. Time trials are finished and you can see down here who qualified on what position.
Time Trials results UCI SX SLC:
1 Day
2 Bennett
3 Godet
4 Long
5 Fields
6 Robinson
7 Van der Biezen
8 Cisar
9 Nobles
10 De Wilde
11 Bradford
12 Fox
Read more
Racing 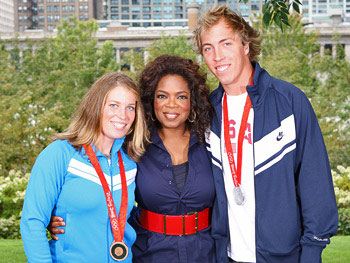 BMX racing made its debut in the 2008 Beijing Summer Olympic games, and the U.S. team proved its power player status, taking home half of the medals awarded. In the final race, Mike Day and Donny Robinson stayed in control, biking their way to silver and bronze medals respectively. Jill Kintner was at the bottom of the pack for most of the final but raced her way to the head of the class in the end, clinching a bronze.
GT riders Jill and Mike got to meet Oprah Winfrey on their post Olympic celebration tour.
Read more
Racing 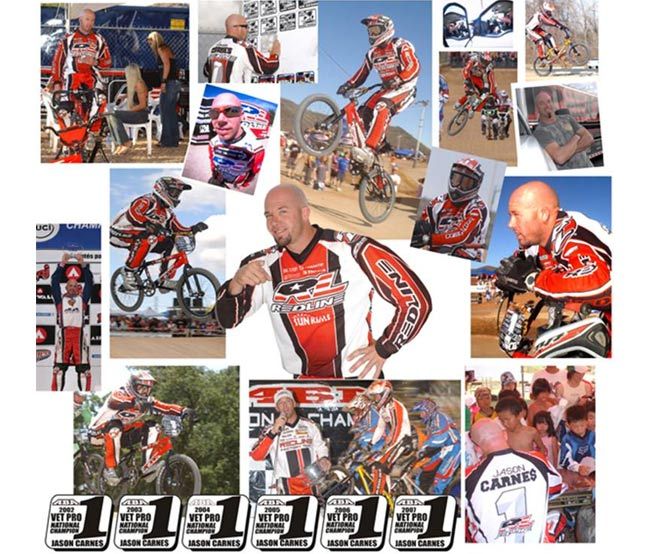 This summer, inbetween injuries and driving from ABA national to NBL national, REDLINE's JASON CARNE$ spent much of his time in Valpraiso, Indiana with M-TV's "MADE" TV Show – hand-picked by the M-TV producers as the best BMX “coach” who could teach an 18 year old girlie-girl how to race BMX. As her coach and mentor for two months, Carne$' always-hilarious exploits and odd training methods will have viewers bustin' up as the hot blonde who's never ridden a BMX bike before gets "made" in to a real BMX racer. For those who know the 6-consecutive ABA No.1 Vet Pro, you’ll agree that reality TV and he were made for eachother.
Read more
Page 477 of 540