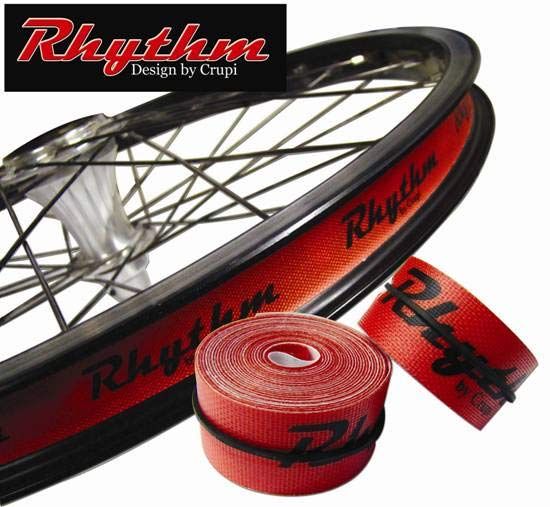 In just a year’s time since Crupi owner Greg Swingrover took over the company and declared in his first press release that Crupi would be offering a “more affordable” line of products, we are proud to announce Rhythm, by Crupi! It was a difficult decision as to how to market Crupi with second less expensive line since Crupi is known as having only the highest level products in BMX racing. Thus, we developed this new line under the name Rhythm which is designed by Crupi, but manufactured outside of the US. Rhythm will feature very innovative products that will not simply be “me too” products. A lot of thought will go into each and every product that Rhythm will release and dealers will be able to make great margins!
Read more
Racing

Intense Zebra. Be the talk of the track. 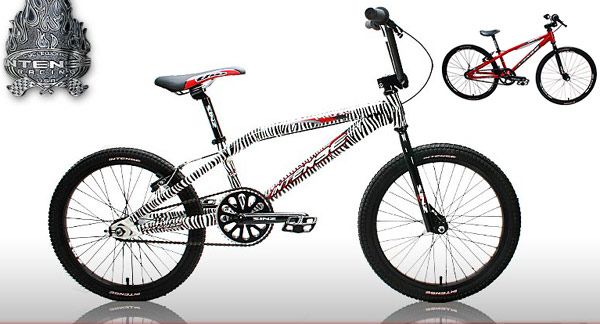 The first wave of all new 2008 Intense BMX complete race bikes has arrived at the Intense BMX World Headquarters in Sunny So Cal. Available for ’08 are 5 models in 2 new colors. Intense BMX has added a limited edition Zebra paint scheme and a “Race Red” colors to join the ever popular Black and Silver models. Now in stock in Zebra and Red are Mini XL, Expert XL, Junior Xl, Pro XL, and Pro
Read more
Racing 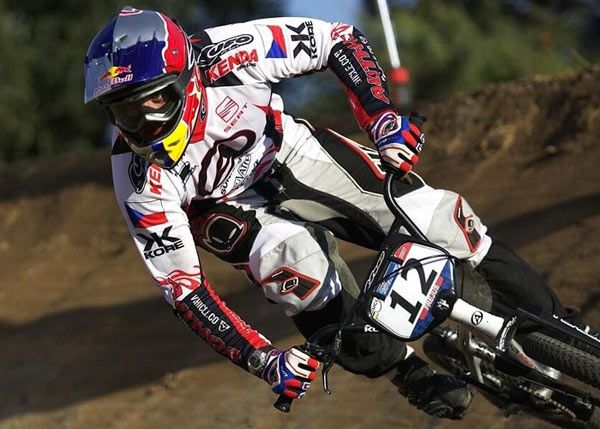 By this excellent result on Saturday, October 13 in French seaside town Frejus Michal Prokop concluded the pre-Olympic BMX season. In the last of four races of the World Cup of the new Olympic discipline BMX Supercross he won after an excellent performance the second place. Thus he repeated the last year’s position on the same place and took up the fourth place of the previous round of the World Cup in Salt Lake City. After the unlucky first part of this year’s season Michal Prokop sprung from the twelfth position up to the fifth place in the overall standing of the BMX SX World Cup 2007.
Read more
Racing 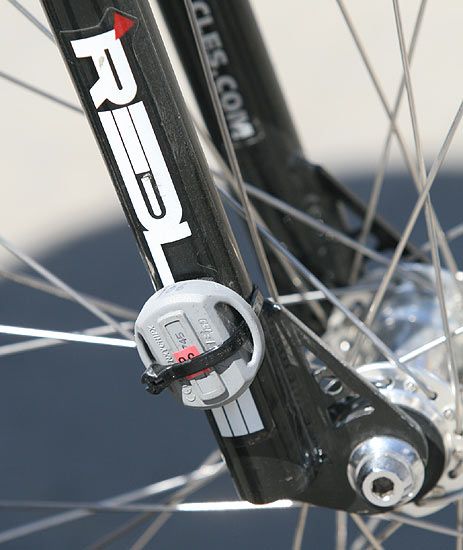 The American Bicycle Association (ABA) Fall Nationals/Disney Cup bicycle motocross (BMX) is being held October 26-28, 2007 at Walt Disney World Resort. The events will be held at Disney’s Pop Century resort in Lake Buena Vista, Florida and will feature the excitement of top professional BMX racers in one of the final events on the 15-stop ABA BMX PRO Tour. The event will feature competitors from across the U.S. and Europe, Canada, Australia and Japan. It’s being hosted by Disney’s Wide World of Sports, which is expected to host several BMX events over the next five years.

The ABA has structured the Disney events as family adventures, allowing BMX racers and their families to enjoy the Walt Disney World Resort and race an ABA National event.
Read more
Racing

BMX pics from the seventies 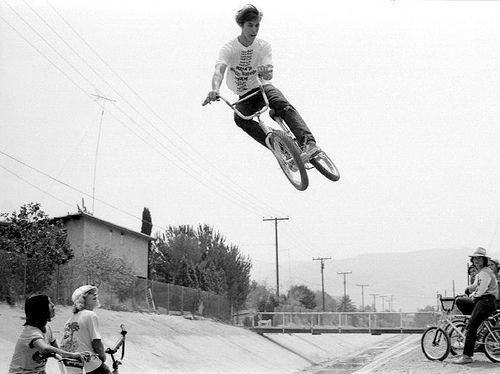 BMX Action online are having a 1970-s photo competition on their website. It features some great shots from the early days of American Bicycle Moto-X. From sidehacks to the Bonsai track, from Ditch riding to fly out jumps. JT sent us a few samples that we had to use here on FATBMX to give you an idea on how much BMX has developed since the early days. Next time you think your bike is rubbish, look at the vehicles that these guys had to deal with and the terrain they had to conquer.
Read more
Racing 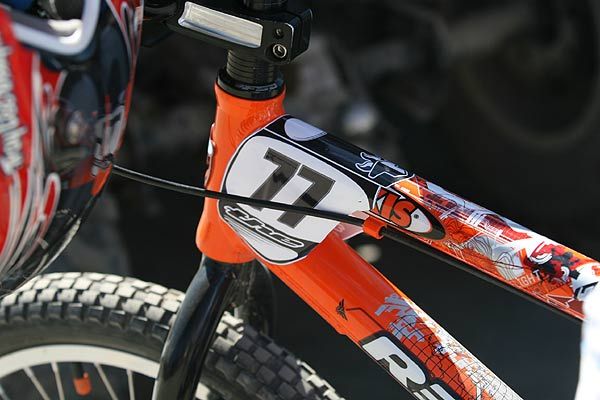 After four UCI BMX Supercross World Cup races in Madrid, Beijing, Salt Lake City and Frejus, Dutchman Robert de Wilde grabs the overall title followed by Donny Robinson and Damien Godet. The last race in Frejus, France was won by Marc Willers from new Zealand in front of Michal Prokop (CZE) and Pablo Guiterez (FRA). Neither Robert nor Donny made the finals in France but still ended up on top of the 2007 overall ranking.
Read more
Racing 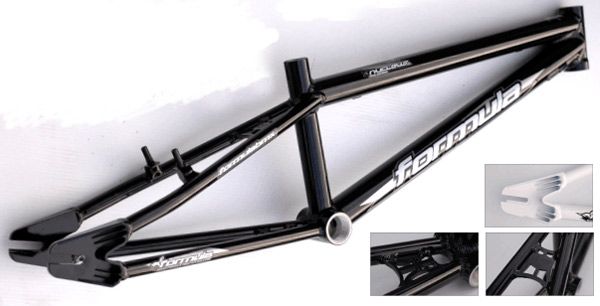 Formula Bicycle Company is pleased to announce that their all new “Nucleus Series” race frames have arrived in the US and are now available for same-day shipment. The 06/07 Solution moniker has graduated to Formula’s complete bike series, making room for a new frame-only offering. “We are stoked to finally be able to offer this kind of service to our customers,” stated Will Rells, Formula’s
Read more
Racing 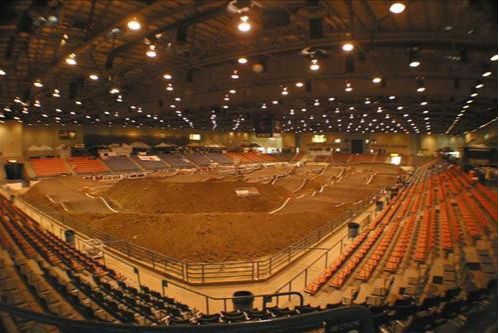 The ABA announced their 2008 National BMX racing schedule today. Looks like a busy schedule in the year that BMX is officially becoming an olympic sport. Is the ABA putting on a race at a track near you?
2008 schedule:
-January 11-13 SILVER DOLLAR NATIONALS
Reno, NV Livestock and Events Center (Indoor)
-January 25-27 GATOR NATIONALS
Read more
Racing

2007 Inductees to the ABA Hall Of Fame 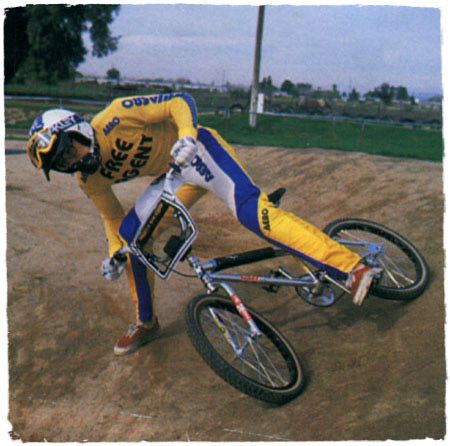 The American Bicycle Association is proud to announce this year’s inductees to the ABA BMX Hall of Fame. The ABA is in its 30th year of operations as the largest BMX sanction in the world. The ABA BMX Hall of Fame began in 1985 and is now in its 23rd year. The annual Hall of Fame Banquet takes place in Tulsa, Oklahoma at ABA's host hotel, the Crowne Plaza, Wednesday November 21st 2:00pm. Seats are limited so be sure to get there early! This year, the ABA BMX Hall 'O Fame welcomes the following people for their contributions to the sport of BMX:

Greg Grubbs: Greg was the first racer from Nebraska to make a name for his self on the national circuit. Not only was he fast, he
Read more
Racing 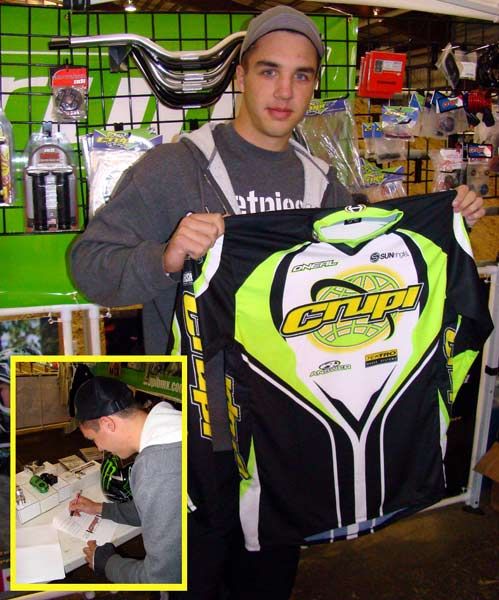 This past weekend at the ABA Canadian Grand Nationals, Crupi signed Canada’s top rated Pro Scott Erwood. Although Scott has been injured the past several weeks with a broken hand and was unable to race the Grands to retain his #1 title, Scott has a long list of accomplishments and Crupi is proud to have him aboard the Factory Squad! Scott will be part of Crupi’s World Factory Team but will also ride for Crupi’s Team Green Canada under Team Manager Sean Sinclaire. Crupi Team Green Canada just celebrated their 3rd Championship Title by finishing first place at this years Canadian Grands.

Crupi frames are hand built in Canada by Yess Products so it is just natural that Canada is Crupi Country! Congratulations go out to Crupi Team Green Canada and Crupi’s newest Factory Pro.
Read more
Page 520 of 558