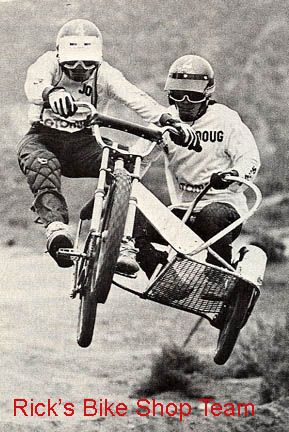 To commemorate this occasion and in conjunction with the UCI Supercross and US Open Amateur National, the San Diego Hall of Champions will host the 25th annual BMX Hall of Fame banquet
Read more
Racing 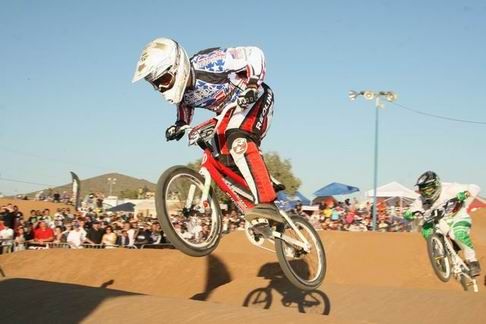 The 2009 ABA BMX racing season has been a crazy and exciting one so far this season. Almost every ABA BMX event this season has been up in rider participation and attendance. Some events have been the largest they have been in the past 10 years. The UCI events, the USAC National Championships, and the ABA BMX Nationals series events have been a who's who in the BMX racing world. We've even seen some world class dirt jumpers make the jump back to their roots and get back out on the track. Heck, even everyone's favorite BMX hero, Cru Jones has been spotted on an ABA BMX track in 2009!
Read more
Racing 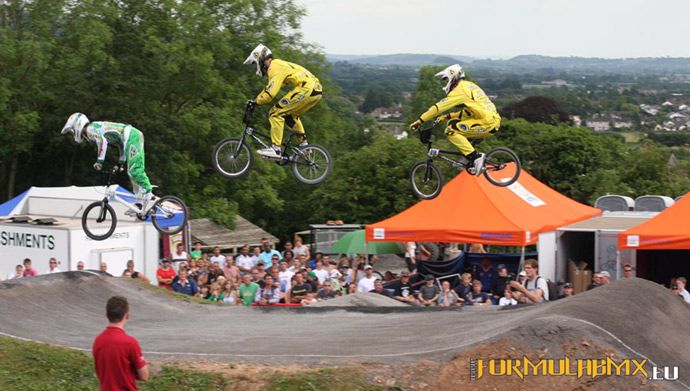 During last weekends European Championships rounds 13&14 in Cheddar (UL), Formula Europe’s Rihards Veide proved to be back in full shape after his injury earlier this season. Rihards took 2nd place in Junior Men in both rounds. Also Niklas Laustsen is back after his injury and made it the semis both days. In the Elite Men category, Edzus Treimanis is riding consistently making finals. He took a 6th on Saturday. Edzus is now in ranked 6th and with 2 more rounds to go,
Read more
Racing 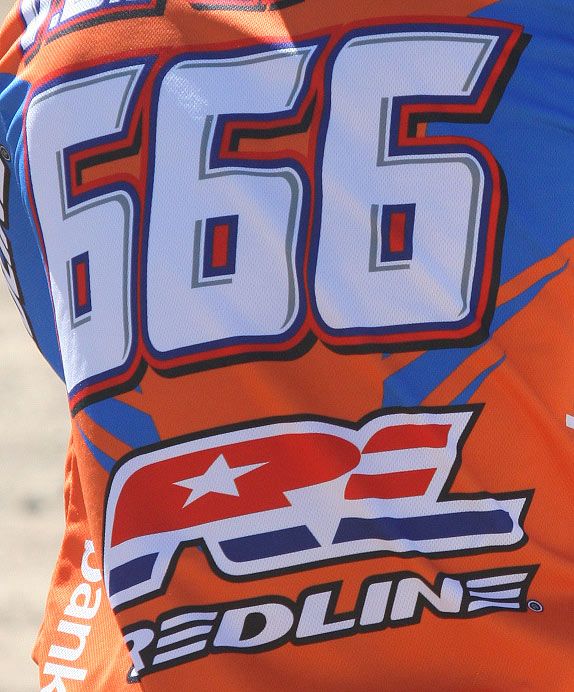 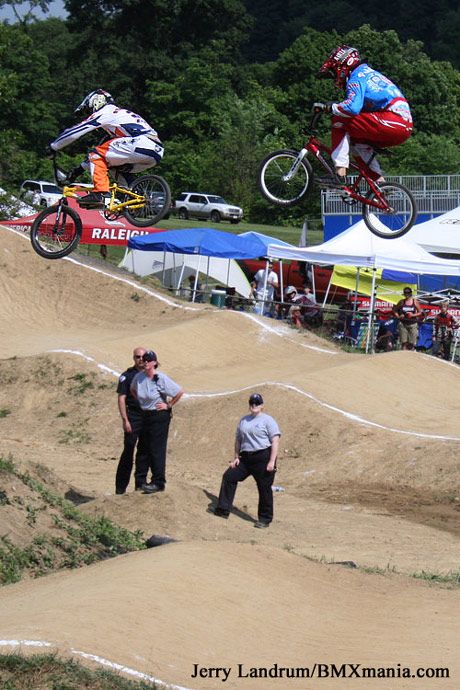 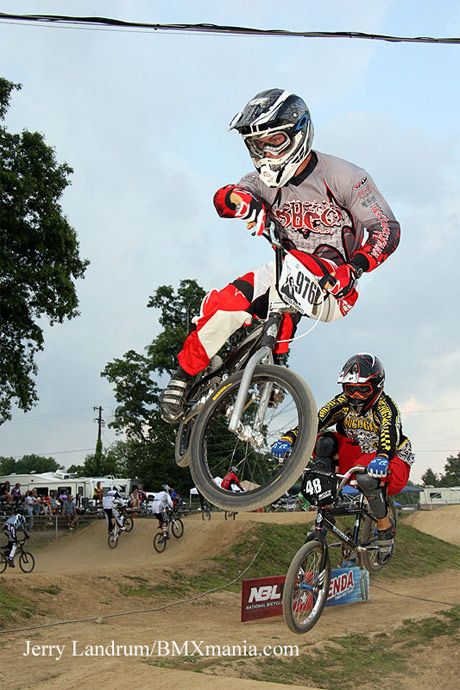 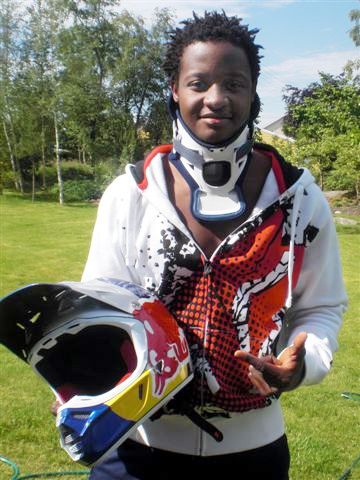 Wednesday Update
Latest with Sifiso, he can't speak but I just got a message from him on skype saying I'm home and overwhelmed by all the messages in my inbox and face book please thank everyone for me.

This is what the doc has said about the surgery, “we had to cut an opening like two and half finger wide in his throat to put a spacer between one of the vertebrae. We also had to put a titanium plate with two screws in and had to remove some ligaments that broke. The work was done around the C3 & C4. In six weeks time we will have to see on his improvement and make a decision on a second operation.”

Sifiso typed on skype, ”I'm still pretty drugged up. I feeling like falling asleep every 5 min but I'm looking forward to the recovery process. With the help of Marie, Anders and his wonderful family and
Read more
Racing 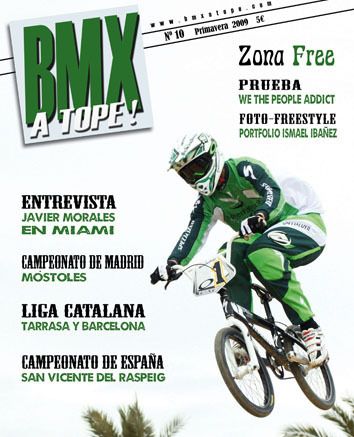 Growing a xeroxed 'zine into a 84 page full sized full colour magazine is a good job. BMX A TOPE! is a Spanish BMX magazine that focuses on BMX racing but also has some freestyle topics in there too. Issue 10 has a wethepeople Addict bike test for instance (6 pages!) and a report about a jam in Mallorca. It shows a little concrete park so maybe that'd be something for the next trip? Ismael Ibanez has a photo portfolio with some great shots of Naran and Alvaro. The magazine is in Spanish so hard to read (for me) but great for those countries where they speak Spanish and little English. The BMX Old School pages were cool to see. Brands like Zimarron, Monty, Derbi, BH and Peugeot were once big in BMX. Michelin even had a COBRA BMX tire out! Racing takes over from there with an interview with Javier Morales visiting Miami, and many race reports with loads of photos. There's even a full page FATBMX ad in the mag!
Read more
Racing

AUSTRALIAN NATIONALS: TEAM REDLINE~AUSTRALIA ALL OVER THE PODIUMS; TAKES FOUR NATIONAL NO.1 TITLES 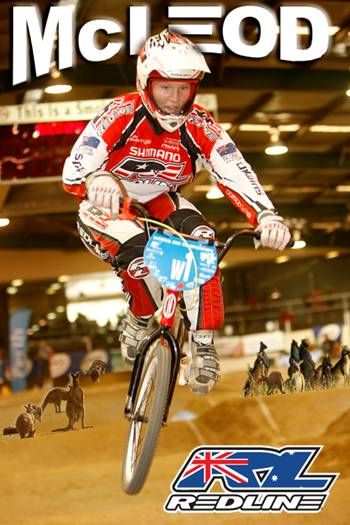 The Redline Queensland team - which consisted on Tristan Kronk, Mitchell Hoad, Lachlan Harvey and Katie Van Zanden won the Team Trophy. With the Redline Australia team placing a close second - consisting of Karl Mustchin, Kai Sakakibara, Saya Sakakibara and Melinda McLeod. Well done to all the riders who came away with an Australian plate. Special mention has to be given to the riders who placed in the top three.

The girls showed the way coming away with four 1A plates. Rachelle Smith from WA was the only rider to do the double 1A in her 12yr girls 20" class and in 12yr & under girls cruisers. It was also Rachelle's fourth time receiving 1A. Speaking of multiple titles - Melinda McLeod, from QLD, won her fifth Australian Title and placed 3rd in 15-16 yr girls cruisers. NSW's Saya Sakakibara also defended her No.1-Aus plate and showed why she is currently ranked No.1 in the World.

Mitchell Hoad from QLD moved up one place from last years result,
Read more
Page 485 of 568