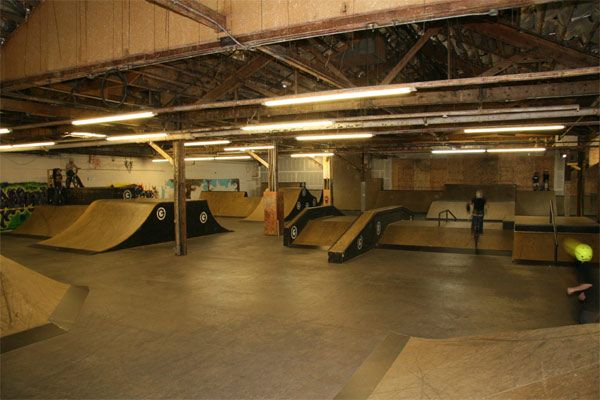 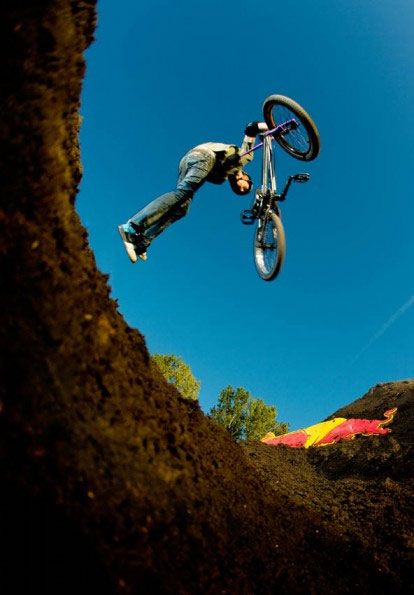 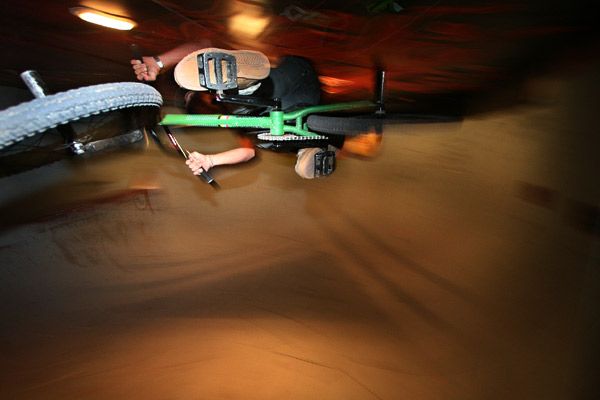 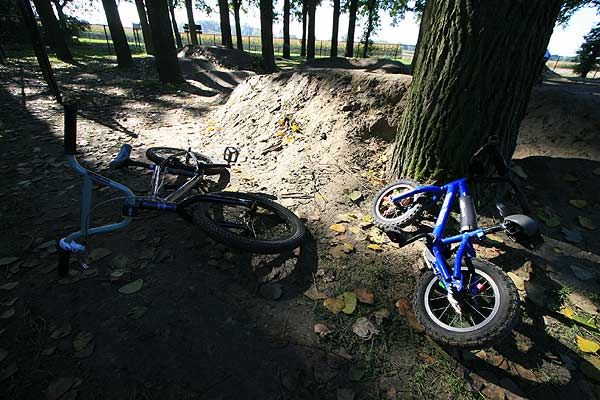 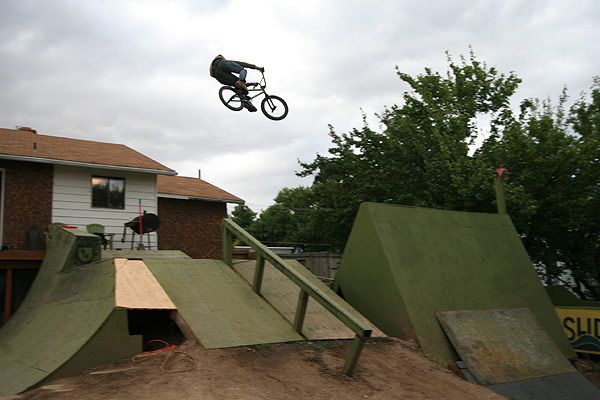 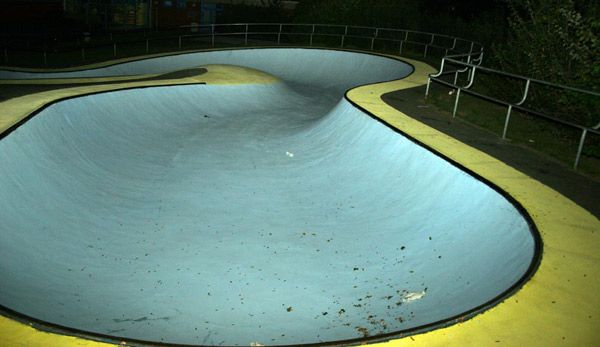 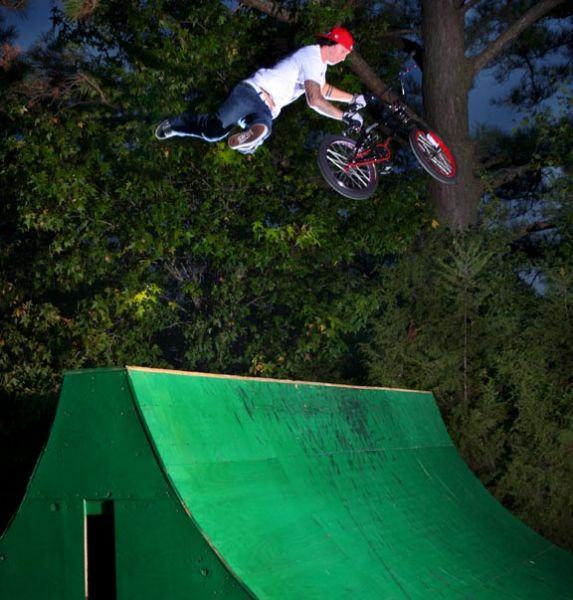 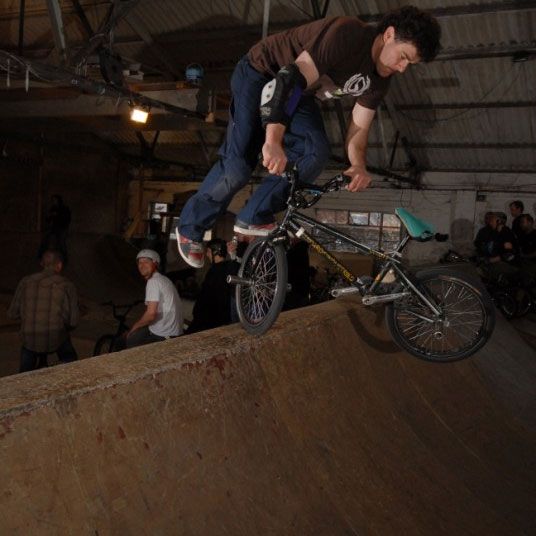 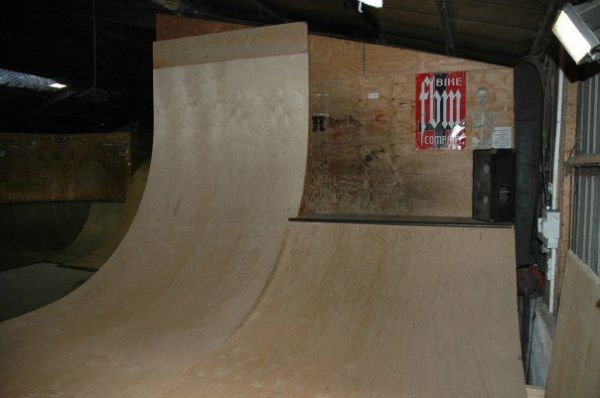 In England there's one park that has brought forward a new breed of BMX riders. Alistair Whitton, Owain Clegg, Robin Fenlon and Jon Taylor were locals at this indoor facility for a long time. Anybody who runs a park knows that it gets rough at some point to keep things open. The Boneyard recently invested in some new ramps and some new surface to keep things going. For directions, opening hours, a bus schedule and more photos, check their website. For all other questions, pick up the phone and give them a call.
Read more
Scene Reports 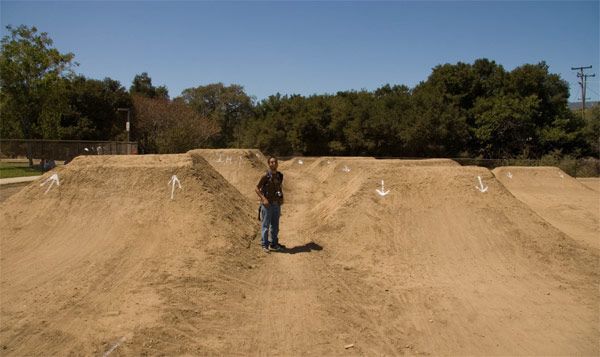 Calabazas dirt jumps in Cupertino, California have been around for years. A lawsuit shut the whole place down a while back after someone hurt themselves riding there. Last weekend was the official re-opening ceremony and I walked away with loads of dirt up my nose and a free towel ( new bike rag ) from some new Disney movie. Don't ask me what the marketing connection is there. The folks from Red Bull were in attendance and handing out their product to keep every kid there awake for the next month.
Read more
Page 41 of 47