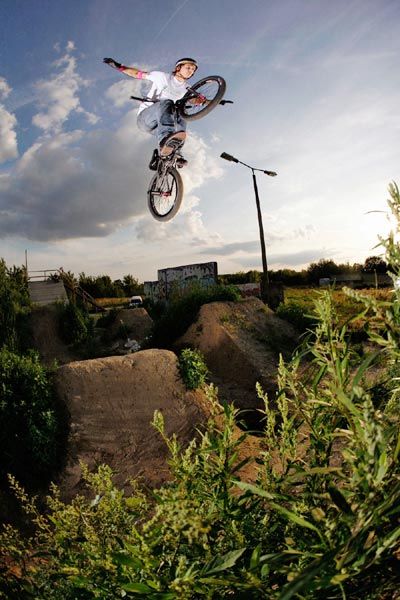 Bommel is overly friendly but also that generally loud and a lot talking nerd, which is even doing double whip flips after being a party animal the night before and looking like a zombie on a 20” inch.

You might have seen Bommel going bananas at the Masters in Cologne, if not come to Rebel Jam in Berlin and witness the slickness.

Rick Thorne is keeping us informed on his life; Warped Wednesdays! 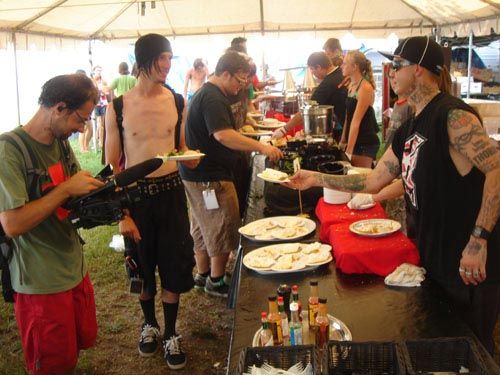 Yo what Up? I've been filmin' a lot on tour with FUSE NETWORK's "Warped Wednesday's", followin' me on tour ridin' and being tha smart- ass that I am......Ha! Ha! Been good & should gets sum sick coverage from tha show, "Warped Wednesday's", It's on FUSE NETWORK every Wednesday, It covers all different angles from tha tour(FUSE Is an music channel).......so far I filmed a 5 minute segment with them and thay have plans 2 do 2 more 5 minute segments with me........tha lifestyle of a pro BMX'er 11 years on this tour.....OH! I gots me sum stories that's 4Shore.........
Read more
Freestyle 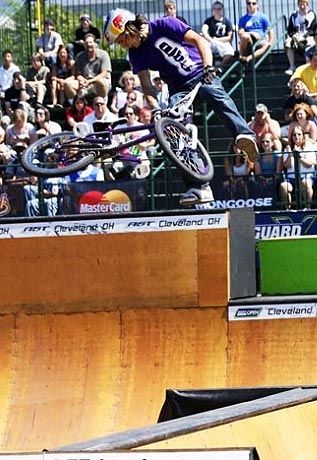 Daniel Dhers of Caracas, Venezuela narrowly edged out Ryan Nyquist to win the BMX Park competition. Dhers, last year's Dew Cup champion, finished with a 93.92 score, besting Nyquist’s effort of 93.25. Dhers, 22, donated his $15,000 prize money to the Stephen Murray Recovery Fund to help Murray who suffered a career-ending injury at the Panasonic Open in June. “All weekend I was thinking I have to make money to donate to Stephen, and now I’m glad to be able to say I stepped it up to do that,” said Dhers.

With Dhers winning the first two events of the 2007 season, he leads the AST Dew Tour standings with 200 points followed by Nyquist with 124 points.

Not a 10 speed this time but a mountain bike. Whatever dude, it's the chick that matters. She's got some hooters. Again, 21 years and over. We don't want to get into trouble so click away if you haven't reached that age.
Read more
Pin*up

A bicycle is a bicycle, but all girls are not necassarily qualified to make it as FATBMX pin up of the week. This girl is X-ing it up though. Remember guys and girls, this is 21+ only. Don't sneak in. We warned you.
Read more
Pin*up

V local Matt Slim came through with a bunch of PinUp pics for FATBMX. Here's the first one called Japanes girl on a bicycle. The others include more nakedness. Better get ready for those (21+).
Read more
Freestyle 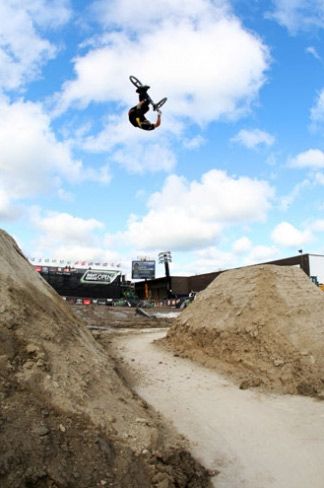 Ryan Nyquist continued his domination on the AST Dew Tour collecting his second consecutive event title in the BMX Dirt competition on Friday, July 20 at the Right Guard Open, the second event on the 2007 AST Dew Tour at Cleveland’s North Coast Harbor.
Nyquist of Los Gatos, Calif., completed a flawless final run to overtake Corey Bohan and Luke Parslow of Australia to capture his second event title in as many events. Nyquist finished with a final score of 91.08. Bohan followed close behind at 90.42 and Parslow at 89.67. After two events, Nyquist leads the BMX Dirt tour standings with 200 points, followed by Cameron White at 130 and Bohan in third at 124.

“I’m definitely off to a great start,” said Nyquist. “I’m definitely happy. I had kind of a scare in the second run and knew the 720 was a risky move, but I’m glad I was able to pull it off. It was a great competition and we’ve had some amazing runs this season.”
Read more
Scene Reports

Let the bikes in! LA needs BMX back up this upcoming Friday July 27 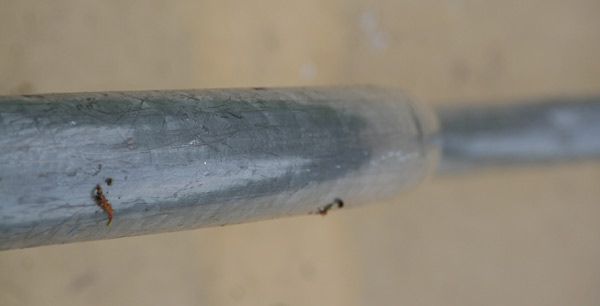 LA City is opening its new concrete skatepark, Garvanza Skatepark in Highland Park. The park is big and spread out with a 9 ft. deepvert swimming pool inspired pool and a large street course. They told Todd Seligman that they would allow bikes. Now they are saying that the contractor will void the warrenty if bikes are allowed. The guy that runs the park for the city wants to allow bikes and he is encouraging as many BMXers to show up on Friday as possible.
Read more
Racing

Last month the ABA was proud to announce two new ABA Canadian Tracks, and this month we are very excited to proclaim the addition of Ottawa BMX in the province of Ontario. Ottawa BMX will now become the backbone of ABA's presence in eastern Canada, and will proudly host the 2007 ABA Ontario Provincial Championship Series. The ABA Ontario Provincial Championship Series will be a great addition to the province for both the riders and the track.