Written by Bart de Jong
Read 38790 times
We're not done yet with the old school bikes. People don't realize most of the time that inventions now, were actually things of the past. Fly Bikes' drilled rims were done by Mongoose ages ago. Cook Bros had cantilever brakes and a stem similar to the A-headset system that is being used right now, a long time ago. From the bike in the picture it looks like they even were way ahead of GT's first freestyle frame. Anyway, look at the photos and discover things that you have on your bike today. Forget about that buddy seat though.
Read more
News 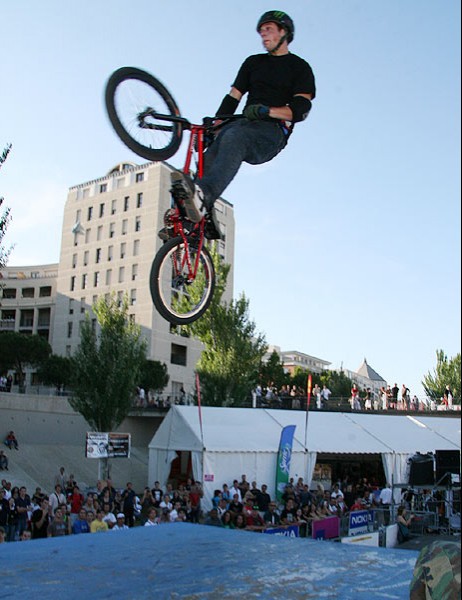 Our latest poll: "Which trick do you think is the hardest trick?" received 400 votes in a pretty short time. The 1080 is considered the hardest trick of the three (238 votes) with a triple tailwhip in second (94 votes) and a double flip in third (68 votes).

The new poll is about YouTube. Do you like more BMX movies on FATBMX? Do you mind the poor quality? Do the FATBMX Freecaster movies cover your movie apetite? Do you mind the download time? Let us know by giving us your vote in the new FATBMX poll in the right column on the main page. Thanks.
Read more
Racing 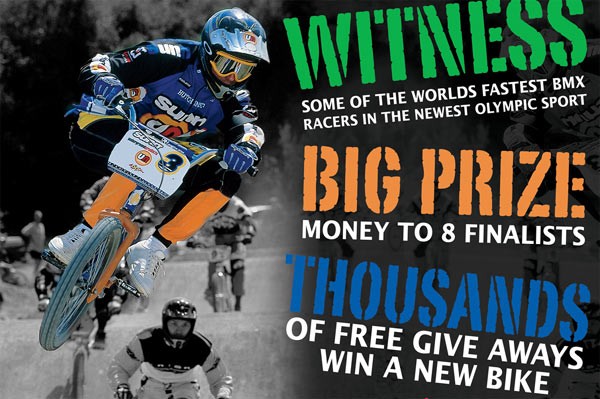 Dylan Clayton and friends are holding a race/event at the venue of the sixth round of the UK national championships which is Dylan's local track where he helps out. There is also a uci points race on the Sunday too. There will be a link on the FIRMBIKES site in a couple of days with hotels, map etc. We have some good sponsors as you can see so the prize money is good, hopefully about 6/7 hundred for first paying to 8th. The track has been rebuilt and is riding really good.
Read more
News

Diamondback team up with NASS to look for the next up and coming BMX star! 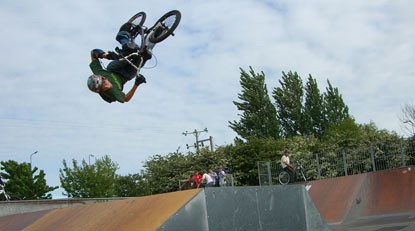 Diamondback are looking for the newest member to there expanding grass roots team, the top riders from the BMX ammeter comp will go forward to ride for the Diamondback team. The winning rider will be given the top of the line Accomplice BMX, Team kit, have comps entry fees paid and could be used in promotional posters and the Diamondback magazine! Also Diamondback will be
Read more
News 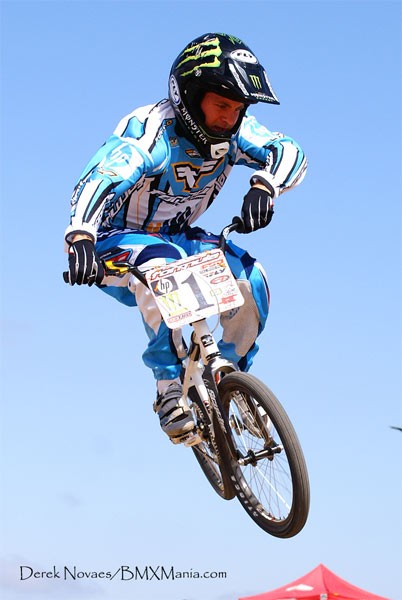 Waterford Oaks, Michigan - If there's a title to be sorted out, you can bet that Factory Formula / Monster Energy / Fly Racing's Donny Robinson will probably take it. He grabbed just about all of them in '06 and now he has made history by taking the first ever Elite Men's National Championship title. With the Olympics approaching, this title is ever important and is the first step towards every BMX athlete's Olympic dreams. Donny made the trip to Michigan and was feeling good about his chances. In the main, dR was stuck in lane 8 and Matt Pohlkamp pretty much shut down every pass attempt Donny threw at him. With a move reminiscent of last year's NBL Grands, he passed Matt through the Pro section to take the lead and the win.

The video is posted HERE. Also make sure to check out the Formula Rider Journal to hear what dR has to say about his big win in his own words. Click HERE to check out dR's journal entry.
Read more
News 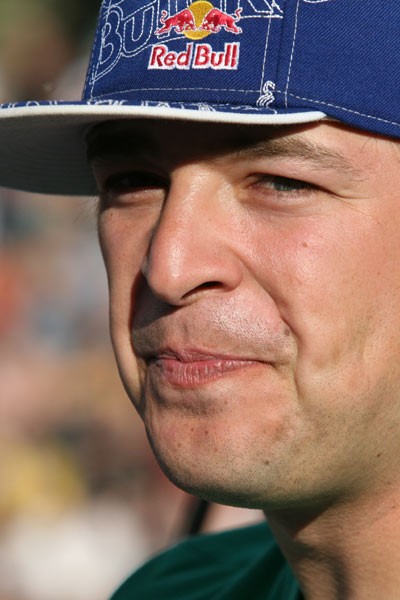 The project “Local Support” helps to improve the bike conditions in Austria. That includes the suitable setting of the spots, certain challenges, workshops and the support of events. The next event is really outstanding: the Teamchallenge on the 23.6.2007. On the occasion of the opening of the bike hall “Secret Project” in Brunn am Gebirge the Austrian Freestyle Team, which includes the hero of the BMX scene Senad Grosic, invites to the “Local Support Teamchallenge” on Saturday the 23rd June 2007. BMX spots from all over Austria are called upon to send teams, each with 3 riders, to the BMX street parcours in the new hall near Vienna. Eleven obstacles on 850 m² provide enough possibilities for the BMX riders to show their full potential and to convince with various tricks. The performances are judged by the hosts themselves. Senad Grosic and his Austrian Freestyle Team are looking forward to see crazy Austrian action. The reason why: the winners receive a brand new obstacle for their spot. Information and registration on: localsupport.at
Read more
Racing

Written by Bart de Jong
Read 4917 times
Gilbert, Arizona—June 8, 2007— The American Bicycle Association (ABA) “The Sanctioning Body for BMX”© has just completed a replica of the 2008 Olympic BMX (Bicycle Moto-Cross) track in Salt Lake City, Utah. The track will allow World Class riders and teams to train for the upcoming 2008 Olympics in China, where the sport of BMX will make its debut.
Read more
Freestyle 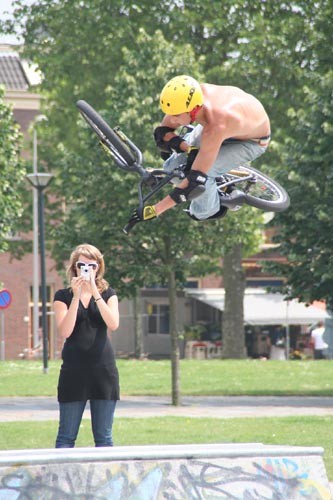 To save the scene in Utrecht from "the Dare Devul" it was Dave to the Resque to keep the Jam at the Griftpark going for the upcoming years. The weather was bad the day before so the Edit festival in Eindhoven was rained out but in Utrecht it was nice and sunny. It was good to see some "old" riders like Remco, FC Dennis, Gert, Casper, Bjorn, Erik riding with "new" riders like Virgil, Mayton, Robert Seuren and more new school kids.

The jam was a real "Rescue" jam so Dave arranged some speakers with a mic and that was about it but he had to buy a permit from the city of Euro 420,00 which was cancelled later by some nice people from the city of Utrecht so it didn't cost him money and looking forward to next year.

The Griftpark is a nice surrounding and the bowl is good for a nice day of riding, we might take the two grindledges down next time to give it more flow but that's another project.
Read more
News

Written by Bart de Jong
Read 2841 times
The BMX Feed site took me to the Fox website and I was stuck there for 20 minutes watching killer videos of their tour. The riders on the FOX team are awesome and with everyone together only good things can happen. It's not always about the big tricks either. Watching Chase Hawk, BF, Aitken, Bohan, Ruben and Joe Rich flow at the spots they visited is priceless.
Read more
Reviews 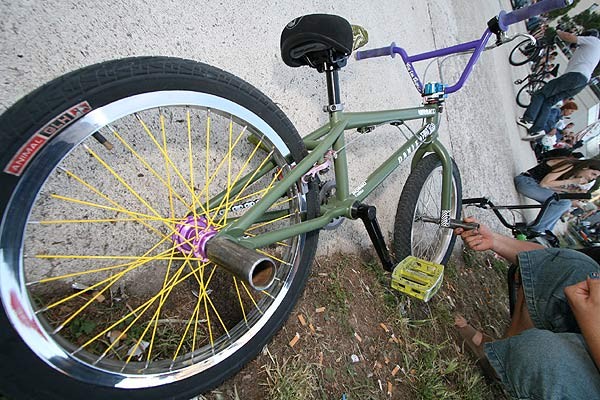