King of the Wall 2006. Switzerland. By Nonda

Written by  Bart de Jong
Read 5804 times
Usually people walk the world wearing a blindfold! This is caused through missing knowledge and abilities to use the infrastructure in a creative way. I have unconsciously passed this curved wall for at least six years. Then, BMX opened my eyes! YEAH…. Holy shoot, this wall is one of the greatest things the Almighty has given us! The terrain around this ‘porn roundabout’, the ramps from the Pumpwerk Basel, BMX action, a wrecked car, a beer-bar - yeah you freaking Americans we are allowed to do that - rocking sounds and sweating people turned this event into hell on earth.

Officially Shem was crowned the KING OF THE WALL. After a year break, caused by an injury, he showed up and rode his bike without fears. Damn this guy’s got balls; he pushed harder than anyone and cracked the 2 meter mark… A lot of other contests like longest, highest and lowest, and best trick on the wall took place... and there were a lot of other winners. Have you ever seen a Cross footer- One handed wallride?!... See you next year. 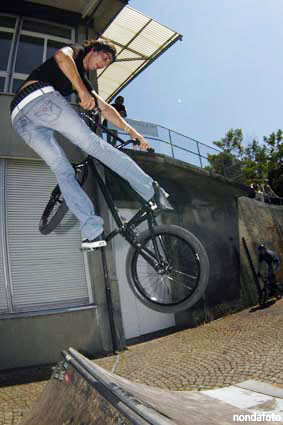 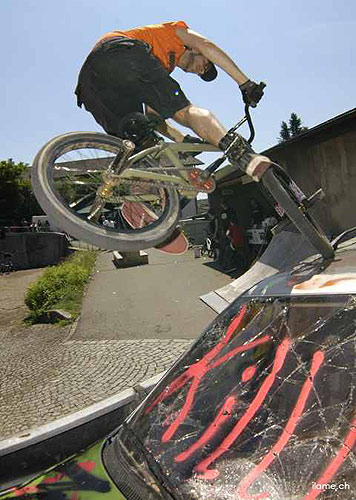