Written by  Bart de Jong
Read 13659 times
We're back from the BMX Masters and can finally give you an update or 2 on the happenings in Cologne. After trying to upload one photo for over an hour from the press office I gave up. The Vito hotel didn't have a connection either. Damn, it's only Monday, give me a break. Here's the dirt report to start with.

Suzuki BMX Masters Dirt The big roll-in was placed in an angle where you actually couldn't even see the jumps because of all the trees. After dropping in a 90 degree right turn lead you to the first big set, followed by another big set and then a hipper to the right and a smaller double. The 90 degree left hand turn lead you to the last set where you had to jump into a hole first. It was a nice change from the regular big jump set-up and Marcus Hampl and crew did a great job. It was easy to pick out the real trail riders from those trying to make it through.

It was a straight final for all those who entered on Saturday night. 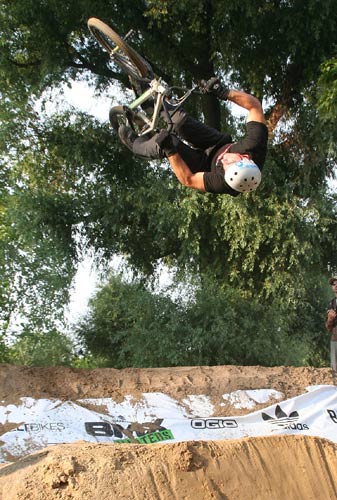 The Friday evening session results were simply scratched and everyone who wanted got another chance. The finals were switched with pro mini finals which provided enough daylight to finish the comp. The Dirt discipline had pro-only which is actually good so Marcus could build what the hell he wanted without making sure the experts and masters can clear the jumps too.

The Forte family was flowing on the trails. Toby got stuck on 16th but didn't let the family down. Dean Hearne removed a limb or two (or four) for 15th and finished right behind Axel Juergens who was on a mission pulling barrel rolls and a 3-whip over the second set. 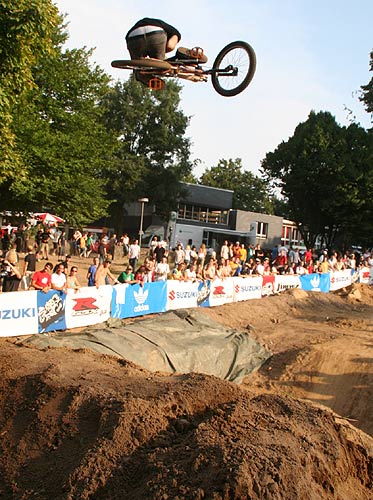 Leo Forte has got some style. He's loving his table 3-s and we love 'em too. Florian Grunt (12th) will be one to watch at the King of Austria dirt comp and Adam Rafael sure has improved a lot and did big whips and flips over the second set. Simon Hall (9th) is one to watch. We've now arrived at the trail kings with brakeless Alex Dropsy on spot 8. He does the best brakeless turndown 360-s (yes Doyle owns that trick but he runs a brake). It was good to see Nicolas Bertier finish up there. He does the most stretched variations including cannonballs and nothings and doesn't care about the latest flipwhip barspin no-handed x-up variation. He was the only one riding without a helmet which we think isn't too smart as anything could happen at any time with this drunk crowd watching the comp. A plastic bucket with some foam can prevent a lot of damage. 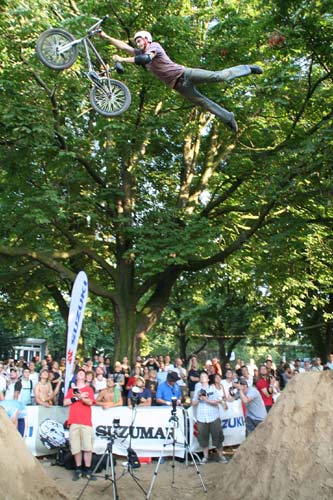 One of my personal favorites to watch was Matt Macleod from South Africa. The Masters comp gets riders from all over the place to Cologne and Matt left a good impression with his huge flips and superman seatgrabs. He's not afraid to pump the jumps either. A bad run (two out of three counted) got the pressure on for Matt to finish with a good one and he did. Patrick Guimez either nails it or he doesn't. He looked great on the Hampl jumps and pulled it together. Turndownflips on the second set at height. Marcus Hampl had a scratch run too but had plenty left to sneak in the top 5. BiBi got fourth. He's been up there a lot and no-handed 360-s, 3-whips and proper supermans (stretched legs and one-handed) got him there. The last Forte brother (Kye) finished on the podium (3rd) with opposite 360 lookbacks, truckdrivers and no pedaling. Also on the podium were Alejandro Caro (Colombia) and Chris Doyle (USA). Doyle was something else on these trails. So many skills and some many variations. The tall DK rider has been playing with no-footed cancans lately and threw one in a three-sixty that was insane. He whipped the first set too which was nuts. Good stuff altogether. 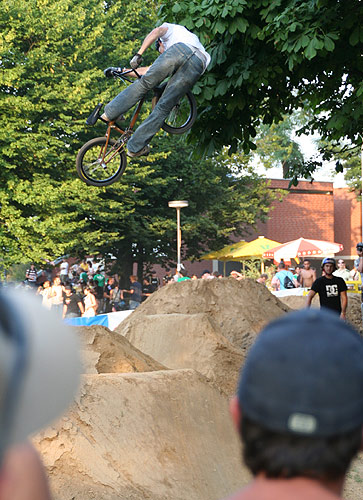 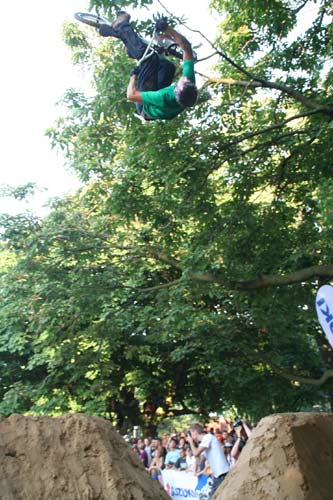 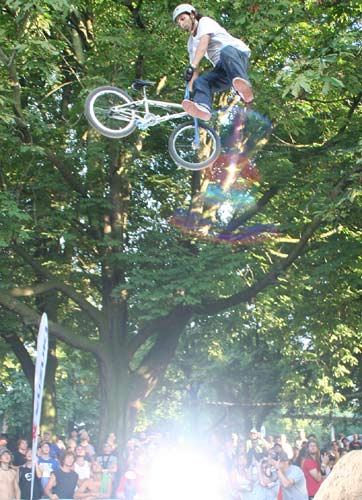 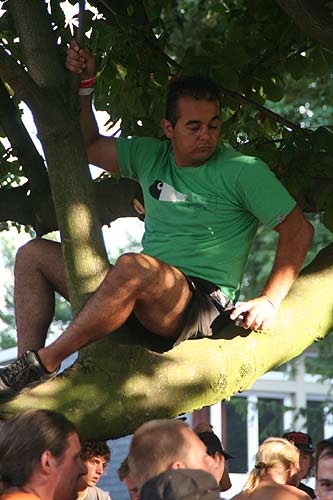 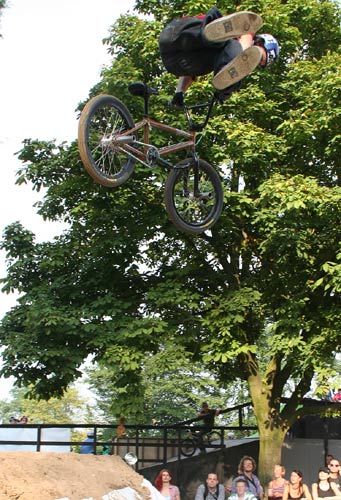 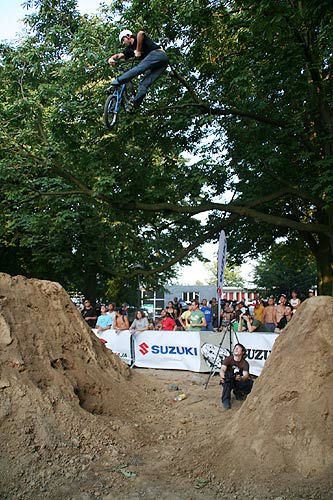 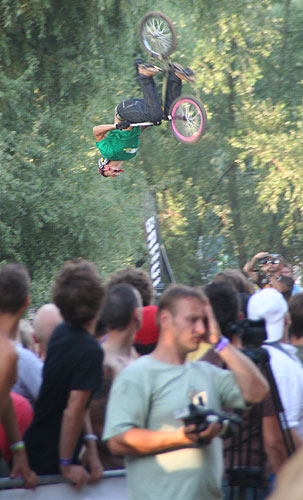 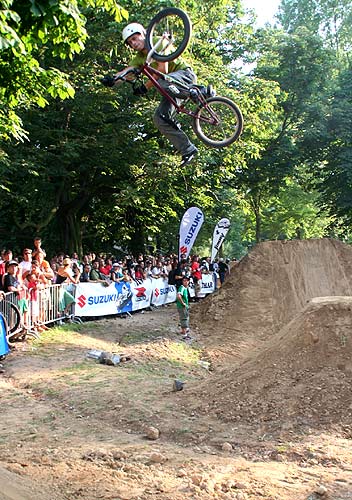 Watch the movies of the top three riders