Written by  Bart de Jong
Read 8605 times
So here we are...yet another trip, but this time with some of Dutch greatest riders visiting California. Barry Kohne, Mark Vos and “Opa” Marek de Heus had visited HB a week before right after Interbike in Vegas, where they actually brought over Niels Thanild from Simple BMX, Denmark and Rutger Pauw a great photographer from Holland. Barry, Mark and Marek were planning a week at Woodward West, while Niels flew back home (which he can tell you the craziest story on how he got back) and Rutger chilled in San Diego. This is where I chose to join the peeps in Woodward on their last weekend there, I was there at the grand opening, so my mind was already set on certain lines at one of the most anticipated parks on the West Coast. 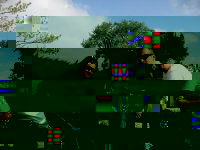 After my half day at work I take my journey 3.5 hours up north to Tehachapi, which led to be a 6 hour "I have to pee and I am starving" drive through some Tatooine looking surroundings. Once there... I was more interested in opening my box of 30 Tecates, then hopping around on ramps and I think the rest felt the same... 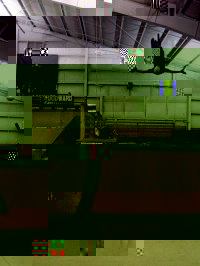 The next morning me and Marek got up early (as “old” people do), while the kids have a complete different schedule going. They actually drink hard the night before, sleep some, sleep some more and then rock out a 3 hour session harder than most. This gave us some time to get some food and warm up for a insane day to come. The fact we all got in there the way we did is insane and then we got to ride it with barely anyone around makes it even better. What was so special about this weekend, is that was all about jamming, doing your thing, but most of all...having fun! That is something that is forgotten too often, since we all end up thinking more about the weight or color scheme of our bikes, instead of just riding... because it's fun. No contest, no proving yourself to anyone, just good times... 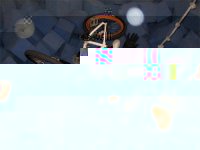 Barry had some things set in his mind, since the last time he was here, I guess he spend a week solo on Mountain Dew's and Snickers. Boy, that sounds like a blast Barry, next time invite me for that one. After Barry woke up around 13:00, he immediately started flying around and it made me feel good that the Dutch BMX scene really has some pride and joy going on. Opposite X-up Walltaps at height, No-handed Flips (learned that week) and some Barrel roll attempts that were nearly perfect (trust me, he’ll have them down sooner then later). It wasn’t left with that, because you can always add nice downside whips and not to forget a Flip to Fufanu, how can you forget? You are the man, you freak. 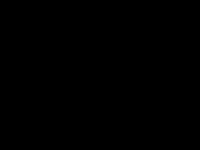 Mark Vos is a super nice guy, although when you see him riding, you wouldn't expect it..this weekend had him set on doing some mentally ill shit. Stalling the big walls from the combi bowl to hopping a massive gap to rail that freaked everyone out on an early Sunday morning. Besides donating Tailwhips to me and flips to his girlfriend, I hadn't seen more dedication on trying to wall ride to curved wallride ever. According to some, Morgan Wade has eyeballed this line, but declined. And with reason I have to say, because Mark literally had to knock himself down after 10+ attempts, to realize it wasn't going to happen on this trip. I am still wondering why he hasn’t entered a bunny hop contest though... 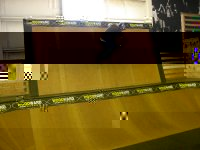 Marek and me kept it cool, we carved, spinned and aired, but nevertheless had just as much fun. I think for some of us a busy work schedule is also part of life and it makes riding a bit harder, but oh so much better. So if you are out there, thinking your might be too busy to ride, just find a park, a ledge or even a driveway and ride. I think the photos and movie will do justice and big thanks to Jerry Badders (Vans) for pulling some strings...you the man! 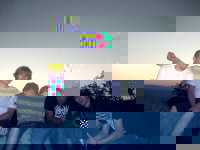