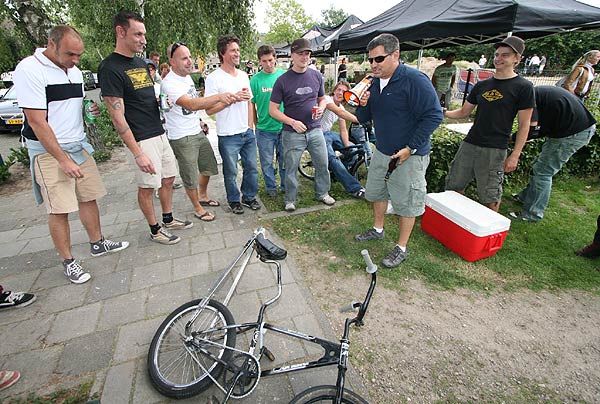 Over the years we’ve had some “side activities” going on at the FAT-JAM. We used to go lake jumping the day after the FAT-JAM, we had Marco Stalman in a Evel Knievil suit jumping from one side of the trails to the other side before FMX became popular.One year we had the BMX Olympics, one year we had a moped jump show, an old school party, high jump contest, Bavaria factory tour and more. We’ve been doing this jam for 19 years and it’s safe to say that we’ve had some fun. 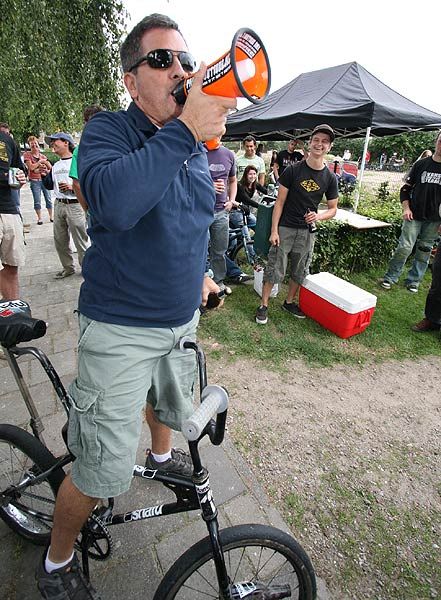 This year our good friend Harold “McGoo” McGruther decided to come over so we had to think of something that would suite the 8.6 record holder. Bavaria makes this 8.6 beer and a few years ago we did a bike ride to the Bavaria factory where McGoo set the record of drinking 4 of them in a short period of time. The beer is rough and gets you wasted in no-time. The bike ride back to Aarle-Rixtel took twice as long and it didn’t take long before McGoo suffered from his 8.6 record attempt. Good times though and good memories. 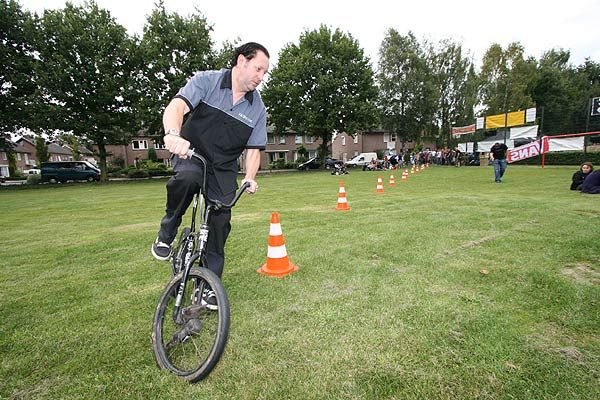 For the 19th FAT-JAM we thought of the Snafu 8.6 dash. We brought some chilled Bavaria 8.6 beers and stored them in an ice chest until the big moment was there. McGoo grabbed the megaphone and explained the rules:

1. No practice on the party bike.
2. The bike is on the concrete.
3. I open the bottle and hand it to you. That’s when the time starts.
4. You drink the 8.6 as quick as possible.
5. When you have completely finished the bottle, you can grab the bike.
6. You slalom through the cones. Make a 180 degree turn and sprint back.
7. Every cone that falls over adds 1 second to your score.
8. The time stops when you have finished the bike ride.
9. The person with the fastest time wins.
10. First price: 50 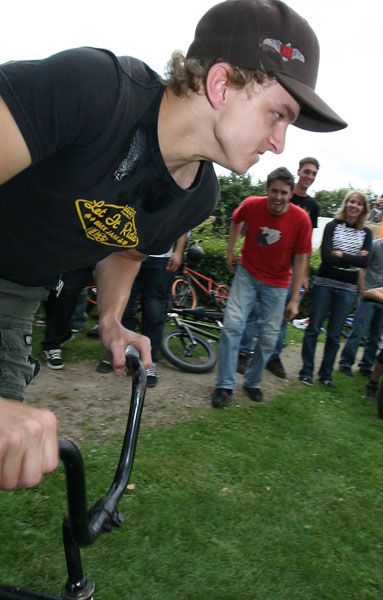 Thirteen guys entered the 8.6 dash. Paul de Jong was the first one to set a time. His personal party bike gave him a bit of an advantage but he lost it on the 8.6 drinking. He hates the beer and hated to get beat by several people. Dennis Keunen had a hard time getting on the bike and forgot about his knee rehab for 35:38 seconds.

Christoph Vaes made sure he represented Hechtel well and set a time of 32:34. Greg Illingworth looped out on a wheely on the way to the finish line but still set a fast time of 34:41. 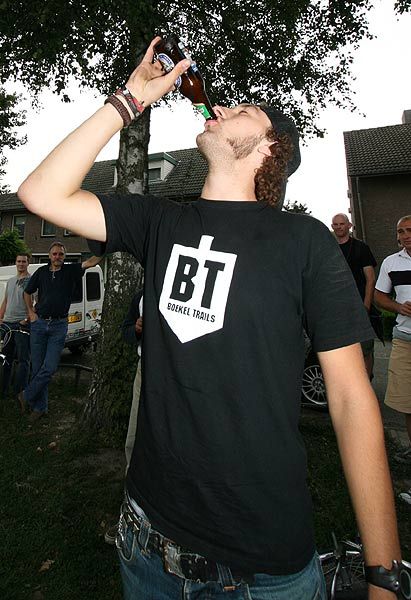 McGoo was on it with the stopwatch. He made a mistake with the following rider though. Michael van der Lee finished the beer, set a fast time, but it was discovered that McGoo had given him a regular Bavaria and not the 8.6. Michael had to do a re-run and still set a good time below the 30 second mark (29:37). 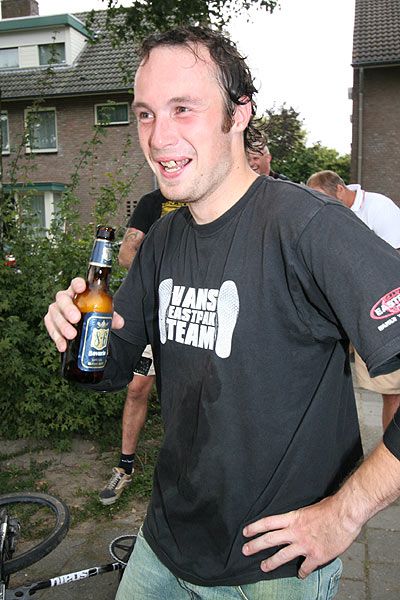 Sloerie is an amateur drinker and so is Riccardo Moes. They lost it on that part. 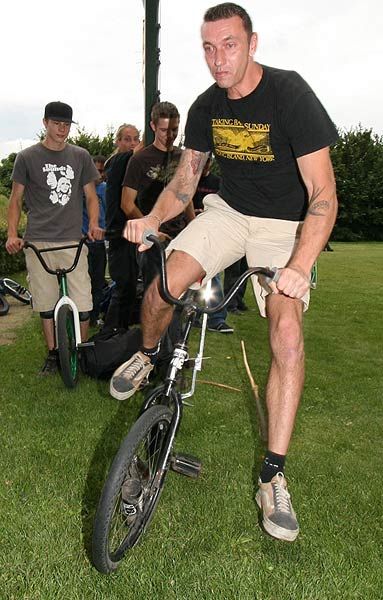 (39:10) represented Cologne and didn’t disappoint. They had a headstart during the day so that cold 8.6 went down smooth. Jurrien Brouwer entered and showed his roots (Brabant). That 8.6 was finished quickly (was it really empty?) and his final time was 31:93. Topless Vladdie de Koning was damn slow but he still beat Sloerie and Riccardo. He looped out on a wheely too or was the bike too powerful for him? 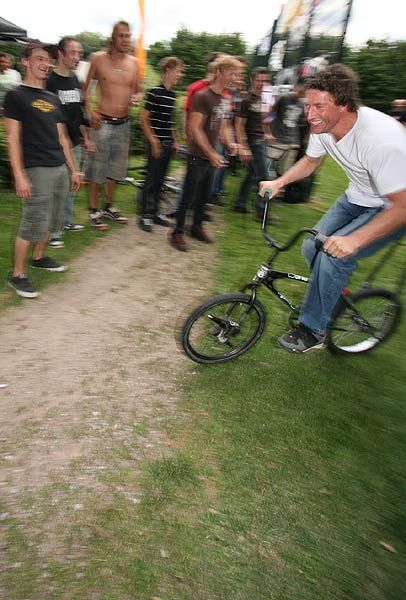 The winner of the Snafu 8.6 dash was Peter Geys. The Bike Devil was five seconds faster than number two (Michael van der Lee) and received 50 Euros from McGoo. 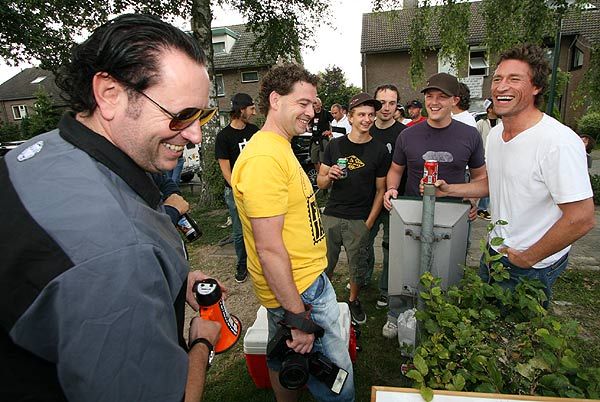 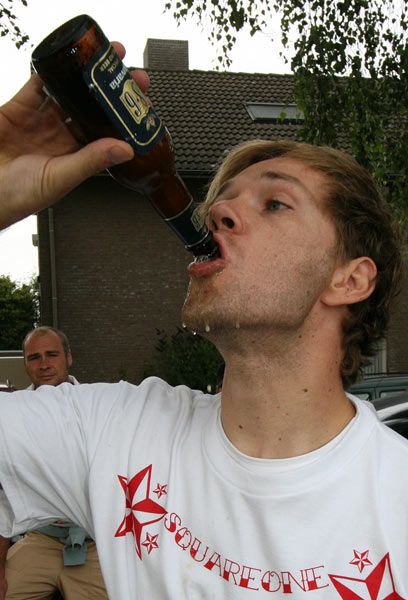 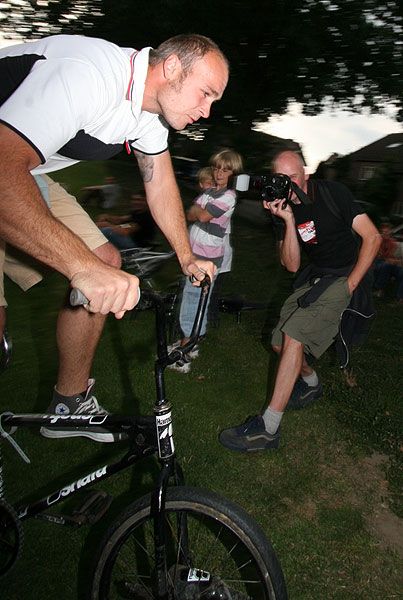 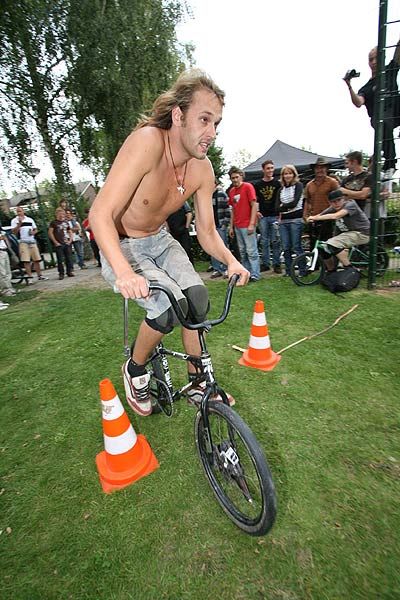 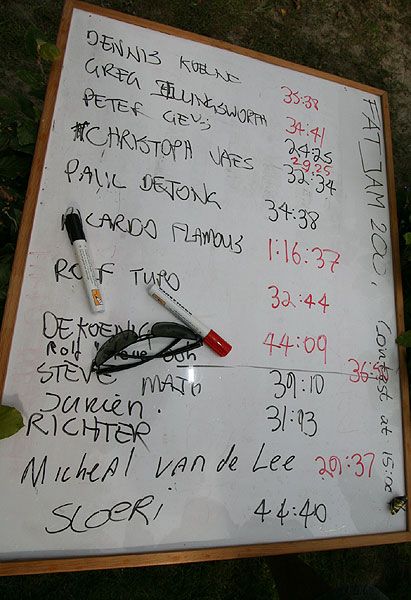 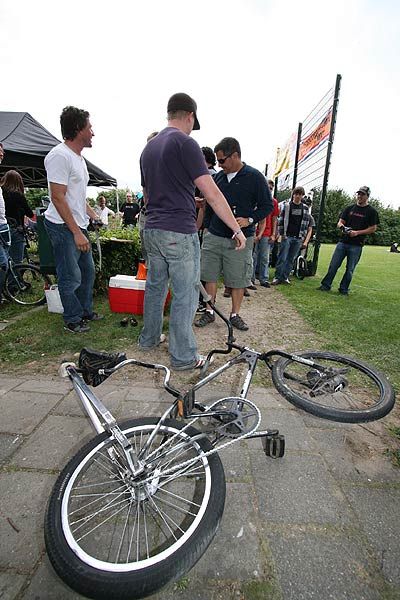 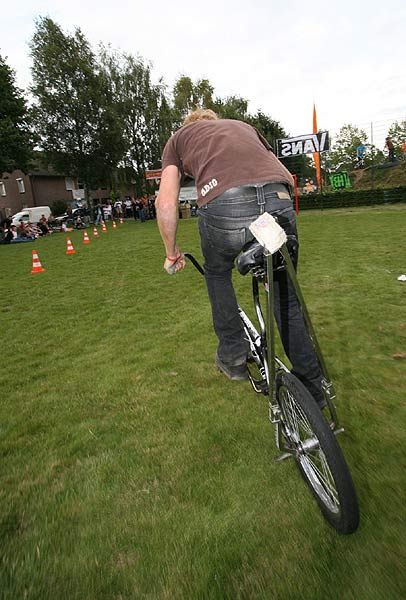 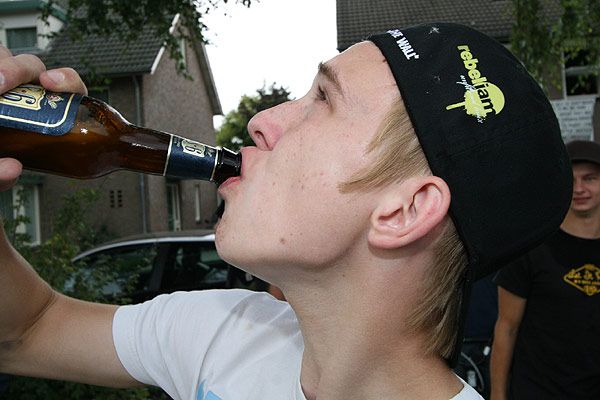 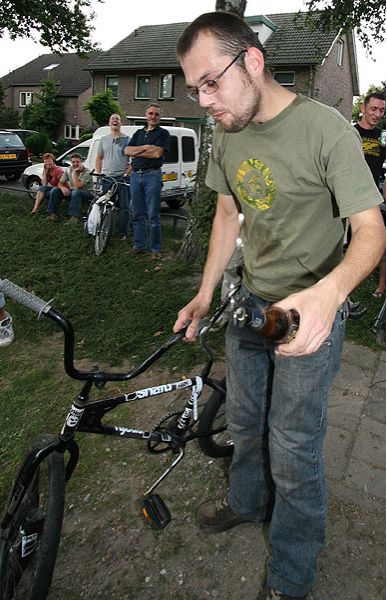 More in this category: « FAT-JAM photo gallery by Jos Wissink NOKIA FISE Summer tour stop in La Plagne. The Pro and Am results. »
back to top