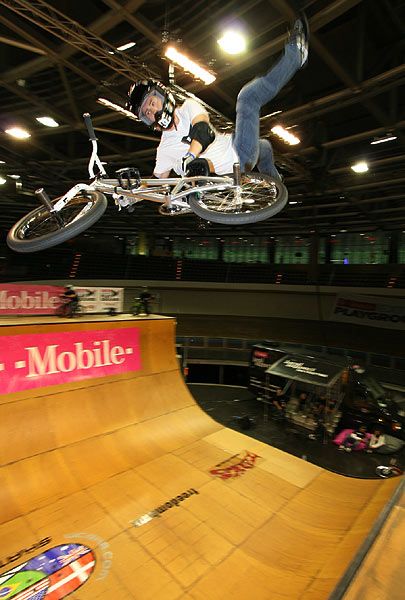 Getting enough vert riders together for a proper halfpipe contest is not an easy task. Especially not one weekend before the last round of the the Dew Tour. But some riders came out of the dark (it was Zach Shaw's first contest of the year) and some used it as a trial contest going into the Dew AST finals (Chad Kagy). Throw in the mix Europe's top dogs and the Mancuso - Zurita duo and you've got one hell of a vert contest anyway. The LG ramp was taken out of the warehouse and with a roll in on each side it provided a good ramp for the big bucks competition. Simon Tabron was favorite going into the contest but how well had Chad Kagy recovered from his collarbone injury?

The vert contest was a straight head to head contest. There was no pre-qualifying contest where riders were added to the field. A total of 14 riders battled it out in round one. 7 moved on and one "Lucky Loser" got voted in via a Text Message contest. 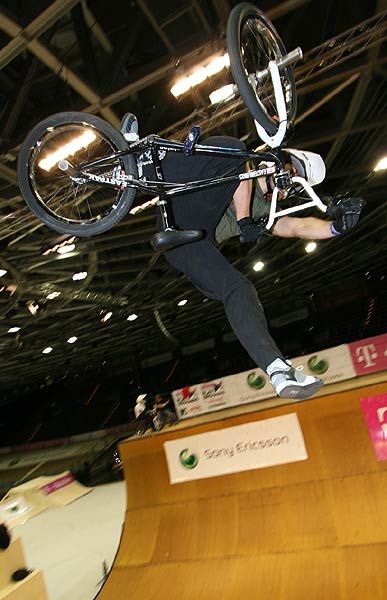 Not making it through round one were Tim Eichert (Germany) who had a bad crash again which gave a green light to Ronnie Remo who was back on the bike again after knee surgery. The Benni Kopp - Mike Mancuso battle was fierce. Mancuso flaired his way into the next round but Kopp had friends in the crowd and made it in through the Text Message voting. A Relentless Shaun Eglinton was beaten by Zach Shaw and Eduardo Terreros from Spain showed up to send Jan Jilek to the showers early. Jan actually rode well and pulled clean flairs. 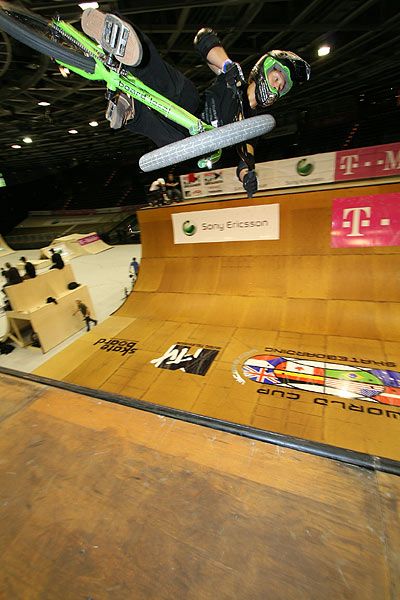 Fabian Giess was no competition for Francisco Zurita but Fabian had a good time riding with his friends and pulling new moves. Paul Mearcher had the height, the endurance and the flow but lacked in the variation division to be able to beat Chad Kagy. Sven Kabosch was doing no-handers that could have indicated that he was giving up against Simon Tabron. Nobody wants to ride against Simon in a head to head contest so there's nothing to be ashamed of for the Swiss vert rider. 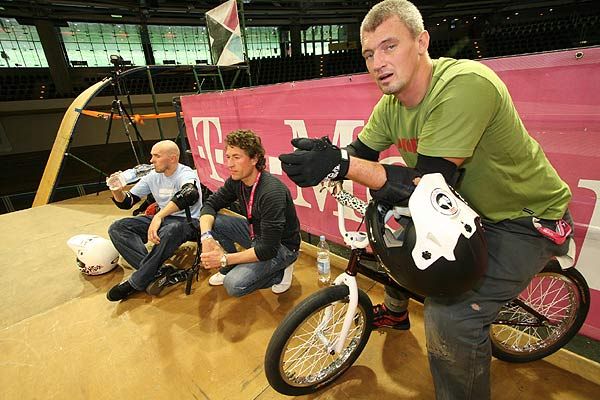 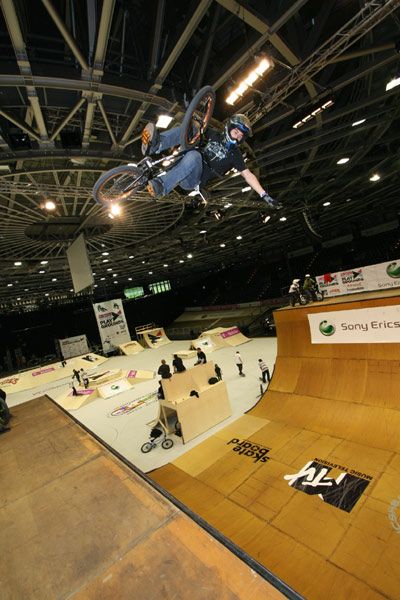 8 riders left and it wasn't Benni Kopp's lucky day as he got teamed up against Simon Tabron. Simon won and Germany had just lost their only German competitor that they had left in the vert contest. Eduardo crashed hard enough to sit out the rest of the contest which gave Zach Shaw a free ride to the next round. Mike Mancuso hurt his arm bad enough to sit out the contest too so Coco moved on the the final four. Chad Kagy had to ride against Ronnie Remo but basically Chad only needed 25 seconds to convince everyone that he was the better rider in this heat. 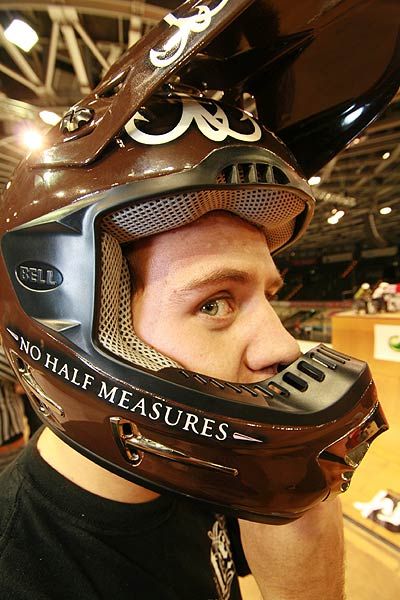 Four riders left. The semi final had Simon and Chad transfer to the main and left Coco and Shaw battling for third place. Francisco has great style on vert and didn't lose height after dropping in from the big roll-in. Zach Shaw kept digging out of his big bag of tricks and rode very well considering he had not been riding much. 3 kids and 7 dogs will do that to you but Zach has the experience and makes it count when needed. Bronze went to Chile though and Francisco was stoked. 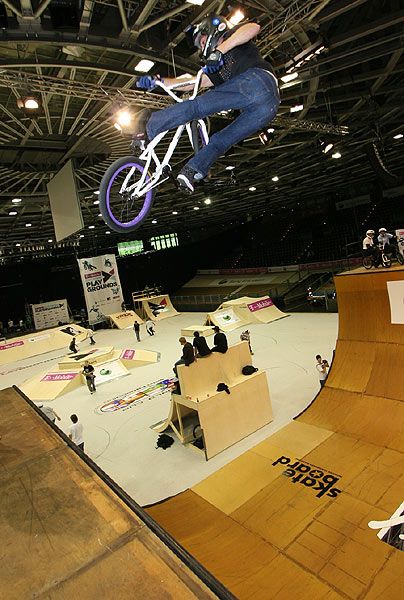 Simon and Chad were the born finalists in Berlin but anything can happen as we did see in the street contest. The final was a good one too but we'll let the movies do the talking of who did what. Simon's clean 900 air closed the deal but it wasn't an easy ride to the $ 6000.= US Dollar check. 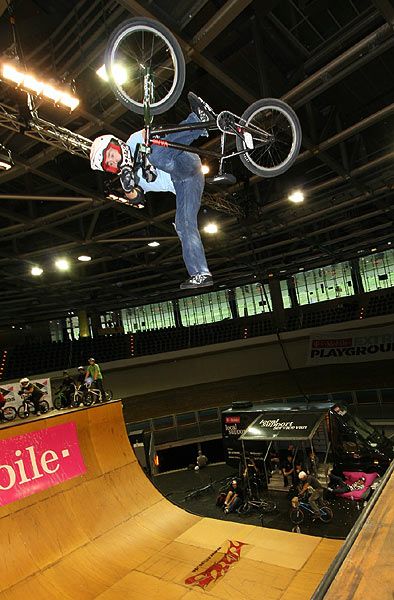 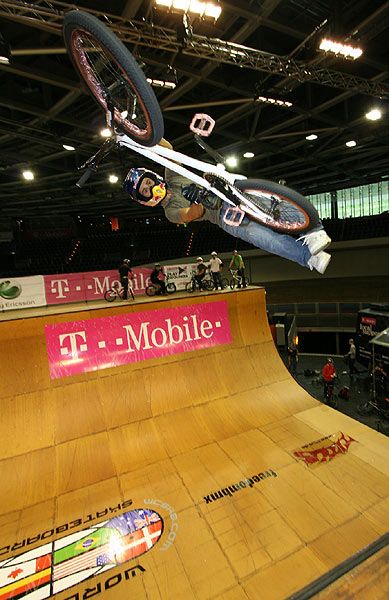 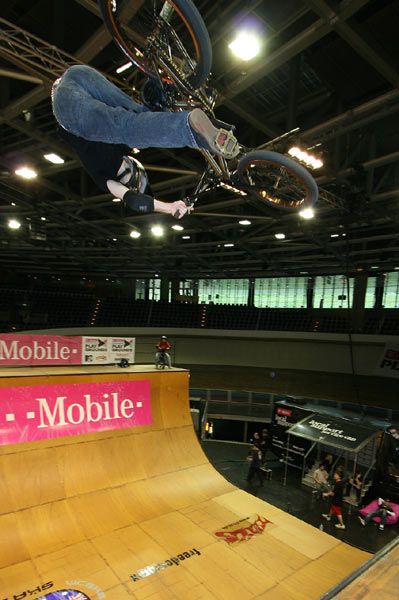 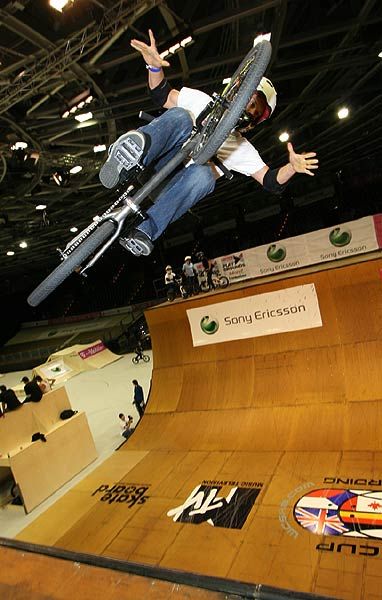 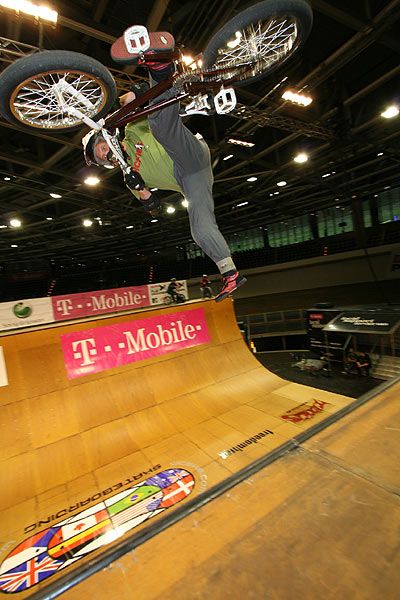 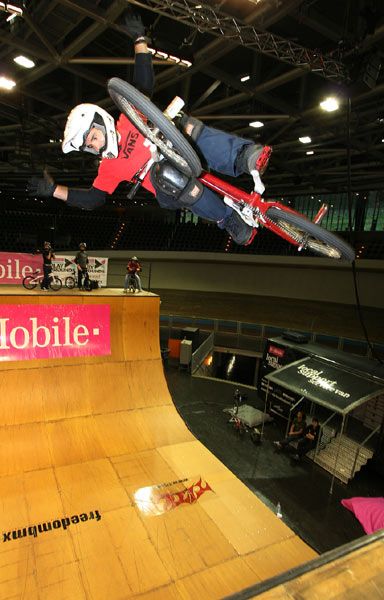 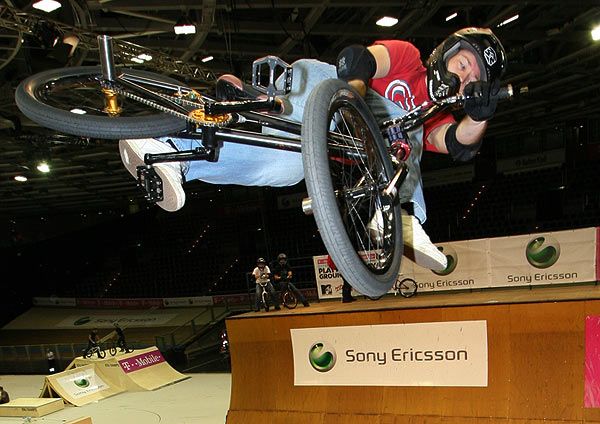 More in this category: « Park contest at the T-Mobile Extreme Playgrounds Street session. Berlin. Germany. NOW WITH MOVIES!!! Photos and results Playstation The Champ final stop Wuppertal »
back to top