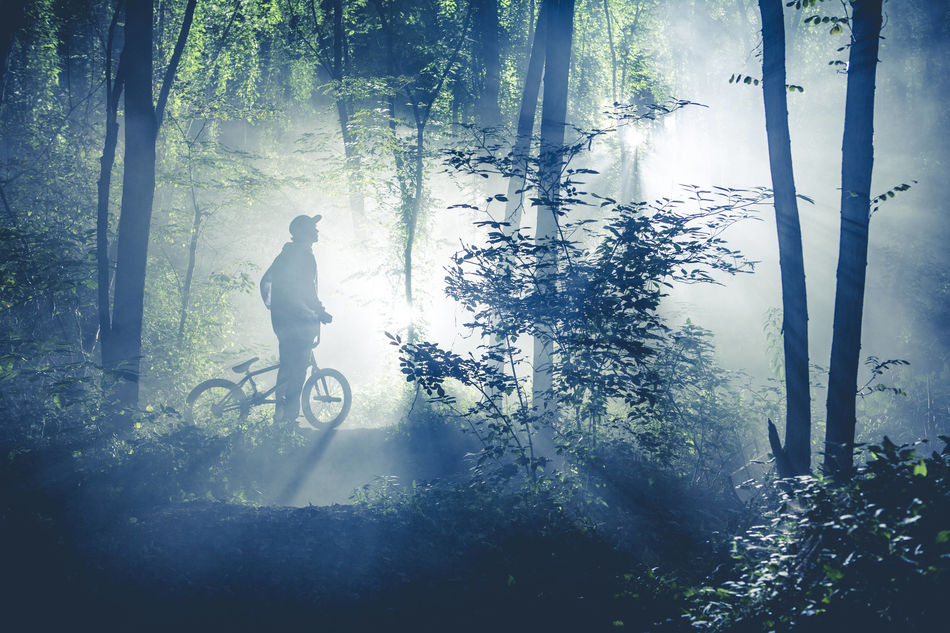 Bruno Hoffmann’s Devil’s Voice: BMX Mystery at Teufelsberg. It’s sheer horror: a lost radio set lies on the ground in the nocturnal forest. You can hear the distant voice of Anthony Perrin, the best friend of German BMX star Bruno Hoffmann. Where did the French disappear to? Bruno Hoffmann launches a search and finds a hint at Berlin’s Teufelsberg (“Devil’s Mountain”). Following the track on his BMX in the dark, he has to overcome several obstacles in order to reach the next level with his tricks, just as in a video game. It turns out that Anthony Perrin is caught in a dark parallel universe.

Bruno Hoffmann was inspired by a mystery series: „I have watched „Stranger Things“ and when we 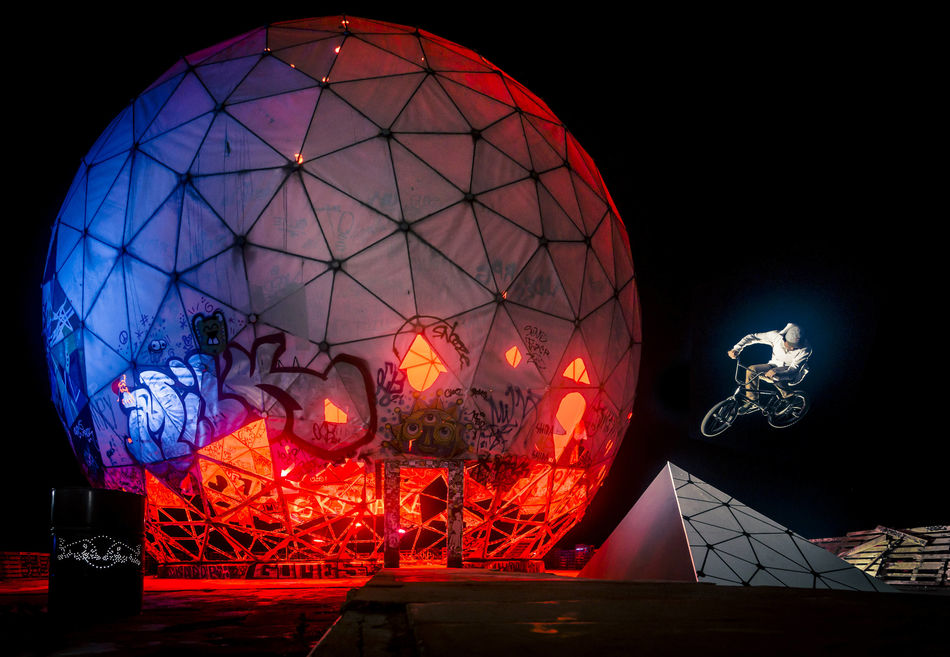 were at the Teufelsberg for the first time, I really wanted to do something similar.“ A scary forest, waft of mist, and a mystic structure behind a high fence: the atmosphere of “Bruno Hoffmann’s Devil’s Voice“ reminisces popular science fiction and mystery series such as “Stranger Things”.

Teufelsberg in the west of Berlin is the setting for this Halloween shocker that displays the skills of Germany’s best Street BMX rider Bruno Hoffmann in an unusual way. During the Cold War, the U.S. built a monitoring station on this mountain of rubble. Today, international street artists use the place to show their work. A bizarre location that is just perfect for “Bruno Hoffmann’s Devil’s Voice”! 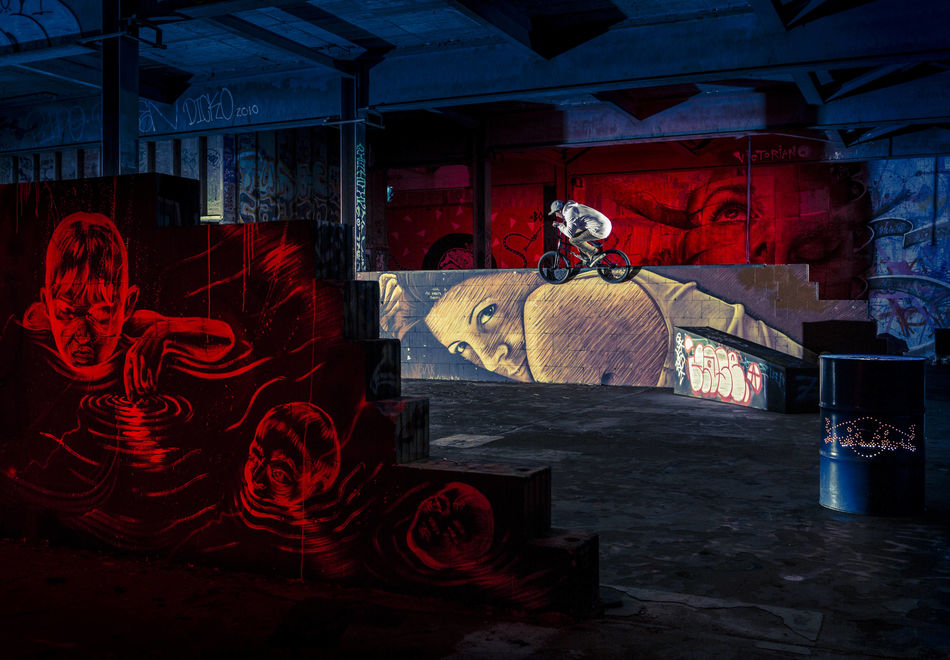 For Bruno Hoffmann, who has been focusing on film projects for years, the production of “Devil’s Voice” was a completely new experience. “I usually concentrate on my tricks and my riding when shooting. But we had an additional level here: the scenery and history of Teufelsberg. I liked the spooky atmosphere, the fog, the forest,” Bruno Hoffmann raved about the shooting.

Watch the video below: