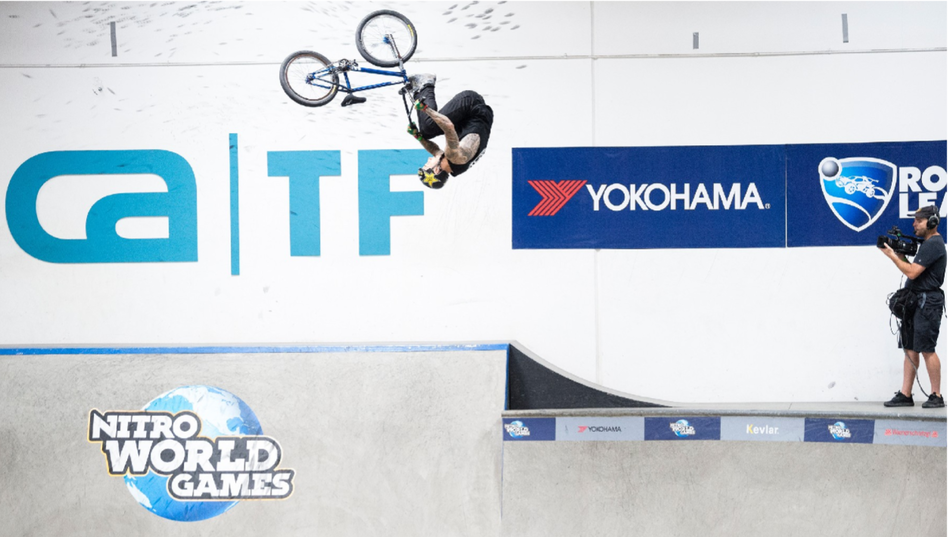 result. “I’ve got to say Nitro World Games is definitely stepping up their game. This was an incredible contest and is very respected as well. In my opinion, this is probably the new series to be the champion of.”

Stakes were high heading into the final round of the BMX Park Finals as riders continued to one up each other throughout the entire competition. Ben Wallace came out strong on his third and final run earning him an 88.40 that launched him into 2nd place. Sitting in first at the time, Dennis Enarson laid down an impressive run that would seem to solidify a top spot finish, but Logan Martin stepped up with a flawlessly executed run highlighted by a massive 720 barspin straight into a huge double tail whip that would take him from last to first and solidified his run with a 540 flair on the buzzer ultimately securing him the overall win.

“My first two runs didn’t go to plan, but I pulled it together for the third and final and wound up scoring the highest in the event.” said Logan Martin on his success at the inaugural Nitro World Games BMX Park competition. “I think a lot of the riders enjoyed the format, the course and the competition. I’m looking forward to future Nitro World Games events.”

A late and special addition to the Nitro World Games BMX Park competition was a last-minute BMX Best Trick comp where riders were throwing down their best tricks in a jam style competition. Brian Fox wowed judges with an insane 1080 over the spine earning him the 1st and a nice $5k bonus.