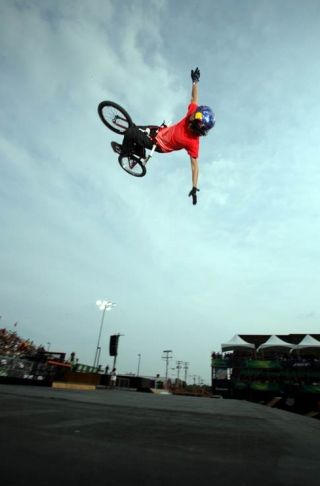 In the BMX Park event, Dhers, of Venezuela scored 93.33. Australia’s Ryan Guettler was second with 92.50 and Mike Spinner of Miami finished third with 92.33. Daniel Dhers rose from eleventh place to take the win in BMX Park in the Panasonic Open.

“In my first run I started messing up trick after trick, and I was like, ‘That’s it, it’s over,’” Dhers said. But all that changed on his second run. Moments before, Dhers said he decided to take his hands off the handlebars while he performed a flatspin 720, increasing the difficulty. He landed the trick and continued with three double tailwhips, a 720 over the spine and a no-footed can can tailwhip. “I got on the deck, I heard my song coming on, and I was like, ‘No, no, one more battle and we’ll see what’s up.’ I’m seriously so happy to get the win.”

Jamie Bestwick won the BMX Vert event Friday with a flawless first run that placed him out of reach of the competition and Ryan Nyquist came from behind on his final run to win the BMX dirt competition. 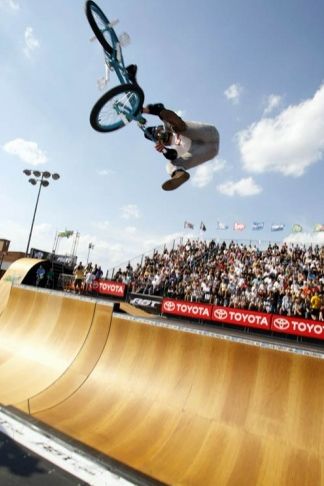 The 36-year-old Bestwick, from England, sealed his victory with an alley-oop in his first run, which earned him a 96.00 score. Chad Kagy of Gilroy, Calif. was second at 93.17, followed by fellow Brit Simon Tabron at 92.00. “I tried to stay smooth and high on my first run and I hit them all perfectly,” Bestwick said. “I didn’t know my first run would turn out like that. That was amazing. It’s good for me to take the early lead right now, but the race for the Cup is just getting started. It’s not over yet.” Bestwick, the three-time defending Dew Cup champion, has won 12 out of 16 events in the four-year history of the Tour. 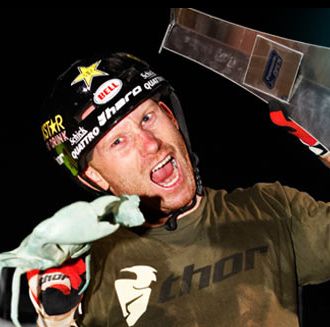 “Definitely a lot of pressure,” Nyquist said. “It was pretty intense up there for me. I can’t even count the number of times I’ve blown the chance to lock it in before I had to take the third run.” Nyquist performed a trick that he named the powerball, which is a cannonball double barspin. He is the only athlete that has ever completed this trick.

The level of competition was fierce throughout the event. In his final run, Foster completed back-to-back technical tricks, a triple tailwhip and a windshield wiper, but it was not enough to take the win. 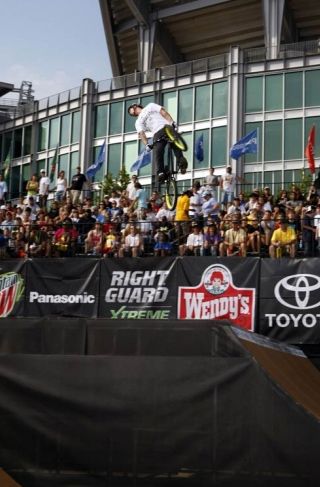 
The four-day competition was the first of five stops on the AST Dew Tour that features skateboarding, BMX and freestyle motocross with attendance of 52,502. The tour will visit Cleveland in July, Portland, Ore. in August, Salt Lake City in September and conclude in October in Orlando, Fla.