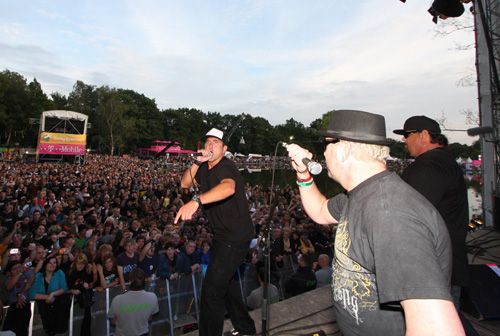 If you attended the Worlds in the early 90's you know that Bro Hymn from Pennywise is the best "official" BMX song and later on covers appeared everywhere, from House, Country&Western, Hip Hop to Dance versions. Pennywise was in town at the T-mobile contest in Hamburg so Andy Zeiss tried to get us on stage with his AAA All Acces Area Pass. It wasn't that easy but after we saw Frida the Roadie it was easier, we knew him from earlier concerts and asked us if we want to go on stage: YOU BET! 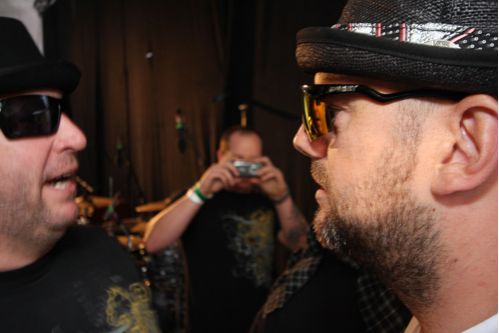 The 5500 fans were all waiting for Bro Hymn and so were WE: Kay Clauberg, Michael, Frank Lucas, IOU crew, Niels Tahnild, Andy Zeiss, DJ, Mike Emde, and the DeJong Bro's. The first notes were played and Andy Zeiss pushed me on stage to go directly to Fletcher's microphone, he is about 7 foot so we was kind enough to adjust his microphone for my 6 foot height. 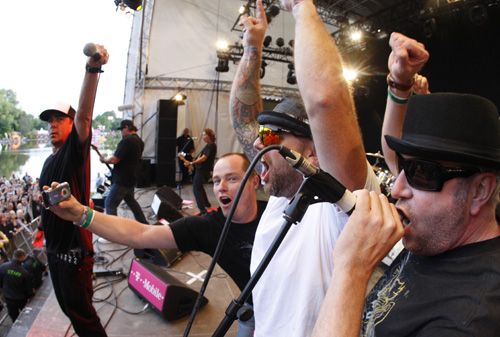 As I'm very bad with remembering lyrics I did my best to hide this but with being alone on the mic it was impossible to blame someone else this time. When the Ooh, ohohoho part started it was Andy Z. who backed me up and later on the whole BMX Crew was backing us up, it was a blast, it felt like a 3 minutes roller coaster ride. 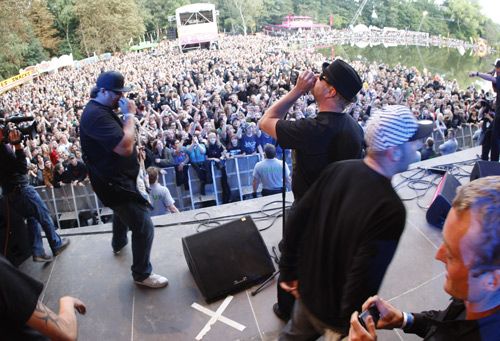 Jim Lindberg jumped in with his mic to add even more to the chaos and everyone was screaming their lungs out. Pennywise is dealing with this almost every concert so they are not really surprised that "someone" is showing up but the only surprise is "who" it is this time. This was my third time (Warp Tour Utrecht, Download Donington) and it won't be the last, I hope. 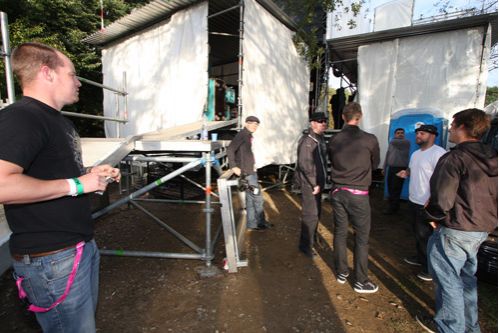 "Virgin Bro Hymn'ers" were so stoked that they couldn't believe what just happened and pictures and video's were watched over and over again. It was live on MTV and Freecaster so people all over Europe watched the BMX'ers taking over the Pennywise concert and we also had a good coverage on the big screen at the event.

Pennywise is cool! Bro Hymn is the best! Hope to see you again.... 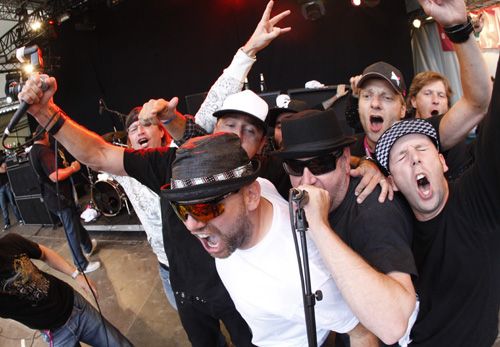 To all my friends present past and beyond, especially those who weren't with us too long, life is the most precious thing you can lose, while you were here, fun 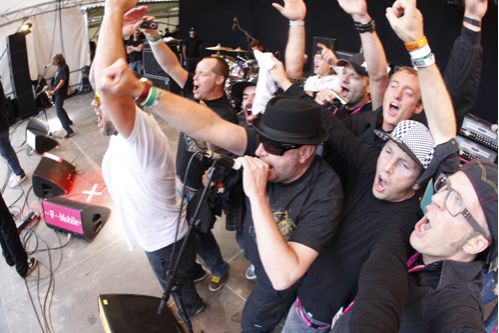 was never ending, laugh a minute only the beginning, Canton, Colvin, Nichols, this ones for you.

Ever get the feeling you can't go on, just remember whose side it is that you're on, you've got friends with you 'till the end. If you're ever in a tough situation, we'll be there with no hesitation, brotherhood's our rule that cannot bend. 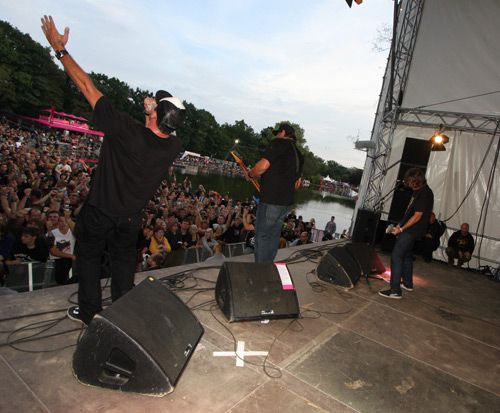 When you're feeling too close to the bottom, you know who it is you can count on, someone will pick you up again, we can conquer anything together all of us bounded forever, if you die I die that's the way it is.

More in this category: « Red Bull X-Fighters party. NEW PHOTOS ADDED!!!! Nike 6.0 - Nigel Sylvester's segment from "Writing on the Wall" »
back to top