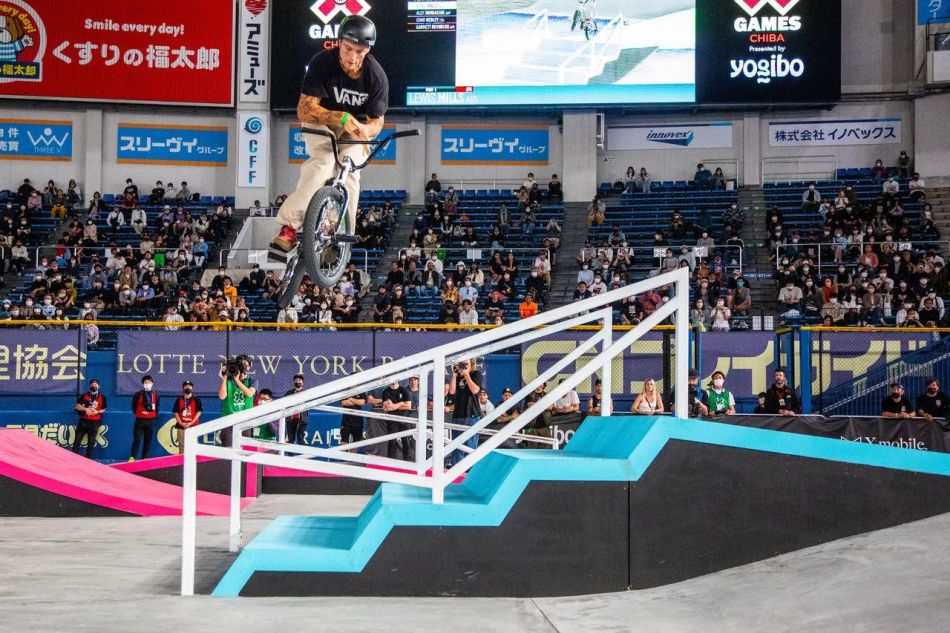 A huge day at X Games in Japan is in the books! Monster Energy congratulates its team of BMX athletes on a strong performance on day two of X Games Chiba 2022. In the heated BMX Street final, 23-year-old Australian team rider Lewis Mills clinched the gold medal, bringing the Monster Energy team’s total X Games medal haul on Saturday to five medals (1 gold, 1 silver, and 3 bronze). At the end of day two of X Games Chiba 2022, the team had claimed 7 overall medals across three disciplines in the first edition of the action sports showcase contested in Japan.

Supported by Monster Energy as the official energy drink partner, X Games Chiba 2022 is the 64th edition of X Games. For three action-packed days, ZOZO Marine Stadium on Tokyo Bay is at the 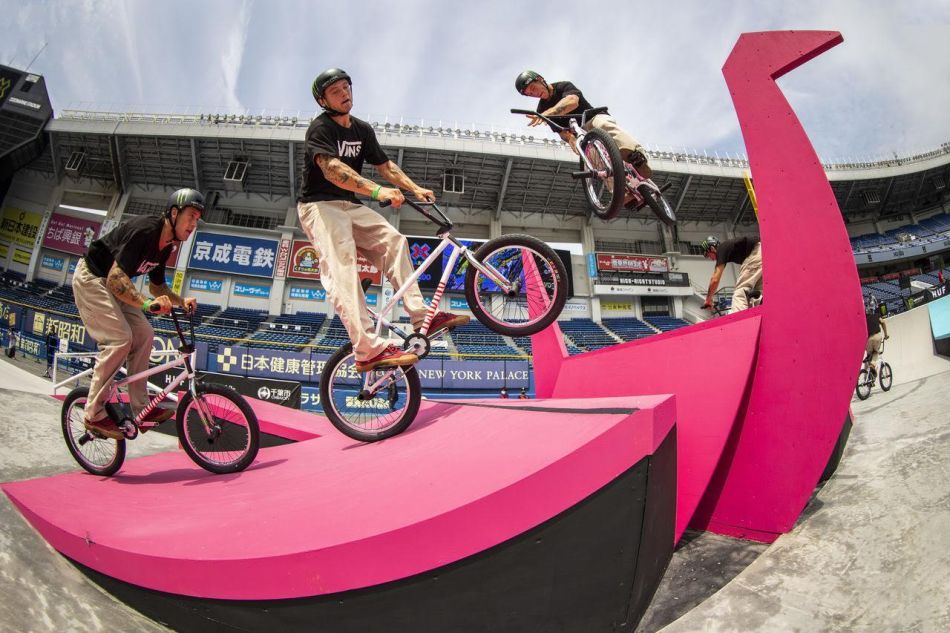 center of the action sports world with a capacity for 30,000 spectators.

More than 90 athletes from 18 countries are competing for a total of 30 medals awarded in 10 competitions across three sports. Top-notch athletic performances are supplemented by a cultural festival experience, art installations, and musical performances by the likes of Japanese rock band Man with a Mission, who also supplied the official theme song for X Games Chiba 2022.

Here’s how the action unfolded for team Monster Energy on day one of X Games Chiba 2022: 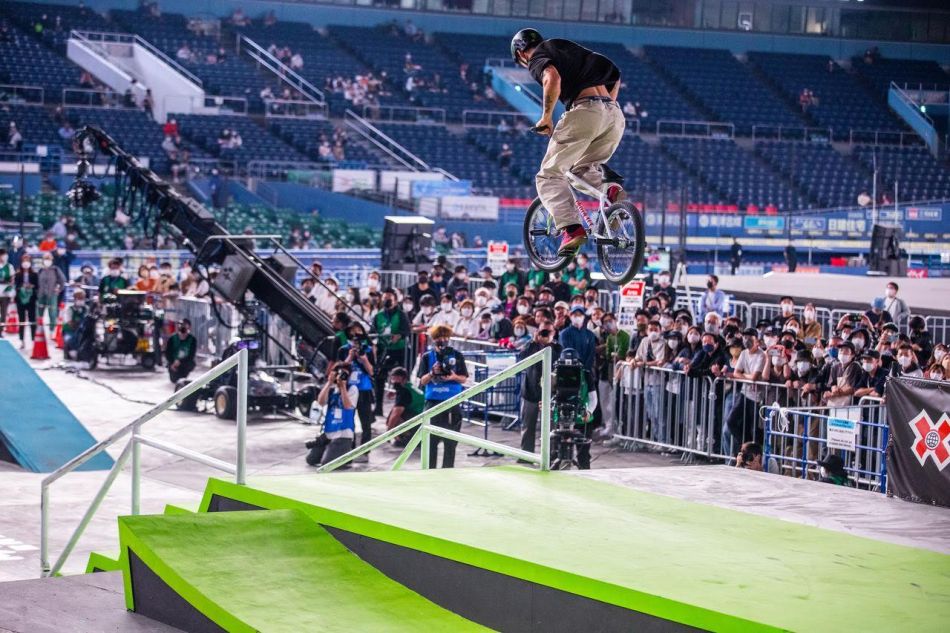 Under the spotlights at ZOZO Marine Stadium, the Japanese crowd was treated to the world’s most progressive urban riding in the BMX Street final on Saturday night. The eight finalists hailed from Australia, Great Britain, Nigeria, and the United States.

The progressive street course, designed in the style of origami artwork to celebrate the host country, provided a broad selection of rails, banks, kickers, and stair sets. As the final session got underway, the rider to beat was defending gold medalist Garrett Reynolds from the United States with a total of 14 X Games gold medals under his belt. 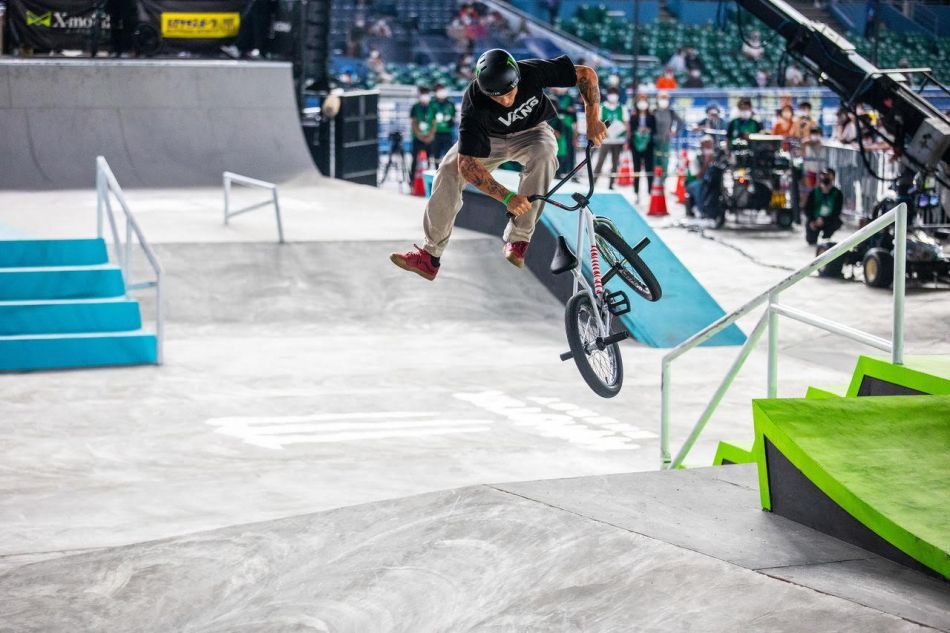 Monster Energy’s Lewis Mills from Terrey Hills, Australia, dropped in as a wildcard and they youngest rider in the field. The 23-year-old has emerged as a podium threat on the international circuit, but only claimed one X Games medal in four appearances, silver in BMX Street at Sydney 2018.

That was about to change. In the 30-minute jam session, Mills opened his run with a technical barspin to double peg grind to manual to toothpick hanger out. He then finessed a tailwhip over the hip, bar spin on the quarter pipe extension, truck driver air through the origami swan kicker, double peg grind up the big rail to hardway 360 out, peg grind bar spin out, and crooked grind to 180.

But with Scottish team rider Alex Donnachie from Perthshire taking over the top spot, Mills needed to raise the bar. On his next run, Mills packed on technical tricks including overcrook to bar spin, and a combo featuring crooked grind to barspin to manual to crooked grind 180 out. Adding another technical manual to 180 before the buzzer, Mills secured the lead that would hold until the end of the session for his first X Games gold medal. 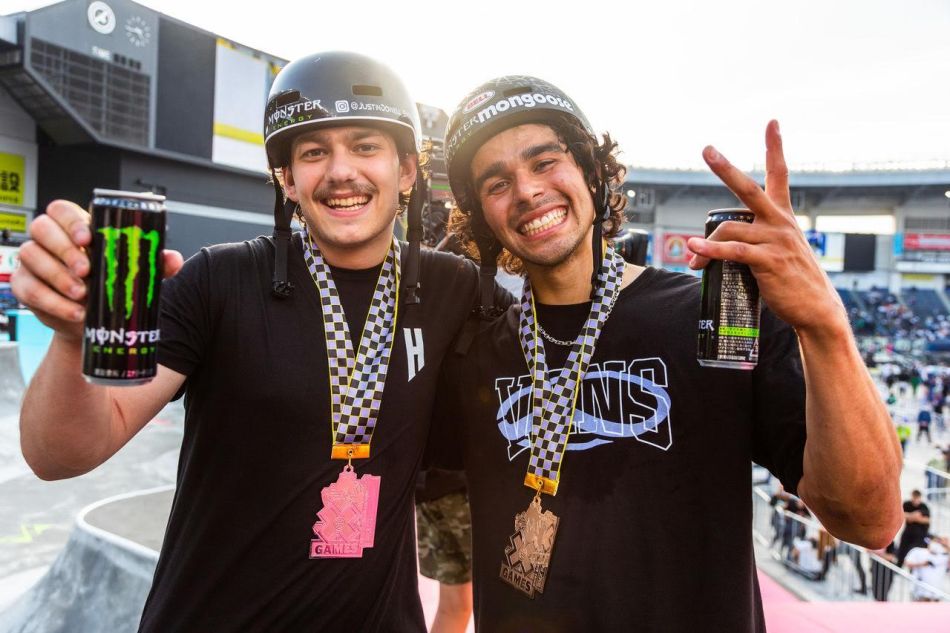 “It’s so insane to win! You don’t even picture it; you just hypothetically think how cool it would be. And then it actually happens,” said Monster Energy’s Mills upon winning BMX Street gold in Chiba. “My strategy was to land my run. I had a run… I just wasn’t sure that I was going to land it. That’s it!”

Mills earned his first X Games medal as a rookie in 2018 at X Games Sydney and now owns two medals from the event (1 gold, 1 silver). 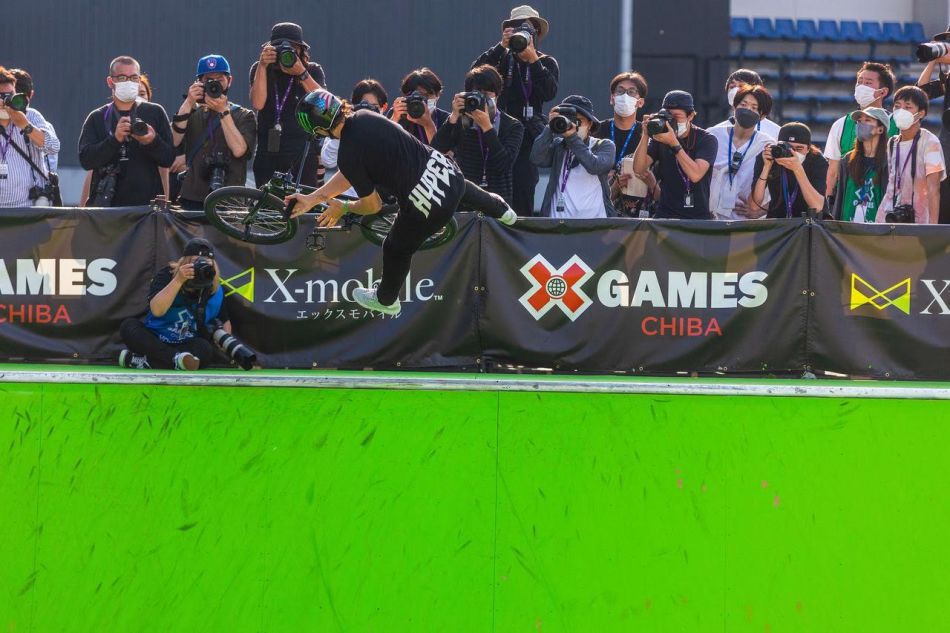 The rider to beat was defending gold medalist Kevin Peraza from Tucson, Arizona. The 27-year-old started his run with a huge 360 invert over the centerpiece jump, right into a 360 downside tailwhi 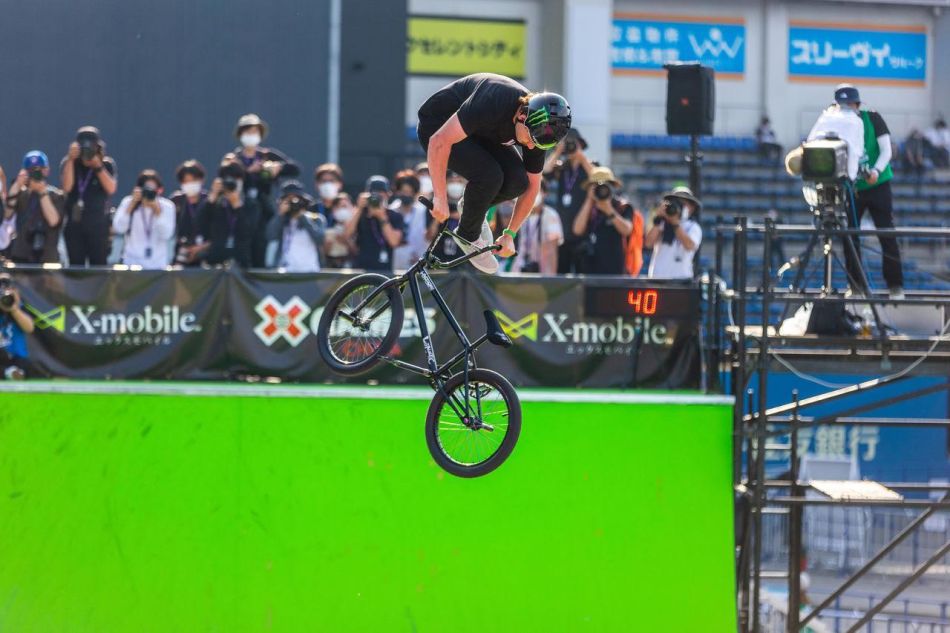 p and a flair on the quarter pipe. The three-time gold medalist then threw down a massive Indian air over the hip, tiregrab can can, alley-oop no-hander, superman seat grab, pocket transfer air, tailwhip pocket air, and G-turn 360 over the hip. When all was said and done, Peraza walked away with the bronze medal in a strong performance at X Games Chiba 2022.

The biggest upset of the final came from X Games rookie and Monster Energy team rider Justin Dowell. In a showcase of consistency and technical finesse, the 22-year-old from Virginia Beach rose all the way to second place. Highlights included Dowell’s signature “Twix” air, a tailwhip barspin at the same time, fo 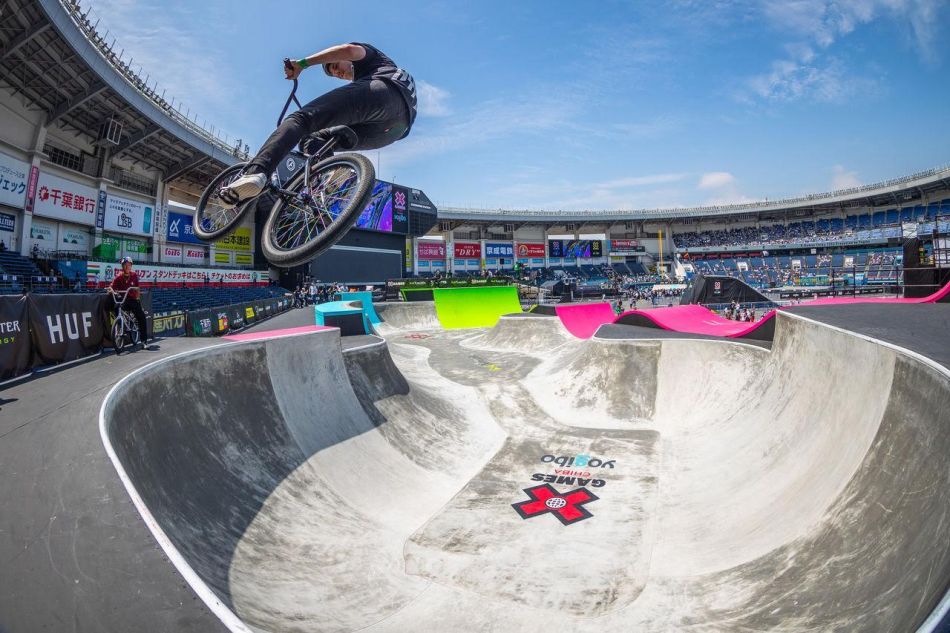 llowed by lookback, truck driver to tailwhip, 540 tuck no-hander, and double tailwhip. He also landed 540 tailwhip on the big quarter and a technical flair lookback for a strong second-place finish behind Australian Logan Martin in first.

X Games fans in the United States can watch live competition coverage from the inaugural X Games Chiba event April 22 – 24 on the ESPN App and X Games YouTube. Additionally, two hours of event recap coverage will air on ABC as part of the World of X Games series on May 14 and 21 from 2 – 3 p.m. ET.