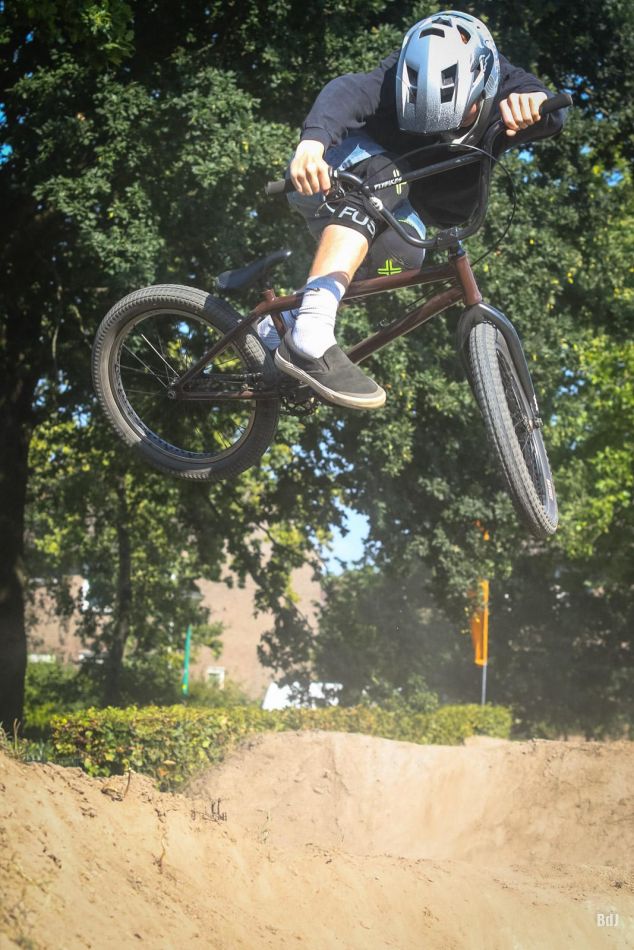 What started in 1987 as a street jam was continued at the Sugar Hills trails with the focus on riding dirt. In fact we did three street jams in Aarle-Rixtel before moving to De Valkendijk where the dirt spot has seen annual action for over 32 years now. Is the FATJAM the longest running annual BMX jam in the world? This past Saturday 3 September called for another one. The process remains the same; pick a date, make a flyer, tell people about the jam, and wait and see who turns up.

For the 2022 edition we added a 40-years EK Beek & Donk reunion. The Milky Way Open European Championships happened 40 years ago on our local BMX track in Beek & Donk a few miles from Aarle-Rixtel. If you wanted to talk oldskool BMX, the FATJAM was the place. Gerrit and Mieke Does, and Pieter Does made it to the jam early and first international visitor in 1982 Thomas Fritscher (GER) found his way back to Aarle-Rixtel as well. Former BMX photographer Christ Verhoeven and his son Gert showed up and contributed to the old stories as did Ans Vereijken, Tiny van Brug, André Duijmelink, Jan, Leo and Diny Leenders, Richard Waldt and Johan de Leeuw. Names who probably don't mean much to current BMX riders but were there when BMX was shaped. With 1982 EK Beek & Donk buttons and Milky Ways on the table the old stories came back instantly.

Add Frits van der Linden on the BBQ and a JBL producing songs and you'll get the idea where things were going with some cool Bavaria's being opened from time to time.... 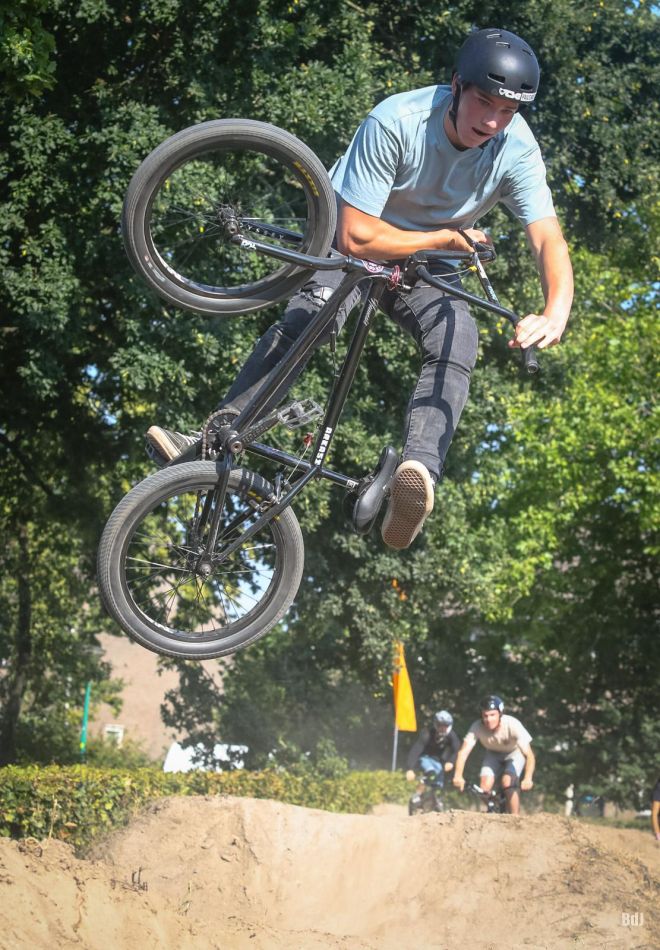 We could have easily spent all afternoon chatting away on the field but focus moved to the trails around 4pm when Paul got on the microphone to give out a bunch of prizes that were gathered from the sponsors (Paul's Boutique BMX mainly for this edition). In the end no one left without anything. Levels were pushed. Pictures were snapped. Crashes were dealt with. New tricks were learnt. The youngest riders climbed to the top of the starting hill all day, where they stood right next to the bigger stars of today. Lines were chosen and conquered. The jumps were watered (thanks Bob) but dusty at the end of the day. But no one seemed to mind. Dirt is dirt. 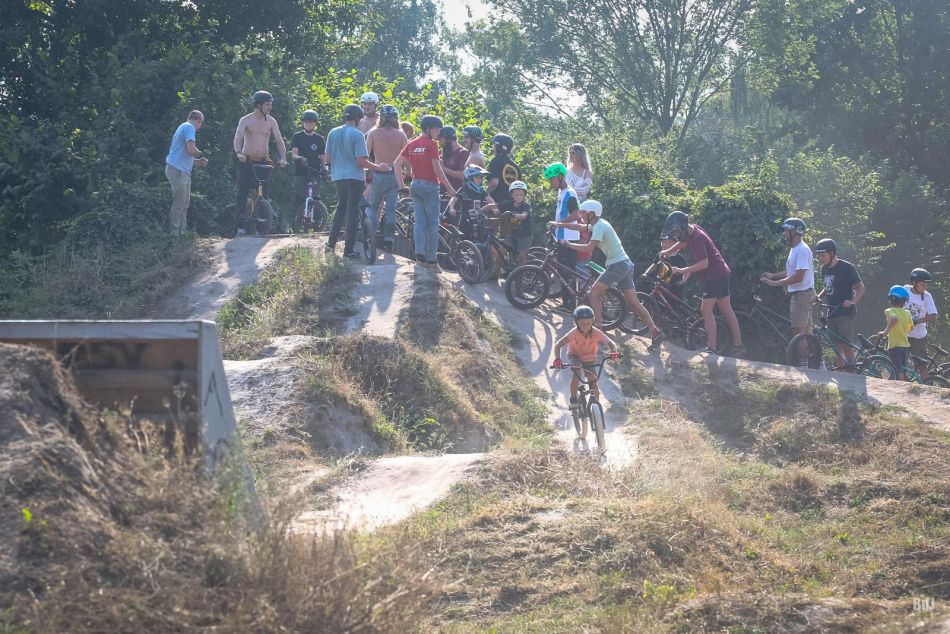 35 years in a row now for the big summer FATJAM which continued with a live act by Skinny Elvis at legendary afterparty place OJA. Every time it's a bit of work putting the jam together but in the end it is nice to share the radness with everyone again. Cheers to all who pitched in. See you in 2023! 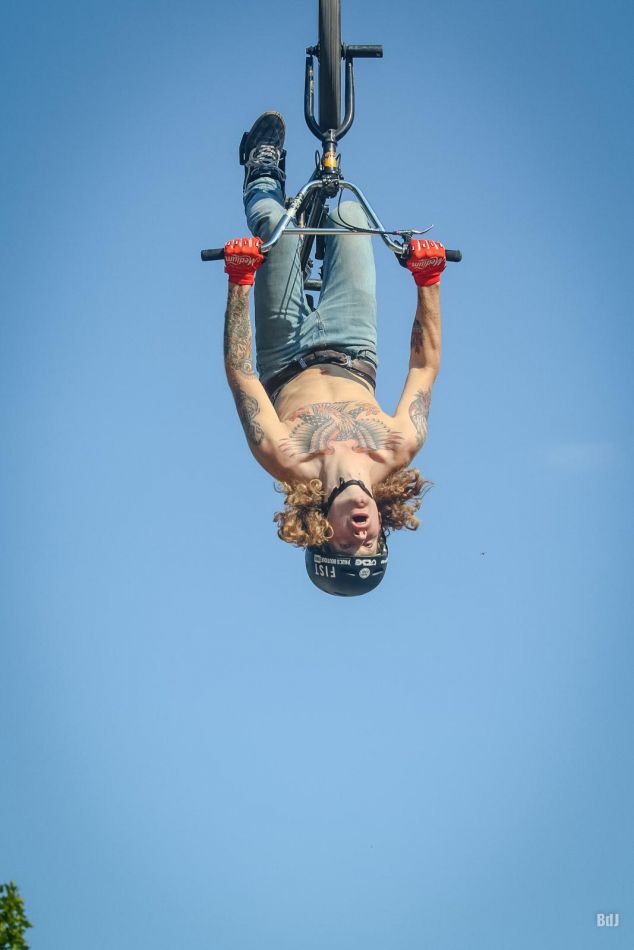 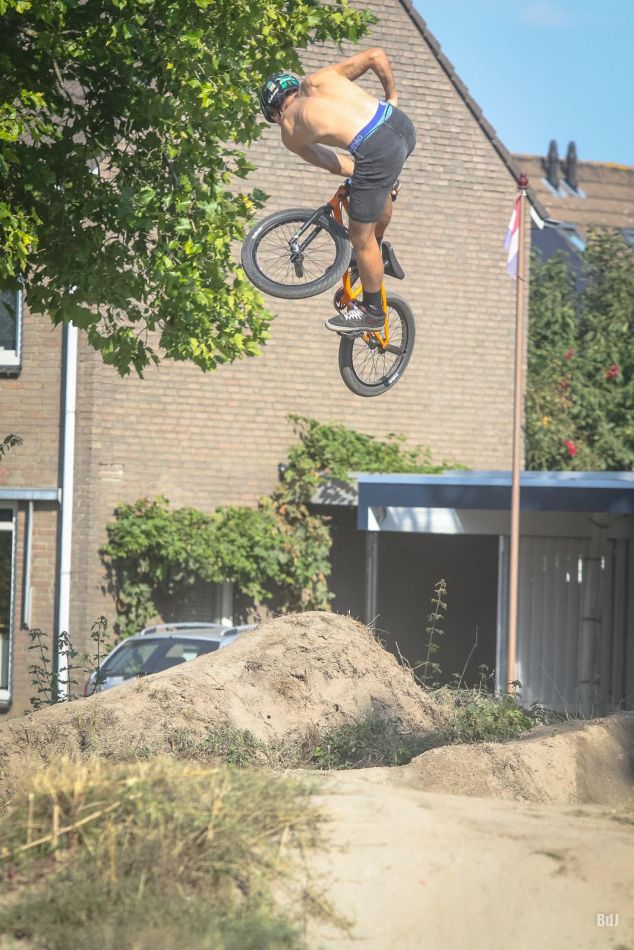 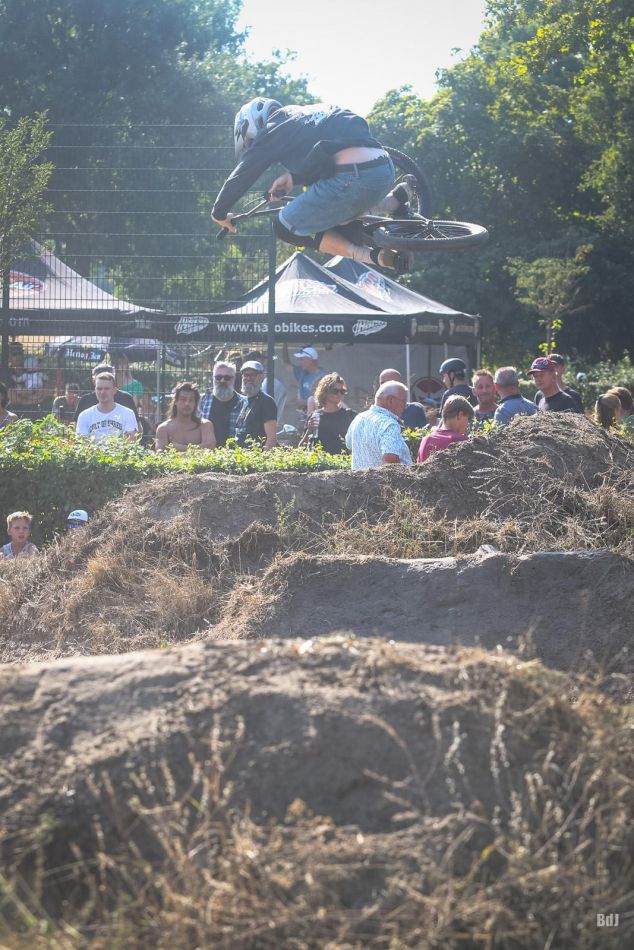 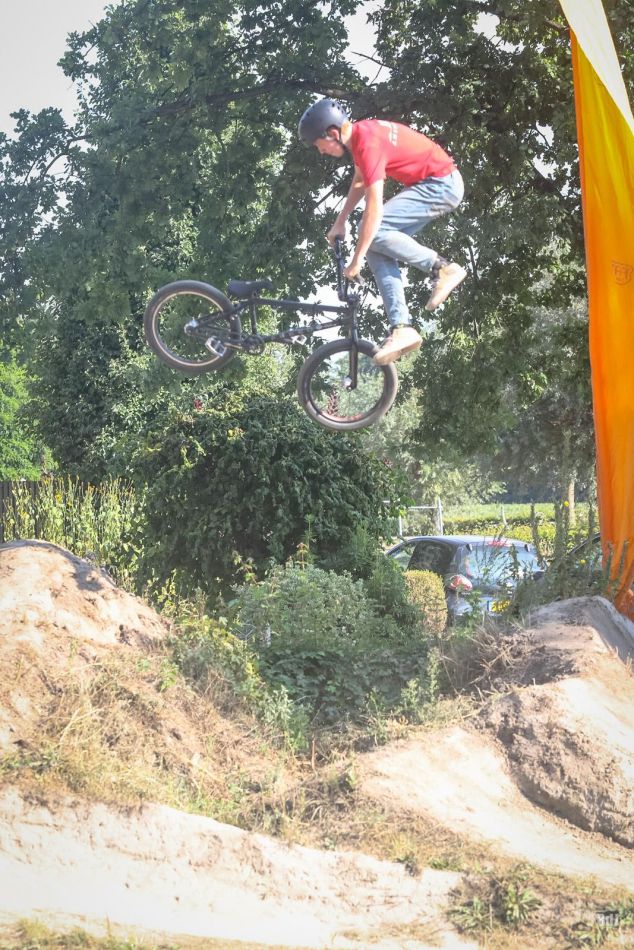 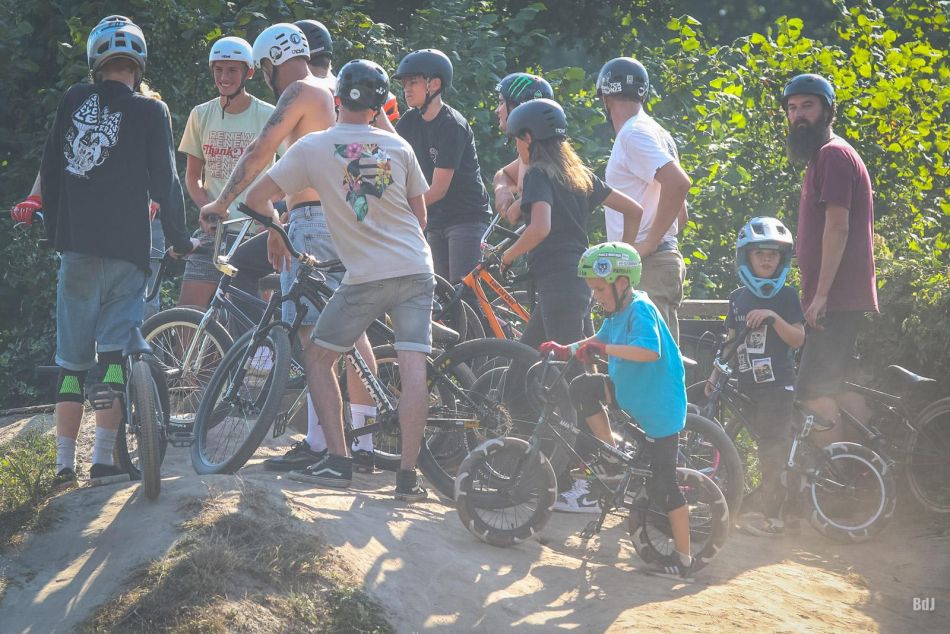 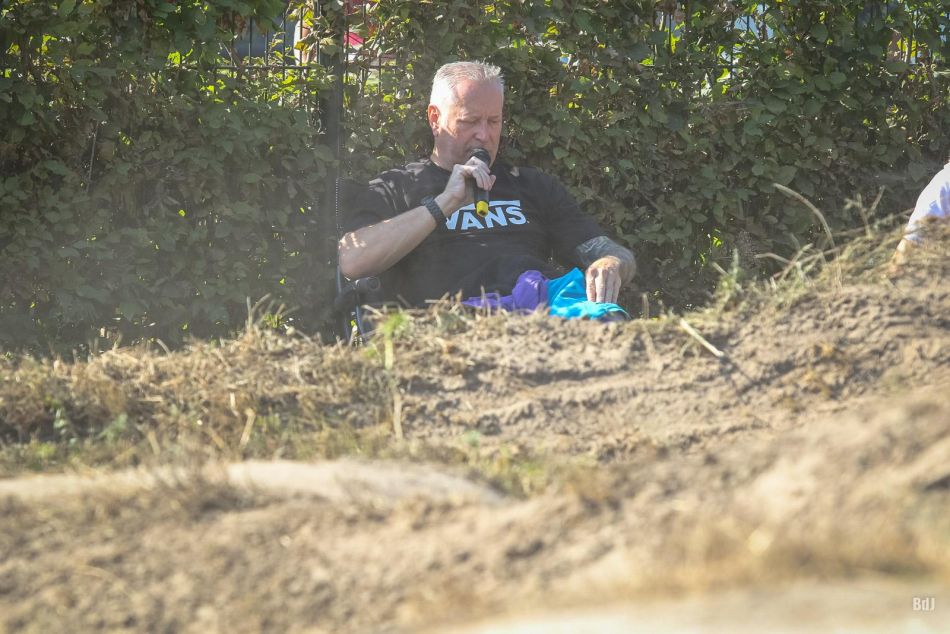