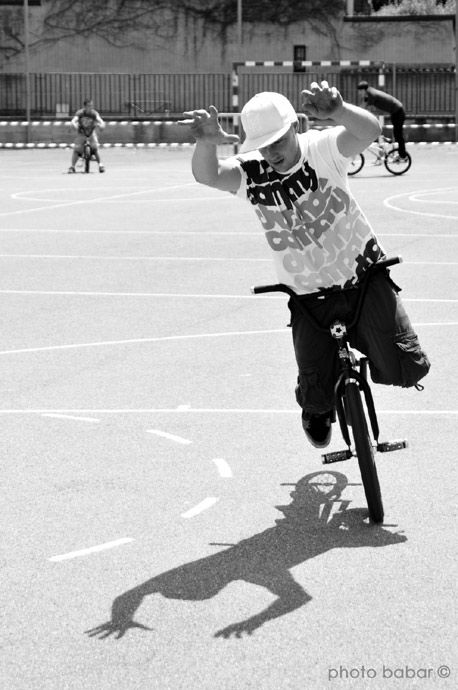 There are so many things to say about that event, I don't even know from where I can start. Friday night, riders hooked up at the infmaous Lyon spot called « small place » for a photo session mixed up with a drinking party. The spot is also famous because of the slippery ground paved with various holes, but Lyon locals were joined by riders from the center of France, Alpines and some Parisians. The contest sounded hot!

All riders have improved their level a lot lately and the cameraman had a busy time. A few hundreds pictures later, we decide to meet and drink with Lyon Street riders to celebrate a rider birthday in a downtown pub. All the infamous street riders from lyon were there like Mirraco rider Maxime Charveron. In the city, street and flatland riders are partying together! And a few pints later, we went to sleep most of the locals welcoming outsiders for the whole weekend.

On the Saturday morning, riders discovered the scene of the crime, 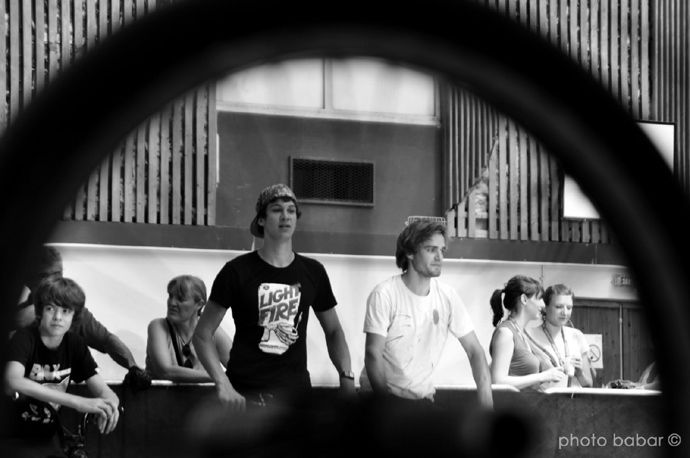 a large area for the contest inside and two basketball playgrounds for the practice were waiting for us. Actually we didn't need more! Little by little, areas are filling with riders as the public is in a hurry to see what it will happen. At 2PM, qualification runs started with well known speaker Pascal Mintov on the mic!

Around a dozen of amateurs were there and started to make the show with some solid basic routines; Backward hitchicker, hang five one hand, cliffhanger or 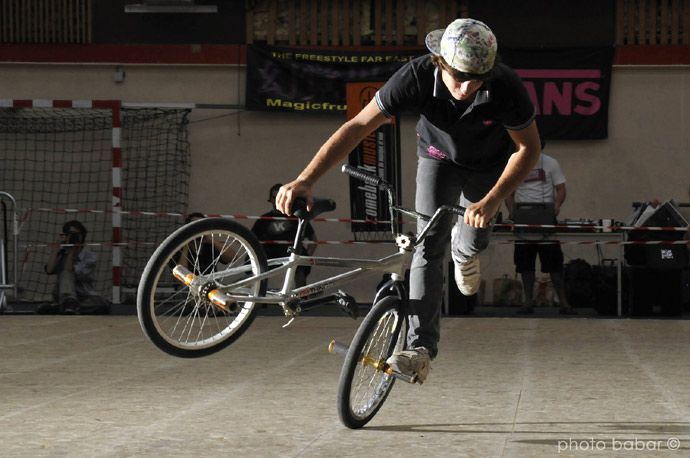 Decade attempt were few of the tricks. Nose wheelie cross hand or pinky squeak in example. Only 8 riders were qualified for the final on Sunday. In the middle of the hot afternoon, the temperature was very hot, a good time to start with Masters qualifications. Around twenty of the best French riders made the trip to Lyon and entered. To name a few, Mika Machard, Charles Paty, Renaud Laspeyres and Maxandre Pillonel competed with some English riders. All the riders did pretty solid and original runs. See you on Sunday for the final for eight of them. 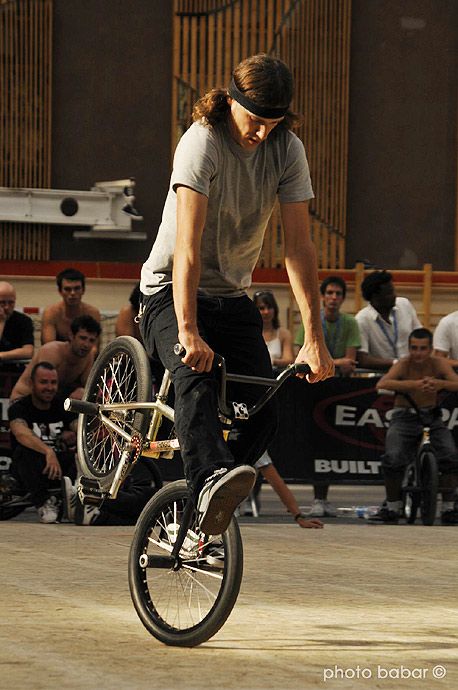 Then, this is show time with the pro class, the eight riders will access directly to the finals. Moreover Manu Massabova (st martin designer is coming back to contest?) and Florent Guyennon (Event organiser and MagicFruits rider) did some run for the attendance. Abadthung team riders and Joris Bretagnole, Jeremy Brosset, John Leblond and Jean Bulhon were competed for the pleasure of all of us! It makes sure we will have an entairtaining final.

At 7, the qualification day is over. All riders and friends are welcomed to "la Pècherie" a pub on the riverside of Lyon for a dedicated party with "hip-hop-electro-mix" dj sessions and avant premier of the Ninja Spin DVD. A lot of good times there with many people enjoying the fact to meet together disregarding levels or ages. It finished late and tired as we love to party.

Sunday morning, back to the contest area, some of the riders had a hard time to wake up some of them are still riding. At noon, amateurs are competing and the ranking is obvious with consistant run for the first three guys. Not many changes in the expert class as well compared with the qualification the day before. Some riders are supposed to progress fast in the next years! With the master class, it had been very hard to decide a ranking. All riders have good routine, hard tricks and own styles. At the end, Maxandre Pillonel won the class very close to his two followers Mika Machard and Charles Paty. 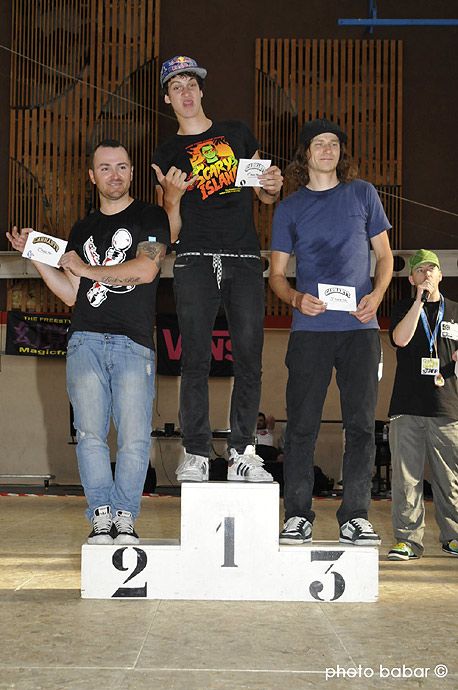 Before the pro final, some of the goods but not entering the contest, French pros like Pascal Mintov, Manu Massabova and Remy Dunoyer did a demo to prepare the public. What can be said about pro final? Level was extremely high, not to mention Matthias Dandois who won. Alex Jumelin back to the second place with a no brake routine. Alexis Desolneux who finished third with a wonderfull riding. Joris Bretagnolle gets 4th, the others pros could not reach the level of those four.

In other words, the weekend went very fast, many riders came from whole the country and even the UK, very good music and vibes all along and so much amazing riding. All the riders were very happy to be in Lyon. COM'IN LYON did a very good impression on riders for the first edition, be certain this is not the last one! Lyon is a surprising city and contest manager did a great work to welcome the competitors and visitors, big up to them. We hope to see you here for the next edition!
Pics by: Babar
GAZ

More in this category: « Old School BMX Meeting and Reunion 2009. Loads of pics by Choq and Shohara FISE EXPERIENCE stop 4. Barbero grabs the win again! »
back to top