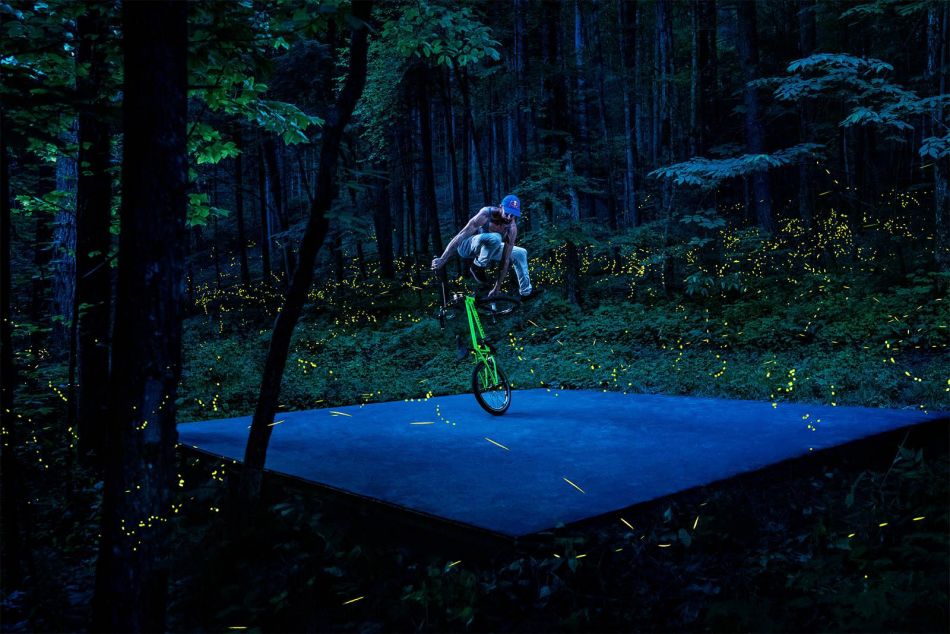 Flatland BMX legend Terry Adams travelled from his native Louisiana to East Tennessee to dance in the glow of its fabled fireflies in his latest project to expand the sport's popularity. The 38-year-old, who once claimed that "flatland is my heart and soul", discovered the BMX discipline when he was 12 and began competing in contests at 16, and since then has won an X Games gold medal and two NORA Cup wins as well as taking part in fun demos all over the world

- Adams is on a mission to take his sport to unexpected places and his latest striking project combines riding and dancing in the light of the fireflies; two activities that bring a sense of joy and nostalgia.