Last time we did an interview you just got out of Australia and hit up a few contests in Europe before making the trip to the USA. How have things developed for you?
Yeah that was a long time ago now. I actually was in the US for about a month before those contests. I was living with Josh Harrington, Darden, Nyquist and Bohan in Salt Lake City. Everyone was out of town and Nyquist was heading over to Europe for a few comps. I was pretty much broke so I wasn't going anywhere, but Ryan helped me out massively and got me a flight to France for FISE and then we took a train to England for bike 03. Ended up doing an interview with you and making a little needed cash so I was stoked. That year I got picked up by GT and everything has been a lot easier. 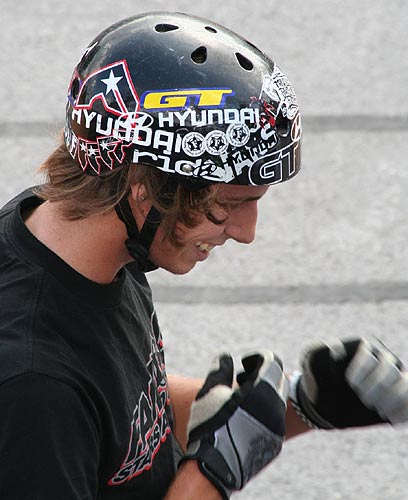 Were other Australian riders who were riding and living in the USA an example for you?
Yes definitely. I had been good mates with Bohan for like 4 years, then he picked himself up and went to the USA under Colin MacKay's wing and he did really well so I knuckled down at my work and saved so I could get over there with them. Colin was the first Aussie to really MAKE IT, ahah. and he is still the man. 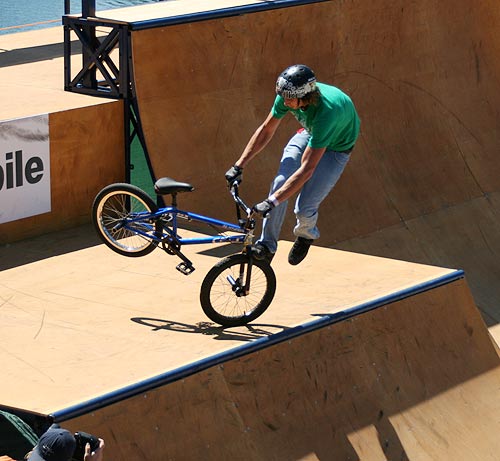 Would it be possible for more Australian riders to make the same move if they would just pack up and move to the States?
For sure. There are a lot of Aussies over there now killing it, Corey, Colin, Parslow, Cam White, and Guettler are always top 10 at any contest. I recommend to just try it out. I went over there for a holiday and have a go at a few comps and somehow I just came back from my 3rd year there so anything can happen. Like everyone says, don't go try and MAKE IT, just ride your bike and have a killer time.

What have been the good parts about living in the USA?
The riding spots are awesome. I was living in Corona, CA all this year and they just had some crazy new sk8 parks put in, just big concrete and flowing like no other. Taco Bell is very nice, crunch rap supreme all the way. And Bud Light is really good. 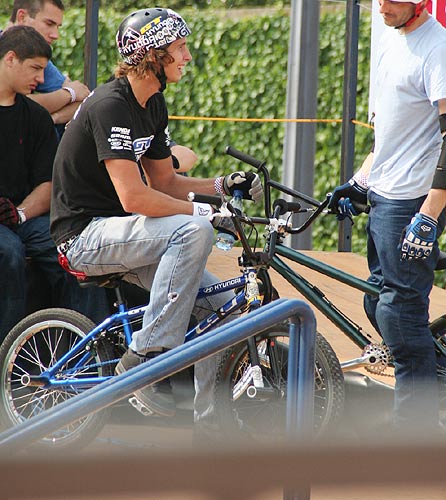 You have traveled to a lot of foreign contests this year. Where did you go?
Yeah I was busy this year. First I went to England for bike 05, that was a good time and also did a little road trip with McCann and Chuck my GT tm. Then I went to Moscow, Russia to do a demo for GT but ended up riding in the LG vert contest there, it was fun went street riding with Nate Wessell and about 50 of the locals, it was nuts. Then I went to Munich, Germany for a LG street comp, from there to France for another LG street comp, then finished up the year at the LG finals in Manchester, England. 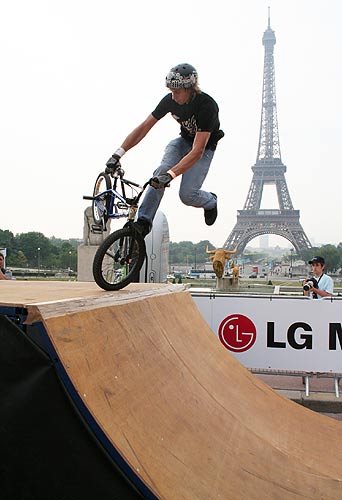 You kick ass in both park and dirt. Where do you ride to keep up with both skills?
Ohh cheers mate! aha, I just hit the local skate park in Corona and Ricks trails pretty much. I have been to Woodward 1 time in the last 2 years. When I am home I try to get around to all the local spots, ride with the blokes I haven't seen for ages.

Who do you ride with on a regular basis?
Back home I ride with Yonny "pets of sangate" Wakefield, Sportsworld, Corey when he is around, Colin a lot 'cause he is staying like 15 mins from my house at the moment. Robo, Riggers, Brenno and Netia. Back in the states I ride a lot with Biz and Corey, Hollywood Heath, Brett Walker, Emers, Wazzo, Mike and Matt, Josh, me mate Harro and anyone else that's in town or at the sk8 park. 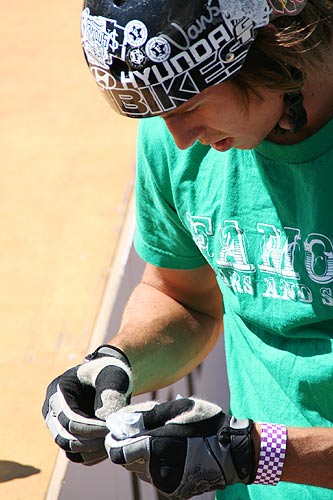 How has GT been treating you? Are you on GT for 2006?
GT are awesome, I just re-singed with them for 06 and 07 so I am stoked. Everyone is awesome and helps out so much. My tm Chuck Fallon is the man and I am stoked to be on the same team as Jamie Bestwick.

What other co-sponsors have you lined up for 2006?
I'll be riding for Famous Stars and Straps, a killer clothing company from Corona, check it out if you like www.famoussas.com, but I got plenty of room for more stickers on my helmet ahahahah.

What do you think BMX could do without?
Uhm, little mongrels at the skate park asking if you can do a back flip or if you are better than Yonny.

What needs to be done to push BMX?
Nothing I think. BMX is strong at the moment and everything looks to be progressing nicely.

Last words:
I would like to thank fatbmx for this interview, everyone that's helped me on my travels, my family, Corey, Colin, Josh, everyone at GT and Famous. My family, and Avalondrive.net. Ride on.