-You changing sponsors from S&M to HARO came as a surprise for some. How did it materialize?
Rob:  Pretty much just got a call one day from Tony D asking me if I had anything going on for next year. He called me back a few days later telling me what he could do and it sounded good. I've always stayed with Haro guys at all the comps, couch surfing. We're all really good friends and live in the same town. I just thought how good it will be to travel the world with your best friends. Now I have a chance to do that, so I went for it. Don't get me wrong, S&M was great!! But Sometimes change is good.

-You've been around for quite a few years now, what have been your biggest results? 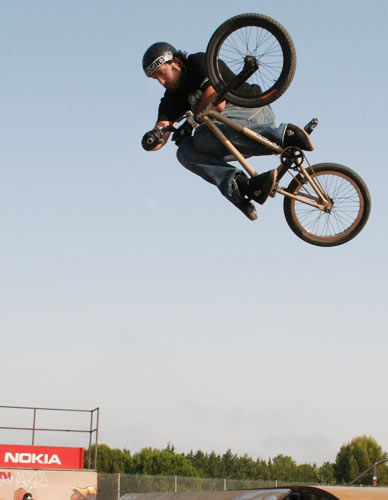 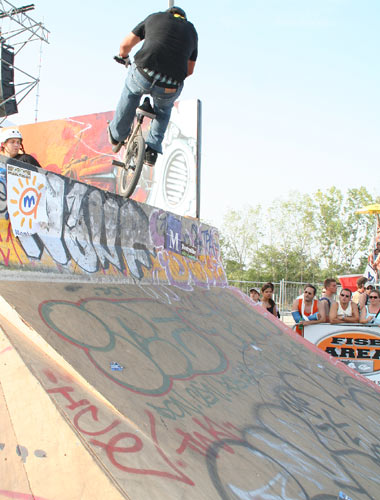 What can people expect from Rob Darden when he gets ready for the final at a street contest?
Rob: That I'm having a good time! Whatever happens, happens.
Where do you usually ride dirt?
Rob: I don't really ride dirt. We had some trails here in Greenville last year, but the woods that were around the jumps were torn down. I ride more dirt at contests then I do anywhere else, which sucks because riding dirt is my favorite. 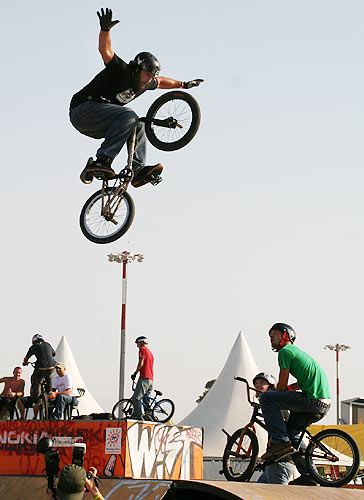 Do you find it easy to combine riding both Park/Street and Dirt?
Rob: Riding both dirt and park at comps is what I have always done, I think it would feel weird to just ride one. They are both so fun for me, I couldn't sit back and watch my friends ride something that looks so fun.
How's life in North Carolina these days with all the team mates around?
Rob: Life in Greenville right now is the best. Between the skate park getting rebuilt, Ryan's new place, Dave's place, all my friends and girlfriend I couldn't be happier. 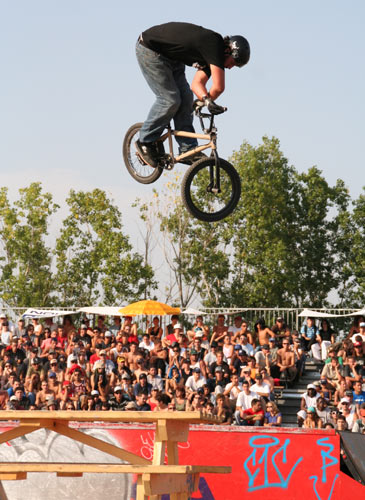 How's "The Unit" (Ryan Nyquist's park)?
Rob: The Unit has to be one of the best places to ride. There is so much to figure out, it is endless! That's all I can say about the Unit. You will see what I mean when you go.

Where's your focus going to be in 2006?
Rob: I'm focusing on doing as much as possible, contests, traveling overseas, road trips, filming. Anything and everything. If I have the chance I'm going to take it. It's all about having a good time!

More in this category: « Bram Verhallen gets signature frame from KHE Jamie Bestwick interview »
back to top