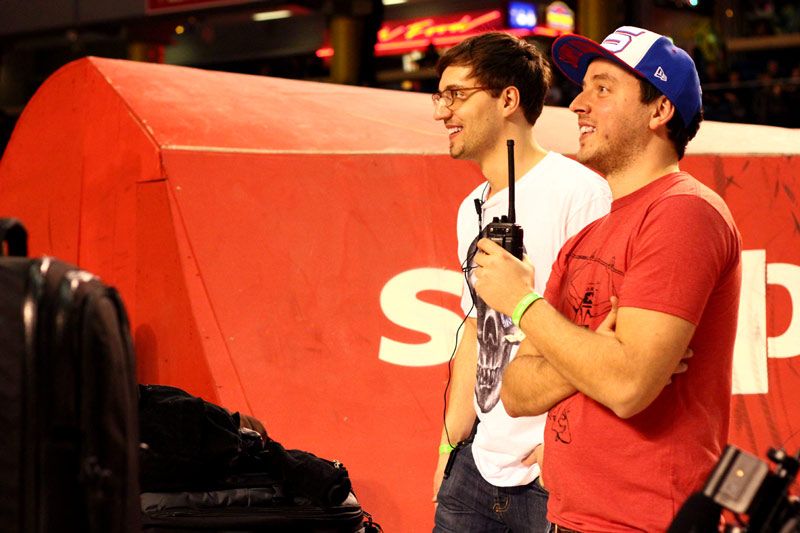 A few years ago we did an interview with Risto Kalmre who, together with his brother Mario, is the main man behind Simpe Session. Here's a re-post on what it takes to put on an event like this.

First of all congrats on continuing putting on killer events together in Tallinn and in Helsinki. Through this interview we’d like to show how much goes into these events. When did you actively start preparing for Simple Session 2012?

Thank you, Bart! This year we started with some things a bit later than normally. Just because we went through quite some changes in the title sponsor areas etc. But on and off we've been working on it since early fall right after we finished with the Summer Session. But most things are the work of last 3 months that have been quite busy. As you know we do the event in late March now instead of February. But I think it's gonna be good, even though it's still early spring in Estonia, it's already a lot warmer, no snow and even possible to cruise around a bit. 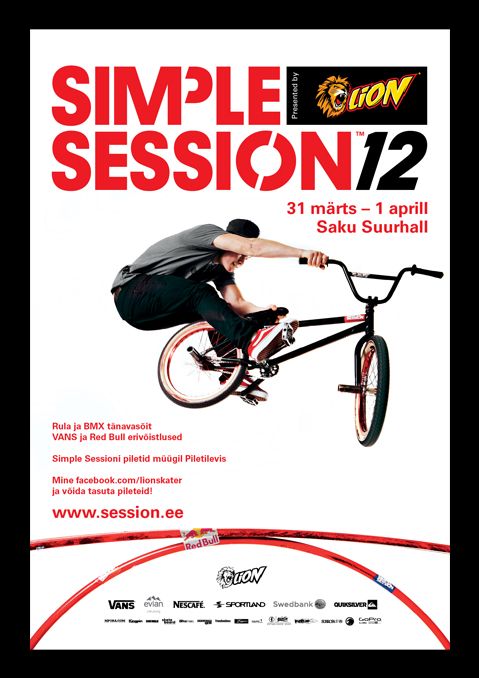 As brothers do you have different tasks set out for yourself or do you have a say in everything that is being done to prepare for the event? Yeah, we both pretty much have a say in everything that goes into the Simple Session. I'm (Risto) are a bit more in charge of all the ads and media, graphic design and of course riders. In the past Mario used to have a bit more to do with gathering the finances but now I also deal with many of the sponsors. We just divide which companies either of us deals with. A wonderful girl Liina Ristoja is working with us full time too, so she is doing a lot of the stuff. We're both working with Nate in the course designing process but Mario is in charge of the skatepark building. Everything really divides spontaneously when things come up, we haven't set a rulebook before. We both deal with all the video and broadcast stuff, merchandise and a million other things. There are also things like film festival, exhibitions, etc. There's so many different things, it would be a long list to count. We also both do skateboard contest part too and Kristopher Luigend steps in quite often this year to help out with the skate stuff. We discuss everything as we have small team. All of us are pretty much multitasking on everything.

Obviously you have help from other people to make sure things run smooth. How many people are involved during the week that the event takes place? In the long run our team is small. Just 3-4 people. But during the heavy event set-up period it's almost a 100 people doing different things. We can't thank enough the dedicated people who are involved! 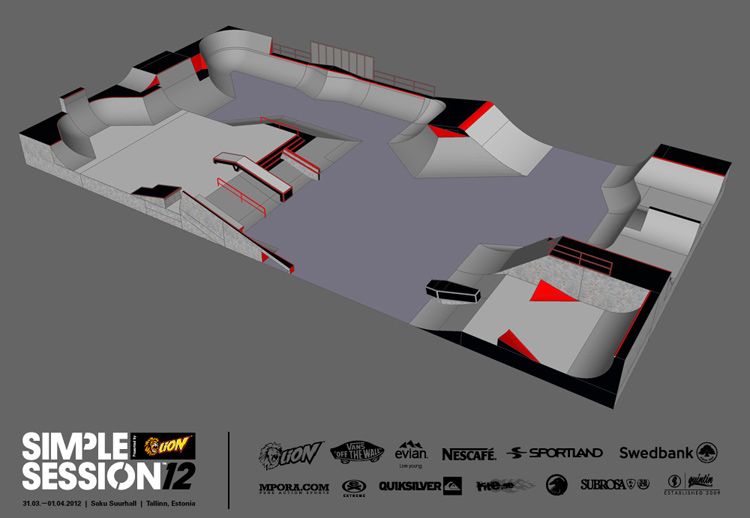 Simple Session has always been good partly because of the good courses. Nathan Wessel has been the designer of the park and trusts that you guys build it the way he designs it. Has it been difficult to make things exactly according to plan with a big ocean between Estonia and Nate Wessel over in the USA? No, it's been pretty dialled. It's a good collaboration. Usually we go through a few different designs in the process but sometimes we get it as we want it also with the first go already, as we did last year. It was pretty clear to Nate what we wanted and he delivered a winner design. We changed a few details here and there during the building to fit the ground area and plywood sizes but not a big deal. This year it was a bit more back and fourth but I think we ended up with a great course that is going to be good for everyone, street and park riders and skaters. It's going to be awesome. 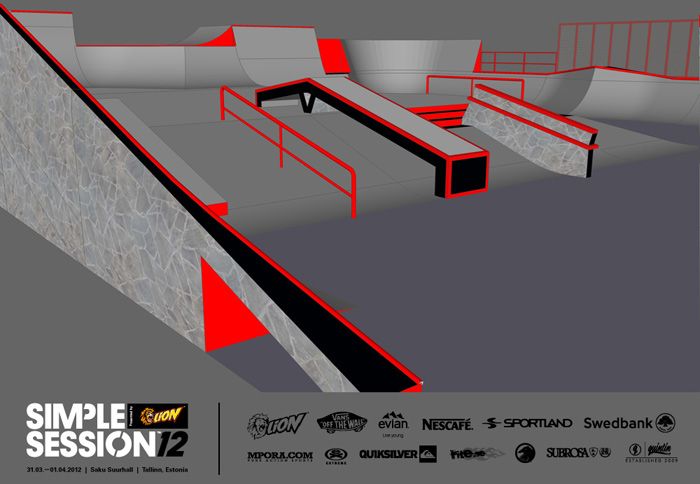 Not only does the course need to work for BMX, there’s a big skateboard contest going on at the same time. Does that make things complicated in certain ways? Yes, for sure. That's difficult for us and for Nate, because it is very hard to try and come up with a concept, that is new every time and that will work for two disciplines: BMX and skateboard. Even in BMX side of things, we have wanted it to be both street and park, not just one from these. Hell, we even have a flatlander entering the comp this year, haha. So it's difficult. But for this reason Nate has told us it's also probably his favorite design he does every year, and probably the one that takes him the longest. He helps to design Simple Session courses since 2007. 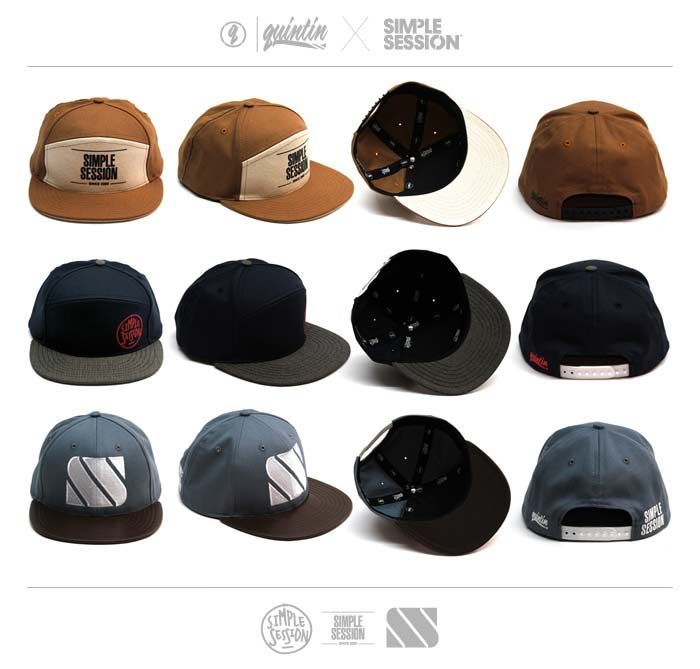 In BMX the popularity of the contest is enourmous, one of the best of the year. Do you have an idea if it’s the same in skateboarding? It's not exactly the same but it's getting there. Last years level in skateboarding was real good and it's getting more and more established each time. I would say in the European scene we're already one of the real top contests and one of the most anticipated ones. Also we had probably the biggest US skaters compared to other EU contests. In the world wide scale it takes a bit of work still. But it's moving there. For second year in a row we're now also part of Skateboarding World Cup series together with seven other top events around the world.

BMX riders are in favour of the time schedule with the BMX part beginning later in the afternoon. Any special reason for that? BMX Finals are just super energetic with the crowd going really wild and riders doing insane tricks, sometimes something they have never tried before in the contest. The skateboarding at the Simple Session is awesome but it's just different thing and it's not so massively attractive for the big audience in the sports venue setting where people are watching from far away. The crowd has been great and they also really support the skaters but it would not make sense to start with the skate comp after the BMX Finals has just gone bonkers. All the skaters agree with that too. 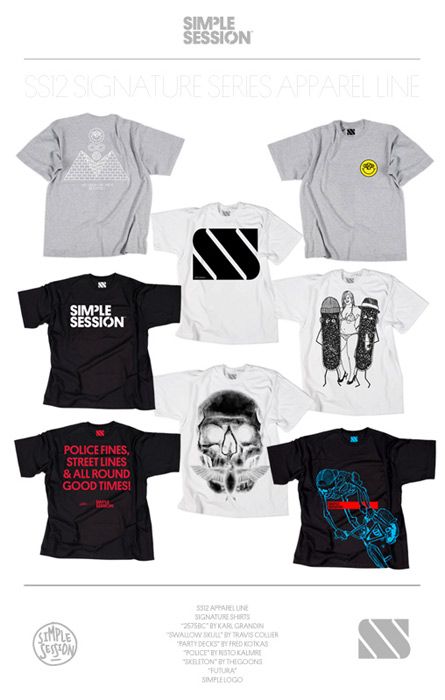 As organisers you always have to deal with the incidents that happen during the weekend. Do you ever get some sleep during the Simple Session? Well, it's more crazy with a few days before the contest. When the actual contest starts, it's been pretty dialled.

An event like the Simple Session wouldn’t be possible without the sponsors. It’s not any easier to find sponsors in Estonia, is it? Yeah. But luckily we have some long-time partners who believe in us and support the project in the long haul. We also get quite some support from the city and government. But it has been of course quite a lot of work from our side to convince the city to get that support. But in general Estonian economy is very small and we have to do quite some hustling to gather the finances we need to make the contest happen in such a big scale we want.

The promotion of the event is second to none and draws a good hype around the event making people want to come. What forms of media did you use in 2011 to promote the contest? (facebook, web, twitter, magazine ads, billboards, TV commercials, etc.) and what are you using this year? We used practically all of them. Of course we use the social media. We also continue with our partnership with Factory Media and have an advertising and editorial arrangements in all European biggest BMX and skate mags. We also make cooperation with sites such as Defgrip, FATBMX, Tacky, Transworld BMX, theComeup and others. In Estonia we have billboard and TV campaign as well as PR campaign with TV interviews, radio shows etc. Last year we also did our own Simple Session Sahtel magazine issue that you were able to pick up from Simple Session locations and from newsstands. We continue with out own clothing line and a bunch of other things too. We also have a few great additions to our partners in the TV area too – Fuel TV and Eurosport. 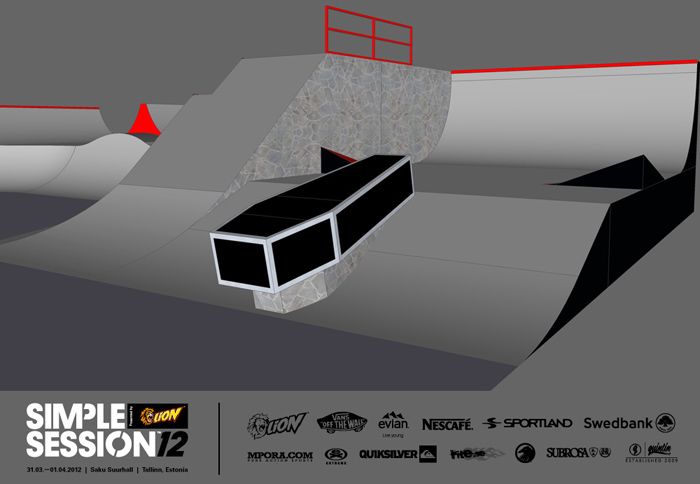 Are you stoked on the record on last years LIVE webcast with 370.000 people watching it online? What do you think it will be this year? For sure. It's almost half more than the year before, so it's very good. For internet broadcast these are great numbers. The numbers were actually even bigger as we lost some statistics for a some periods of time on Saturday. And together with replays it was about half a million. As far as I know it should be the biggest action sports webcast in Europe. Maloof Money Cup in New York had 750.000 viewers. We hope to top that this year.

Can you explain how difficult it is to keep the number of riders that can ride the contest limited to a certain number? It's quite difficult, as there are so many riders who want to come. Our maximum capacity in BMX is around 100 and we also want to give local riders and riders from different areas a chance to ride, so it's not so easy to make choices. It sucks as you have to judge riders before they can actually ride and show what they have got. But we cannot have 250 BMXers in the comp, so it's the only way. For riders from the Baltics and Scandinavia we put on our Summer Session comp in Helsinki as a qualification to Simple Session. Of course that comp was a lot more than that too.

If everybody (and their friends) are coming back for 2012, Tallinn is going to be packed. How does it look? It's looking very good!

When you started the Session contest 11 years ago, would you have ever dreamed it would come to this point? Not at all. We weren't even thinking we would still be doing the event a decade later. When we started it was just a small jam to open our new skatepark. The scene of Estonia was practically eight riders or even less and maybe 15 skaters and that was the whole world for us. Everyone were real beginners as none of the role models or media to influence us wasn't available, even bike parts weren't available. Those times were really different. But looking back, they were fun times too. You had to invent everything yourself. An in some ways the first Sessions were also bigger as they were outdoors festivals with many different things such as vert ramp, dirt jumps, flatland, live bands and the whole jazz.

Any people to thank? Me and Mario would like to thank our dedicated crew Liina, Mihkel, Marko, Pets, Kristopher, skatepark building crew Hannes and Taivo, Mihkel and all others in the team, Nate for doing the designs, all the judges for their real hard work and announcers for keeping their voices. All the volunteers and helpers. And of course all the good partners and companies who help to make the Simple Session 12 happen. And me and Mario want to give big thanks to our mom and dad for always being there for us!

Oh yeah, and what do you do to make so many girls come over to watch the Simple Session? Haha, I think the girls just like to see the skater boys and BMXers doing their thing. It's a great show and the best of BMX and skateboarding, why shouldn't they come to check it out?