How did you land a job at Woodward Camp?
Ron: I started in 1991 as an instructor/counselor. In 1997 I met my wife Marcia at Woodward. She was a gymnastics instructor. After we were married in 2000, Woodward offered Marcia full time employment, which worked out great for us. 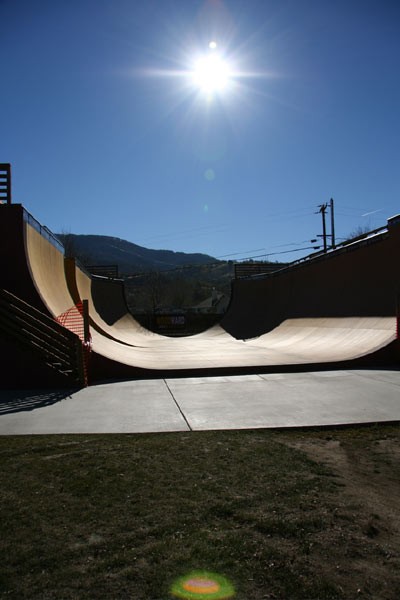 Over time my role increased as well, and in 2002 we were asked to be a part of the new facility in California.

When did you move to california to set up/run the Woodward West facility?
Ron: We left Pennsylvania 2 days after camp ended in September 2002.

Was it difficult for you to make the move?
Ron: It was hard to leave Woodward East after so many good summers and know that we really wouldn't be there for summer camp any more. At the same time, it was very exciting. We love to travel and camp, and we were moving to the other side of the country, so we had a whole new world to explore. It was also an exciting opportunity to be a part of creating and building the new Woodward facility. We got to start with an empty slate and build whatever our brains could come up with. 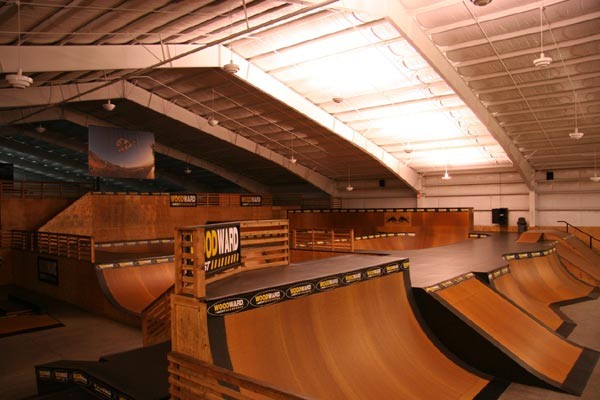 Do you live on the Woodward facility?
Ron: No. My wife and I bought a house very close to the camp.

Have you ever woken up, opened up the park, put the lights on and start riding in the middle of the night?
Ron: No. I enjoy my sleep too much. Besides, I can ride any time I want during normal waking hours. 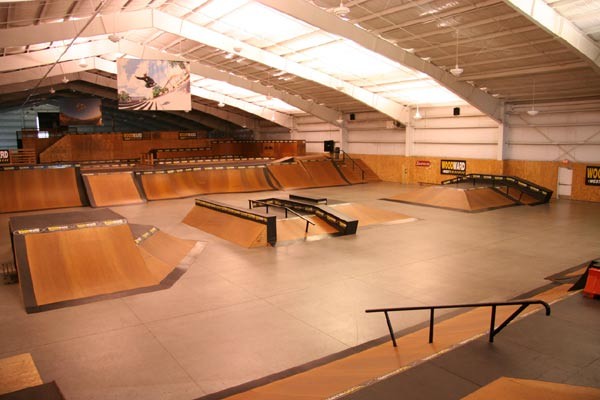 Who are some of your favorite ramp builders?
Ron: Nate Wessel is the is the best. He has creative ideas and he can build anything. I love working with Ryan Corrigan. He can build anything and he works his butt off. Besides those guys, I like to build stuff here myself as well. 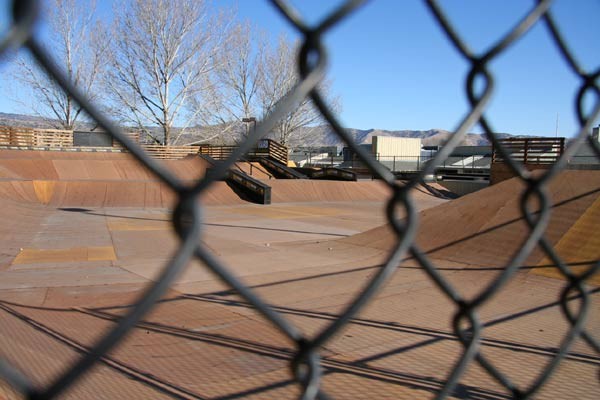 Can concrete be built so BMX-ers don't "destroy it" like some skateboarders claim?
Ron: Bmxers need to wake up and be smart about this. We have a concrete park complete with pool coping and we have no problems. I personally grind it every time I ride that park with no problem. If guys are doing airs to icepick on pool coping, yes you will chip it. 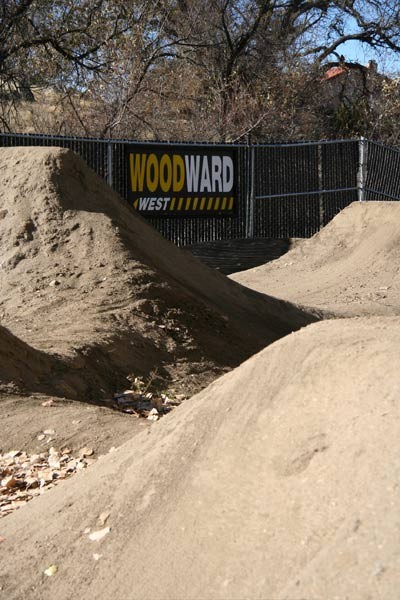 What's a good concrete building company to work with?
Ron: That's a tough question. You have to do your homework. They will say whatever it takes to get the job, but a lot of these companies are old school skaters who will tell the cities that bikes should not be allowed and are dangerous. There are companies who do great work that I will never mention because they are hypocrites. These are the same guys that ten years ago had "Skateboarding is not a crime" stickers on there boards and their moms car. Now they are hypocritically and cowardly trying to keep bikes out of the same places they wanted to skate. 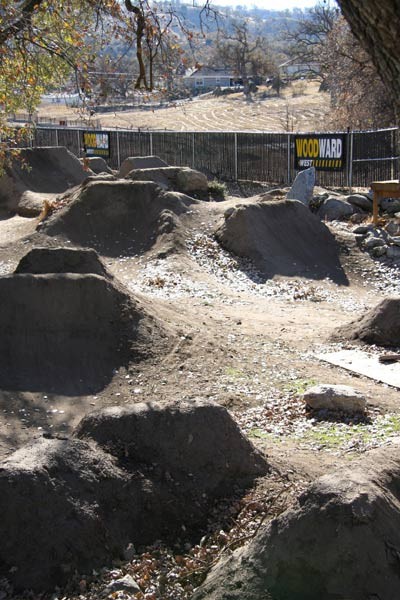 The Dirt jumps probably require most maintenance, who does the work there to make sure the jumps are well prepped?
Ron: Magilla and Dave King designed and built the original layout. Dave Reuss and Jeremy Kaiser helped with that first build and have come back each spring to add new lines and shape everything up for camp. Our dirt is actually pretty good and doesn't require much maintenance, so the rest of the year whoever rides them kind of touches them up.

How many special (BMX) events do have going on every year?
Ron: We do demos for the local schools around us and things like that. As far as bigger events go, we haven't done much in the past couple of years. We did the CFB and BMX PIG events the first couple of years we were here. Woodward is working on doing an amateur bmx series in the states. We did one event at WW East last October, and this year we will do that event again and hopefully I will be able to do one at WW West as well. Over the next couple years we hope to grow that into a series with 10 - 14 events a year. 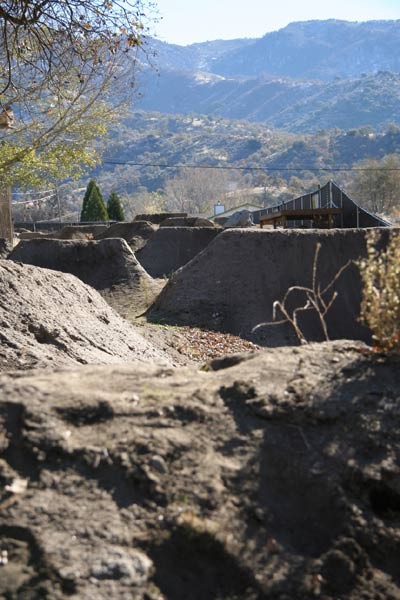 No BMX race track at Woodward West?
Ron: Actually we built a track a couple of years ago, we just haven't committed to it yet. There is a lot of political stuff going on in racing right now with the Olympics and all the ridiculous tension between the sanctions. Hopefully all of that will work itself out. If you do a track, you have to commit to a sanction and it just isn't worth it right now.

How many employees does your camp have?
Ron: In the off season (non-camp) months, there are only about 15 people working here. In the spring the number slowly rises as pre camp priorities dictate, and during the summer camp itself there are 100-120 employees in any given week. 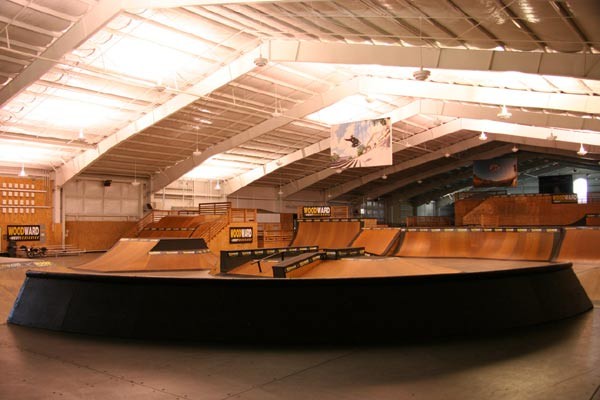 If BMX freestyle becomes an olympic sport, will your facility explode?
Ron: It's hard to say. I think we would certainly see some increase in campers; but I personally think the Olympics are a long ways away. There is so much political red tape involved in the Olympics that it takes years to make things happen. Also, if it happens, vert will be the first discipline taken and that is the smallest percentage of the action sports population. There are way too many variables involved to try to predict the Olympics and how it will affect other parts of our industries.

More in this category: « Flatland ace Martti Kuoppa on the COB and Bike Check Circle Of Balance participant Alex Jumelin (France) »
back to top