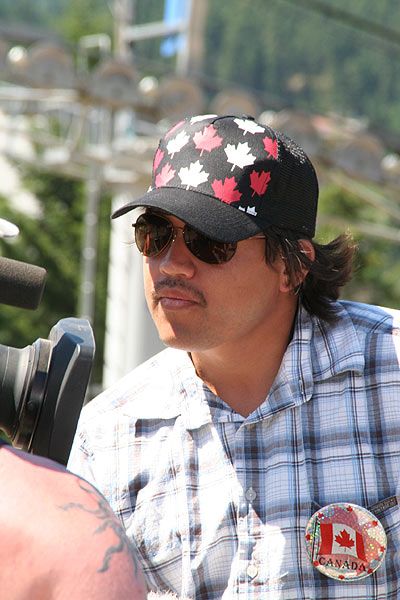 Name: Dave Osato
Age: Just turned 31
Hometown: Born in Winnipeg but live in Vancouver for the past 11 years or so.

You've been sponsored by wethepeople for a while. You do more for them than just ride. What are your duties?
Dave: My first and foremost duties is to represent WTP while riding my bike. The other stuff just came about last year and those duties are to take care of the WTP team in the US. That means I would make sure they are all happy with the product they get and make sure it gets to them ASAP. It is pretty much a US team manager job and just taking care of the team there. 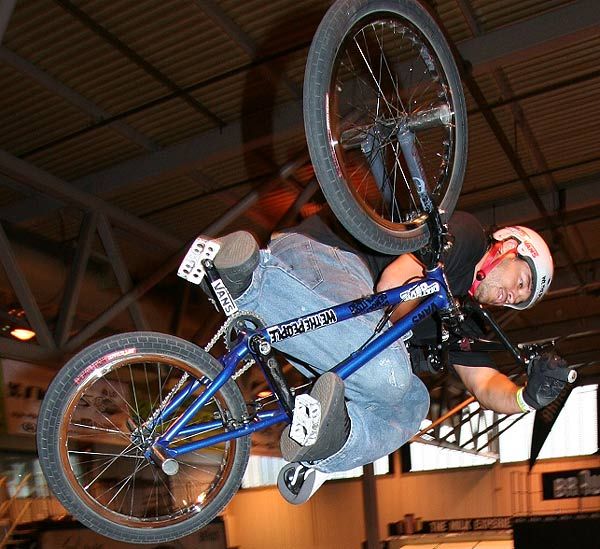 many great people around the world and I only get to see them once in a while I jump at it. I also love to see places and different cultures that I would never get to experience here in Canada. Great times.

What countries have been your favorite as far as riding is concerned?
Dave: I always like to go down under because it is very similar to Canada except it is always hot. There are so many skate parks there as well you would never get bored. 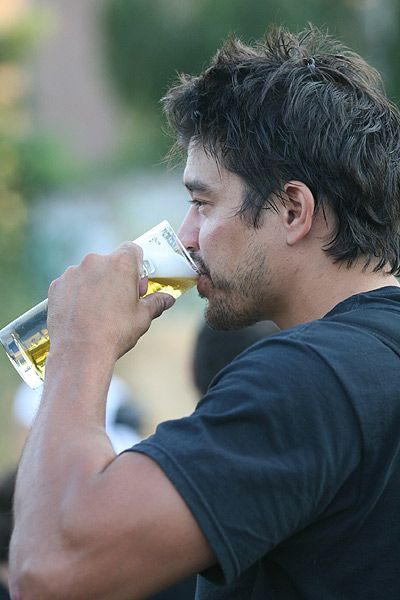 Which places are good to hang out?
Dave: Well, Europe is a great place to hang out as there are so many Countries so close to one another that it feels like you travel so far but in reality it is only a few hours away. Germany is always a good place for me as I get to hang out with the guys from WTP because I don't get to see them too often. Other than that I think the South of Portugal is pretty awesome as well.

You've created your own indoor riding spot. What's the latest on that?
Dave: I have had the Igloo, that's what I call it, for a few years now and for the past 9 months or so I have given it over to the locals here in Vancouver to run it. I was just not riding there as much anymore and instead of ripping it all down, I let a few locals take over the rent so everyone could ride it as long as you knew one of the locals that is. They have been adding different things to it as well and now it has a bunch more things to play around in there. I am glad that we have some sort of indoor to go to in the rainy season. 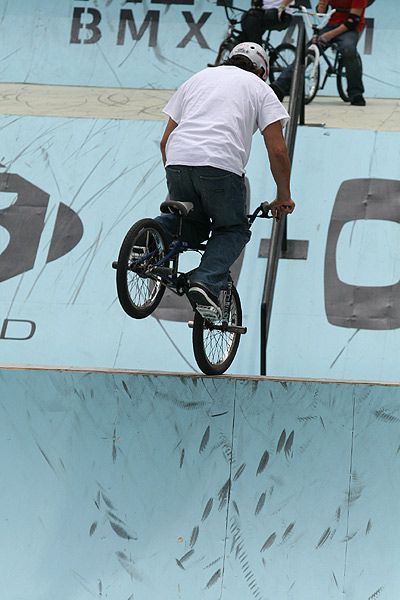 You're a strong technical rider, how stoked were you on the Rebel Jam Hard Tricks and Creative awards in Miniramp?
Dave: I was pretty stoked to say the least as I am a rider that does not pracitce that much for some reason and when I do ride and put something together I am happy. The Rebel jam is great for that because I was just hanging out with all my friends that I don't get to see too often so the feeling was right. When it all comes together, which is rare these days, I get pretty stoked. Either way Rebel jam is always a good time.
With little practice at a contest you can still do well. What's the secret?
Dave: Well I don't think I practice because there are so many people on the ramps and sometimes I don't think it is worth it. Just as long as I have a feel of the ramp then it is just all in your head right. If I go out there and pull a trick that I realy want to do in practice and don't do it in my run I feel like I used up my pull in practice when I just could have done it in the actual comp. Or maybe I just have issues when it comes to riding comps. 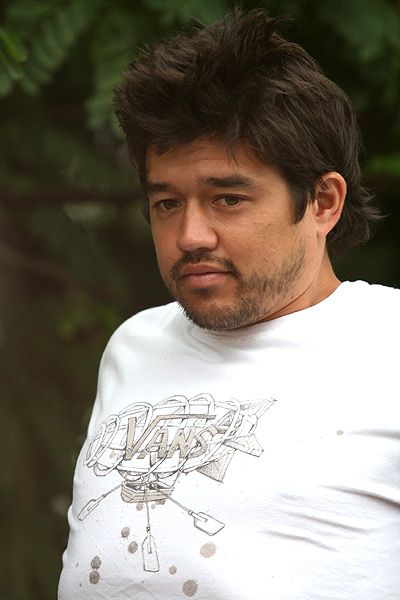 What trophies have you saved from winning contests?
Dave: Between my parents' house and mine I still think I would be able to round them all up minus those big checks you get as they are cool at the time but just take up too much space. It is crazy though when I go home to Winnipeg and see that stuff it just seems like yesterday but in reality it was over ten years ago. Funny, I am getting old.

Do you have any other trophies from different sports?
Dave: Well the only other trophy I have up would be from a foosball tournament that Andrew Faris and I won. He lived in a different city at the time and played every week in this tourny and never had a good partner. So one time I went to visit and we entered and ended up winning a trophy and a 50 buck bar tab or something. The funny thing is that the guys we were playing were so serious they had to take a time out to talk about shit in the middle of the game while Andrew and I were sipping on our drinks. They were so pissed. 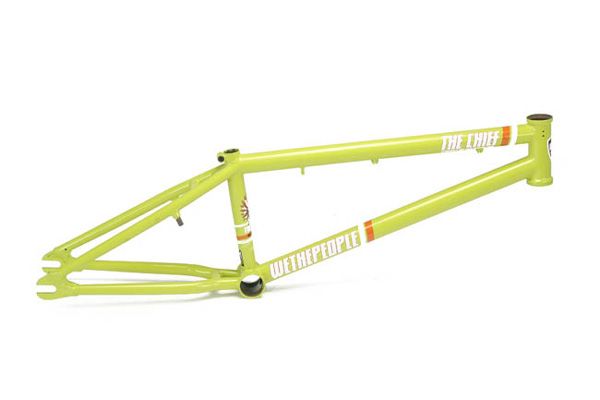 Is Icehockey on this winter?
Dave: Ice hockey is on all year round here when I am at home. I get out as much as possible as it is a great workout and is fun to play. You can learn shit everytime you play.

Favorite team?
Dave: I don't really have a favorite but I do watch a lot of it. I would have to say the Canucks as pretty much every game is on tv. Good times 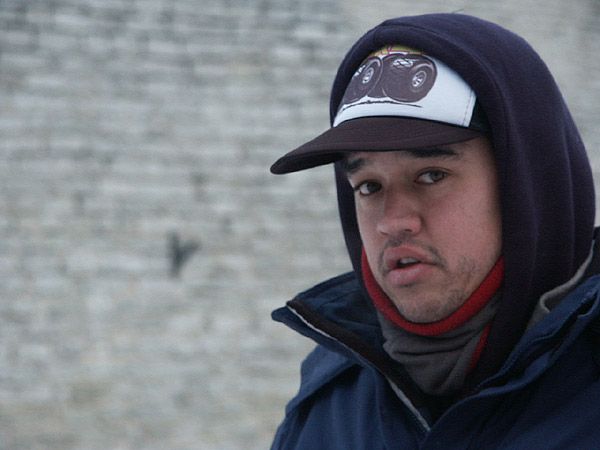 Are you stoked on your new frame?
Dave: I am super stoked on the new frame as we changed it up quite a bit for this year. It is a bit longer in the front and a bit shorter in the back. It is a good change that is for sure.

Being a big boy does weight matter much to you?
Dave: Well it does help out on the old back that is for sure. The lighter the bike is the more you will be able to manouver it around. I love it because these days you can have a bike pretty light and strong at the same time which is what we all love. 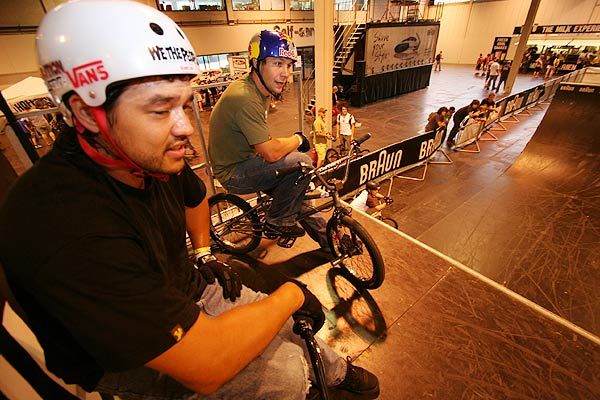 When you ride you seem to tell your bike what to do. What if she doesn't listen?
Dave: She might get tired some times and I let her off but if she is getting old and it is nearing the of the line I might giver a toss or two depending how frustrated I get. It is only natural I think. I toss it with love though so it is not that bad, I hope.

Any new tricks you've been working on?
Dave: No, I have not been working on that much here as the weather is not the best for riding the parks up here. 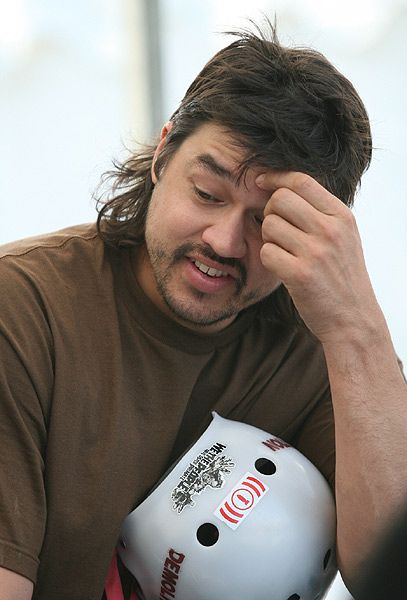 Tech riders you respect?
Dave: I would have to say all of them because I have such a great time riding with them. Friemuth, Rooftop, Millar, Tobias, Kachinsky are guys that are pretty damn tech and it is always a good time riding and hanging out with those guys.

Tech video you've watched more than once?
Dave: I don't really watch that many videos but I think now a days there are so many guys donig tech street stuff out there now it is crazy.

Shout out to: First I would like to thank my parents for always supporting me in whatever I do and then thank the sponsors for being there and taking care of me. WTP for the bikes, Demolition for the parts and Vans for the shoes. Would also like to thank all my friends and everyone I have met through bmx, you guys are awesome. One more would be Johanna for being there all the time, you are the best.
Tweet

More in this category: « Top fives with Ryan Guettler 2007 Top Ten FATBMX interviews »
back to top