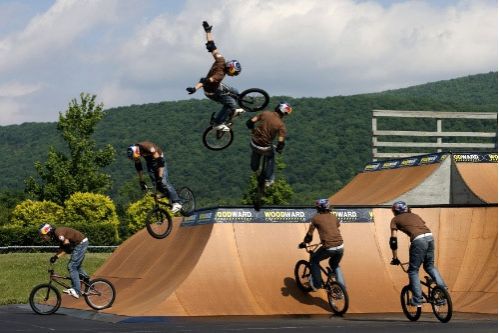 FATBMX: Describe the location you are in right now?
Daniel Dhers: Laundry place near Woodward. 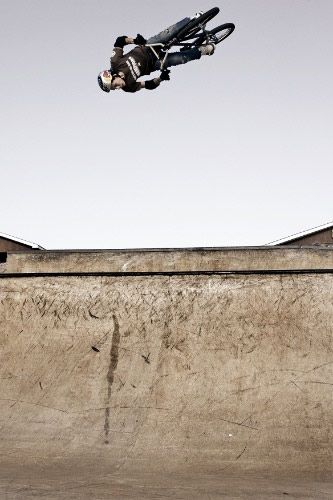 Which countries have you visited in the last 6 months?
Daniel Dhers: I've been to Argentina, Venezuela, Estonia, Russia, Cuba and the States.

Is it fair to say that you have become the person you are because of riding a BMX bike?
Daniel Dhers: I think it has been a big part of my life but also traveling has built me as a person. 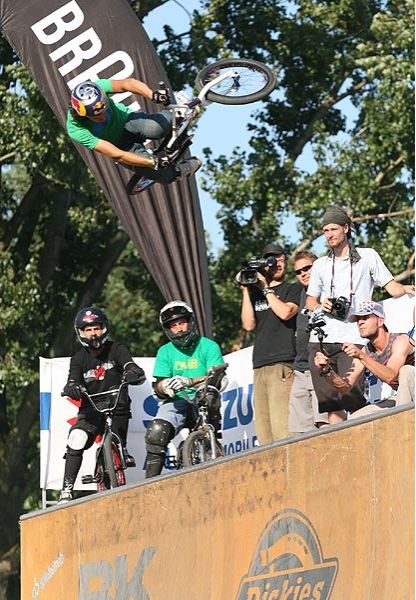 Describe the situation in Venezuela before you left for the USA for the first time?
Daniel Dhers: No Skateparks, my friend had a 4 ft box jump and a 5 ft quarter we use to ride every night but the ceiling was so low we sometimes would hit it. Street wise there probably was more stuff to ride than now but I was a little kid and sometimes I wouldn't venture into some areas because of the fear of getting robbed. 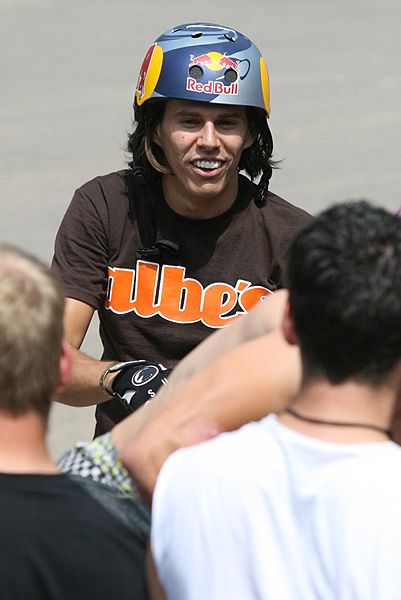 Was it hard to get BMX parts?
Daniel Dhers: Yeah, we could only get GT, Primo or Haro parts but they were very expensive and sometimes not even top of the line stuff, one of my friends sometimes ordered stuff from the States and we'd try to order some stuff as well. 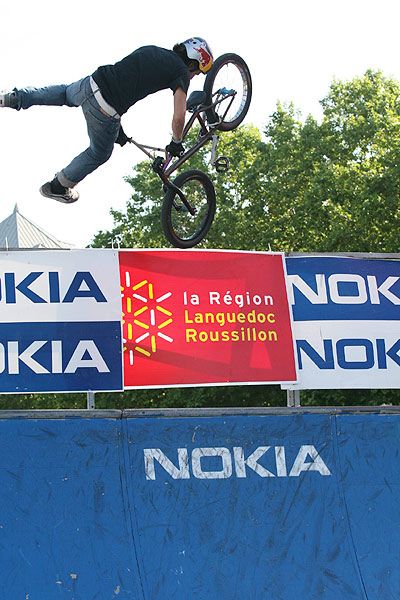 Did you have a BMX posse in Venezuela that you always rode with?
Daniel Dhers: Yeah but the crew changed through the time, I went through a time where I would ride by myself at the skatepark (not even skaters or roller booters were at the place) and then it picked up again before I started to come here, I had a couple of good friends I would ride every single day with. 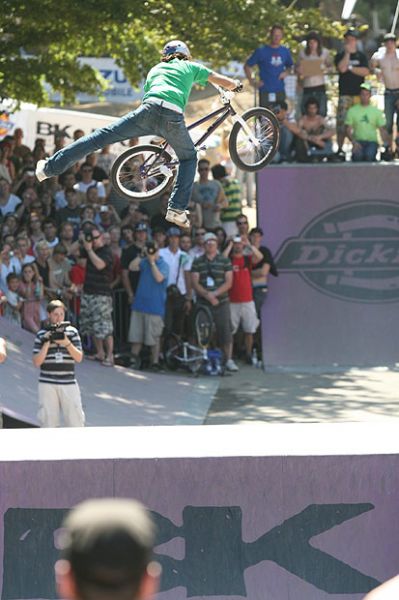 Did you always have a goal to make it as a BMX pro or were there possibilities (work-wise) in Venezuela in case the PRO BMX job didn't work out?
Daniel Dhers: I always dreamed to be a pro rider but I never thought it would work until '06, my dad told me he wanted me to do more work and less riding so I told him if the '06 season didn't work out I was coming back and not ride as much anymore and concentrate on work, so I'm glad riding ended up working out. 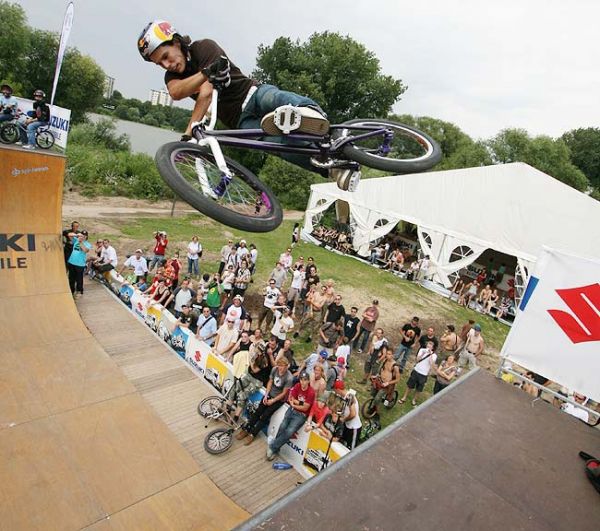 All of a sudden you're winning contests, get sponsored, fly to different places, pick up a manager... When was the moment that you thought that maybe everything could work out?
Daniel Dhers: In '06 I thought I got lucky with the season but then in '07 everything went even better so I think after X Games I knew everything was gonna work out to my favor as long as I'm committed to my riding. 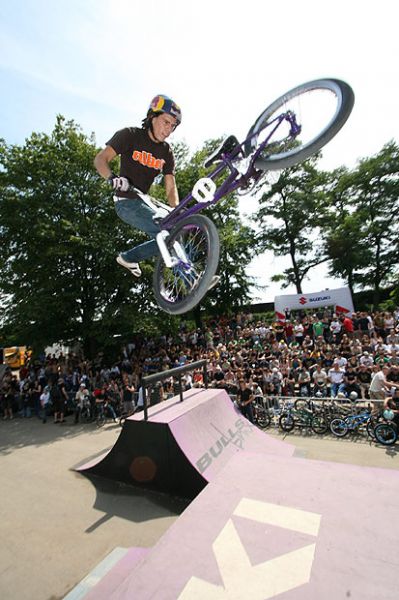 Has the person Daniel Dhers changed?
Daniel Dhers: I feel like the same kid as always but I know I have matured a lot and I had to make sacrifices to do what I like to do and I know that has changed me in certain ways but I'm pretty sure it has been for good.

Riding at Woodward with other pros has done a lot of good things to your riding. Is Woodward the ultimate place to go to if you want to get better?
Daniel Dhers: Definitely, there's nothing around Woodward but ramps, you pretty much eat there, sleep there and do nothing else but ride, they have every setup you can imagine and the people here is awesome to ride with and now with the new 6 ft Resi box, Foam, Quarter to foam and resi spine it is even better but hey you didn't hear about the new modifications from me.... 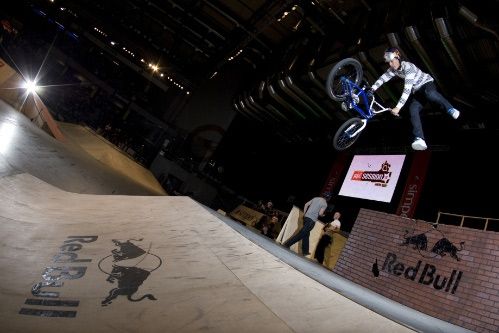 I just received a French magazine (Desillusion) which has a two page Daniel Dhers spread in it. Does this happen often that you open up a random magazine and see your face in it?
Daniel Dhers: It doesn't really happen often but when it does I get very excited, I always wanted to be in magazines and not long ago I was doing a photo shoot and one of my best friends happen to be there and he told me "Hey remember when you were wondering what you had to do to be in a magazine?" so I really appreciate when I get any coverage. 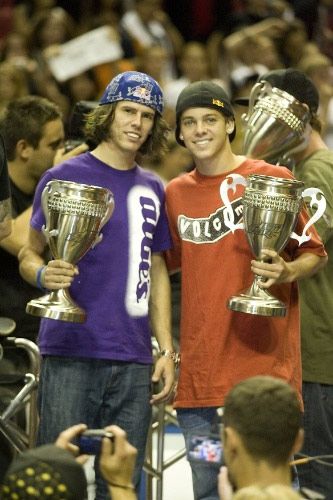 Have you picked up a bike sponsor, shoe sponsor or clothing sponsor in the meantime?
Daniel Dhers: No bike sponsor yet, I talked to some people but they either seemed too shady or I didn't like their products, I'm not going to support a brand I don't believe in you know?, so for bikes I get my stuff from Albe's and Mirraco right now. As for Shoe and Clothing I just got on DC so I'm very excited and happy to be somewhere I'm respected and one of my dream sponsors of all time.

How good is it to be able to pick whatever product you want?
Daniel Dhers: It is awesome, I used to settle down for my 2nd or 3rd choice and now I can just get exactly what  want. 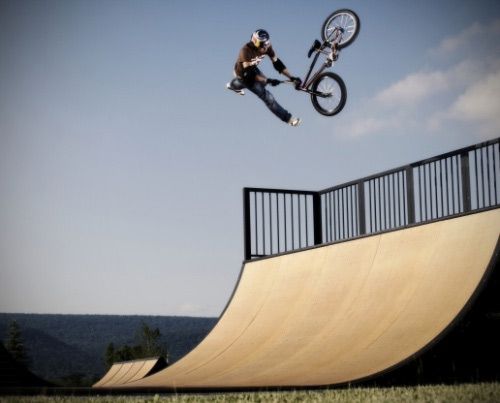 How much does your bike weigh?
Daniel Dhers: I haven't weighed it in a while, it was 21.1 when I went through an anorexic stage but it went away and now is back, my next bike should be around mid 20's

Any new colour in the works?
Daniel Dhers: Yeah, you'll see it soon ;) 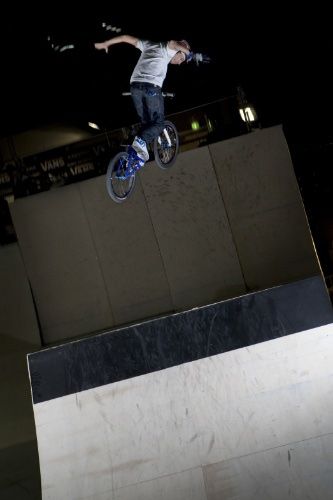 Defending your Dew tour park title must be on top of your priority list. But do you have plans to come to Europe this summer for any events?
Daniel Dhers: Yeah BMX Masters for sure, it was my favorite contest last year so I'm looking forward to go again, besides that I went to Estonia for Simpel Session in January and I might go to FISE but I still have to figure some stuff out, I would also like to do that contest where you go head to head with the riders ( I don't remember the name, sorry)

Thanks for your time Daniel. Any people you'd like to thank?
Daniel Dhers: My Family, my friends, Girlfriend Barrett, Woodward people, everyone from Red Bull, Eric and Sean from DC, Jarka at POC Helmets, Flip, John and Turbo (Thanks for lacing my wheels) from Albe's, Tom and Nate from Team Blowin' it, Dave and Sean for the Mirraco Stuff and everyone that has believed in me.