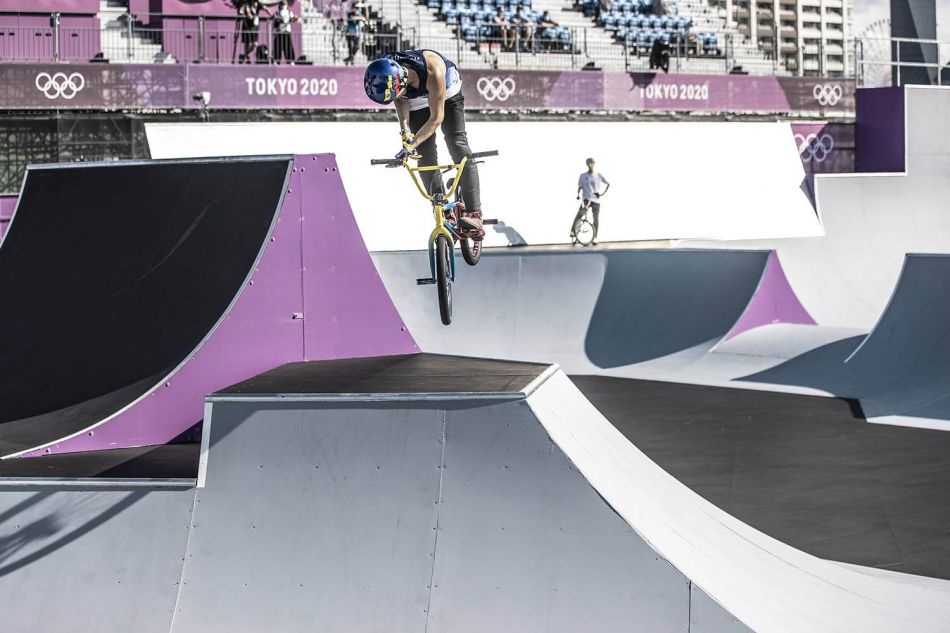 The Venezuelan rider discusses his ability to strategise and adapt, and his desire to help those around him. At 36, Daniel Dhers has shown a remarkable ability to adapt as freestyle BMX grew over the past decades. Finding new winning strategies has kept him at the top of the sport for over 20 years. We sat down to discuss how that allowed him to clinch a silver medal on the biggest sporting stage of all in Tokyo.

Being a veteran of the sport, what was your strategy facing the younger athletes during the competition?
Daniel Dhers: I think the best thing about my age is the experience and being able to understand how to set up a strategy. It's something that's always attracted me. I think that's why I've always liked chess,

because there are loads of things you can do to try to win. 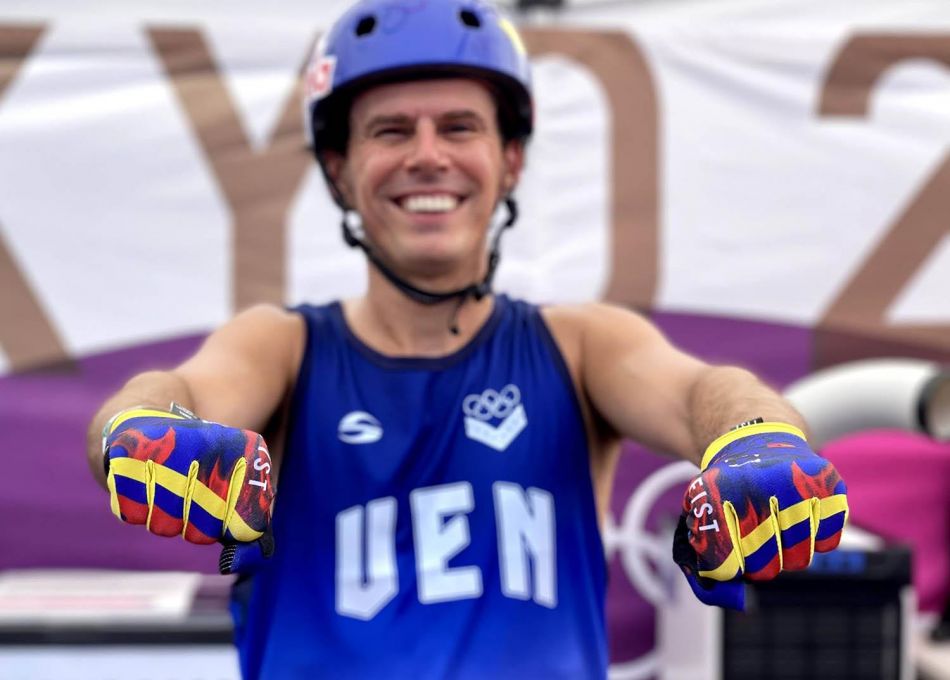 Coming from Venezuela, where everything is chaotic and difficult, you'd go out in the streets with an attitude. I think that helped me in terms of competition in the first half of my career.

So the way you approach your sport, the way you tackle an event - that has changed over time?
Daniel Dhers:  I used to be intimidating, but now I'm the oldest in the circuit, competing against 18-year-olds. In Venezuela, we say: 'old dogs bark lying down'. That's what I do now – I train calm and then on the day of the competition, I go out there like the devil is chasing me."

Have your motivations changed, too?
Daniel Dhers:  In my first years, my motivation was to gain recognition. In my first five or six years, I wanted to win. Then, I wanted to prove that I could do it again. Time goes by and I'm not the same guy as I was early on, I've become a guide for the new generation. It's another aspect of being a professional. 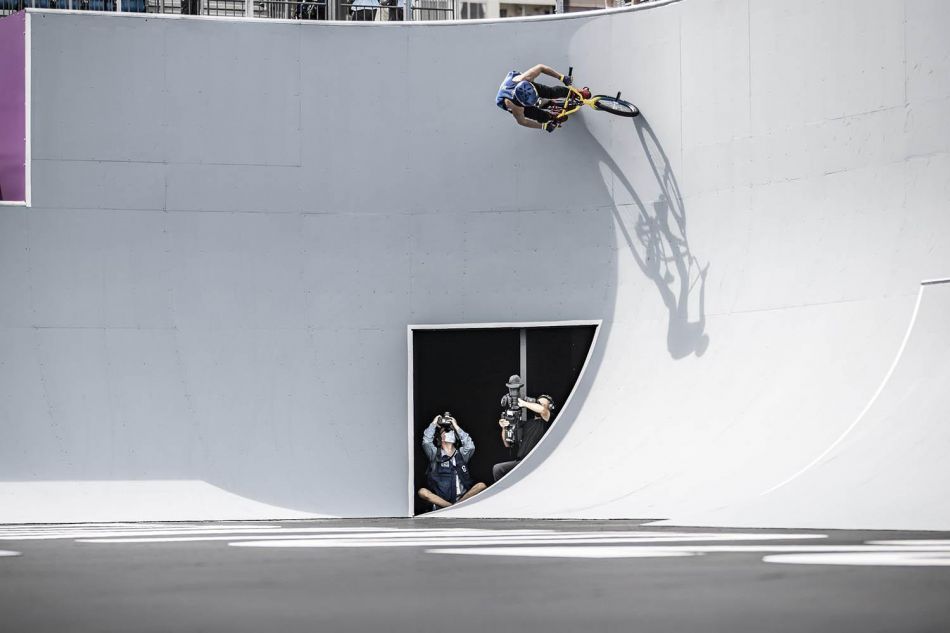 I have a lot of information. I went down a path and what I can give new generations is the information about how to get there and how to achieve things that I achieved, because I also got advice and also because I found the way accidentally. I think this is the minimum I could do for the new generation. At the end of the day, this is what makes the sport improve.

You have a bike park in North Carolina where several athletes competing in Tokyo trained, including bronze medallist Nikita Ducarroz. How did that come about?
Daniel Dhers:  In BMX there's a lot of camaraderie. I want to continue supporting new generations, because it'd be selfish to keep all that information to myself. I want the rest of the riders to grow. 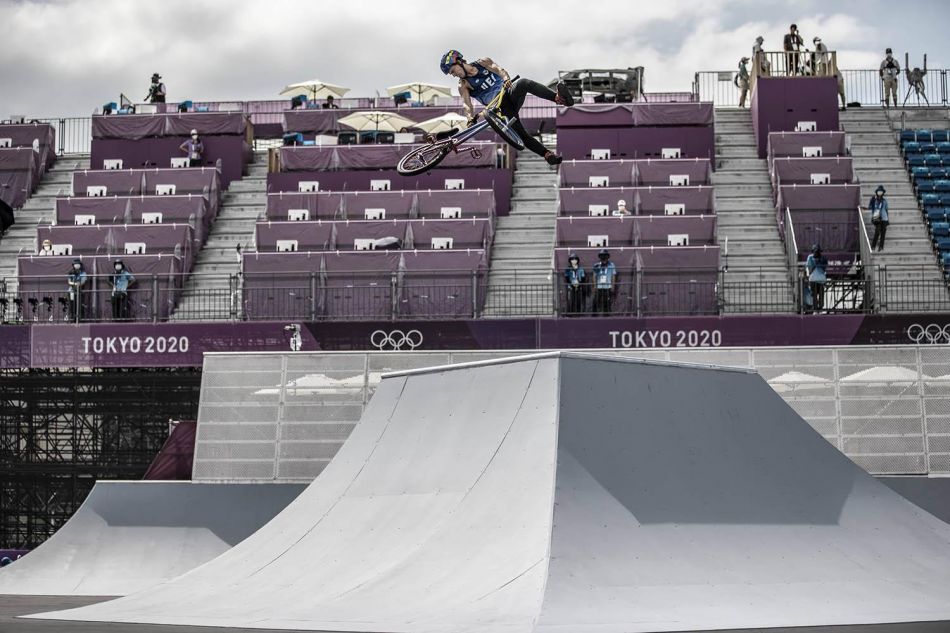 I help train a lot of people, indirectly. For example, with the girls who train in my park, I'm always pushing them to improve their technique, to learn new tricks, to answer and solve questions. For me, it was beautiful to see them reach the show, to see them at the final exam.

To be professional doesn't just mean that you're good on the bike. It means being a good person, knowing how to communicate and thinking about the impact you could have. You could become a hero and you have to think about society, and be an ambassador for your country. It's a whole package.

What's in store for you in the future? Are you interested in competing again in Paris?
Daniel Dhers:  I have three years and I think I could get there. To win once is easy. The difficult thing is to keep being successful over the years. This requires staying focused for a long time.

The most flexible person wins – not the strongest, but the one who adapts best to change. That's what this is about. Your rivals change, the competition changes and you need to adapt.

By Red Bull
Photos by Naoki/BdJ