What's this Red Bull Featured all about? Catching up with Bas Keep. By BdJ 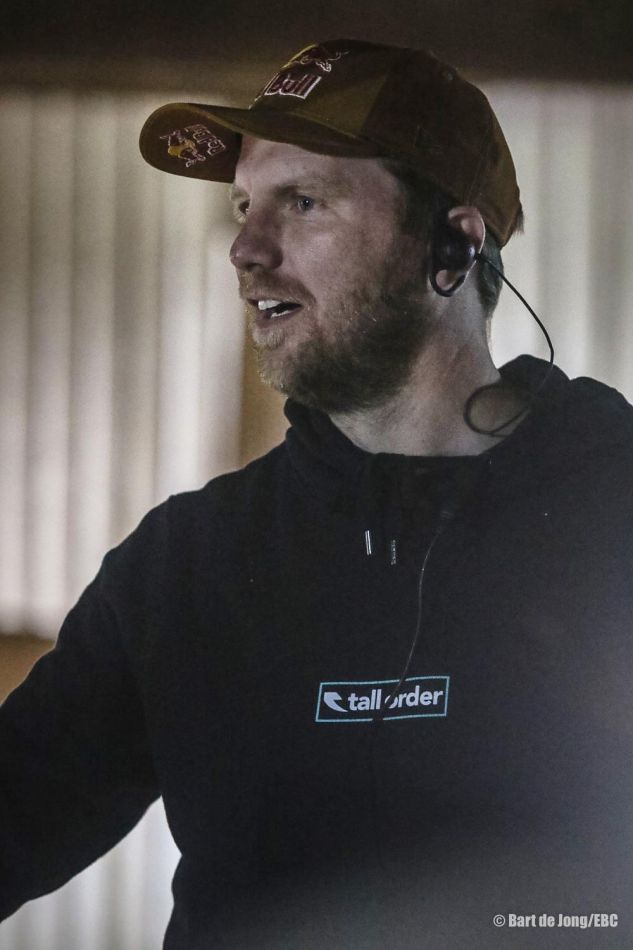 Right before the Red Bull Featured pilot started, we caught up with Bas Keep about the competition concept he had been thinking about to change things up from what is currently out there. Welcome to Red Bull Featured, a BMX Freestyle (Park) event with different Rounds leading towards an overall winner at the end of the day where the limits are pushed. The idea is to bring new tricks and smiles on everyone’s faces, especially those of the riders. We put the Dictaphone on at The Mill at the DYFI park in Wales and here’s what we ended up with to explain the competition some more.

FATBMX: To start this off, why here? How did you find this place?
Bas Keep: Haha, the idea is to test the event, and we have a good relationship with The Atherton’s, so we were able to test the event in their barn instead of testing it in front of a large crowd.

FATBMX: It’s an amazing place.
Bas Keep: I love this place. They own the mountain. Dan Atherton is the hardest working man in the world. He can’t stop building. They’re awesome people to be around with. It’s a good vibe this week with the Red Bull MTB DH summit taking place at the same time.

FATBMX: So we understand this Red Bull Featured ramp set-up will be packed up after the pilot, correct? 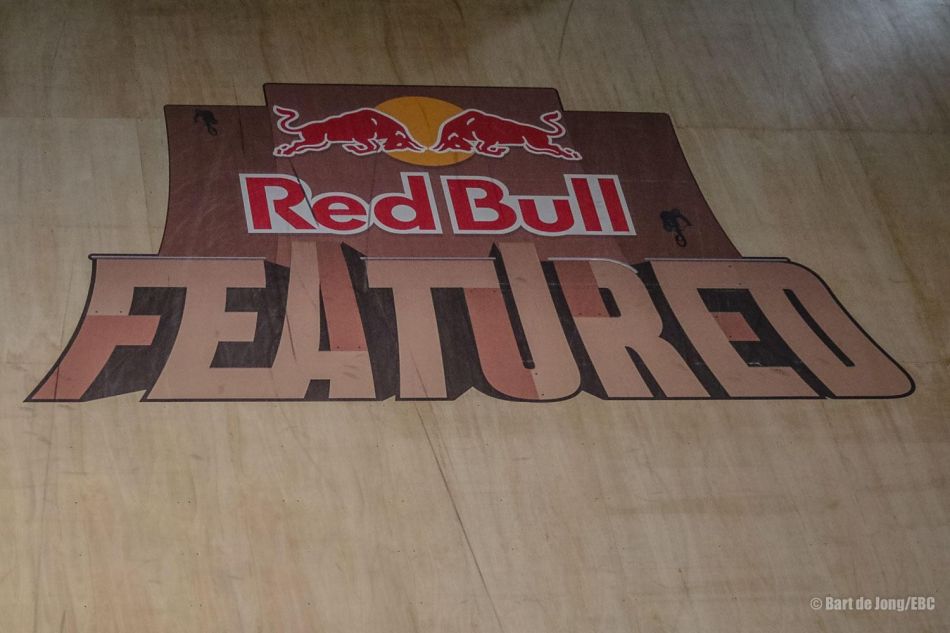 Bas Keep: This is a test event and the idea is that this is just the test event venue too. Hopefully we’re going to take the event to something like central London or a glamorous location next year.

FATBMX: For next year’s event, do you plan on having international riders be part of the comp? Can people qualify for it somewhere maybe?
Bas Keep: No, it will be invitation and the idea is that hopefully we will have 20 riders next year. We really want to make an event that riders really want to go to and it feels like a privilege to be invited, a bit like the X-Games. 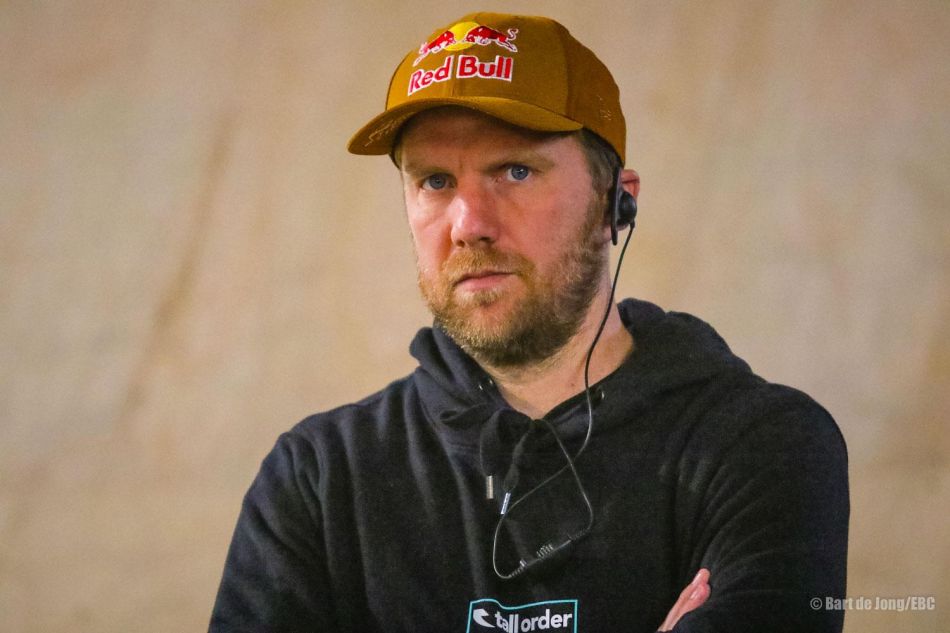 FATBMX: Will the focus be on riders who want to take riding to the next level?
Bas Keep: Just key, prominent figures in the sport, carefully handpicked, judged on how they are doing throughout the year and where they’re at. We’ll take definitely some time to pick the top 20 guys.

FATBMX: Could you explain the concept in short?
Bas Keep: So we’re testing it with 4 Rounds. The main idea of the contest is to create a format which doesn’t penalize a rider for falling during the time. In a run format it is very much judged on the 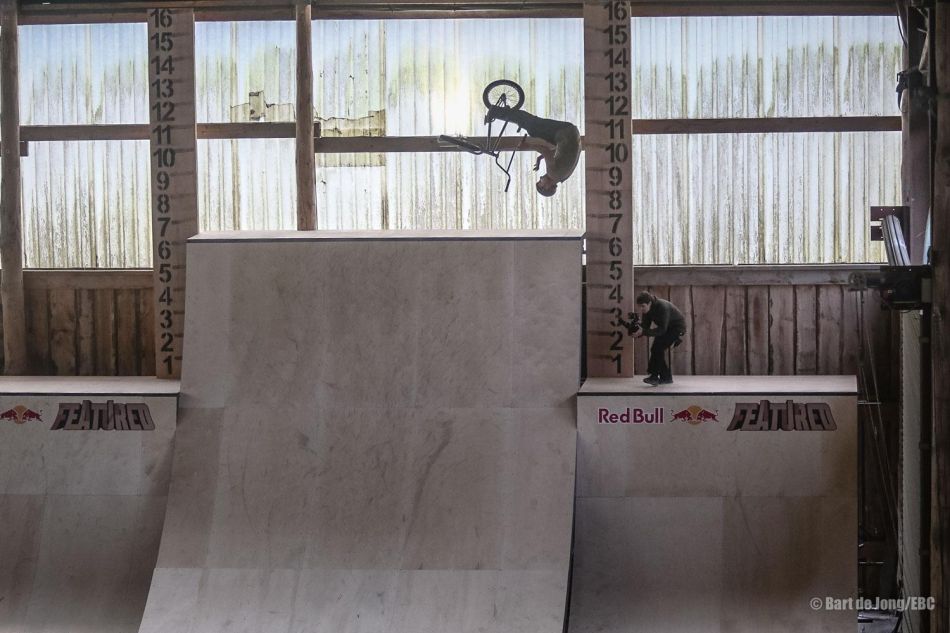 completion of an entirely pulled run over 60 seconds whereas this is a set time and you got as many attempts as you can get in that time to try a trick you’re trying and you’re not penalized for crashes so it rewards riders for trying something new that they might not be able to pull first go, as long as they can do it within the 15-20 minute time slot they’ll get points for it. 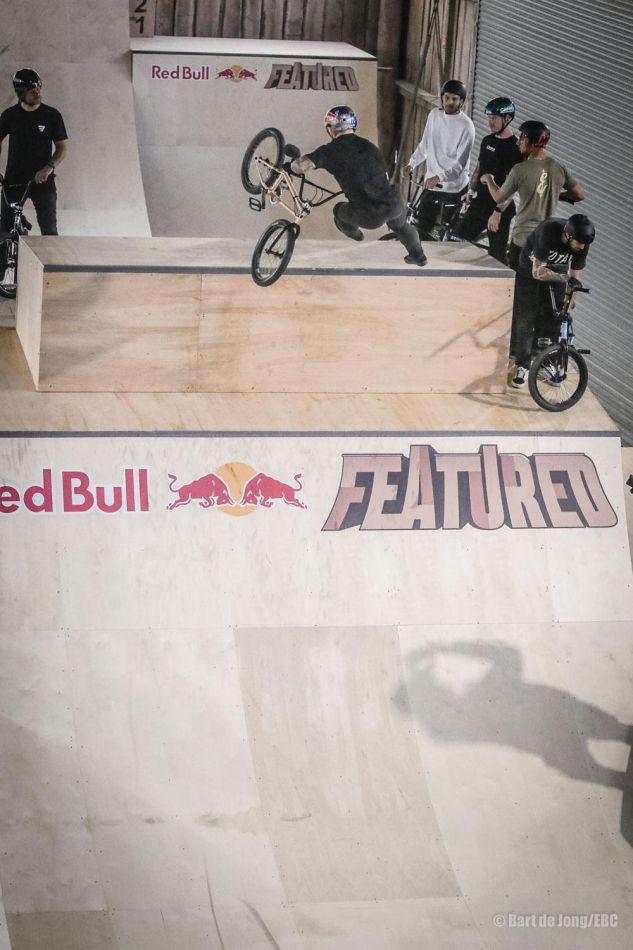 FATBMX: The set-up that’s here now, can it be changed for future events if this concept becomes a multi stop series?
Bas Keep: The idea is to take the very basic elements of a park course and make them as best as they can possibly be. There are not too many elements to a park course really, there’s the box jump, a quarter pipe, and there might be a spine or sub box and then a wallride possibly. People want to jump a box or a spine and then they want to air. If a rider thinks my dream trick is a triple flair, they might get to a contest and say that the ramps aren’t built for it. We want to build the best of the best so the riders can bring their best tricks. For me riders are in the entertainment industry, that’s what we’re here to do, entertain the crowds and I’m very much thinking how we can make a format that is entertaining for general people to watch. 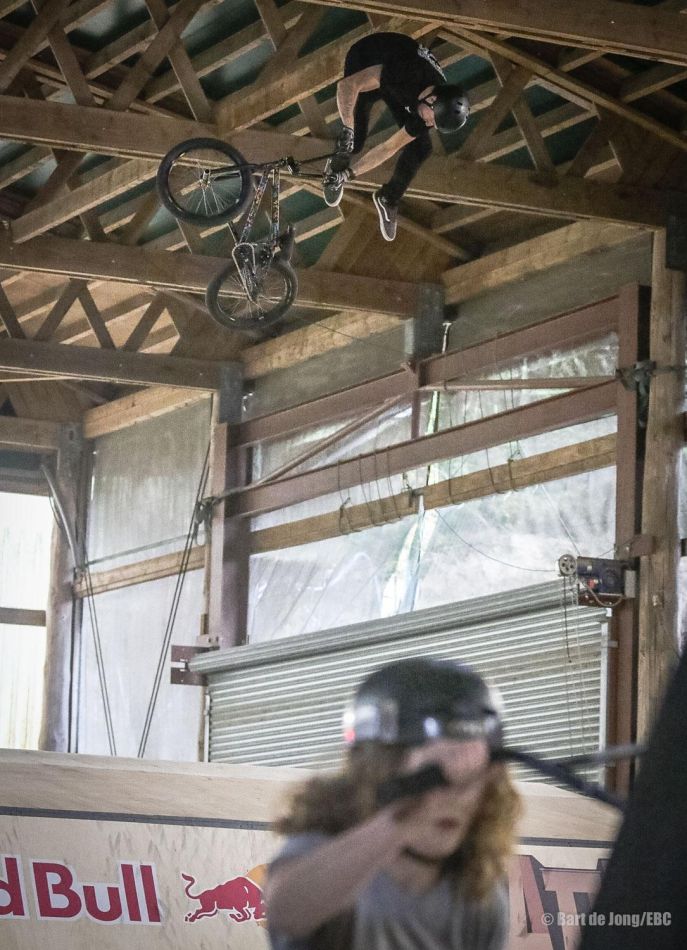 FATBMX: Is there a reason why there is no resi?
Bas Keep: There was talk of having resi but you end up being Nitro Circus. Kieran Reilly said he didn’t want a technical Round, and I said we have to be careful then because we don’t just want an hour full of spins, spins and spins. We want to have someone like Tom Dugan do the high air comp and do really well, and then a Dave Osato or really technical rider to gain some points in that round. In a one-minute run format some of those really beautiful technical tricks, like a double whip to footjam, they can’t be done because it’s too risky for a 1-minute run but they are beautiful tricks and we can’t leave them out of our sport. That’s why we have different rounds for different riders to shine.

FATBMX: Good luck with the pilot Bas!
Bas Keep: I’m a rider and I love the 1-minute run format and I loved riding in that and it’s good fun because you get to really work something out for the 60-second run, so it’s not like we’re trying to say that it doesn’t work, but we want to do something that is pushing the sport. One more thing I’d like to add is that in the future I’d like to add one more round which rewards lines and flow because I do think that’s important. We don’t want to just be doing single tricks because there’s an aspect to BMX that is flow and lines.