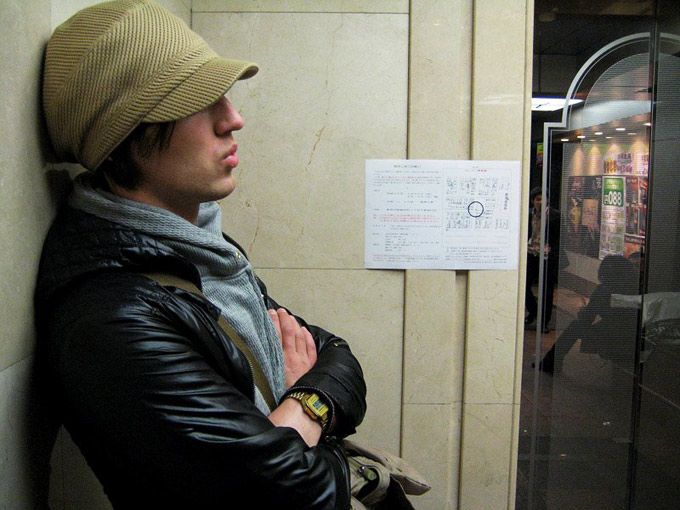 -How many Simpel Sessions have you put on before?
Risto: It's our 9th year. We started in 2000. It's gonna be our 6th event in Tallinn in the wintertime. And before that we did 4 events in Tartu in the summertime. In addition to that we put on a decent qualifying event last summer in Tallinn and a year before we did summer qualifying tour in 3 cities. So altogether it's been 13 Simpel Session events and 10 big ones.

-At some point you said it was going to be the last one, what 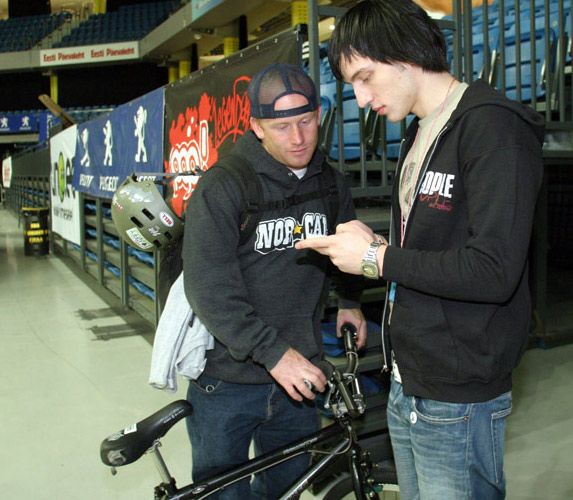 made you decide to continue?
Risto: That was just after our 2006th event. I just had other things in my life that needed more time and more concentration (still have, hehe). But that wasn't the main reason. One reason was that we thought we had pretty much reached the maximum level that there is to achieve for the event happening in a place such as Estonia and in wintertime. I mean the event was great, had lots of spectators and riders such as Nyquist, Harrington, Cooke etc. and skaters as Salabanzi, Boulala, Mike V etc. So it was top event in all means but it wasn't the best event in the world. Then we got more positive feedback and realized we could really make Simpel Session the best event out there. That was enough of a motivation to continue. Other thing that was an aspect of quitting was a a bit stressful situation with designing the course. It's just really difficult to design a good and innovative course for BMX and skateboards in the same time. 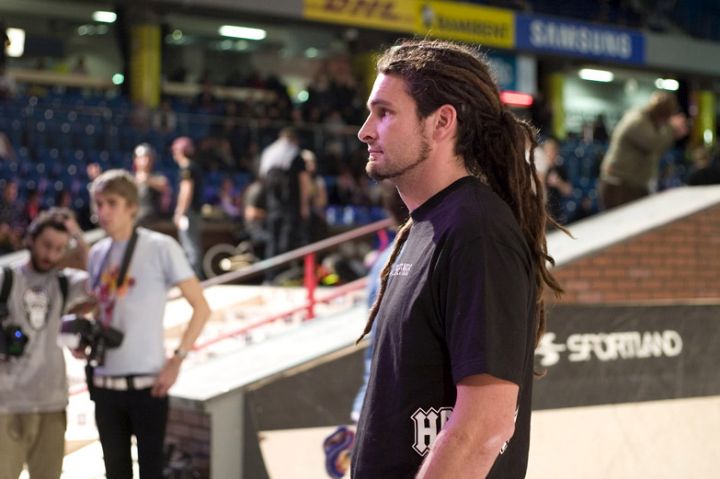 But then we got Nate Wessel on the job and that was immediately a lot of stress off our shoulders and I was sure from the beginning that our courses will be top quality and innovative design. The building was never a problem for us and now with working on the design together with Nate that part of the event was perfect too. In the last two years people have been really psyched on our courses, both skaters and BMXers. I think that's something very rarely happens with a skatepark that is meant for using for more than one discipline. But you can never tell when it will be the last one! With the current world-wide economic situation year 2010 might be very well no event, so pack your things and get your ticket here while you can to get the Simpel Session experience! 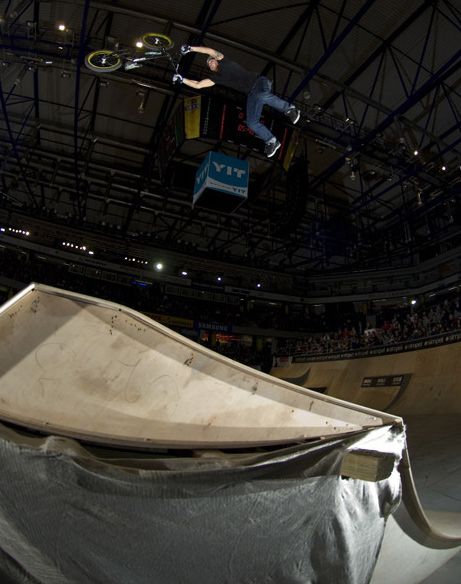 -Can you give an indication how hard it is to set up an event like this?
Risto: That's quite difficult to answer. I guess that depends how much heart you put into it, how big you let things to grow and how much you're into details. Everyone who has done any sort of events knows that an event on this caliber is a shitload of work. It's hard but fun too. 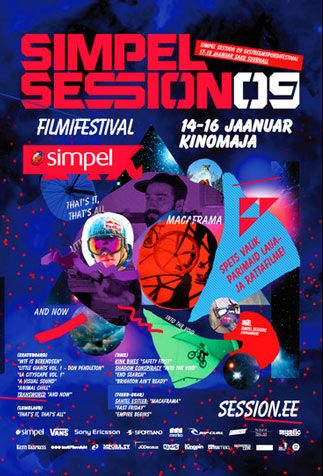 -It is not only the contest why people come to Tallinn, the party life and the film festival is part of it too. Is the town supportive to welcome the BMX and skate community?
Risto: The town is really supportive. We always had very good relationship with the city and cultural ministry, even back then when we were in Tartu. For example we open the event course for everyone to ride after the event and this is supported by the city. This year we want to open the park for 2 days instead of 1, so everyone can try it out. Tallinn will be European Cultural Capital in the year of 2011 and they even designed a special ad for us which says their attitude. People here are waiting for the event whole year. It really makes one crazy week and city full of BMXers and skateboarders. I think it's quite visible in the city that something is going on. 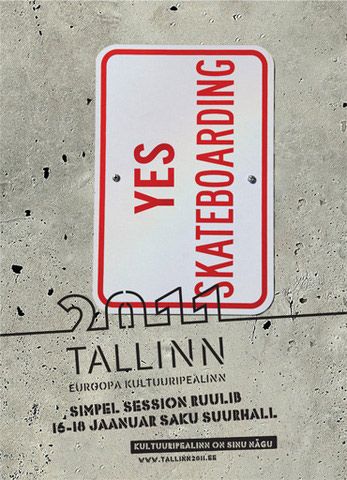 Even with our hard winter weather and lack of street riding options around that time of the year. Of course there could also exist some downsides in the hospitality as I heard last year some cafeterias close to the hotel didn't let riders in but that was after a bunch of loose BMXers had fucked up the place a night before. Hehe. I guess that's just part of the scene when nearly a thousand foreign riders and skaters hit the town. Hehe. But yeah, I think everyone in the city is stoked on the event. They realize it's not a small thing to have in a city such as Tallinn. It literally has put Estonia and even the whole region on the world map of BMX and skateboarding. Some key people in the city and government has started to welcome BMX and skateboarding as a culture and it's a good thing. This is also something we have been trying to do with Sahtel magazine - to show BMX and skating in the context of art and culture in order for people to realize there's more to it. The scene isn't so big here because it's a sm 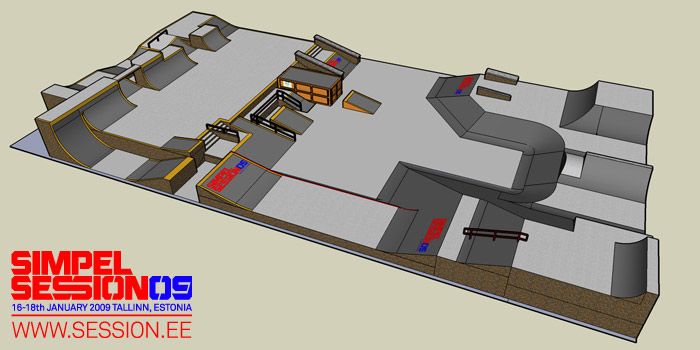 all country and in order to do bigger things right we need to get other people involved or at least understand the culture. We also do the film festival for one hand to just show riders the newest and best films and have something more to do in the Simpel Session week but on the other hand we do it to show people that BMX is more than just contest or sport, it's a lifestyle full of creativity. 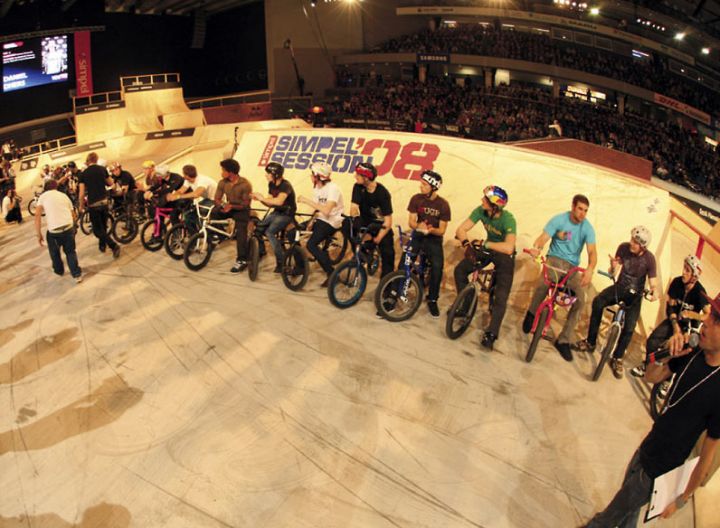 -How amazing does it feel to have all these pro riders come to your town in January for the contest?
Risto: It still feels really amazing! 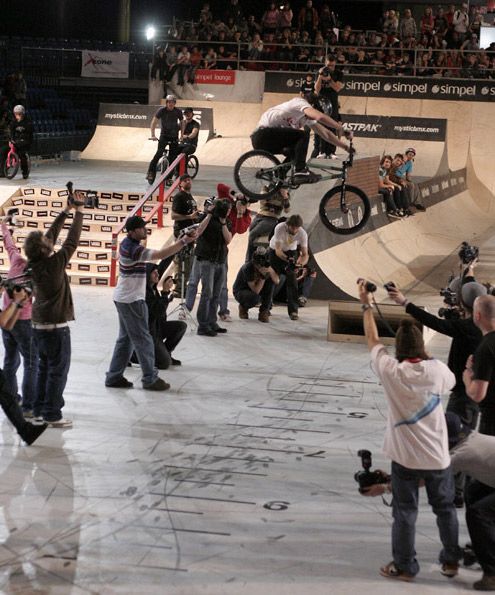 -Are you sending updates to Nate Wessel on the development of the course?
Risto: No, actually we're not. Our crew has so much experience and they're really dialled in building the course, so there's no need. They pull the job off without further indications from Nate. We have always worked by ourselves and Nate pretty much flies in for the event to chill out and maybe help out here and there if he feels like it.

-When is he flying in?
Risto: He was gonna fly in the first days of the contest week as he has done for the past two years. But 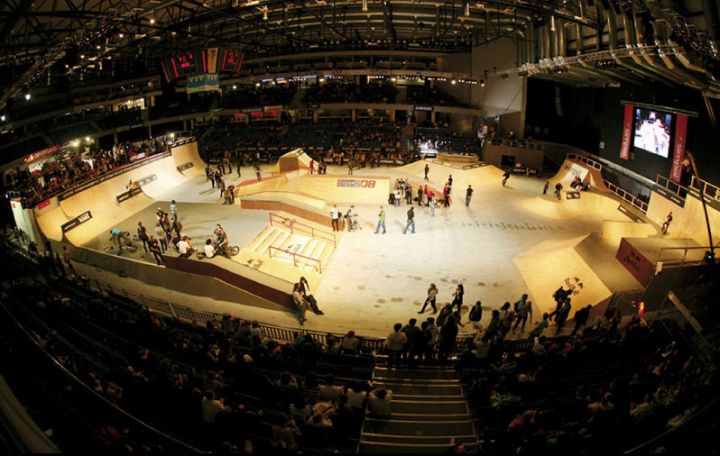 he's not gonna make it this year. He's building a crazy project called Woodward at Coper and he's 4 weeks behind schedule, so he has to work his ass off over there. He's really bummed he cannot make it though, But no worries, the course will be just as good as in the last years. The course has been always built by our own guys and we flew Nate in just because he wanted to come. He didn't do much building in the past two years too. We pretty much had everything ready when he arrived and he just helped a little bit when the time was short. 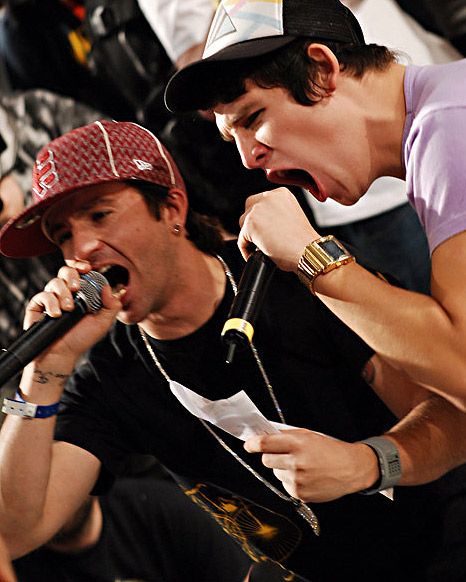 -With so many riders wanting to ride the contest, how hard is it to turn people down?
Risto: That really sucks. Most probably the crappiest thing I have to do while doing this contest. But there's no choice. I couldn't put up with an event that is 5 days long. If I count film festival and open days in then its already long enough.

-Is the contest set-up the same as previous years?
Risto: Yeah, it's pretty much set up as previous years. We have park or street or whatever you want to call it and then we have best trick. We did high air and 180 long jump last years as extra events. They were scary and fun but we thought it's about time to return to the best trick for this years edition. There are really cool places for best trick in this years course. Ah and I guess what has changed for this year is that the course is a bit more streetish this year. Just to mix things up. 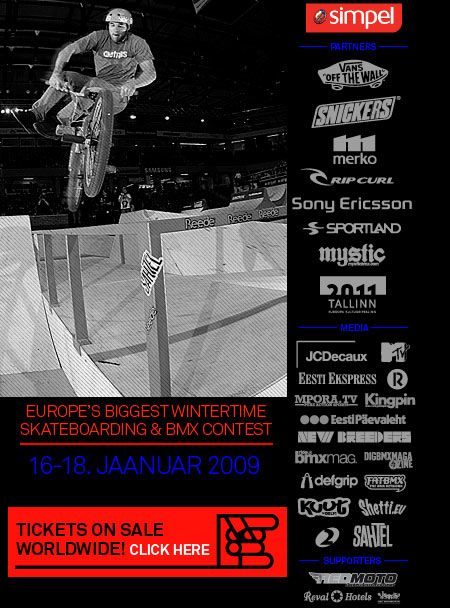 -The place had been sold out before, any idea how this year will look?
Risto: Yeah, we sold out in 2007 and last year it was also quite close to that. But I have no idea yet how it will go this time. I never do. Especially with the current economic down-turn it's difficult to predict things. But considering all the aspects and facts I think the last contest was more popular and positively hyped up than ever before, so I don't think the amount of spectators will disappoint this time too. We have worked hard to make it new and better again and hopefully we'll succeed and people have a good time.

-Thanks Risto see you soon.
Risto: Thanks Bart!