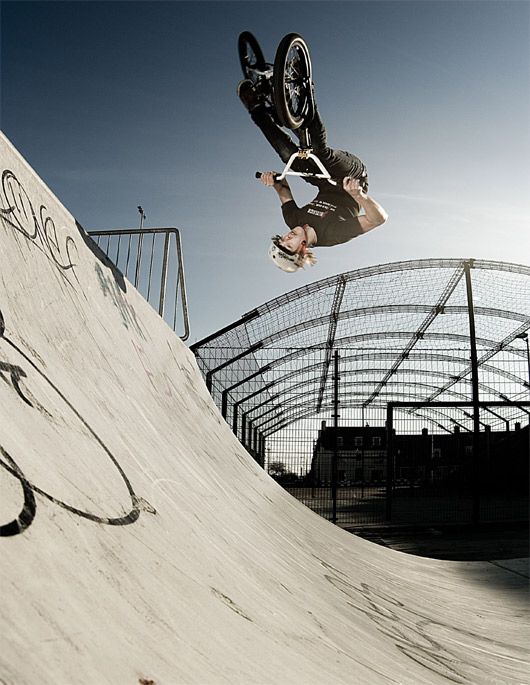 Who got you into riding BMX?
Nicky: Kees Schelfhout and Jermaine Pronk. Two friends of mine who told me to drop my old MTB-bike, because they had a cool complete Dragonfly and complete Haro bike. And I wanted that too! So after a while my mom bought me a cool grey Dragonfly for passage. YEAH. And that's how I got into BMX. And everyday I rode more with different people having more fun everyday I get more enjoyed and that's the reason why I still ride BMX, I LOVE IT.

When was this?
Nicky: Approximately 4 years ago.
Read more
Interviews 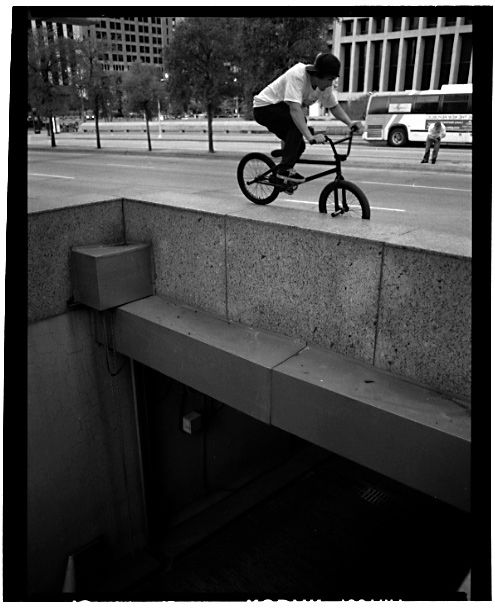 Have you lived in Vegas all your life?
Yep

I just hung out with you in Vegas and no matter where we were or what time of the day it was you seemed to run into someone you know. How do you know so many people?
Um I’m not sure….there could be a few reasons behind that one. This might be the best way to explain it… From about 8th grade I had 2 sets of friends, Friends that I had grown up with from grade school and than my new friends that were older and rode bikes.
Read more
Interviews 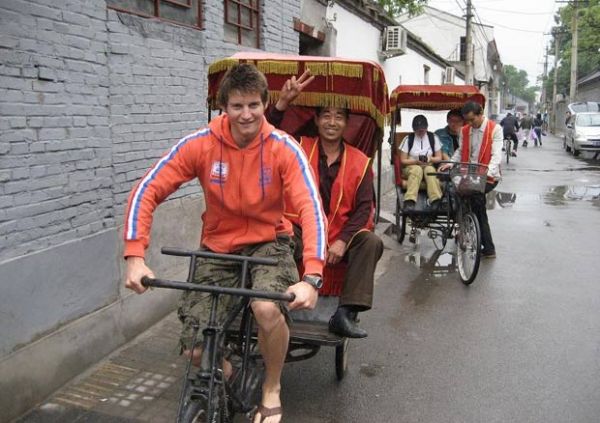 Congratulations on the spot in the Dutch team going to the Olympics. Is it a big relief for you?
Read more
Interviews 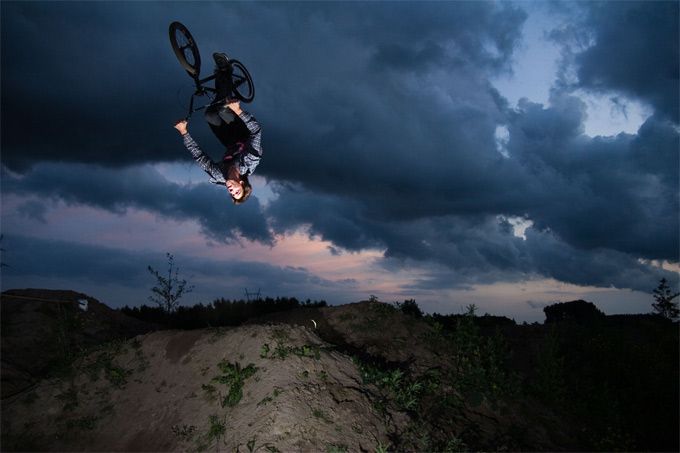 Your background is BMX racing, what was the moment that you decided to stop racing and enjoy dirt jumpin/freestyle?
Bart Mol: When it went to serious for me. I had to train every day
Read more
Interviews 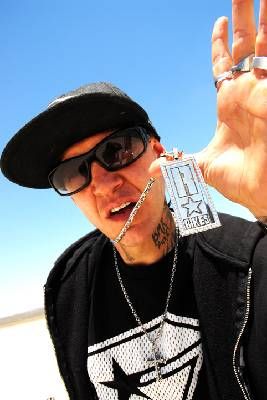 The air was thick with humidity to the point it felt like you had asthma with each step you took. During the entire day, there was noise, music, and flying skate boards everywhere. This was the best way to sum 2008’s Vans Warped Tour stop in Indianapolis. I had just finished up PBR number 2 when Rick Thorne had got off the mini ramp. He was breathing hard and commenting about how hot it was. I asked him if he wanted to do an interview and he was cool with it. He just wanted to sit in front of the fan for a minute to cool off. As he chilled, I looked around to find some paper, but had not luck. Then I saw a PBR (Pabst Blue Ribbon Beer) box lying on the ground. I guess it will work in a pinch. There was a stage to the right, one in front off to the distance, and one directly on the left side of us. We had to yell at each other to communicate. To solve the problem, we headed into a semi trailer to cut down on the noise.

The noise was a little better, but the heat had gotten even worse. The trailer was sitting in the sun and baking us like grandma’s
Read more
Interviews 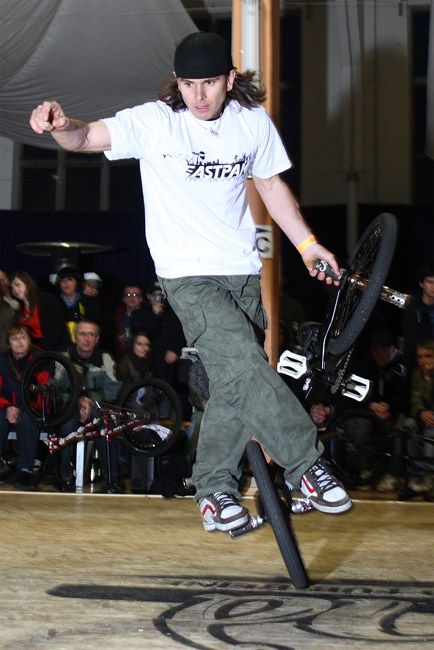 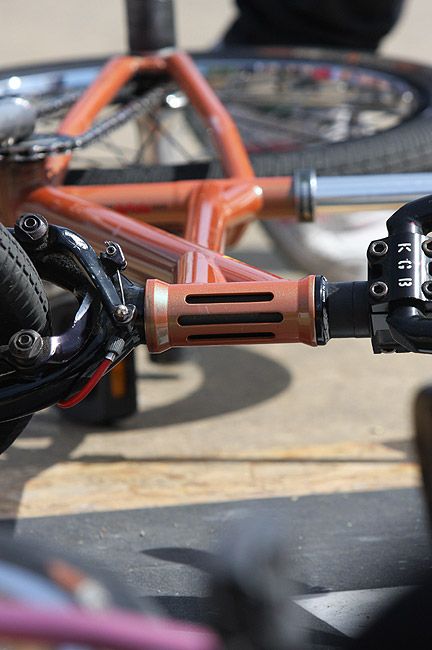 Getting organized is tough to do, but BMX flatland has their own organization. We checked in with Flatland guru Yasuyuki Takeo who is involved with the BFWC.

There is some structure in flatland in the way of the BMX Flatland world circuit. Can you explain what the BFWC does?
Yasu: BFWC was established to represent Flatland more professional and worldwide.

How many contests have been organized under the BFWC umbrella?
Yasu: Currently BFWC is consist of 3 contests, Voodoo Jam (USA), Suzuki BMX Masters( Germany ) and King of Ground (Japan)

Do riders have to become a member of the BFWC to compete in the BFWC?
Yasu: We don't have membership so far, so anyone can join a
Read more
Interviews 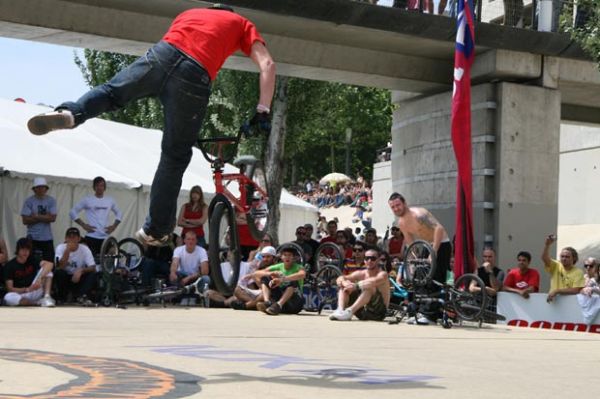 Do you ride flatland much?
Mike Spinner: When I'm in front of my house, or I'm in a parking lot with a bunch of my friends.
Read more
Interviews

Red Bull's take on the Circle Of Balance through Andy Zeiss 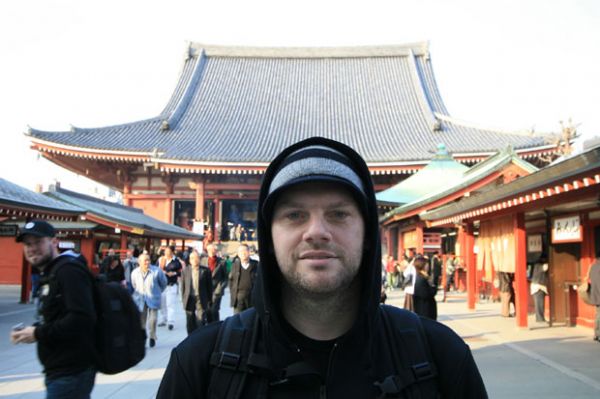 The Red Bull Circle Of Balance events have been the highlight for many flatland riders. We caught up with Andy Zeiss who has been strongly involved with the events as Red Bull's BMX man.

The Red Bull Circle Of Balance events have been THE events for flatland riders to look out for. How many have taken place and where were they held?
Andy Zeiss: In total we had three COB´s in the past. 2002 and 2004
Read more
Interviews 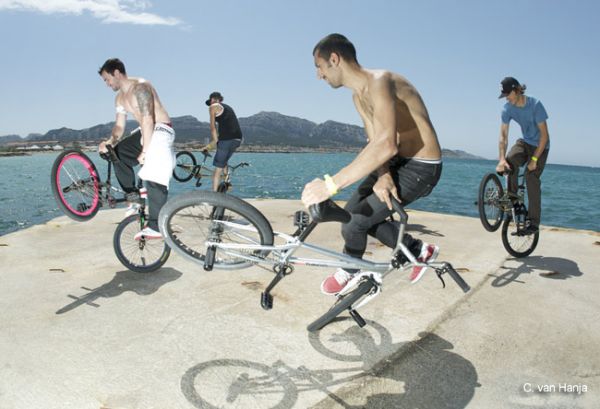 You have been involved with flatland riding for many years. What keeps you motivated to ride your bike after all those years?
Read more
Page 257 of 273