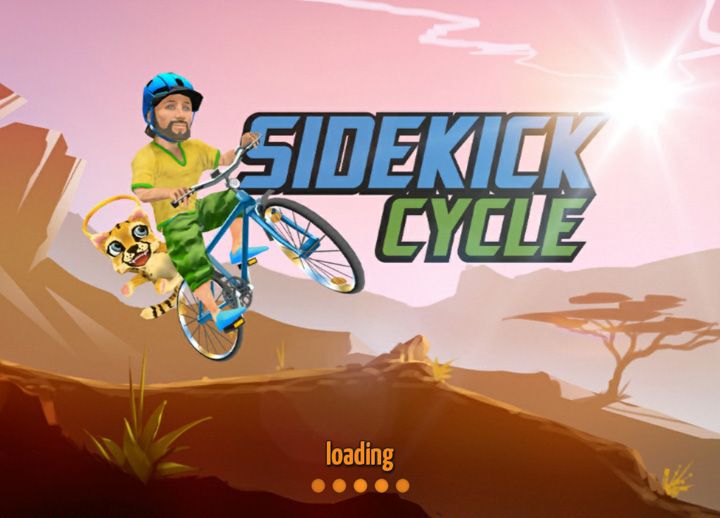 FATBMX Kids received a code and were asked to test a video game. Philip got to work(!?) and checked what Sidekick Cycle was all about. "In the beginning it was a tough game because you have to jump at the right moment. The second time it gets easier because you know where to jump and what buttons to use. The game is not very spectacular if you want to do tricks. The only trick I can do is backflips. The double loop is hard. You need to win points to buy the BMX clothing or a BMX bike. The graphics look cheap kind of but the game is rather cool anyway." 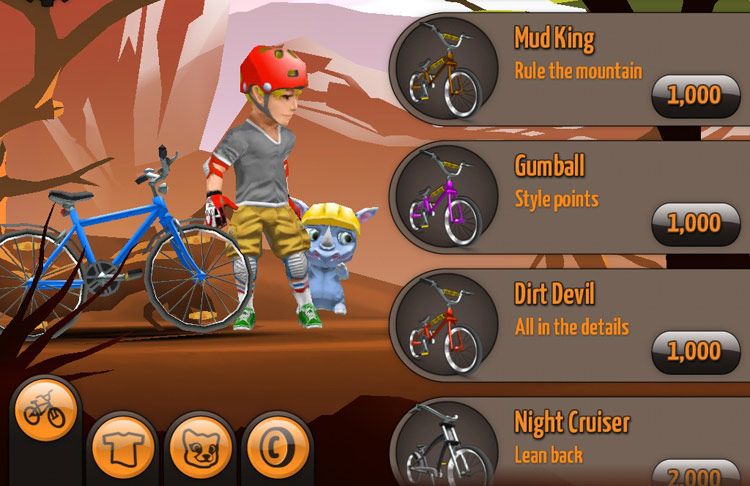 And they’re off! Sidekick Cycle, the inaugural mobile game from Global Gaming Initiative, is now available for download on iOS platforms. The title marks the beginning of GGI’s mission to build gaming experiences that connect digital-world customers to real-world causes. For every 387 downloads of Sidekick Cycle, GGI purchases one bicycle for a child in an impoverished community.

Sidekick Cycle is a one-touch downhill biking game where the player blazes a trail to victory on over 30 tracks in Africa and North America. Skills and bravery are needed to endure hazardous terrain while pulling off gravity-defying tricks and delivering bikes to kids in need. Bikes can be customized with an assortment of helpful Sidekick companion animals, each of which offers its own distinct ability, allowing users to customize their tactics by combining different powers for extraordinary results. Players can also personalize their avatars and rides. 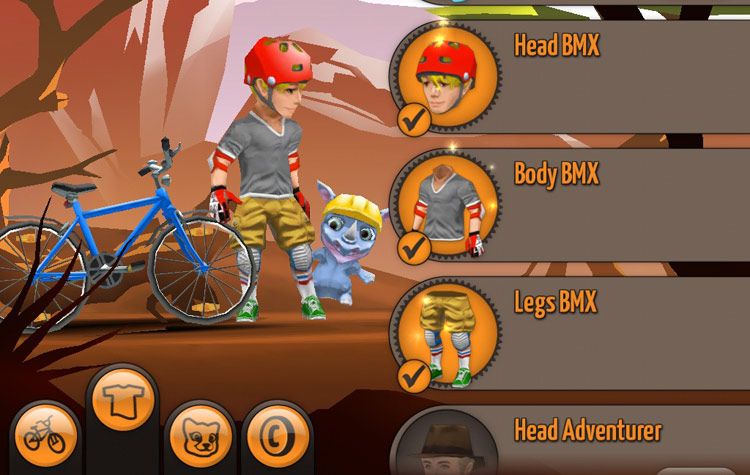 This is more than an addictive game, it is a vehicle to make a positive impact in the world. By purchasing Sidekick Cycle, players contribute: Global Gaming Initiative takes 50% of the proceeds from sales of the game and donates them to World Bicycle Relief, a non-profit group that has given over 120,000 locally assembled bikes to students, disaster victims and healthcare workers in Africa since 2005. The title also aims to raise awareness of the fact that bikes can make sure a kid attends school every day, as well as provide daily healthy activity. Global Gaming Initiative’s mission is to connect communities all over the world to make a difference.

“Combining the speed and excitement of downhill bicycle racing with an innovative design crafted specifically to incentivize micro-giving, Sidekick Cycle makes it easy and enjoyable for gamers to impact the lives of others,” said Elizabeth Sarquis, CEO and Founder of GGI. “We’re not just a game company – we’re a giving company – and today represents the realization of that dream for us. It’s all about ‘change in your pocket’.”

Developed by It Matters Games in Berlin, Germany, Sidekick Cycle is now available for the iPhone, iPad, and iPod Touch through the App Store for $0.99. It is a universal app that is GameCenter enabled. An Android version is coming this fall.
Tweet

More in this category: « Infaction - Siegen BMX Kids Camp 2013 from Aksel FATBMX Kids Session at the Helm Trails. By Philip. »
back to top