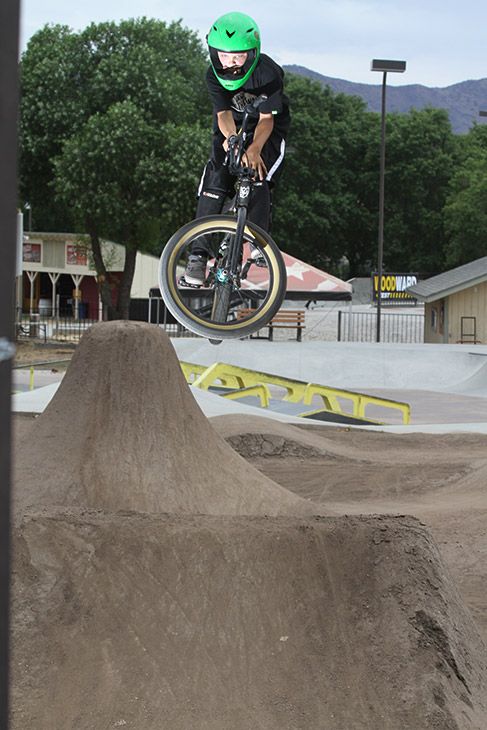 Day five from our California trip went something like this:
We woke up early because I wanted to ride again. My parents told me it was way too early for that so we went outside checking the animals. We saw some deer and rabbits and in the air some eagles. We took some pictures and finally I was allowed to put on my safety gear even though my parents told me we had breakfast first. Fully equipped I was standing in line for breakfast which started at eight o'clock. I took de cornflakes without milk because I couldn't find the milk and we met Mike McGill, one of the original members of the Bones Brigade who was picking up his kids who stayed at Woodward for a week for skateboard camp. I didn't toast my bagle or my bread because I didn't know you are supposed to do that. It tasted alright anyway.

I rode the whole day, drank a lot of Gatorade, took a little swim and ended the day with a goofy bowling session which I won! I entered the gate at 8 in the morning, and left the facility at 8 at night. I was toast but had the best time ever.
Read more
Kids

FATBMX KIDS Goes USA part 4. Made it to Woodward! By Philip de Jong 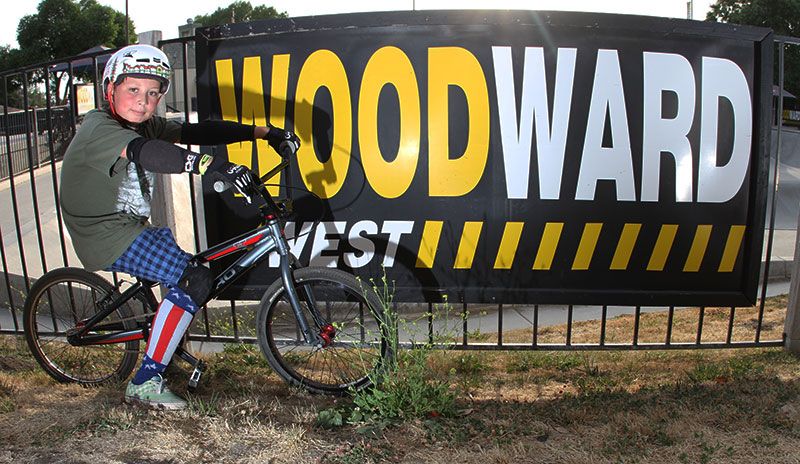 Day 4 at the States. Hi Everybody, Philip here to talk about my fourth day in the States. First we had to collect our stuff to go to Woodward West. We took our car and started our trip to the place I have been dreaming about for a very long time. First we went to Hollywood to watch the big letters in the mountains as we see it on television. After seeing a bit of hollywood I asked my dad to turn to Woodward because I couldn't wait any longer. Before arriving at Woodward we checked out Carl's Jr. I took
Read more
Kids

Rad Like Dad is excited to launch our official Rad Like Dad clothing brand in addition to the BMX brands that we currently offer at radlikedad.com. Co-owners Matt & Tessa Bischoff and Ashlee & Nate Wessel launched Rad Like Dad a little over 2 years ago with the exclusive online store selling BMX branded shirts for children. We offer small logo tees of
Read more
Kids 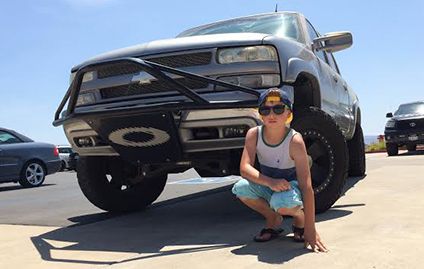 One of my dreams came through by going to the USA. I love it here. On day three I woke up at 5 o'clock in the morning and everyone was still asleep. Back home it was 14:00hr already so it is difficult to get on the USA program. My sister woke up too and we just chatted for a few hours. It's sunny every day so we went to the swimming pool in the morning. Our house is close to Oakley so we went there to check it out. The building is incredible. It feels like starwars going in the building.
Read more
Kids 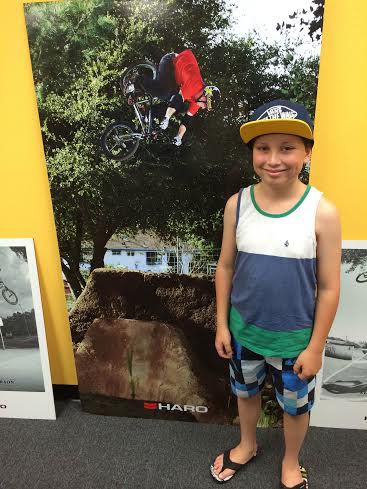 Hi everyone. Day 2. In the morning we went to the supermarket. Everything is big there. Big packs of milk, big bottles of syrup, much bigger than back home. We dropped everything off at Robert's house where we are staying. After that we drove to Huntington Beach in the rental car to explore the town. I love the rental car. It's a Chrysler Town 'n Country minivan. Everything is electric and it has nice seats in the back.

When we got to Huntington Beach we saw that they are preparing everything for the Vans US Open. It is going to be good. We needed to pick up a bike for Veerle at Todd Lyons' house but before we got there we stopped at Taco Bell. I got a Dorito taco and liked it a lot. We will be back at Taco Bell again for more.

When we got to Todd Lyons' place we got to see his new garage. It was almost finished. I liked the little dog that they had but it wanted to bite so it had to go inside. We heard the bike for Veerle
Read more
Kids 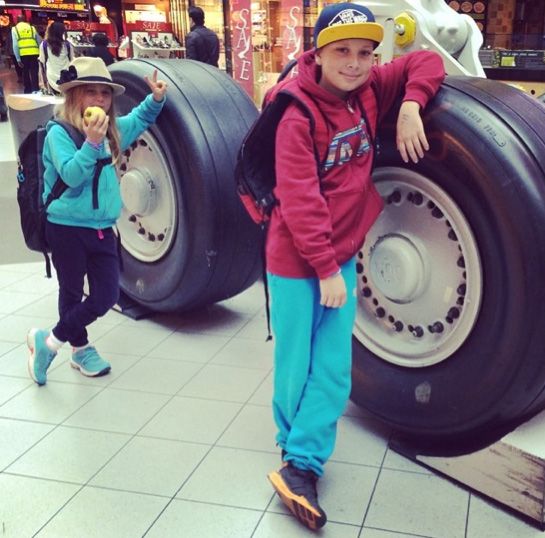 Hi everybody. This is Philip. I want to tell you something about my first trip to the USA. I will give you an update of the trip every day. Hope you like it. Tuesday was a big day for me. I wanted to go to America for a long time and Tuesday it was happening. We took a train to Schiphol for my first flight. My bike is in the Eastpak bag and I hope it will arrive in the USA when I get there. It is a lot of work before you are on the plane. A lot of passport and ticket controls and finally we were in the plane. I had a seat at the window so I could look outside. The plane made a lot of noise and then it went in the air. It was nice to see the small houses. I had a little screen in front of me and watched some movies, like the Lego movie. It took a long time before we were at
Read more
Kids