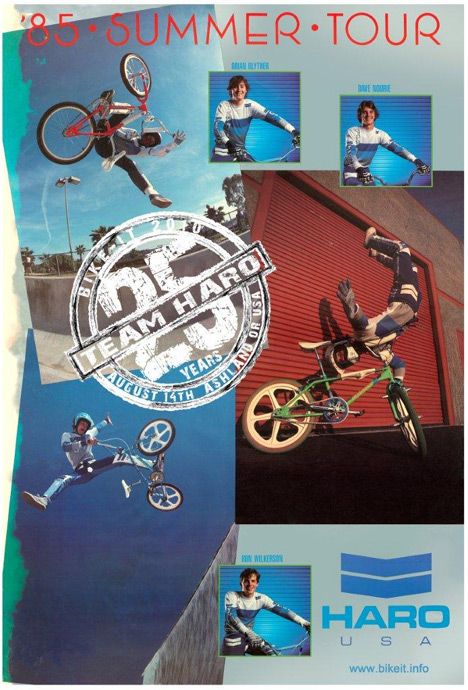 Not to be missed this one. If you expereinced the HARO Freestyle show at the World's in Cologne, you know how good it was. Here are the details;
-Bike It 2010
-Ashland, OR
-Saturday, August 14th 10a-7pm
Come see one of the greatest Freestyle Teams of all times performing at Bike-It on their original 80’s Bikes, Ramps and Outfit. Come and celebrate the 25th anniversary this summer.

The father of Freestyle Bob Haro is coming over too. 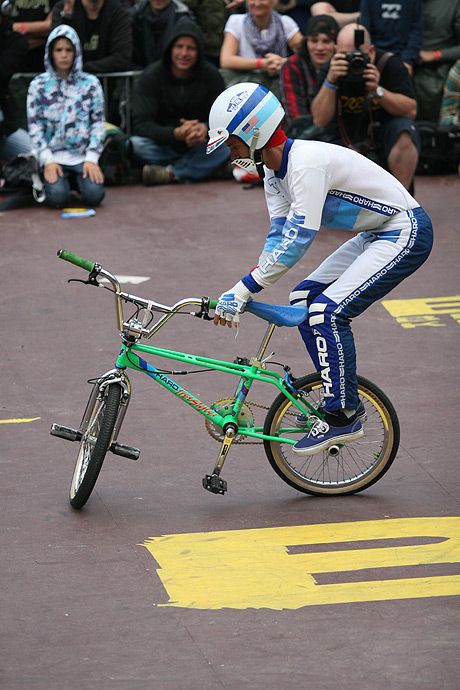 will be attending the man behind creating the sport and this amazing team.

Free Bike Jam for all ages Nourie’s Show Raffle – everyone who attends gets a free raffle ticket Drag Races Show and Shine Classic BMX Bikes KB’s Crazy and Unique Bikes to test ride and play on Haro 25th Anniversary Show 1985 – 2010 – Come see some of the pioneers of the sport of Freestyle perform a quarter of a decade latter. Food, Music and Vendors