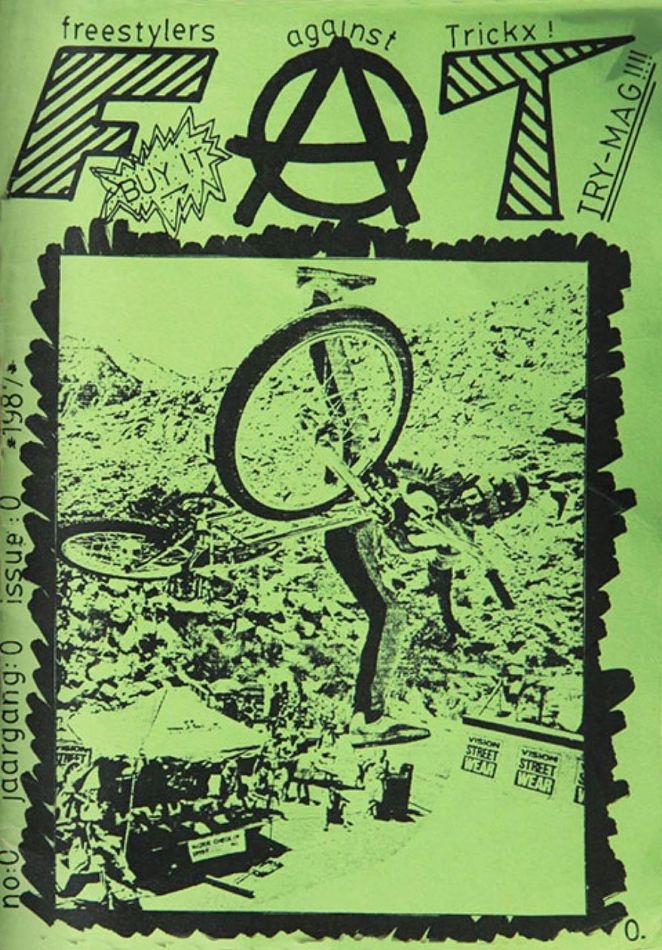 35 years of covering the BMX scene: 1987 - 2022 FAT! ISSUE 00. The official start of FAT was in 1987. It's 2022 now. That makes it 35 years of covering the BMX scene trying to make it bigger and better for everyone to enjoy. Find the info on issue 00 below and then flip through every page by hitting the link at the very bottom. We're starting off with issue zero here which was fueled by the fact that a Dutch BMX magazine (Trickx) started putting more racing and international freestyle riders in their magazine instead of the Dutch riders.

It all started in 1987 and we were young and stupid. There were no computers in sight and the internet had to be invented for most of us. Markers, scissors, photocopies, rulers, the typewriter, these were the things you had to slap a 'zine together.

Issue 00 already had a free sticker page. It actually came with two free stickers; one of the Freestyle

Force (or Freestyle Freddies as Carlo Griggs used to say) and a FAT sticker. Please note that these stickers were handmade by Paul and myself. The time we were watching TV at night was shared with making stickers. 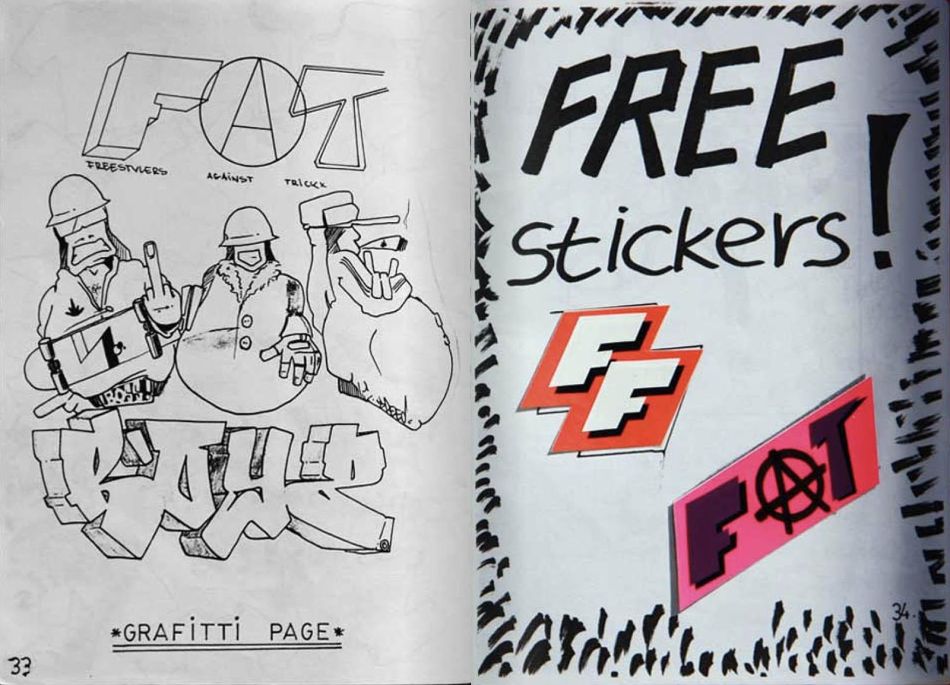 -Hit the street (Paul and I in skate mode)
-World BMX Freestyle Championship England
-RAD-LAME list (in 1987!)
-We got a little aggressive on page 16
-Hulsbeek, Oldenzaal check. The spot is still there.
-Muenster, Germany spot check. The Titus Ramp
-Believe it, or not!? news section
-Graffiti page
-Street style

+ tons of misspellings, stolen photos, more skateboarding and other bullcrap. Hit this link to flip through the issue.

FAT-'zine continued where TrickX folded. More of these 'zines will pop up on FATBMX.com in the next months. One per week. Enjoy the read.

More in this category: « 1975 NBA BMX promo film by SUPER GREAT DAY Video Network Mike Dominguez on the Rominske Halfpipe! by Aaron Rominske »
back to top