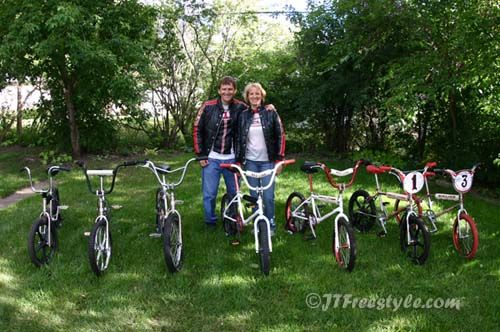 JT has been a fan of Stu Thomson since he opened up his first BMX News magazine back in '75 when Stu was doing a "Helicopter" (360) that blew JT away. JT had to have a Redline Squareback and continue to BMX to this day! With the buzz on the awesome Stompin' Stu DVD thought JT would combine some of the Stu rides in which some saw live at Rockford BMX Gathering, including Stu and Tanya. First up is his original Squareback that was similar to Stu's setup but this one is exact. JT fills you in on more: 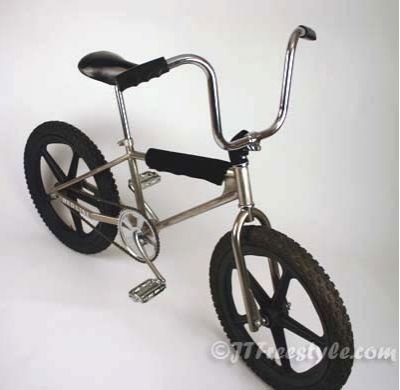 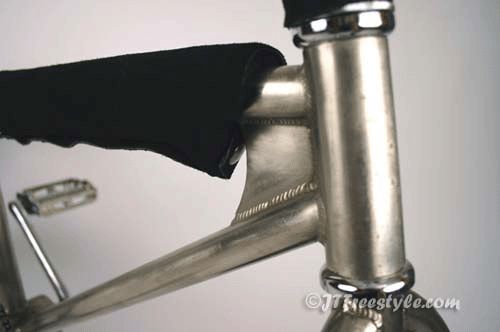 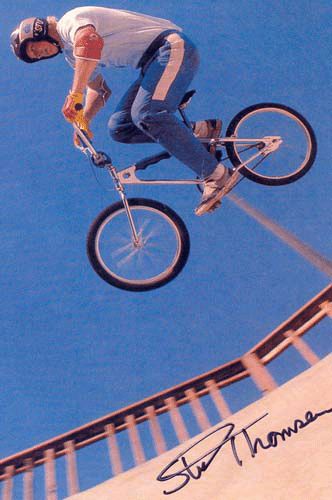 "As it happens, the best at racing is also the best at riding bowls" Bob Osborn.  The Vineland skate park had a skateboarder that wouldn't let anyone ride a bike but after stating that a bicycle could show him up he let Stu in.  The skateboarder does a few moves and then asks Stu to ride.  Stu walks over to the 15' part of the bowl, sets his coaster brake, then drops straight down the vertical wall then on the other side pulls a one handed aerial!  Stu then proceeds to fly up the other wall to do a one hander one footer and everyone is blown away!

Stu went big in everything from jumping, racing, and pool riding.  He could ride anything and before "Freestyle" was coined Stu was doin' it!  Scot Breithaupt didn't have the SE bikes completed yet so the team rode on some Team Mongoose frame and forks for a few months until the new SE's arrvied. It was awesome to see Stu reunited with his freestyle bike at the Rockford 2009 event and had some great memories of that incredible day of riding Vineland! 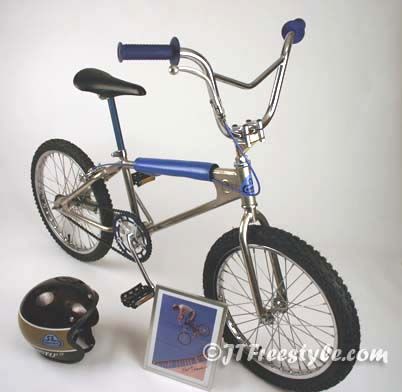 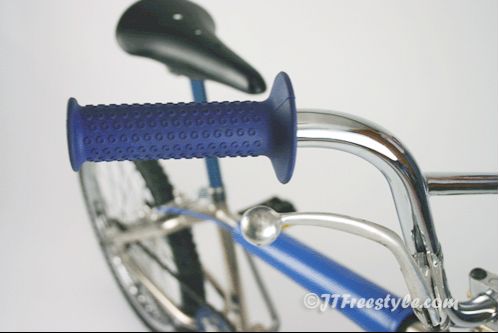 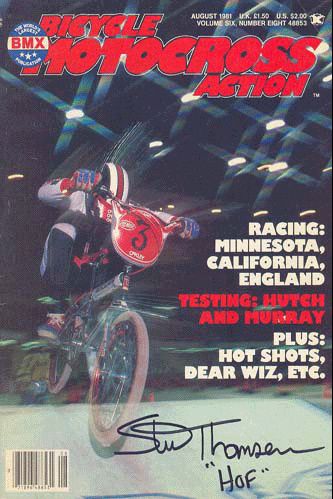 Stu left SE racing for Redline and with Stu being the #1 ABA Pro this really boosted sales of Redline and Stu's career.  Redline offered Stu the opportunities to expand his career which became a historic relationship.  The Redline team was "the Team", top quality products, National titles, NORA Cup winner, and great spokesperson/ambassador for BMX.

In 1980 the ProLine was modified with a stronger rear dropout, lighter forks, same 5" head tube, and geometry change for better handling.  The ProLine was designed for riders 5'6" or greater and the MicroLine products for under 5' 6". Redline introduced a new catalog featuring Stu and his brother in-law Greg Hill.
* New Super ProLine (brute) 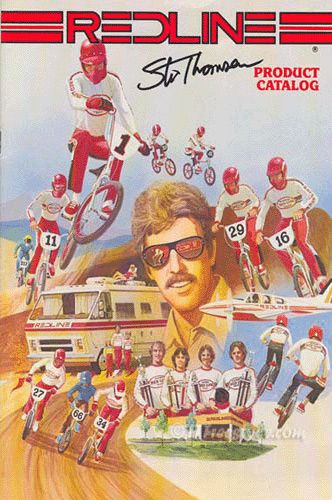 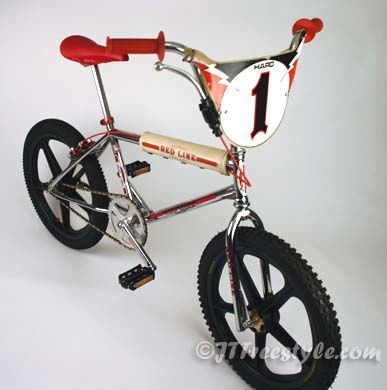 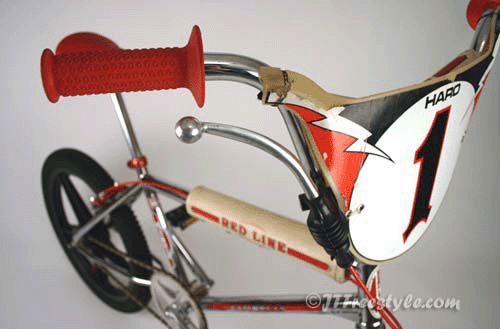 Being from Minnesota and seeing Stu race this bike, I had to build it.1981 the Saint Paul Civic Center hosted the Rondo Classic indoor race here in lovely Minnesota.  The shot of Stu speed jumping is etched in my head for a lifetime after Bob Osborn shot the same angle I was at.  It was awesome to see Stu race here indoors and to honor that thought I would slap together that ride of his.In 1981 the ProLine was modified with tapered fork legs and new dropouts.  Late in 1981 they introduced the single pinch flight cranks to snug up on the spindle without loosening.Stu really enjoyed seeing this bike at the 2009 Rockford Vintage gathering. 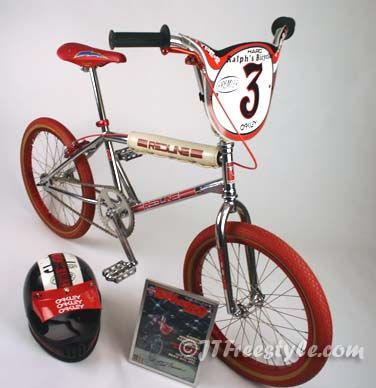 Stu, thanks for being such a positive role model both on and off the track!  You've contributed so much to the sport of BMX and continue to do so! Hope you all enjoy the bikes as much as the Thomsen's did.

More in this category: « European BMX (racing) Hall Of Fame. By Gerrit Does Found! a SE SRT-1 frame! Up for auction soon. »
back to top