Putting the Red Bull Framed Reactions course together. The building crew in Amsterdam. By BdJ 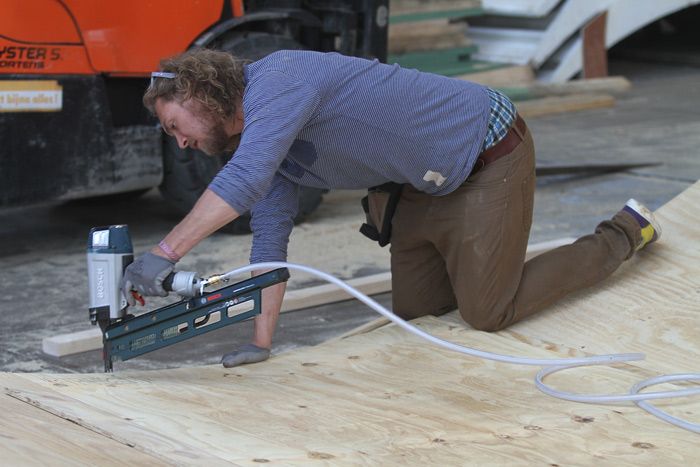 Ramp building is something a lot of people can do. But when it comes down to designing and building in a short period of time, you will be able to decide the men from the boys. Currently a crew of ramp builders have made it to Amsterdam to finish up the course for the Red Bull Framed Reactions. Instead of starting from scratch, the crew had a lot of ramps available already as all the Red Bull Skylines ramps had been transported to Amsterdam a few months ago. But the ramp set-up in the Westerpark next week won't bee the same as the
Read more
Scene Reports 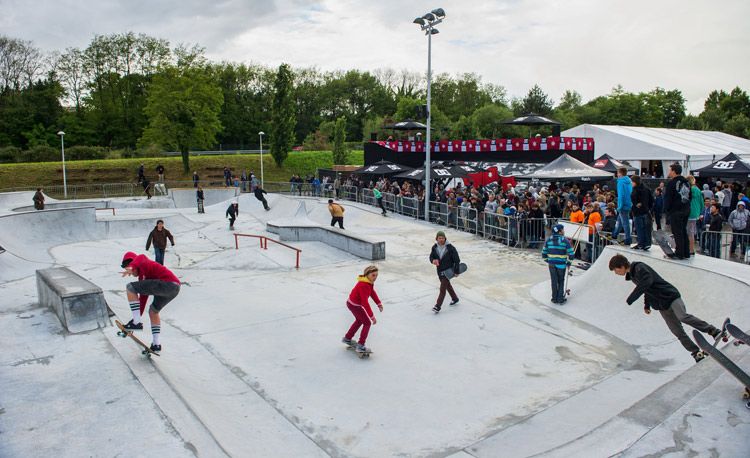 Despite the bad weather Peyuco Duhart, Mayor of Saint-Jean-de-Luz, Pierre Agnès, Andy Mooney and Bob McKnight from the Quiksilver Group officially opened the Skatepark 162 on Tuesday, May 28th. Some amateurs and professional skateboarders from the DC team enjoyed a short sunny spell to show some tricks to the public. Then, the evening ended with a concert by the rock band"The Ringo Jets". This 1200 m2 public concrete spot, located in the Jalday area is the result of a Partnership between the Lafitenia association and the town of
Read more
Scene Reports 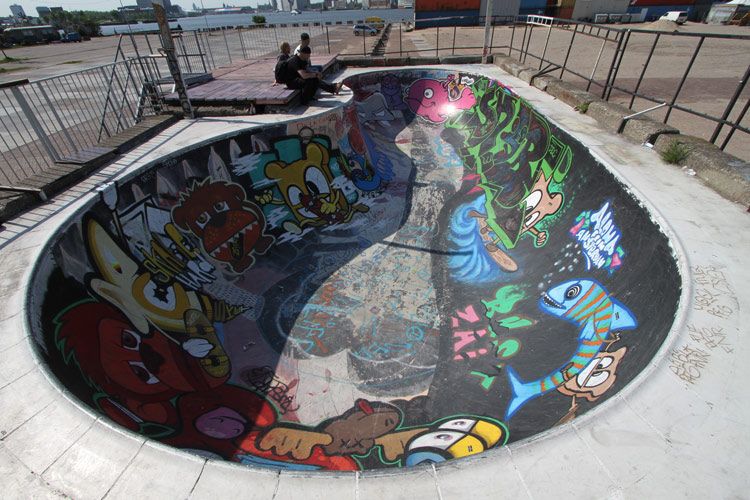 Amsterdam isn't a city I visit all too often but with the Red Bull Framed Reactions event coming up I was in town a few times already this year. I'd heard about the new bowl that Miktor and Molf put together as an art project. It doesn't matter where the money comes from, as long as there are more spots to ride. This one however is hidden on the NDSM warf in Amsterdam north. Actually it's only 100 meters from Skatepark Amsterdam and 50 meters from the Red Bull offices. But still you won't see it.
Read more
Scene Reports 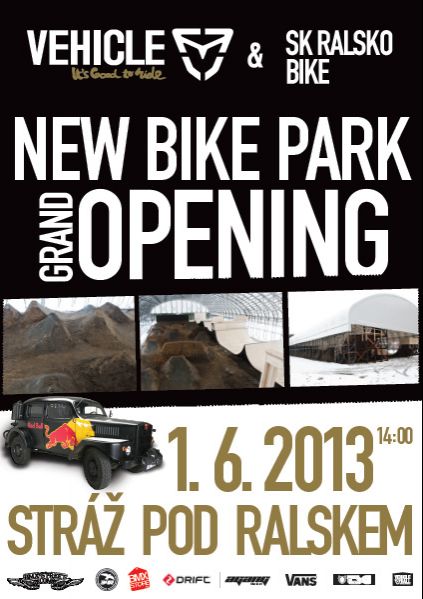 1st of June at two o’clock this is the exact day and the exact hour of GRAND OPENING. On that day, we will open new part
Read more
Scene Reports

FATBMX is on a Cali trip at the moment and Instagram is our friend. The photo updates represent what we're up to on this annual journey. Follow us on Instagram (FATBMX) to see the photos first and feel free to Like or Comment on the pictures. You might be interested to see what went on at the Vans park during the Premium BMX comp, or the Boozer jam, or
Read more
Scene Reports

WOODYARD build off! How to turn a backyard into paradise. 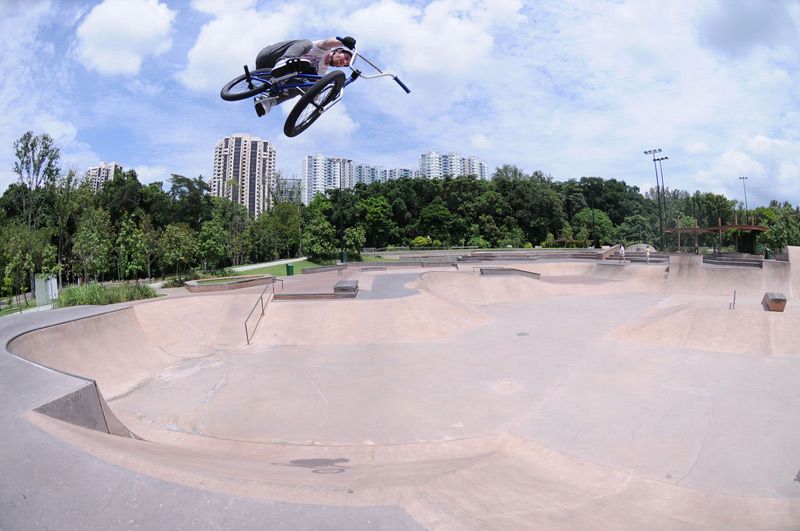 5 riders, 3 weeks, 3 countries: the FURTHER road trip through South East Asia has begun! Take 5 riders from 4 different countries who have never travelled together before, give them 3 weeks and send them to South East Asia and what do you get? Well, here’s a first look at what Devon Smillie, Brad Simms, Jason Phelan, JB Peytavit and David Budko got up to the last few days. Riding amazing skateparks, shredding street spots in Singapore (without getting thrown in jail), exploring the streets and riding dirt in Kuala Lumpur, Malaysia,
Read more
Scene Reports 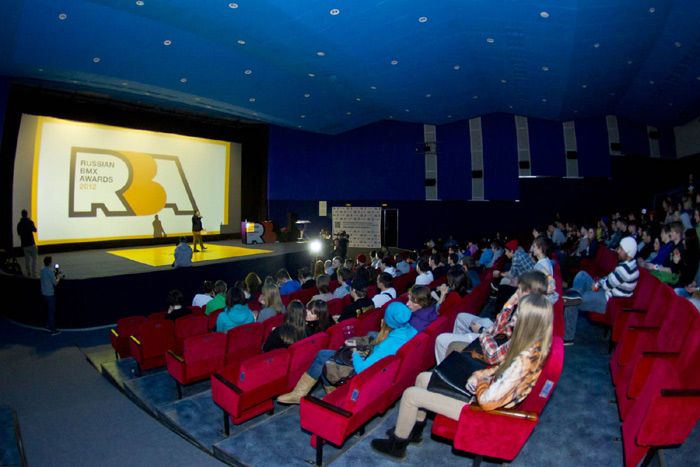 Last week the Russian BMX Award show took place in Moscow. It's the Russian version of the Nora Cup which they've put on for the last couple of years. It's a legit event, put on by BMX-ers for BMX-ers and it gets the scene together in the heart of winter. And cold it was. -25 at night, but once inside things were warm and comfy. For this year's edition Aaron Ross and Matthias Dandois along with myself received an invite to experience the event. Aaron couldn't make it because of a bum ankle but Matthias and I met up in Prague and took the last plane to Moscow.
Read more
Scene Reports 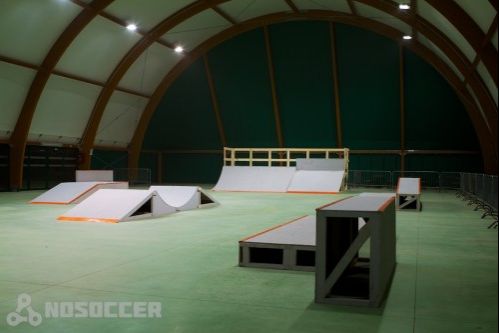 A lot of times it comes down to the same people caring about the scene. In Italy they've got a crew with a BMX passion called NoSoccer (Alessandro Civera, Frederico, Angelo). Their latest project is getting an indoor place to ride for the winter. Easier said than done but the place is ready and for 5 Euros per session you can ride till the end of February 2013. Beats the cold, the rain and the snow.