Houston we have a problem. Sign petition to allow bikes in Houston's action sports park. 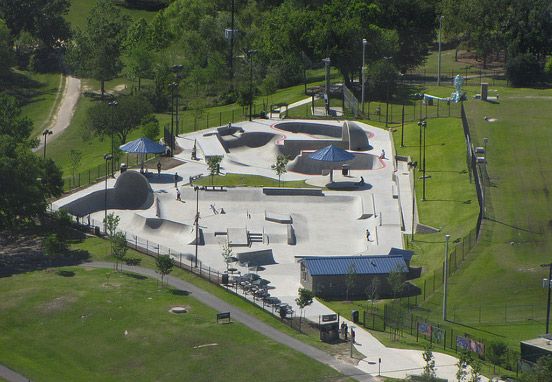 The City of Houston and Houston Park & Recreation Department have decided to limit access to Houston public skateparks to skateboarders and inline skaters. We attended a City Council meeting to address this topic and they issued a memo that conflicts with the parks's signage and HPRD website disallowing bicycles. The memo states bicycles are allowed at the 5 "above ground" prefab metal skateparks but not the $2 million Lee and Joe Jamail (downtown) concrete skatepark. Reasons stated for disallowing bikes into the


downtown park include: it "is a relativley compressed skatepark and is not designed for bikes and skateboards to co-exist. The skatepark was built with private funds for skaters."

Currently under construction is the U.S. largest public concrete skatepark. This park is in the Greesnpoint area at the corner of Kuykendahl and Rankin Rd. Bicycles are not to be allowed here as well despite the size and use of public funds to build the park. Ok, say we buy their argument for disallowing bicycles in the downtown park. Then why are bicycles disallowed in the U.S. largest skatepark?

Please help us fight discrimination by signing our petition, spreading the word and contacting your City Council Member to express your concern. Keep up to date here.

More in this category: « On the road with Zorg Bikes. By Nick Noble. Woodward West Adds Massive MegaRamp »
back to top