Written by  Bart de Jong
Read 27874 times
Alansbmx.com are pleased to announce a sponsorship agreement with Madison for the 2007 BMX race season for their brands Shimano, Thor and Giro. Shimano through Madison will be supplying the all-new DXR groupsets to the BCF’s number one team for 2007. The Team riders will be running full DXR groupsets on their machines which comprise hubs, brakes and cranks. A display bike will be present at all BCF National BMX events showcasing the SHIMANO DXR range. To reflect this partnership the team will be known as ALANS/SHIMANO DXR. 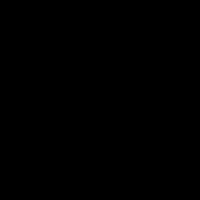 The Team The Alansbmx.com race team – #1 ranked team in the British Cycling Federation National series this year – consisting of 10 factory riders, male & female aged between 6 and 40, riders will all use Supercross and Avent frames and wear Thor clothing and Giro helmets. For 2007, they will compete in the British Cycling National series, plus selected UCI European events and the UCI World Championships to be held in Vancouver, Canada in July.

Alans BMX Alans BMX, founded in 1981, celebrated 25 years in business this year and is one of the founders of the UK and European BMX scene. With two retail stores in Wigan, Lancashire, Alans has one of the most popular websites in BMX, currently employs 10 staff and has major expansion plans for 2007. 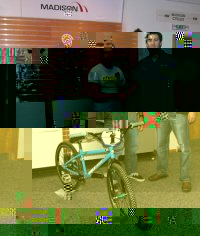 Alan Woods, founder of Alans BMX said “This a very exciting deal, we are honoured to be working with Madison and hope this relationship – aside from promoting our respective businesses & brands – will help generate interest in BMX in general. This is big news and goes to show how BMX Racing is making people sit up and take notice – especially with the introduction of BMX Racing in the Olympics starting in 2008. I have to congratulate all our riders on their achievements this year winning the team title and have to thank Mike Pardon for his help securing this deal. Our aim has been to be the most professional team in BMX and we look forward to stepping up our game even further next season”.

Madison Madison is the UK’s largest distributor of cycle parts & accessories whose product portfolio includes such brands as Shimano, Giro and Bell. It also owns the Ridgeback cycle brand and has recently expanded into the powersports business. Madison Cycles is also the home of Ultimate Pursuits, an award winning ecommerce website for a nationwide network of independent dealers in the cycle and powersports businesses. Matt Rushton from Madison commented “We are delighted to hook up with Alans BMX team, they are the number 1 team in the UK so where better to promote Shimano’s new BMX group ahead of the Olympics? I’m really looking forward to working with a team as professional as Alans and think that working together in this way we can go a long way in promoting BMX racing to a wider cycling audience.” 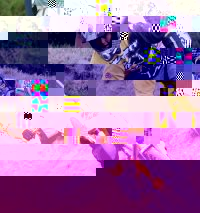 PRODUCT INFORMATION // SHIMANO DXR:
Dedicated to BMX racing Shimano is introducing completely new and innovative components specifically for BMX racing, which will be an Olympic sport as from the Olympics of 2008 in Bejing, China. Shimano DXR cranksets, hubs, brake levers and brakes have been developed in co-operation with experienced BMX racers to offer superior performance for this demanding sport.

Probably the most important component of a BMX racing bike is the crankset. Especially at the start, riders put excessive force on the crank. Therefore the crankset should be very rigid and reliable to transfer the power of the riders directly into speed. Keeping this in mind, Shimano developed the FC-MX70 crankset which is based on the Saint cranks that are being used a lot at this moment by the pro riders. This lightweight BMX crankset has been developed with Shimano’s HOLLOWTECH II technology and integrates the bottom bracket to create a super stiff construction for optimal power transfer. This crankset has a 4-arm spider and a reinforced pedal/crank interface by using a steel t-nut threaded bushing. It has a single front chainring (34/38/41/42/43/44/46T) that’s compatible with Shimano’s 9-speed HG chains. This crankset will be available in following crank lengths: 165, 170, 175 and 180mm.

The hubs HB-MX70 and FH-MX70 have been developed with super smooth angular contact bearings. The freehub features a super quick engagement for fast power transfer which is of vital importance in this sport where winning or loosing is being decided in a matter of seconds. The hubs will be available in 32 and 36 spoke hole versions. The freehub carries single sprockets with 14, 15, 16 or 18 teeth.

Finally a DXR rear V-Brake and a 2-finger left and right hand side brake lever will be available (for rear brake only). The brake features cartridge brake shoe holders and offers powerful and reliable stopping power in all conditions.

These specific Shimano BMX racing components provides for a worry-free and reliable set-up, for racing to the max.

Availability in the market : December 2006

More in this category: « MX-Sunday BMX Champions to be Crowned at 29th Annual ABA GrandNationals + current Points standings. »
back to top